Insects are an extremely efficient and healthy source of daily protein and nutrients, already historically consumed by 80% of the world's cultures - but uptake has been slow in the western world. Why is this?

Pezt attempts to normalize insects in the kitchen - as with most fears, our distaste from insects come from familiarity. We simply aren't familiar enough with eating insects, especially in the form that they currently exist. By taking traditional mealworm-farming techniques and compressing them into a white-goods appliance, we can understand and better relate to the facts of insect consumption instead of letting phobias rule our eating habits. 90% reduction in waste feed, 93% reduction in land use, and a 99.95% reduction in water usage. 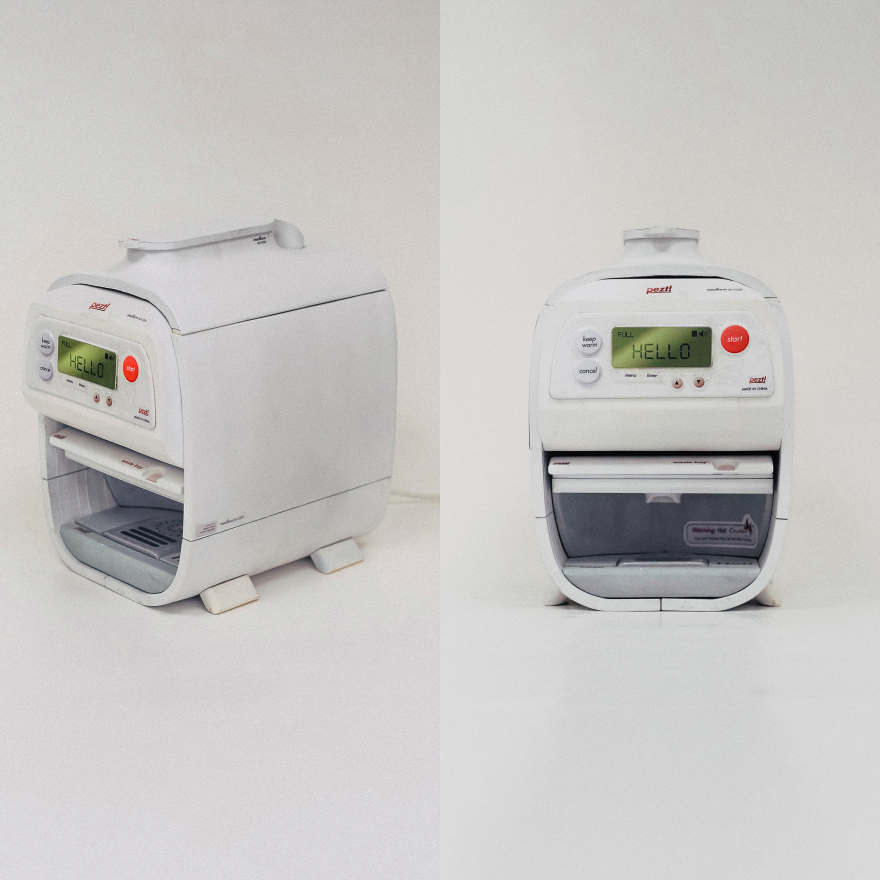 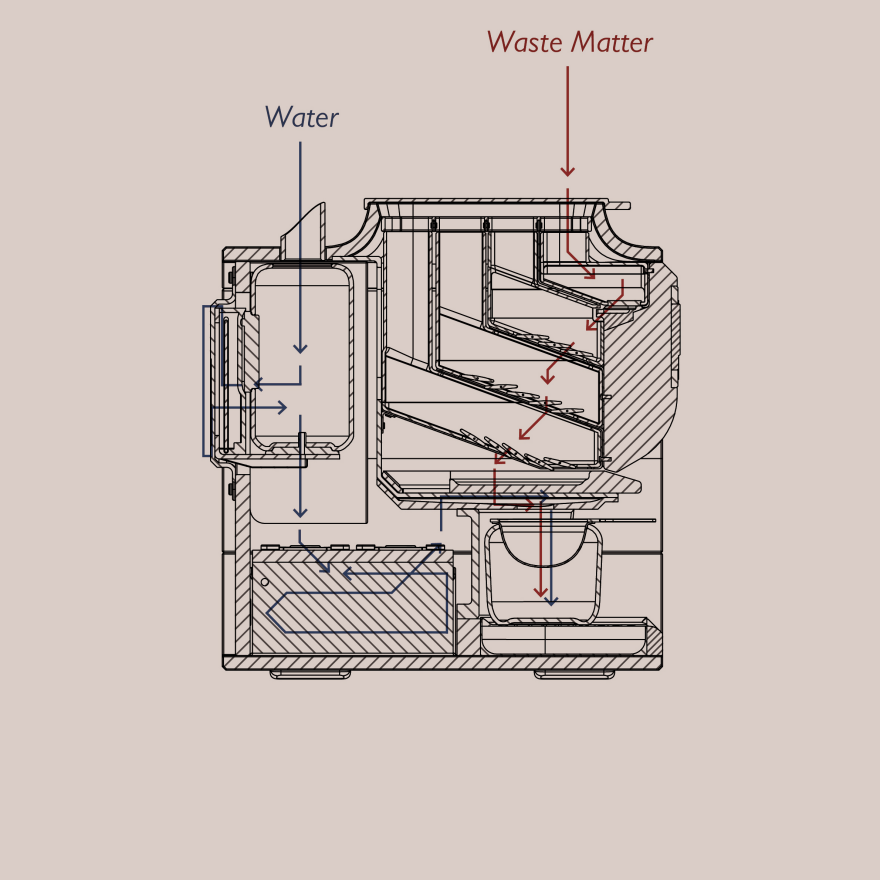 The mealworm travel through the machine via stacked trays, connected with louvre. A pressure heater and water is used for sterilisation. 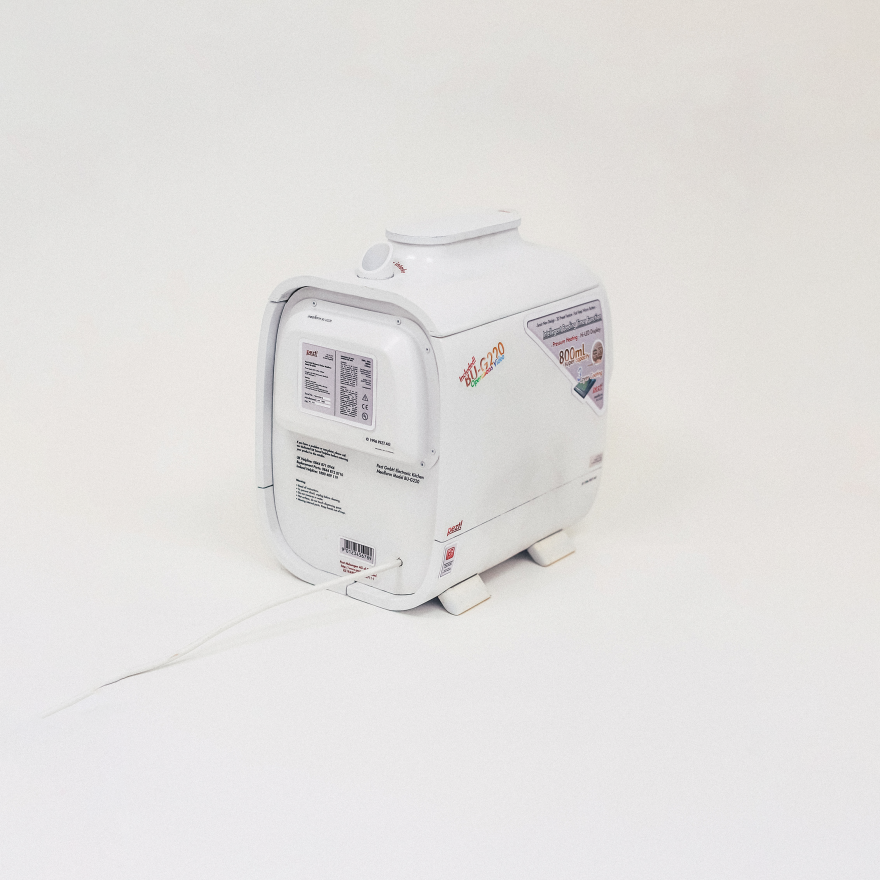 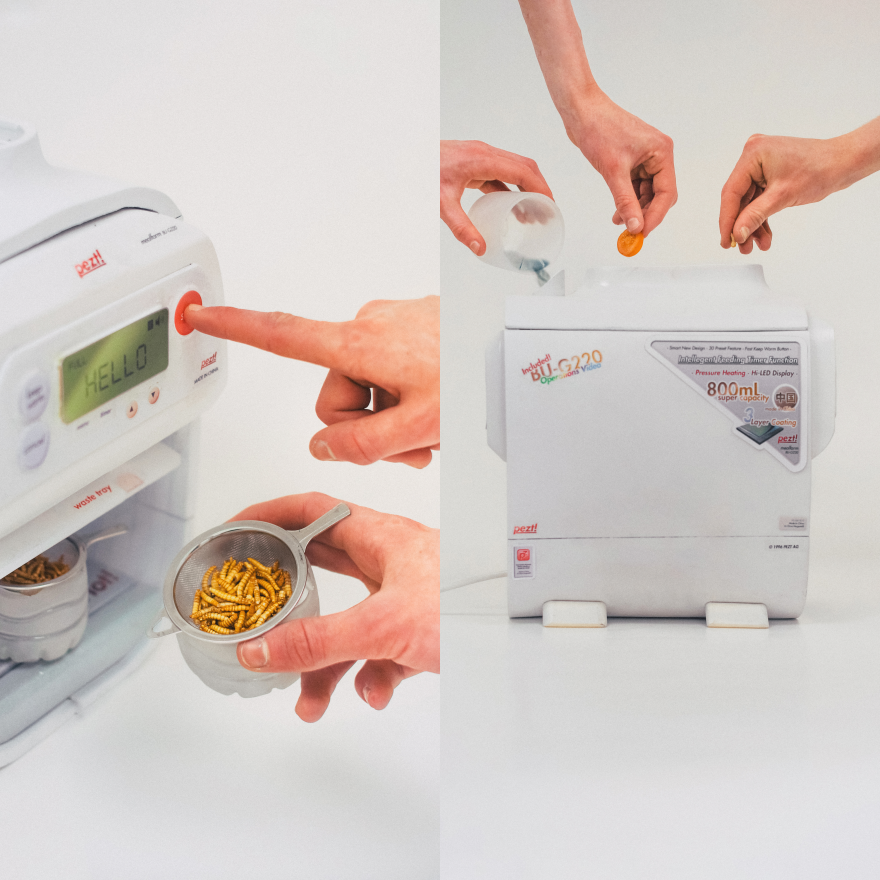 The Pezt is designed with only surface-level interaction, so as that you cannot see any of the insects inside, until they are dispensed at the end of the growing process. 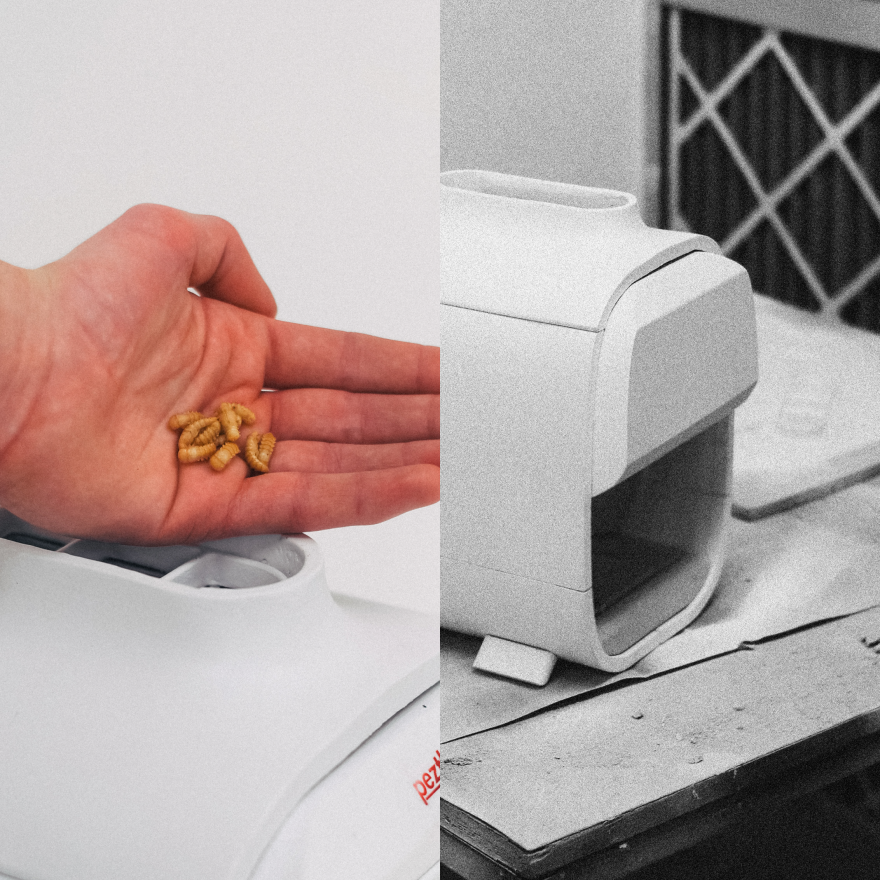 A small pack of meal-worm pupae are added to the Pezt to initiate the growing process. 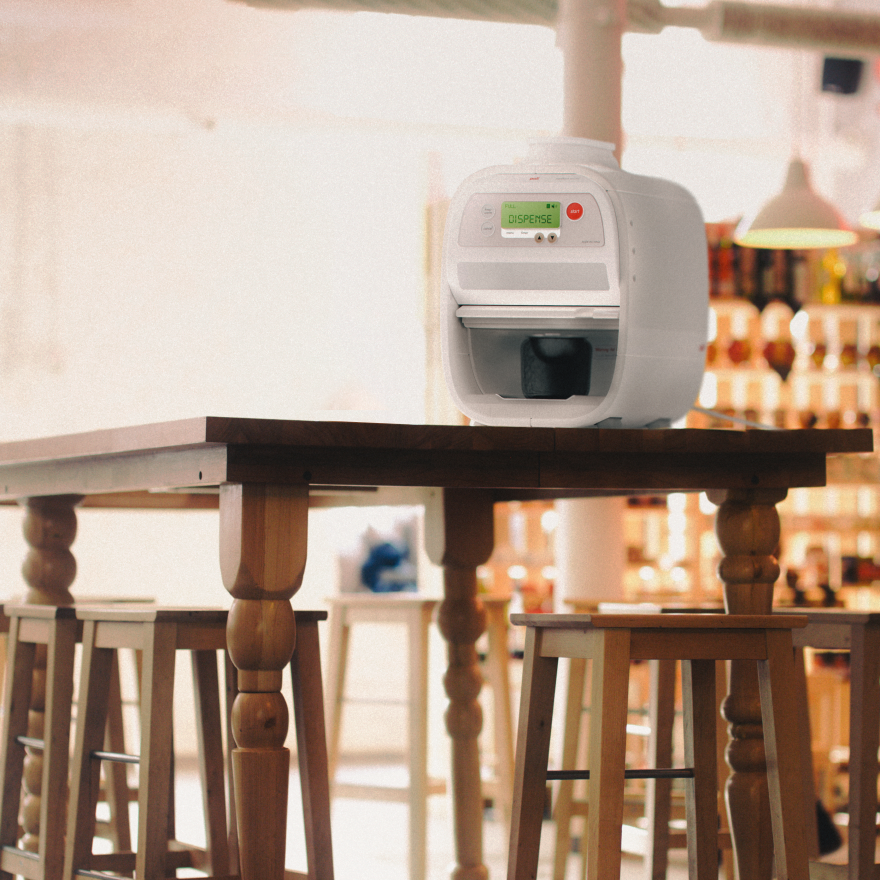 Why should eating bugs be at all interesting? The Pezt BU-G220 is a kitchen appliance, just like any other - for growing, keeping, and eventually eating insects. The main reason behind our distaste for insects is that they are simply too foreign - too unlike anything else we use in the kitchen.

There is no dark magic, nor futuristic technology involved. The secret to allowing criminally healthy, entirely sustainable and ethical food is to look toward the developing world, the history of entomophagy and to make it white, plastic, understandable - and boring.

After dropping a small pack of mealworm pupae into the Pezt, they are cultivated on oats and vegetable scraps - around 20g per week, until they reach maturity at around 6 weeks, and are humanely euthanized entirely within the machine. The process is no different from ordering a drink at a vending machine, or a hamburger at a kiosk.

After researching semiotics, signs, and the connection between food, culture and status; I identified the reasons why the western world has yet to take up insects in the kitchen - and the many benefits of doing so. People simply aren't familiar enough with insects within the home environment, and by creating an accessible and white-goods influenced product to act as a hub for interfacing with insects, we can all benefit without feeling obliged to be ashamed or disgusted.