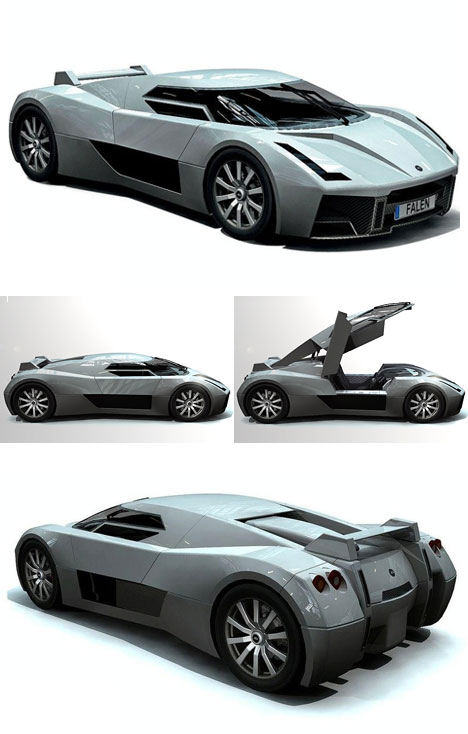 From the Scottish highlands, Dowdeswell & Hardie have announced their plans to launch a prototype of the Falen Supercar at the Geneva Motor Show in March 2009. Currently existing in SolidWorks, a limited run of 4 models are to built (funding dependent) with a full carbonfibre monocoque chassis, carbonfibre bodywork and active rear wing.