Back in 2015, an administrator on the CivicX enthusiast forum discovered an easter egg in the center console of his 2016 Civic: 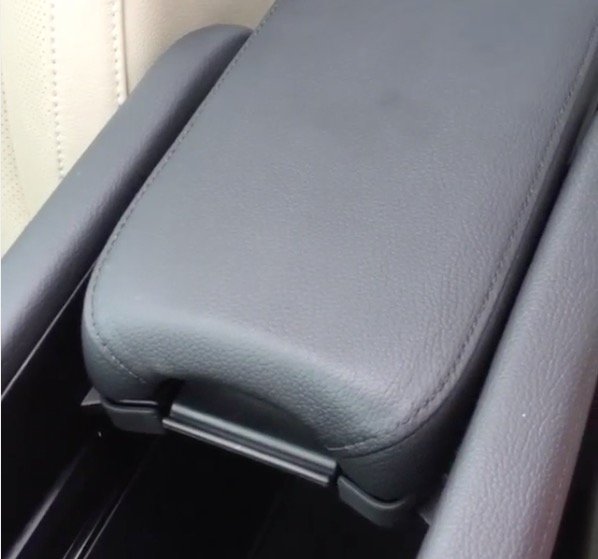 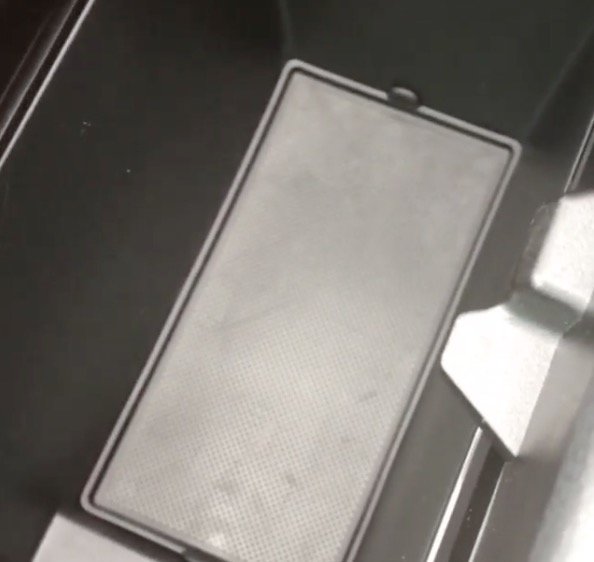 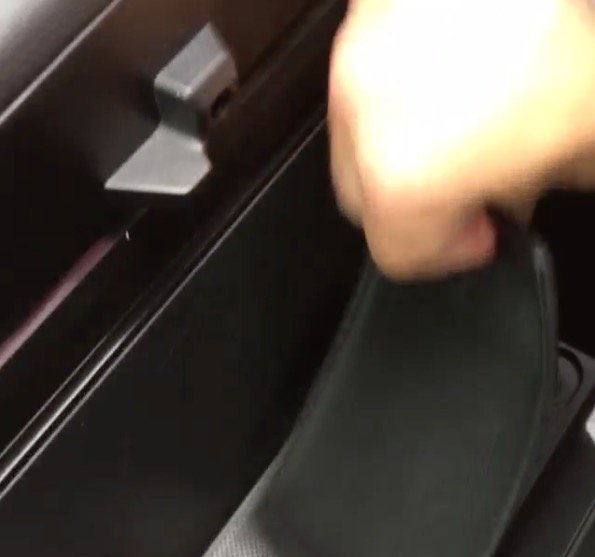 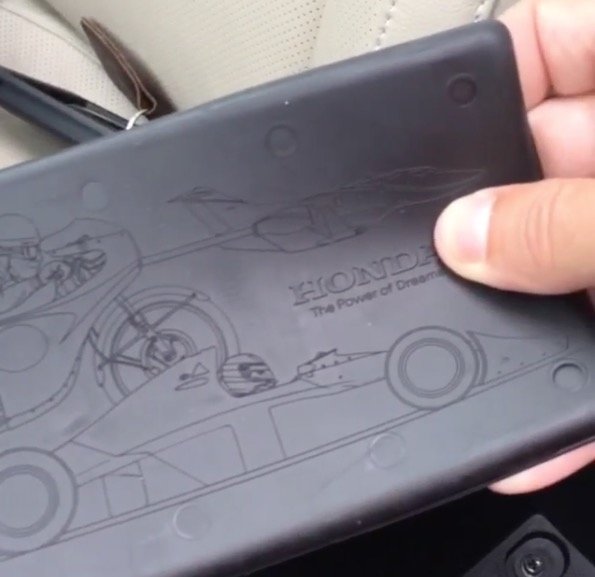 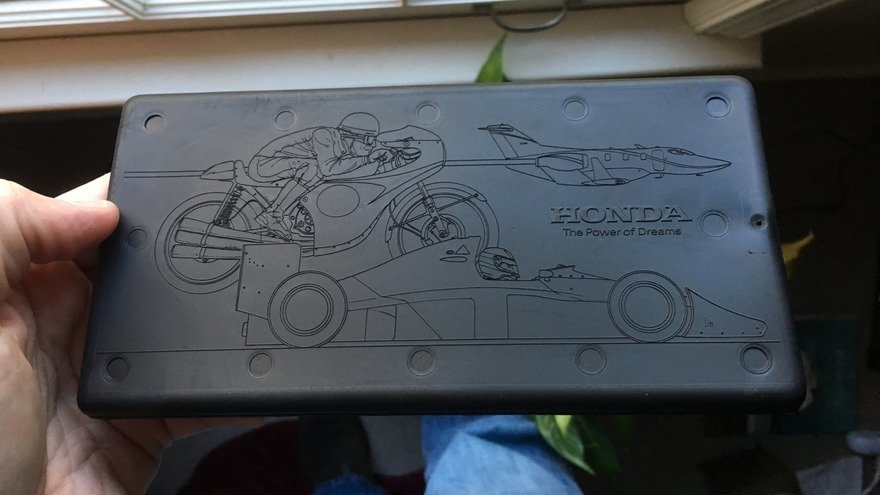 A subsequent thread popped up, with Civic owners eagerly pulling up their mats and submitting photos. It came to light that there were four different designs, showing the HondaJet, the Asimo robot, several Honda motorcycles, the Ayrton-Senna-driven Formula One McLaren MP4/5, and even the Curtiss Special built by founder Soichiro Honda in 1924. 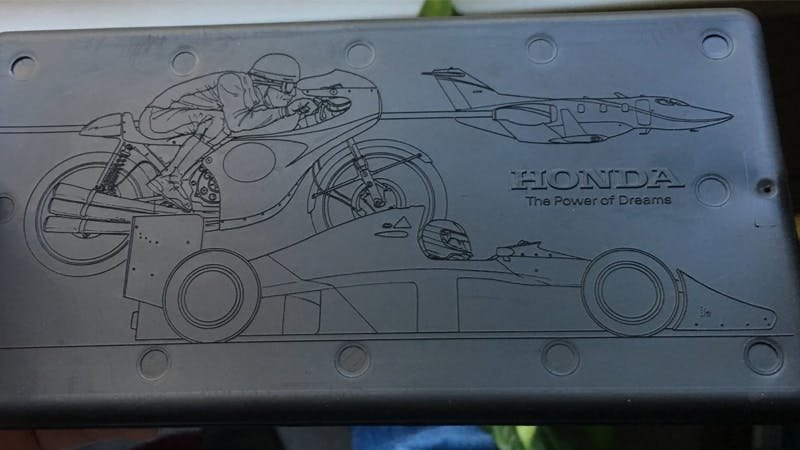 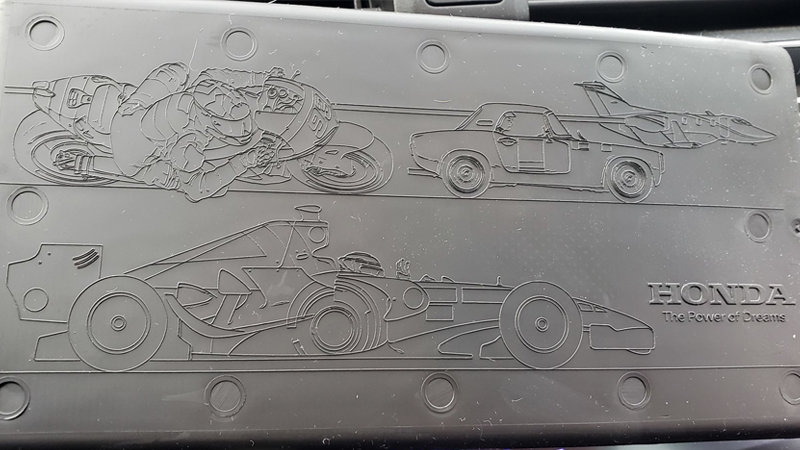 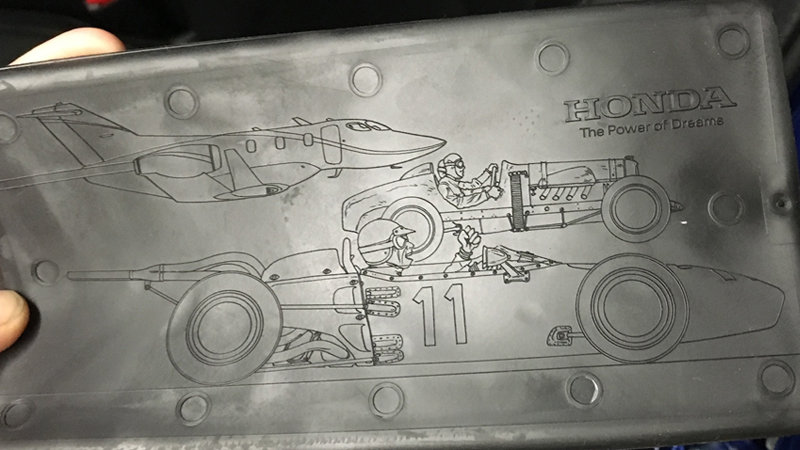 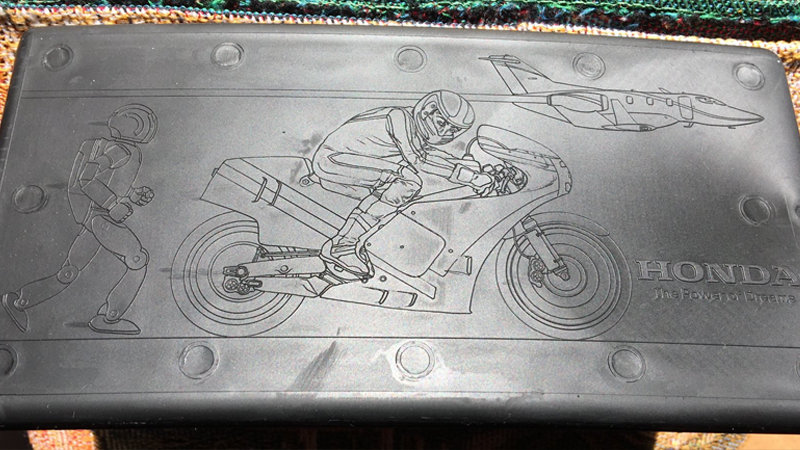 And according to The Drive, lucky owners of Civic sedans built at the Honda plant in Yorii, Japan got a cool fifth design: 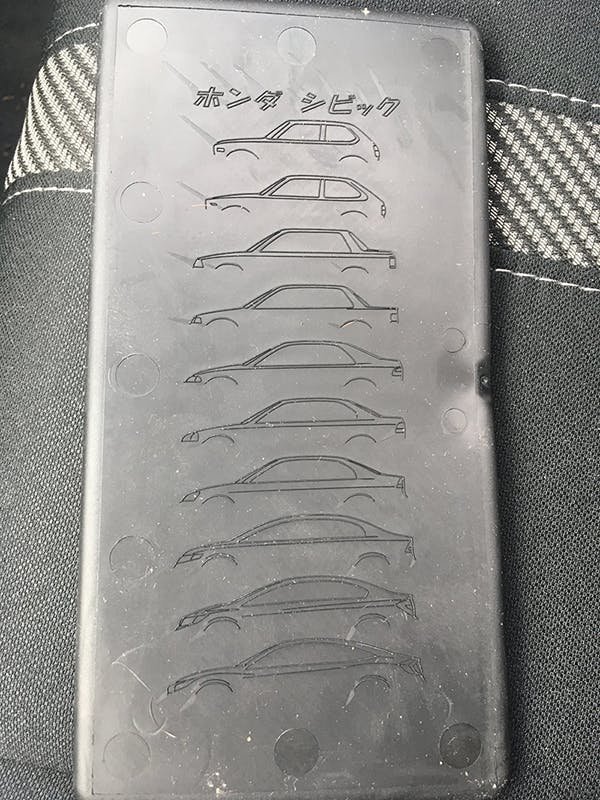 The katakana script up top says "Honda Civic," and those are the silhouettes of all 10 generations from inception to now.

I may be the outlier here, but the 4th generation silhouette is still my favorite.