The Materials-Saving Dutch Design of the Crinkle Crankle Brick Wall

The Fens is the nickname for a particularly arable region in the UK. Flat and coastal, this stretch of eastern England was initially unusable marshland. But in the 1600s, Dutch engineers--who knew all about draining coastal plains, as that's what the Netherlands consisted of--were hired to transform the region into farmland.

In addition to laying drainage and irrigation systems, these Dutch engineers also put up brick walls. These walls had a very different design from what the English were used to seeing. The typical English brick wall of the time was two bricks thick, for stability, and ran in a straight line for the sake of building simplicity. The Dutch design, in contrast, was only one brick thick. To provide the requisite stability, the wall was not built as a straight line, but as a sine wave in plan view. 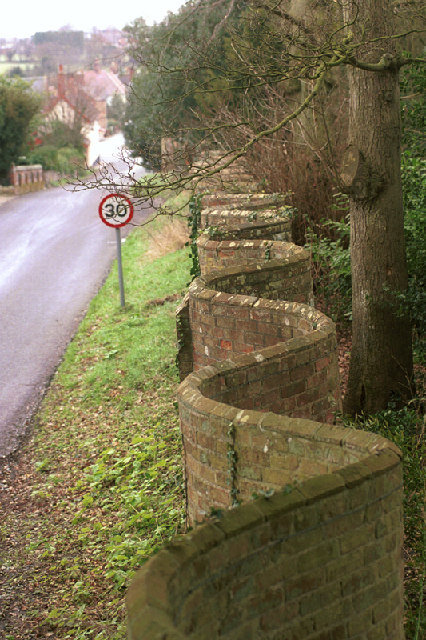 Why do it this way? In addition to providing some aesthetic flair, the design was thrifty. Although a wavy wall would seem to use more bricks than a straight one, the ability to use a one-brick thickness rather than two meant less bricks were used overall. 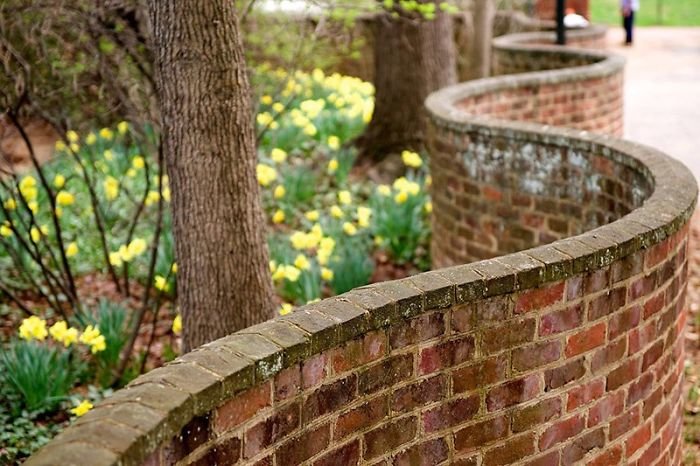 Locally the design was called "crinkle crankle," the Old English version of "zig zag." The Dutch called it slange muur, which translates to "snake wall." Today the Brits still call it a crinkle crankle wall, whereas in America it's commonly referred to as a serpentine wall. 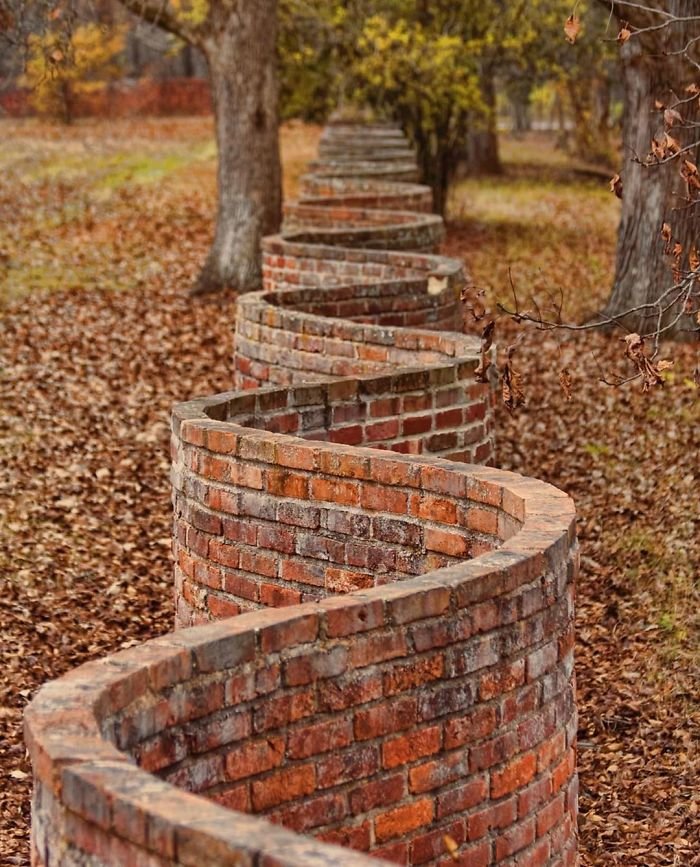 One famous American, Thomas Jefferson, incorporated serpentine walls into his design for the University of Virginia. And that's where the trouble started, at least for this story.

The Materials-Saving Dutch Design of the Crinkle Crankle Brick Wall