Explaining the Design of the Juneteenth Flag

Today is Juneteenth, the holiday commemorating June 19th, 1865, when enforcement of the Emancipation Proclamation finally reached then-remote Texas, officially ending slavery in the Confederacy. (Although slavery was not stamped out of the rest of the United States until the 13th Amendment was passed on December 6th of that year, June 19th remains the official holiday.)

The Juneteenth Flag, designed by Founder of the National Juneteenth Celebration Foundation (NJCF) Ben Haith in 1997 along with Verlene Hines, Azim, and Eliot Design, was fine-tuned in 2000 by illustrator Lisa Jeanne Graf. Communities across America will raise the flag today in celebration. 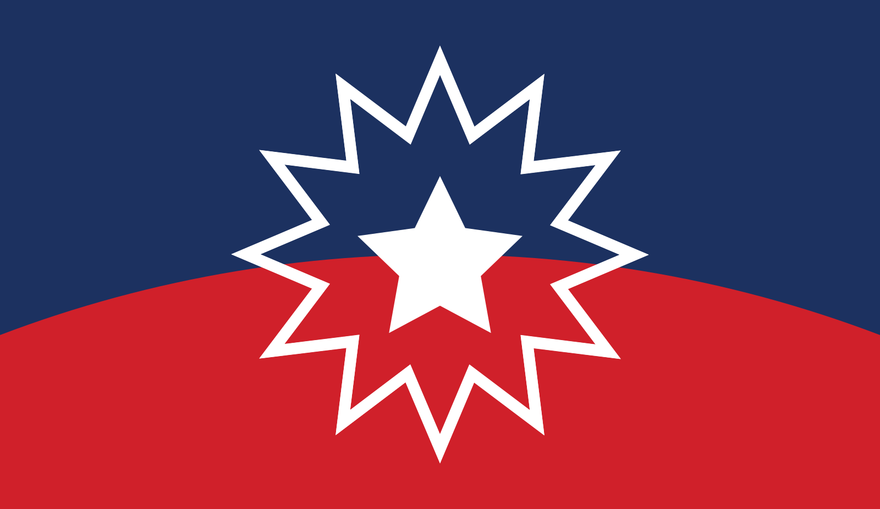 While the colors on the flag are obviously America's colors, here's what the symbols on the flag mean, according to the NJCF: The central star represents "a star of Texas" (i.e. the Lone Star state) surrounded by a nova, meant to symbolize African-Americans "bursting with new freedom throughout the land, over a new horizon," the red arc representing that horizon.

Texas was the last state in the Confederacy to let go of slavery, and the first state to officially recognize it as a state holiday--in 1980, some 115 years later. Today every state except two recognizes it as a permanent holiday. The two remaining holdouts are South Dakota (which has officially recognized Juneteenth only for 2020, though that will hopefully be extended) and, puzzlingly, multicultural Hawaii.

Explaining the Design of the Juneteenth Flag