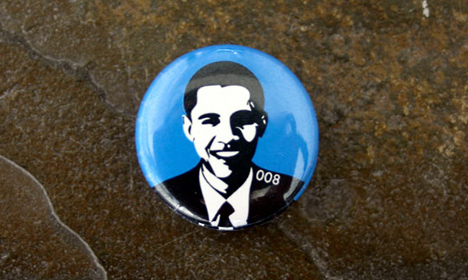 Barack Obama took home the Democratic Presidential nomination last night in Minnesota. As the first African American on a major political party's ticket, this historic achievement, followed for months by the blogosphere, has finally reached an end. Having seemingly touched on every area of the marketplace, Obama's campaign was not only a political coup, but stirred up tons of buzz in the design world as well.

Over the last months, we've seen NotCot cover Barack Button Badges and shwag, Zazzle make a mint on Warhol-esc Obama t-shirts, Shepard Fairey whip up Obama-propaganda and the NY Times position a political debate as "Mac vs PC". These are just the tip of the iceberg; Google images of "Barack Obama Design" and you'll find everything from AirObama shoes to Barack Earrings and Cuddly Dolls. The same search under Hillary Clinton and John McCain reveals a very different visual landscape, mostly that of political satire in the form of cartoons.

An article in Fast Company's April issue sums up this phenomenon. Titled "The Brand Called Obama", the article states:

Politics, after all, is about marketing -- about projecting and selling an image, stoking aspirations, moving people to identify, evangelize, and consume. The promotion of the brand called Obama is a case study of where the American marketplace -- and, potentially, the global one -- is moving.

In a campaign that has embraced Twitter, Facebook and YouTube, Barack Obama succeeded in using technology and design to further not only his political reach, but his emotional impact on voters. The outpouring of inspirational content generated in the form of songs, testimonials and art proves that the American marketplace certainly is moving, and perhaps even...Changing?

see more images after the jump. 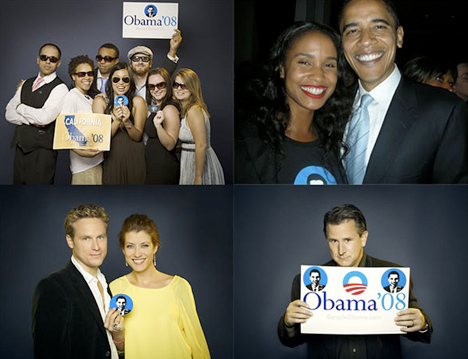 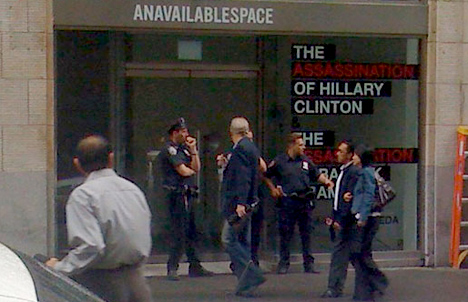 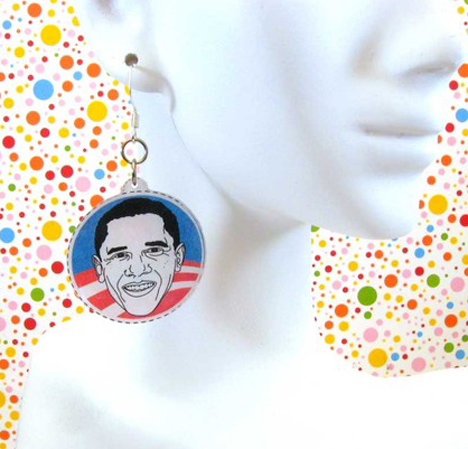 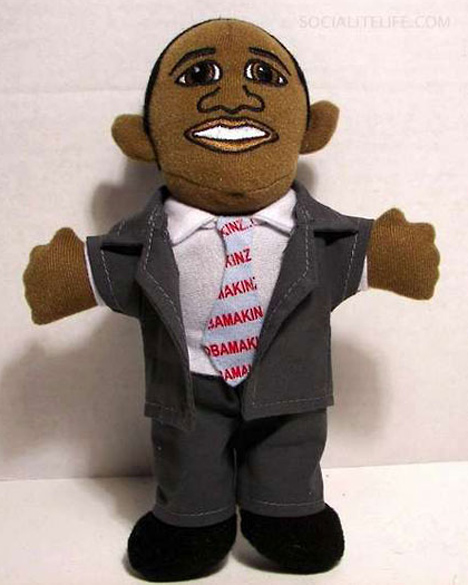