If you love dot matrix printers and the beach

YouTuber and digital fabrication enthusiast Ivan Miranda has created a sort of roving plotter that "prints" on sand, using fifty talons. The effect is reminiscent of skywriting or dot matrix printing:

"I made a sand drawing robot with 50 miniature servos and a two half tanks," Miranda writes. "I use an Arduino Mega 2560 to read, from an SD card, a text file with the desired image and send the servo position data to another two Arduino Mega units. That then sends the adequate signals to the servos. Five DC to DC converters connected to a 6S LiPo battery provide enough power to support the stalling current of all 50 servos at once. 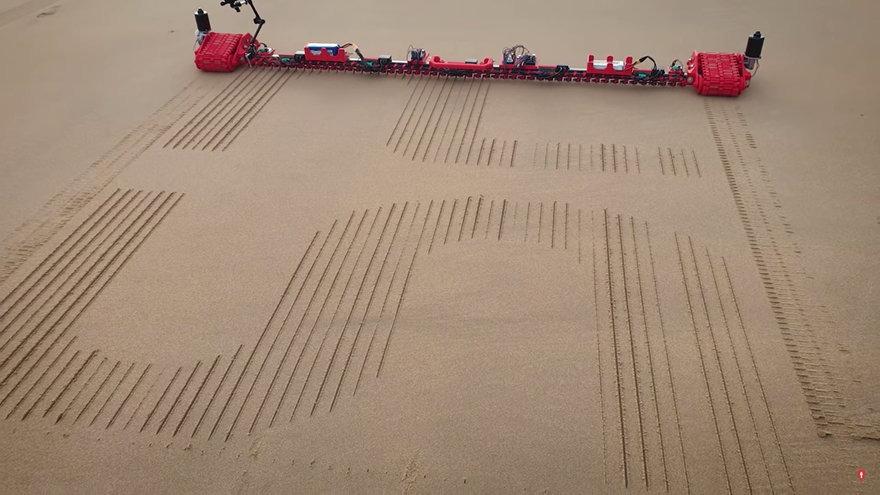 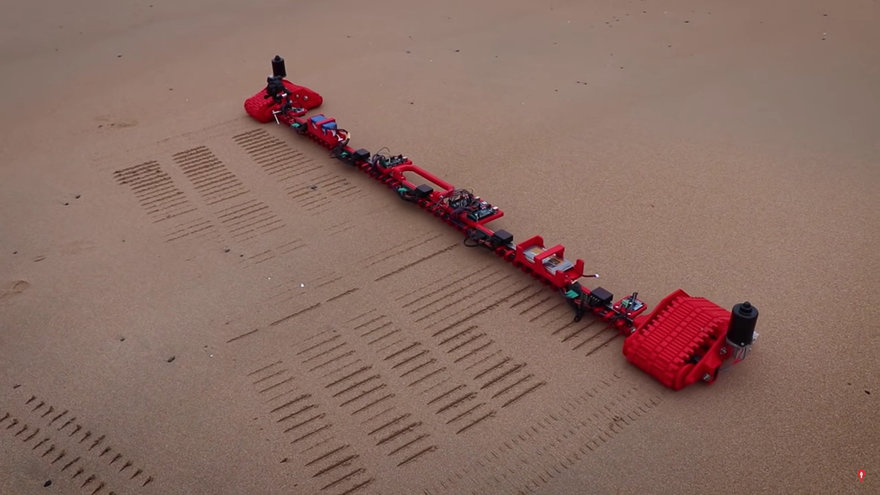 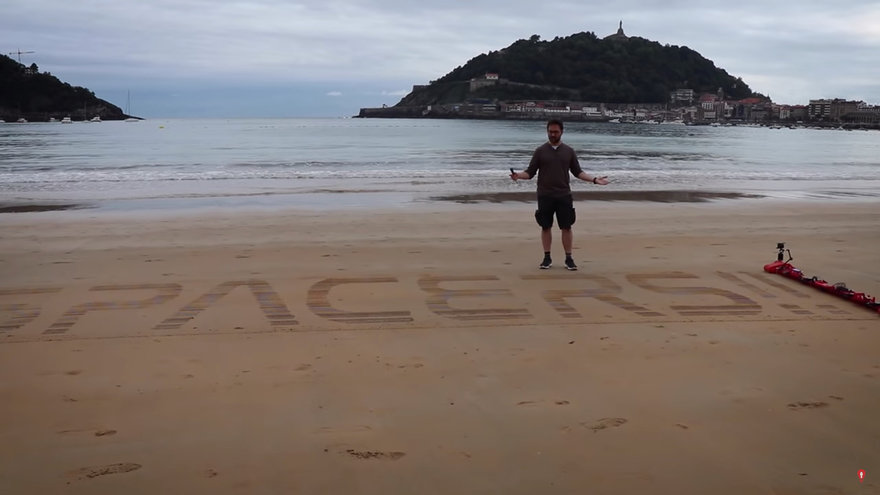 "Two half tanks provide enough grip and torque to drag all the servos through the sand. The entire thing weighs around 14 kg in working order (with the batteries on) so I had to build a tailor-made trailer to carry the thing, as there's quite a walking distance to the test field."

Here's how he made it: