Apparently it gets sucked up through the roots and into our food, a new study shows

Well, this is the most disturbing press release I've come across this week. 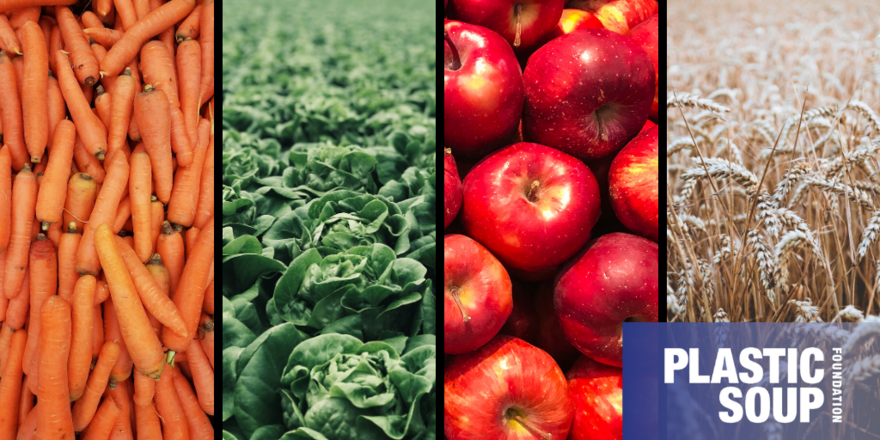 Microplastics are contaminating the fruit and vegetables we eat, according to two separate scientific studies published this week.

According to the first peer reviewed study by University of Catania scientist Margherita Ferrante, apples are the most contaminated fruit while carrots are the vegetables most affected. Published this week in the journal Environmental Research, the report calls for an urgent review of the effects of microplastics on human health.

A second peer-reviewed study out this week will reveal plastic is being sucked up with water through the root systems of food crops.

The study was performed jointly by Dr. Lianzhen Li of the Yanthai Institute of Coastal Zone Research in China and Professor Willie Peijnenburg from Leiden University in the Netherlands and is to be published in the journal Nature Sustainability.

Professor Peijnenburg found microplastics are penetrating the roots of lettuce and wheat plants, after which they are transported to the edible above-ground plant parts.

For decades scientists have believed that plastic particles are too large to pass through the physical barriers of intact plant tissue.

But this new research casts doubts on this – with root vegetables such as carrots, radishes, turnips, and leafy vegetables like lettuce found to be most at risk of microplastic contamination.

Campaigners believe these new findings cast serious doubts over the safety of the food we eat.

"What we need to find out now is what this is doing to us. This is unchartered territory. Does plastic make us sick?"

Sian Sutherland, co-founder of environmental campaign group A Plastic Planet, said: "We've known for years that plastics are in our air, ocean and soil. And now finally we have the proof plastics are in the fruit and vegetables we feed to our children."

I've clicked through to read the first study, linked above, to see where they sourced the fruits and vegetables; they came from several fruit markets, supermarkets and shops in the city of Catania, Sicily. I'm still waiting for the second study to be released; at press time, it still hadn't appeared.