The Design Evolution of the Air Conditioner, Part 1

If there's any object that falls into the category of "No one wants this object, they want its benefits," it's the air conditioner. (At design school, an ID professor of mine remarked that "No one wants a toaster. What people want is toast," and I feel that phrase is no longer true.)

Since its arrival into American homes in the 1930s, the wondrous invention seems to have received very little design attention. Perhaps that's because the first air conditioners were for industrial, not residential or commercial, applications: Engineer Willis H. Carrier invented the first one in 1902 to "condition the air" in a Brooklyn printing plant, where humidity could ruin the paper. 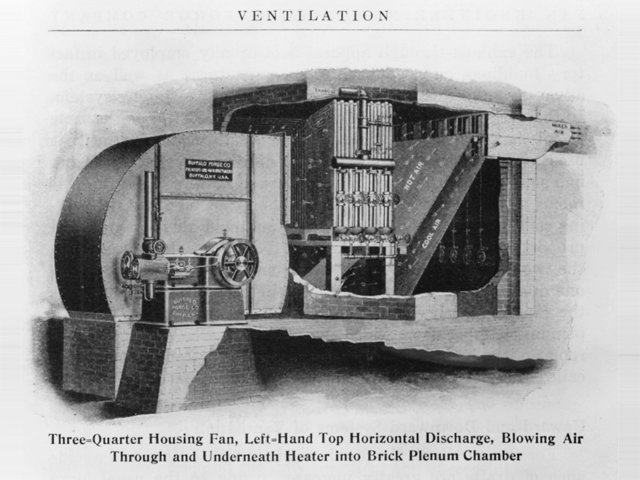 Shrinking that machine down took a lot of competition and several decades. By the early 1930s, the De La Vergne Refrigeration Machinery Company was producing this 1,200-pound domestic air conditioner in a console form factor: 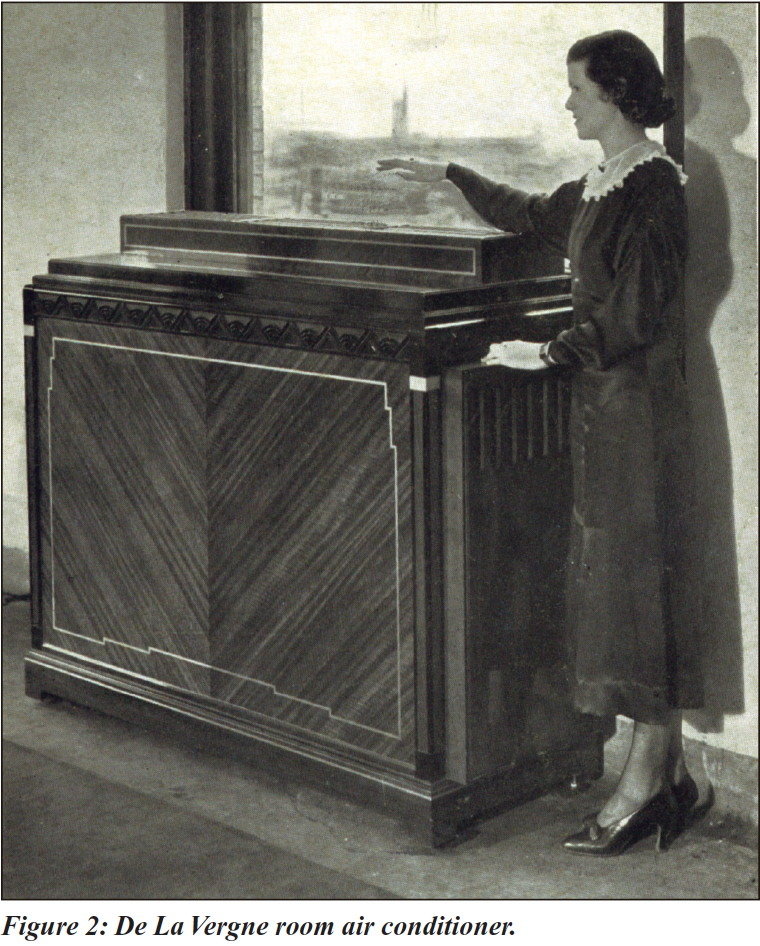 This was Carrier's offering in the late 1930s:

These bulky, freestanding objects were meant to duct out of a nearby window, and whether by design or not, they were big enough that you could serve drinks off of them. 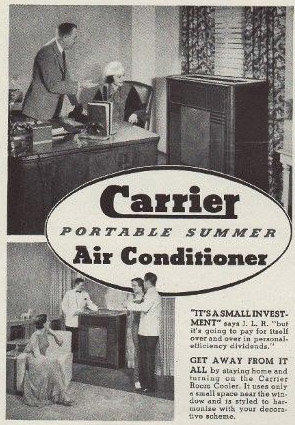 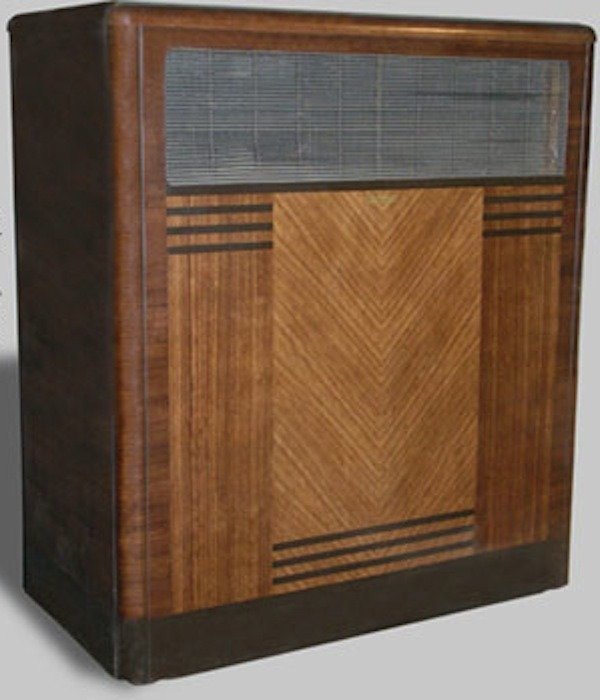 Another competitor in the space was Kelvinator, and their 1937 unit looks similar: 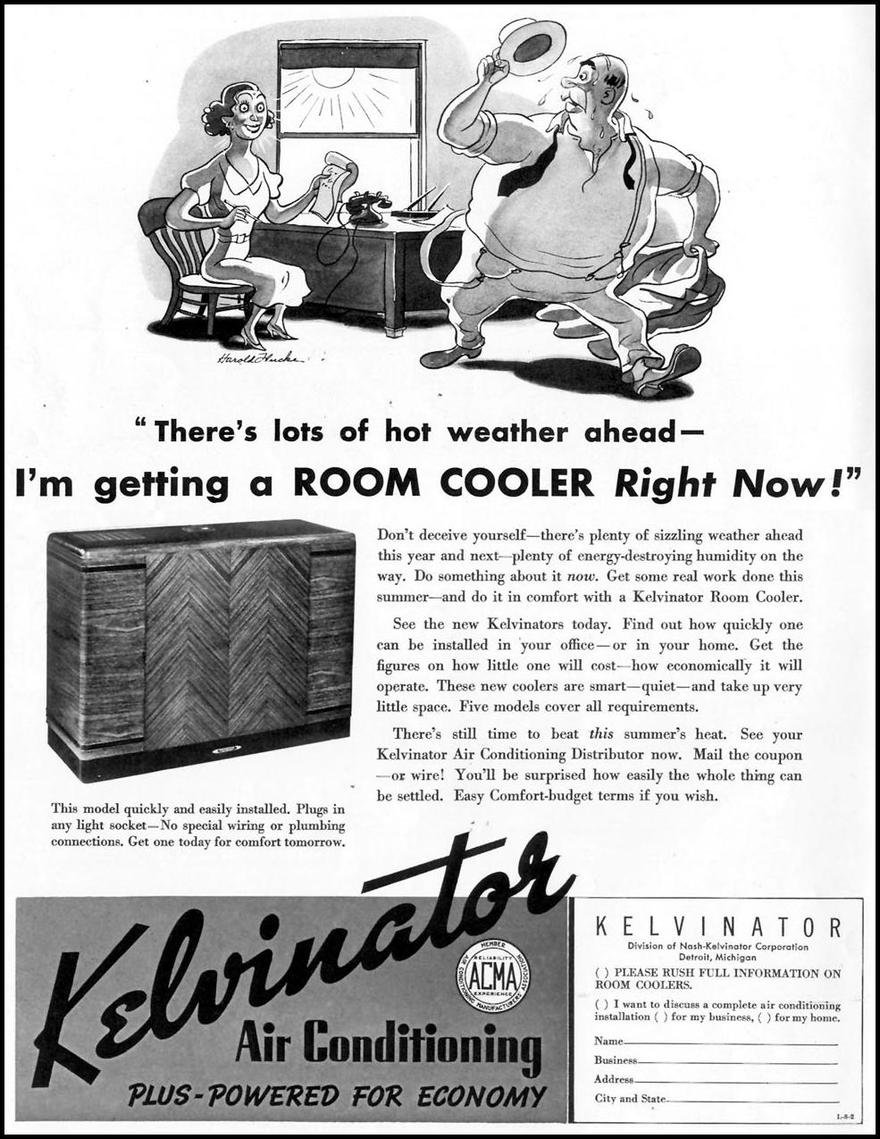 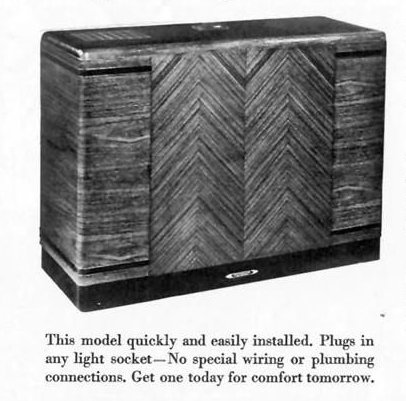 If there was any design brief for any of these units, it might've been "Find a use for wood cut-offs."

More progressive competitor Westinghouse moved away from the wood aesthetic, going with more of a Machine Age look: 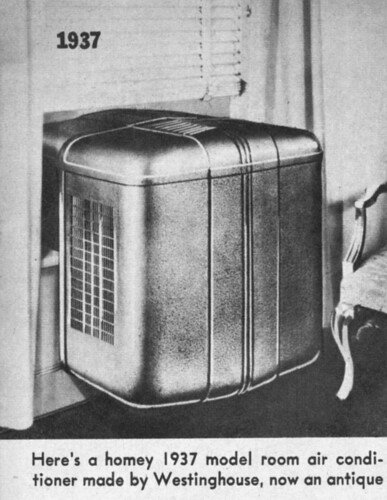 With this Westinghouse model, I was able to find images revealing the rear duct that goes through the window. The text is virtually illegible, but at least you can see the form: 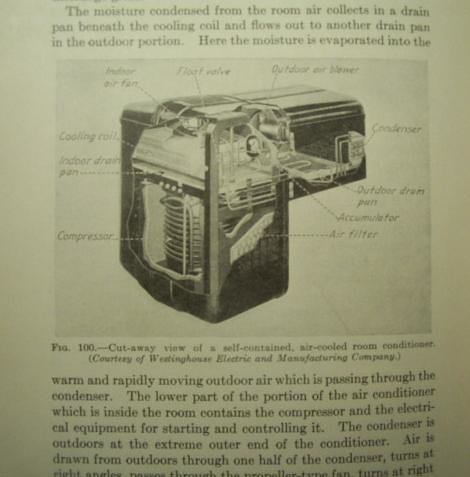 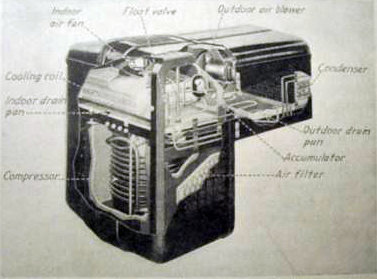 It's a little more clear in the patent drawing: 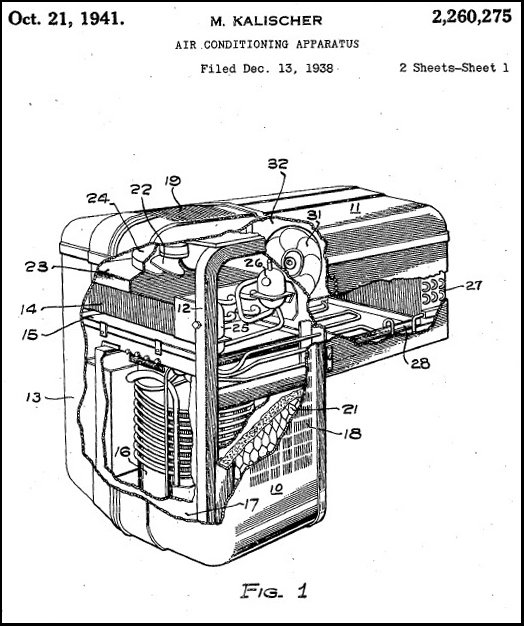 The console units above could put out up to 24,000 BTUs, with the trade-off being their massive size. But not every company was convinced this was the way to go, and a competing form factor was to emerge.

The Design Evolution of the Air Conditioner, Part 1