A company called Metro Skyways has been working on VTOL (Vertical Take-Off and Landing) systems in an effort to realize practical and safe flying cars. "Our mission," the company writes, "is to manufacture the world's safest, quietest, most compact, high occupancy VTOL aircraft in order to make aerial, mass transportation a reality by making it commercially viable."

The technology they're investing in is what they call Fancraft™, which is essentially a pair of large, drone-like rotors that are integrated into the overall form of the vehicle, rather than sticking up over it. The interior part of the form between the two rotors becomes the passenger cabin. 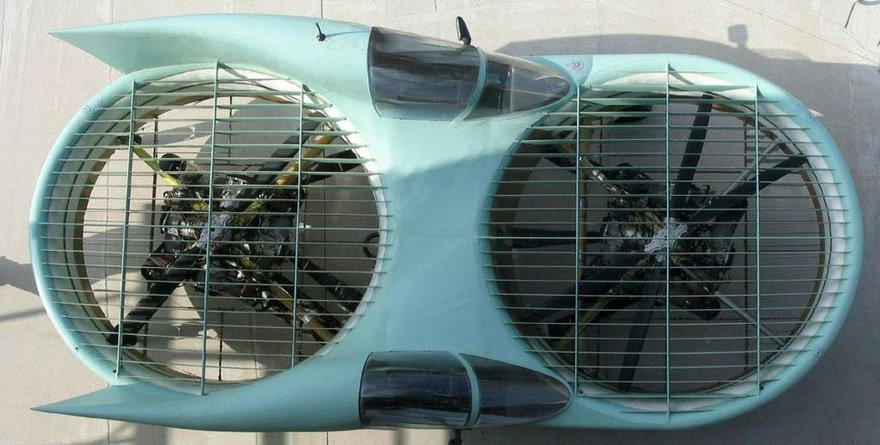 This approach, according to the company, yields multiple benefits:

Fancraft™ have 1/4 the footprint of a helicopter with a more spacious cabin. They eliminate the risks associated with external rotors without compromising any of a helicopter's payload, range or hover capabilities. 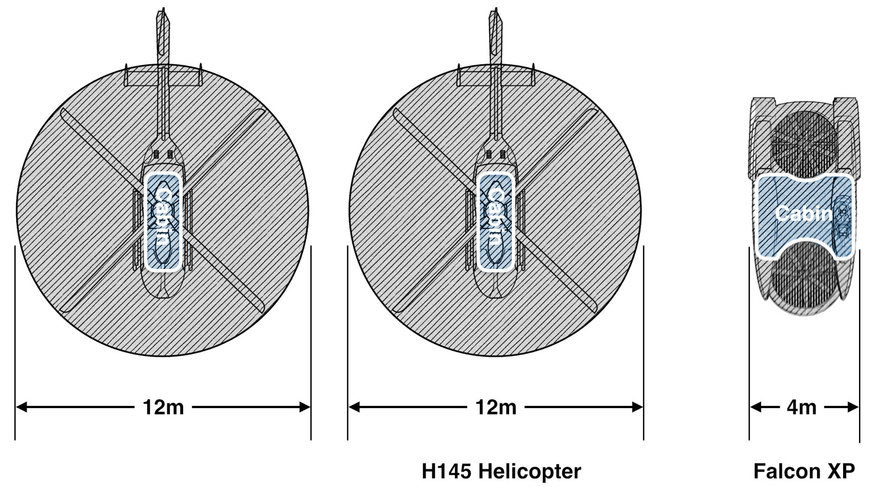 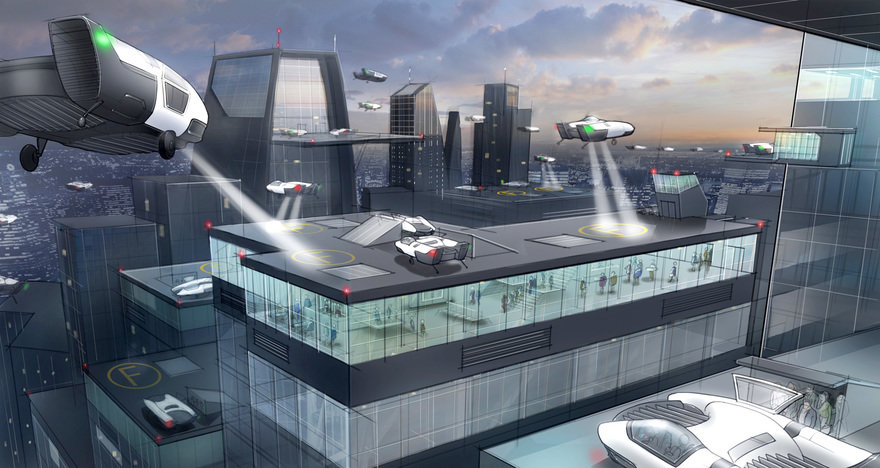 Part of being "urban friendly" is being quiet. Ducted rotors enclosed in the fuselage are inherently quieter than an open rotor, which means that Fancraft™ start out at a natural advantage when it comes to noise. 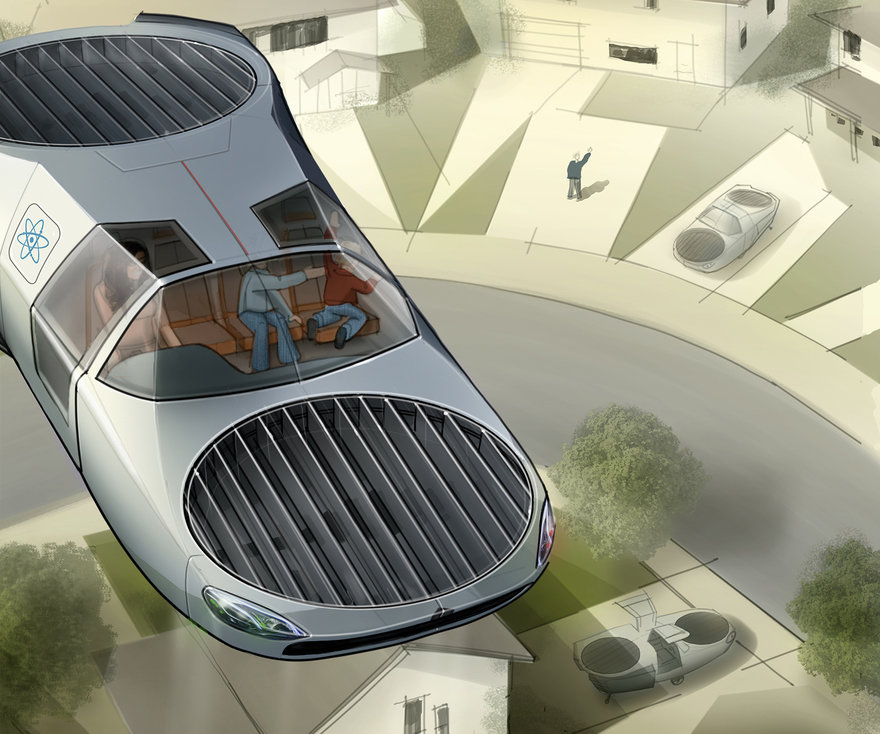 Add to that our multi-bladed, slow-turning rotors which generate less noise at its source and you wind up with an aircraft that will blend seamlessly into the ambient sound of city traffic at 70 dBA from just a block away.

They've got two different designs. The first is the Falcon XP, an air shuttle sized to carry 13 passengers and a pilot: 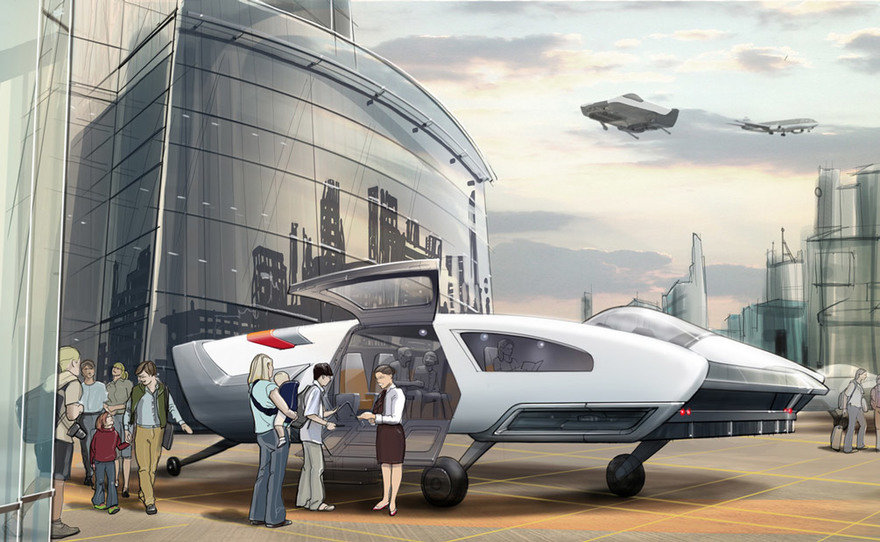 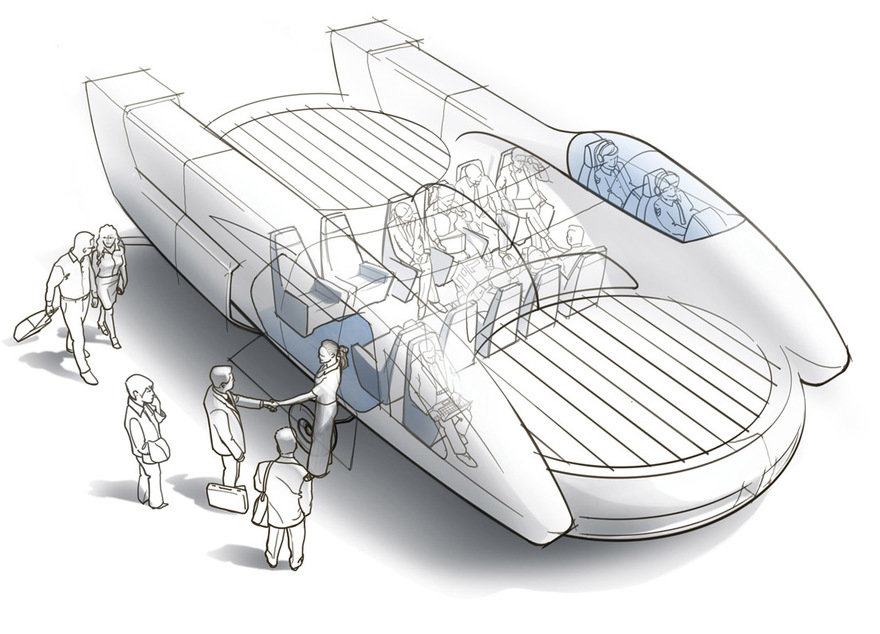 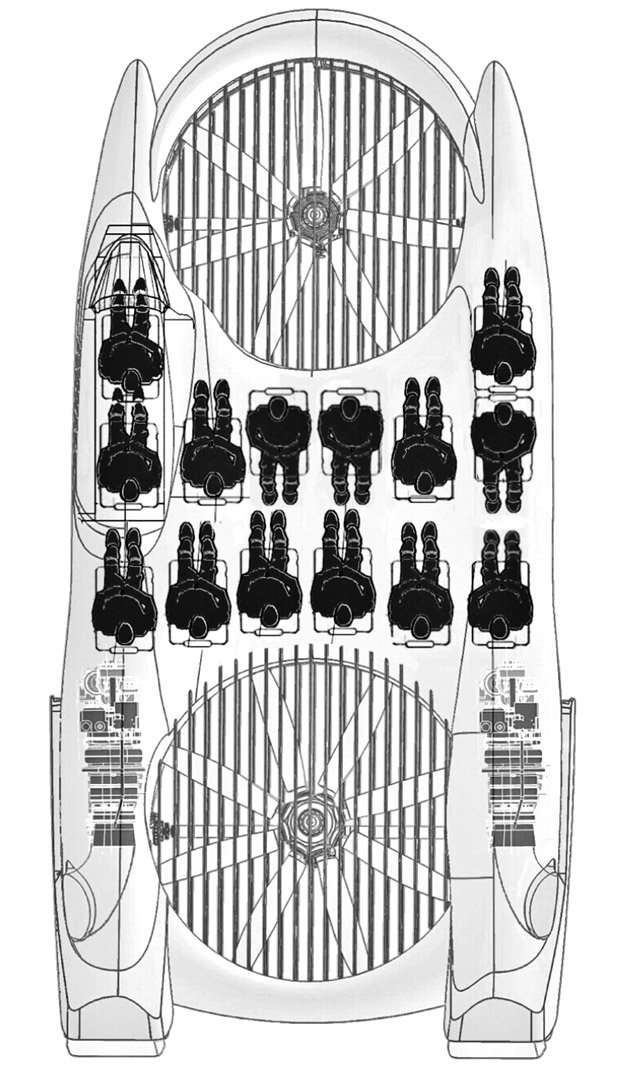 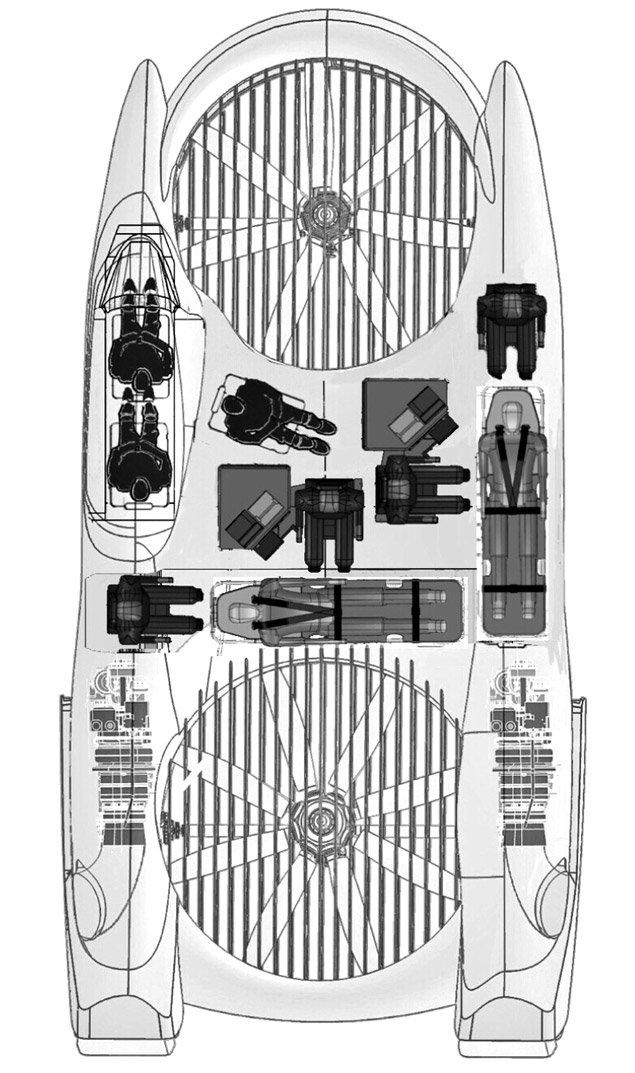 The second is their Cityhawk, sized to carry five passengers and one pilot: 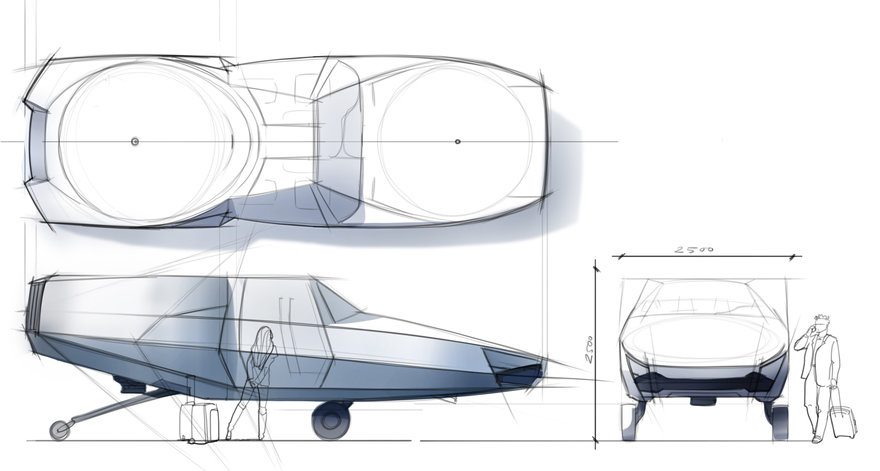 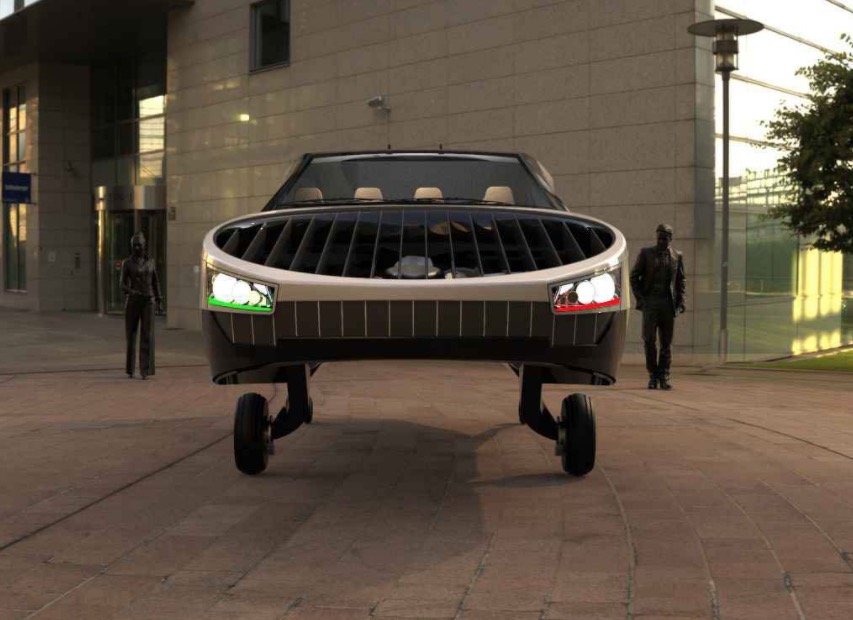 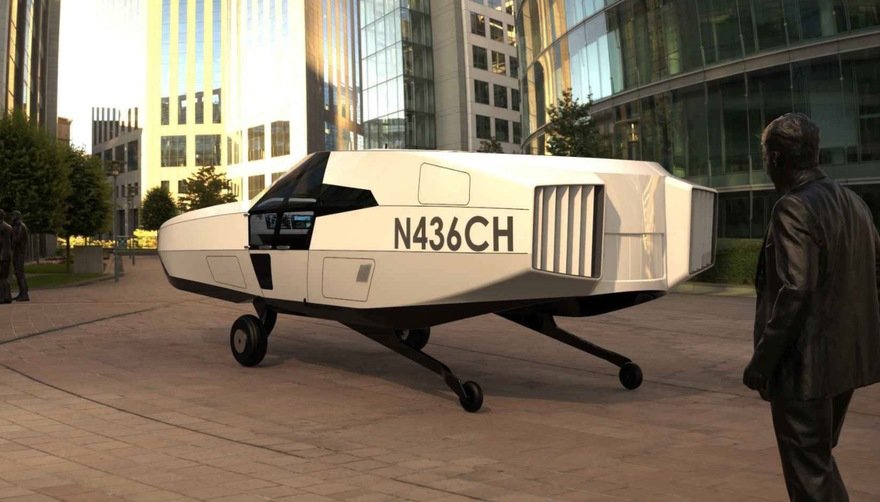 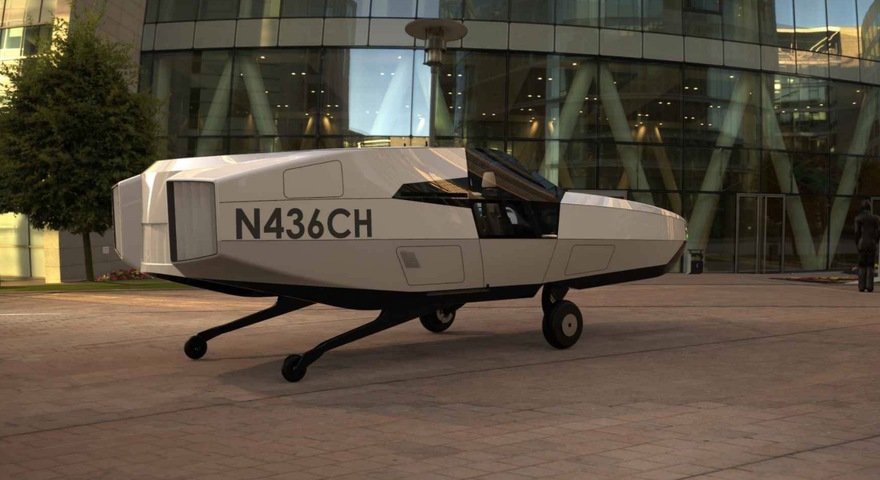 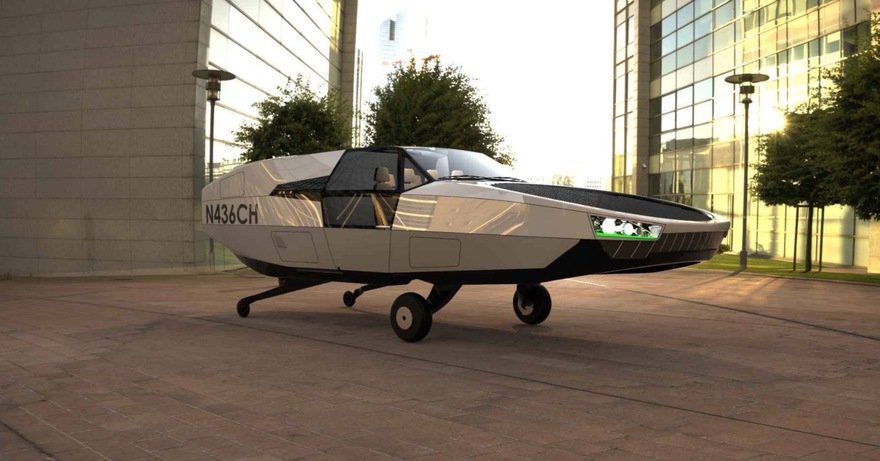 Sadly, there's no word on how close they are to production, nor what regulatory hurdles remain.