John Wright's zero-turn mower with turf treads can drive across a 50° slope!

Mowing slopes on a riding mower is dangerous. To avoid rollovers, savvy operators only drive up-and-down, never across, the slope. However, repeatedly driving up and down a slope will increase the rate of erosion.

After observing these problems, Mississippi-based inventor John Wright first decided to get rid of the operator, rigging up a mower with remote control. Then he got rid of the wheels, replacing them instead with turf tracks. 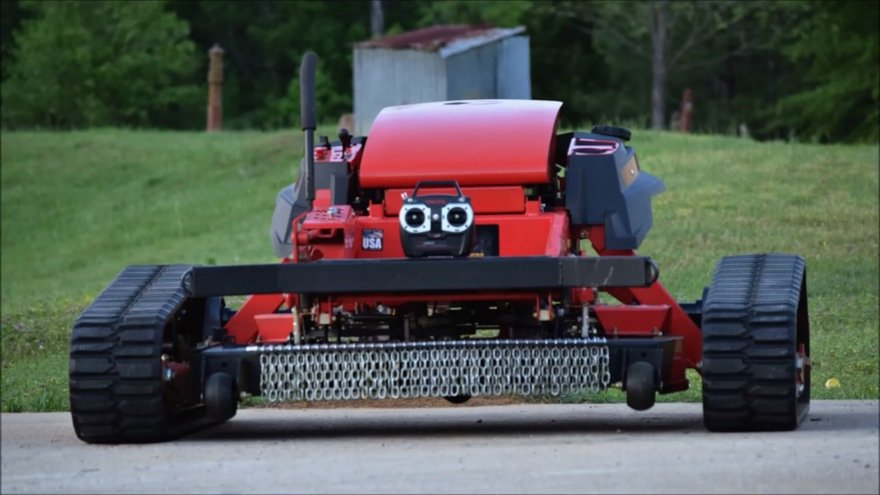 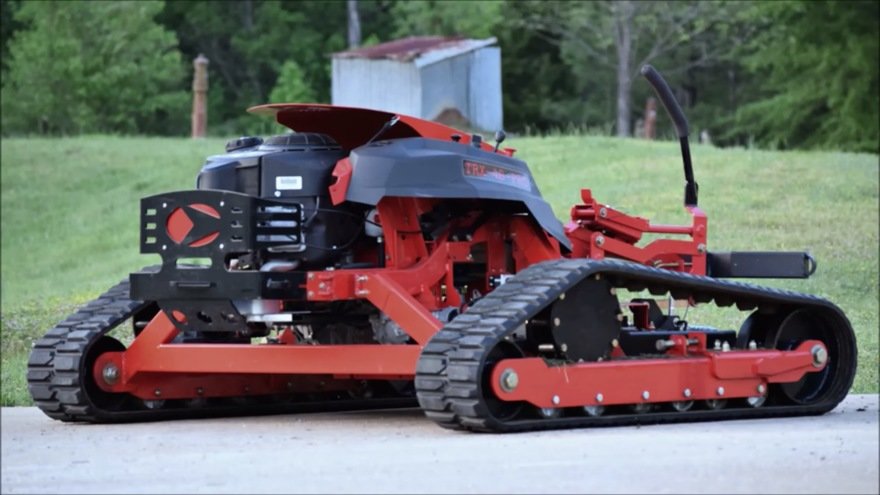 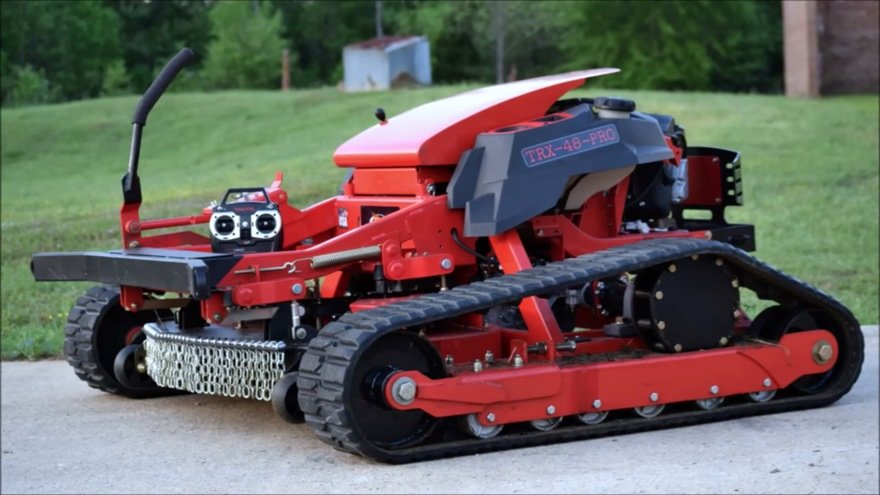 He started a company, Remote Mowers, to commercialize his products, which can go places you'd never dream of trying with a riding mower. 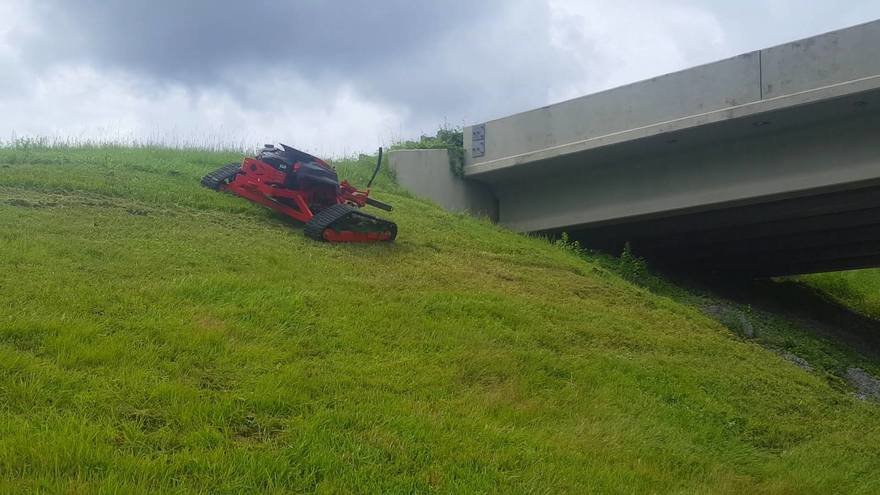 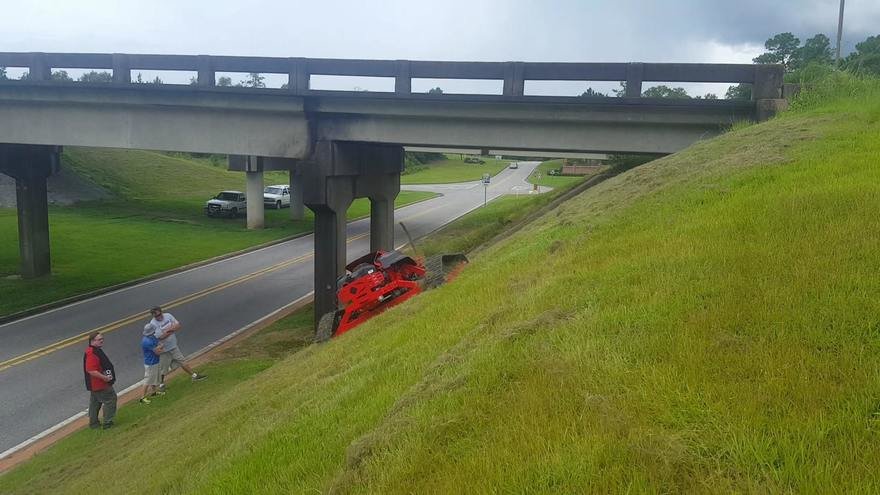 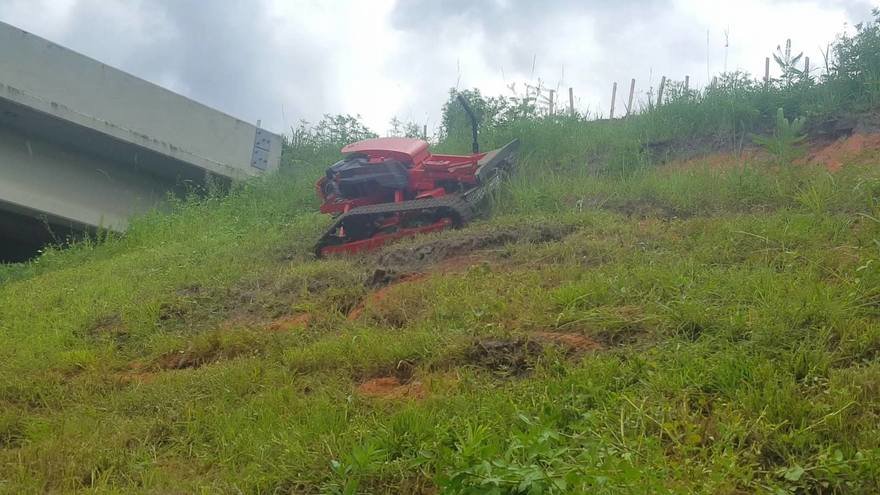 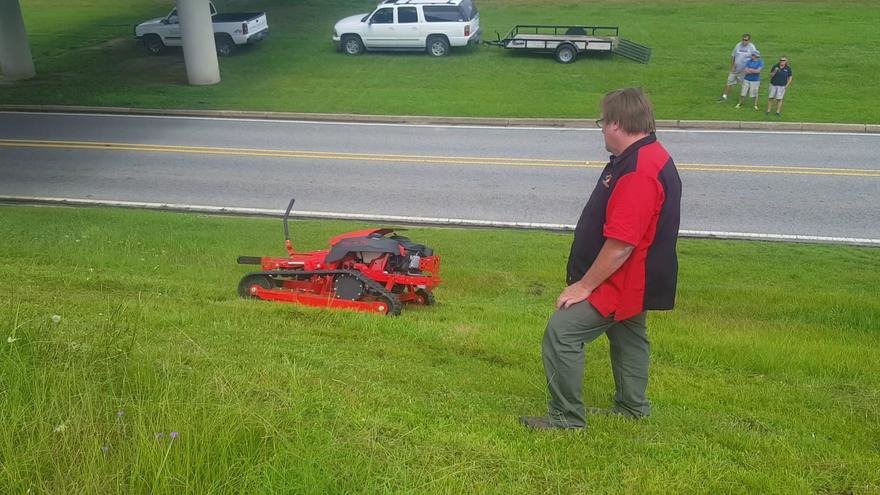 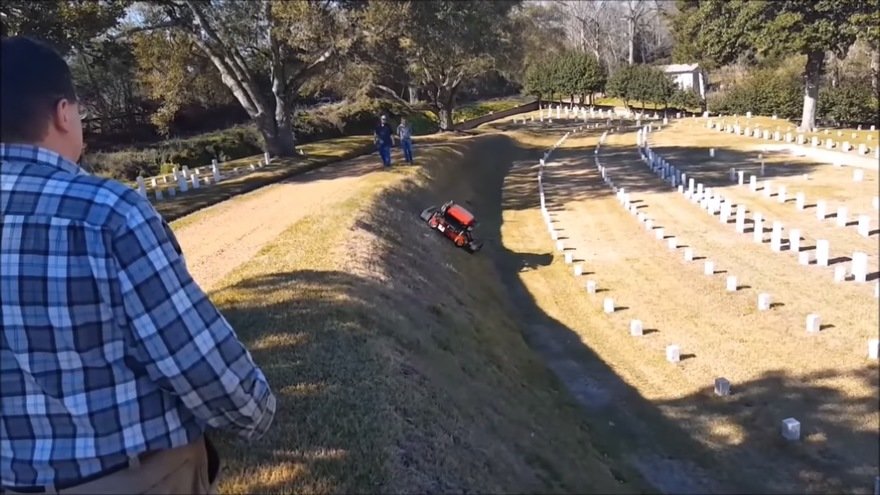 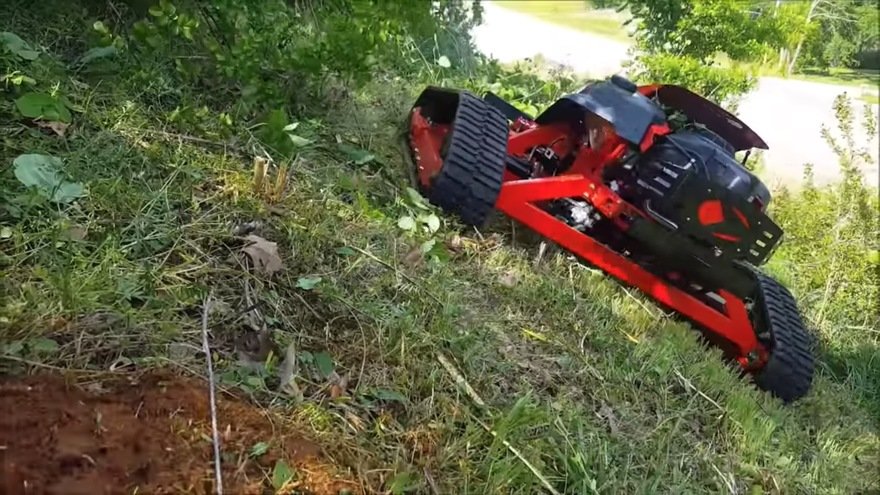 Here's one of his machines in action:

Here Wright explains the performance capabilities of his machines and discusses their typical applications. He also describes how he's designed them for serviceability:

Wright's invention is both mechanically and commercially brilliant. As for the latter, never mind the domestic market; consider that America is covered in highway embankments and rolling college campuses, all of which have landscaping budgets and regular maintenance needs.

Now for the bad news. After ten years in business, Remote Mowers stopped updating both their YouTube channel and Facebook page last year, as if the company had gone dark. One of the final YouTube videos was for a "Remote Mowers Investment Opportunity," which suggests financial trouble. And when I poked around on the internet for more recent traces of the company, I found these damning reviews on Yelp: 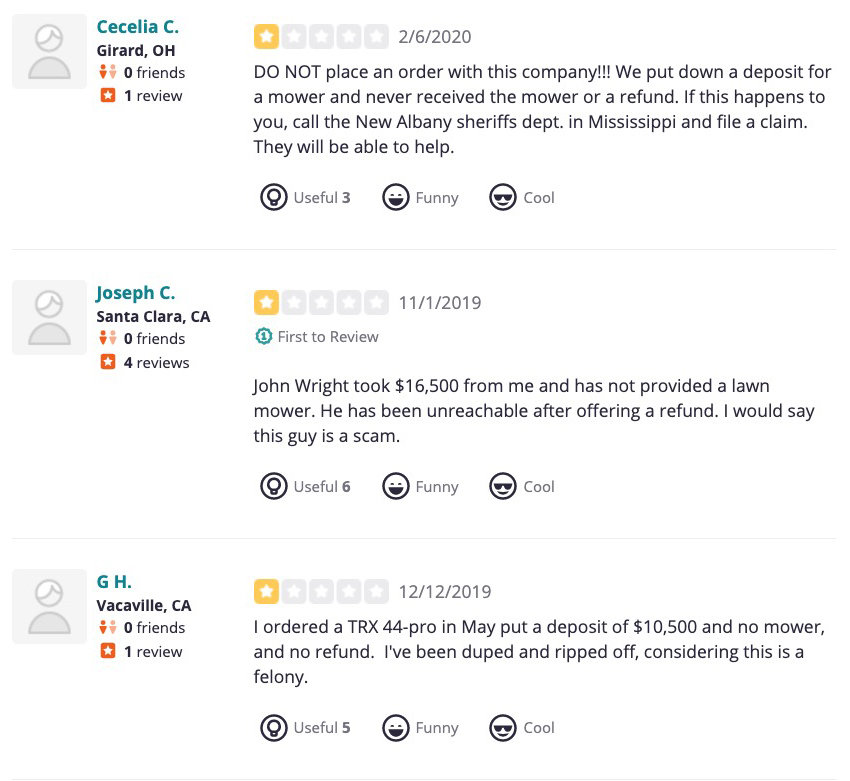 Ah well. It was still a great design for a great product, but as we all know, the business end has to be at least as robust as the design.