Amidst the pandemic, Philadelphia's Wilma Theater has been trying to figure out how they'll stay afloat; how do you put on a play for 300 people in the age of social distancing?

After brainstorming with dozens of creatives and administrators, they've come up with a solution that combines both old and new techniques. The plan, spearheaded by set designers Misha Kachman, Sara Brown and Matt Saunders, and incorporating input from video designer Jorge Cousineau, is to go back to old-school (I'm talking William Shakespeare's Globe, circa 1599) theater design for their forthcoming Wilma Globe. 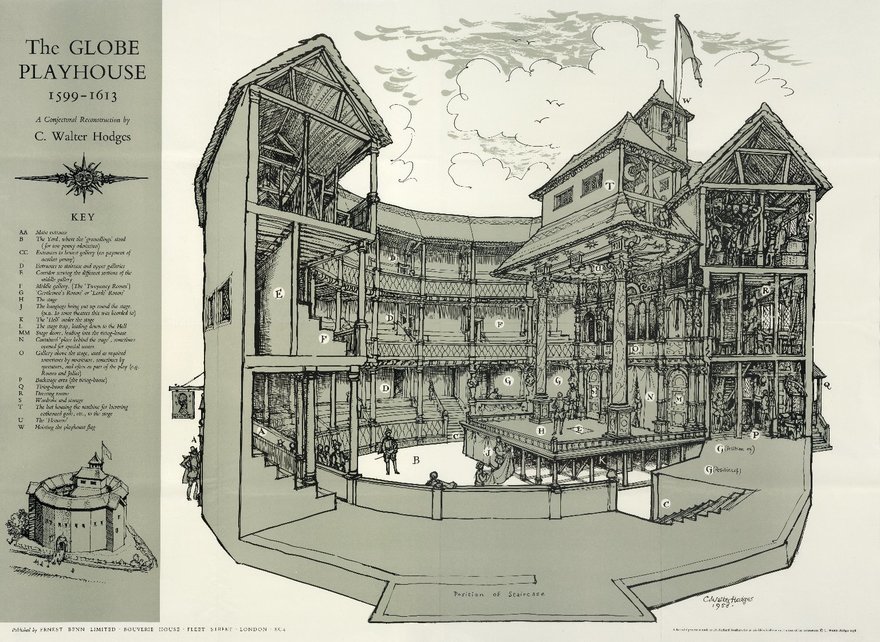 "Conjectural reconstruction of the Globe theatre by C. Walter Hodges based on archeological and documentary evidence." Source: Folger Shakespeare Library, C.C. ASA 4.0 I 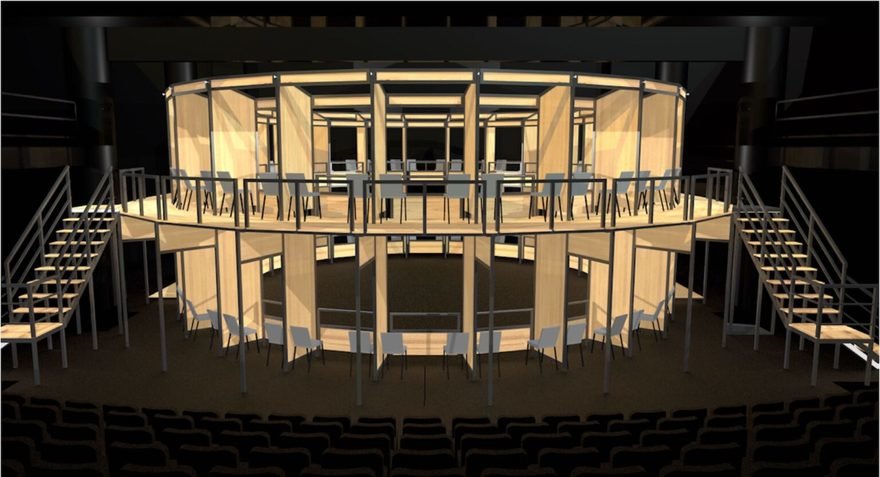 The Wilma Globe is an arena, surrounded by two levels of audiences-boxes, each separated from one another by wooden dividers, but open to the stage. Depending on the specific needs of the show, it can be reconfigured into a semi-circle, horseshoe, and more. This Globe can fit as little as 30 and up to 100 people, and will provide a higher level of safety and comfort to our audiences. 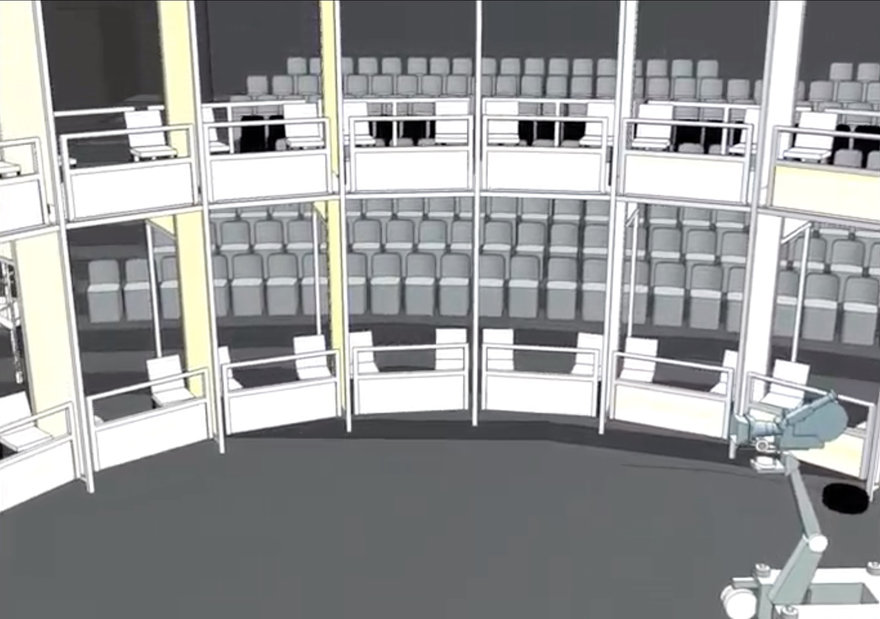 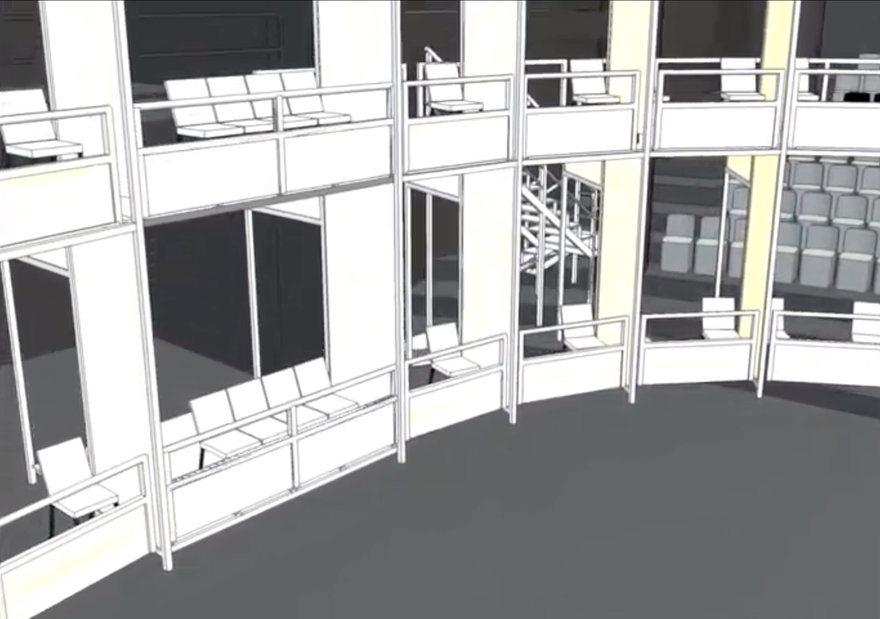 As for how to reach the same-sized audiences they were getting prior to the pandemic, here's where modern technology steps in:

Our full capacity used to be more than 300. How can we reach the same number of people? Our answer: Video-Streaming. Our plan, pending approval from our unions, is to approach streaming not merely as a technical solution but as an opportunity for artistic invention.

We hope to discreetly install about a dozen cameras inside the Wilma Globe, uniquely placed for each production. Some of these would take care of the big picture, while others could be as small and specific as a camera hidden on an actor's costume. As the director is rehearsing the show, a video designer would create a "video-script" of the production, allowing us to stream a high quality, artistically planned version of the play. This way we can open our productions to a much broader circle of potential audiences.

The Wilma adminstrators hope to have the Globe ready by late 2020. If you want to contribute, they're seeking advance ticket sales and donations here.