If everyone stinks, you're more likely to wear your mask correctly

Berliner Verkehrsbetriebe, a/k/a the BVG, is Berlin's public transport company, managing the U-Bahn, tram, bus and ferry services. They've got a wry sense of humor; the name of the company's official Twitter account is "Because we love you", and they use pro-mass-transit slogans like "Not even your mummy will pick you up at 04:30 in the morning."

Masks are mandatory on German public transportation, but BVG officials learned some riders were flouting the rules by wearing the masks loosely, according to German broadcaster Deutsche Welle. In response, the BVG sent out the following Tweet: 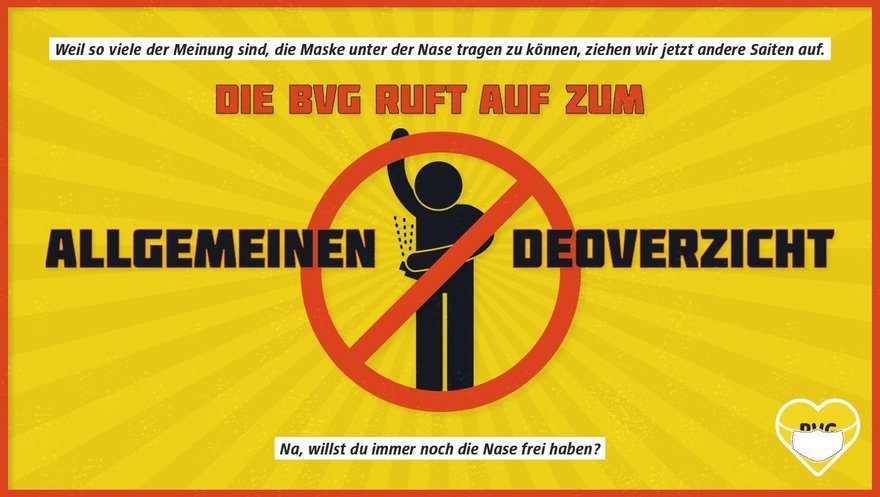 "You leave us no choice.

"Because so many people think that they can wear the mask under their noses, we are now putting on other strings.

"THE BVG CALLS FOR A DEODORANT BAN

"Do you still want your nose hanging out?"

It's obviously a joke--how would they enforce it?--but the thinking is sound: If everyone stinks, you're more likely to strap that mask on tight.