It will likely override any Instagram selfie restraint that you have 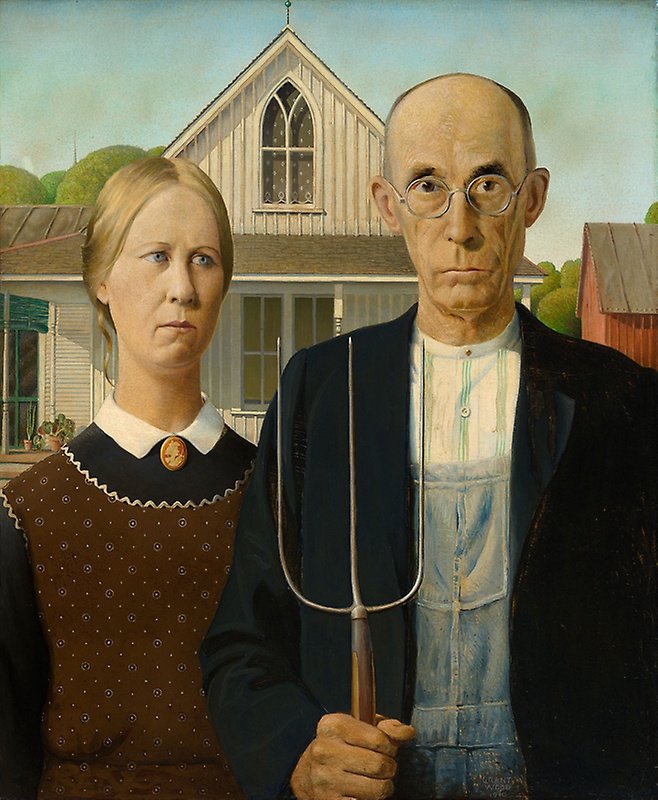 Grant Wood's iconic American Gothic is of course named for the house in the painting, or more specifically its upper window, with its three Gothic arches. 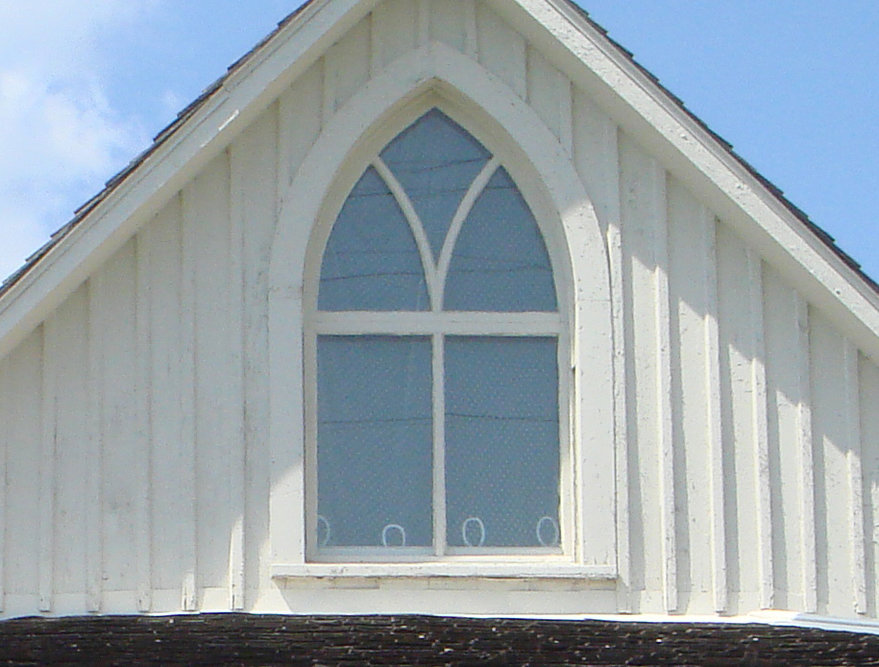 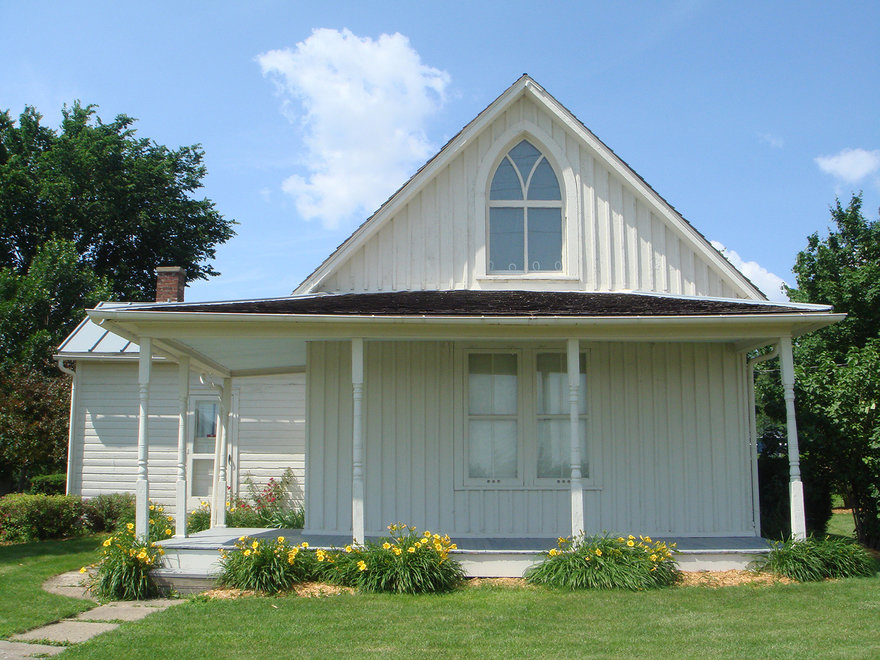 An inspired Wood reportedly spotted the house on a visit to the Iowa town of Eldon, sketched it on an envelope, came back to sketch it in more detail the next day, and later requested a photograph of the house to keep in his Cedar Rapids studio.

After coming up with models for the father and daughter (yes, daughter, not wife), Wood produced what would become his most famous work. For the models, Wood used Dr. Byron McKeeby, his dentist, and Nan Wood Graham, his sister. 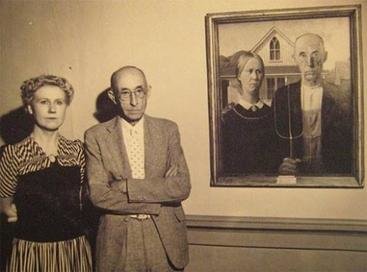 The house is still standing in Eldon, where it exists as a tourist attraction. 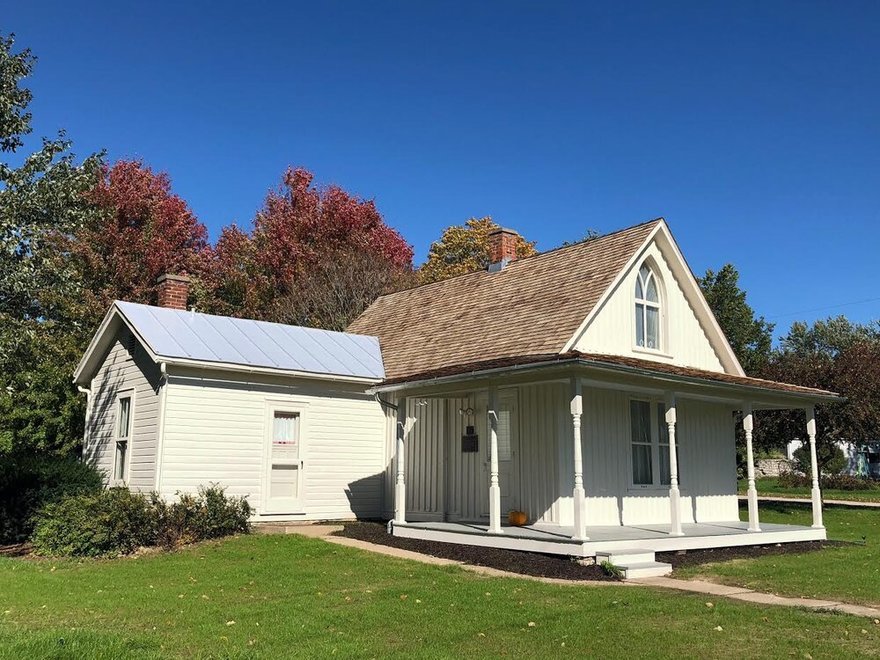 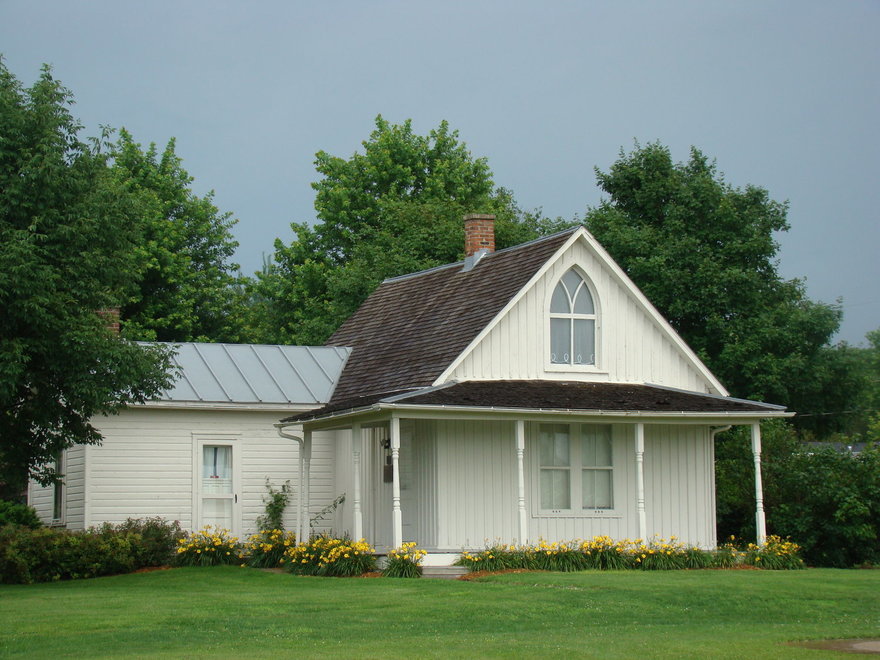 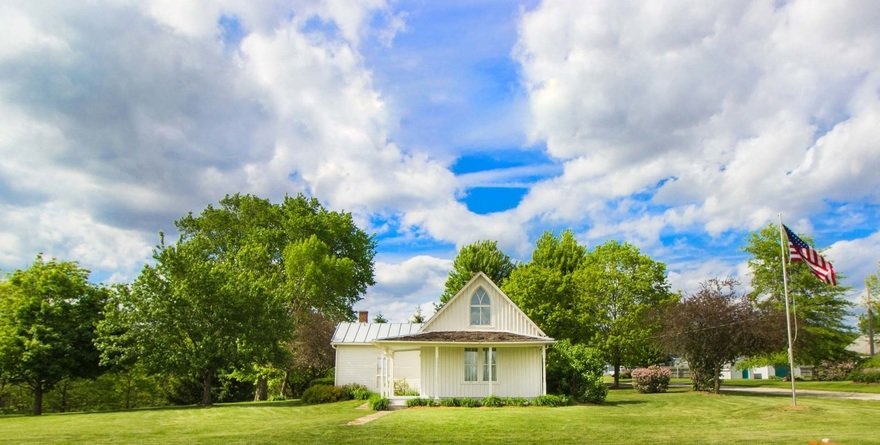 Admission is free, though "donations are gratefully accepted." Prior to the pandemic, each year thousands of visitors arrived, and staff at the Visitor Center built nearby provide a pitchfork and prop clothing so you can pose for a goofy photo. 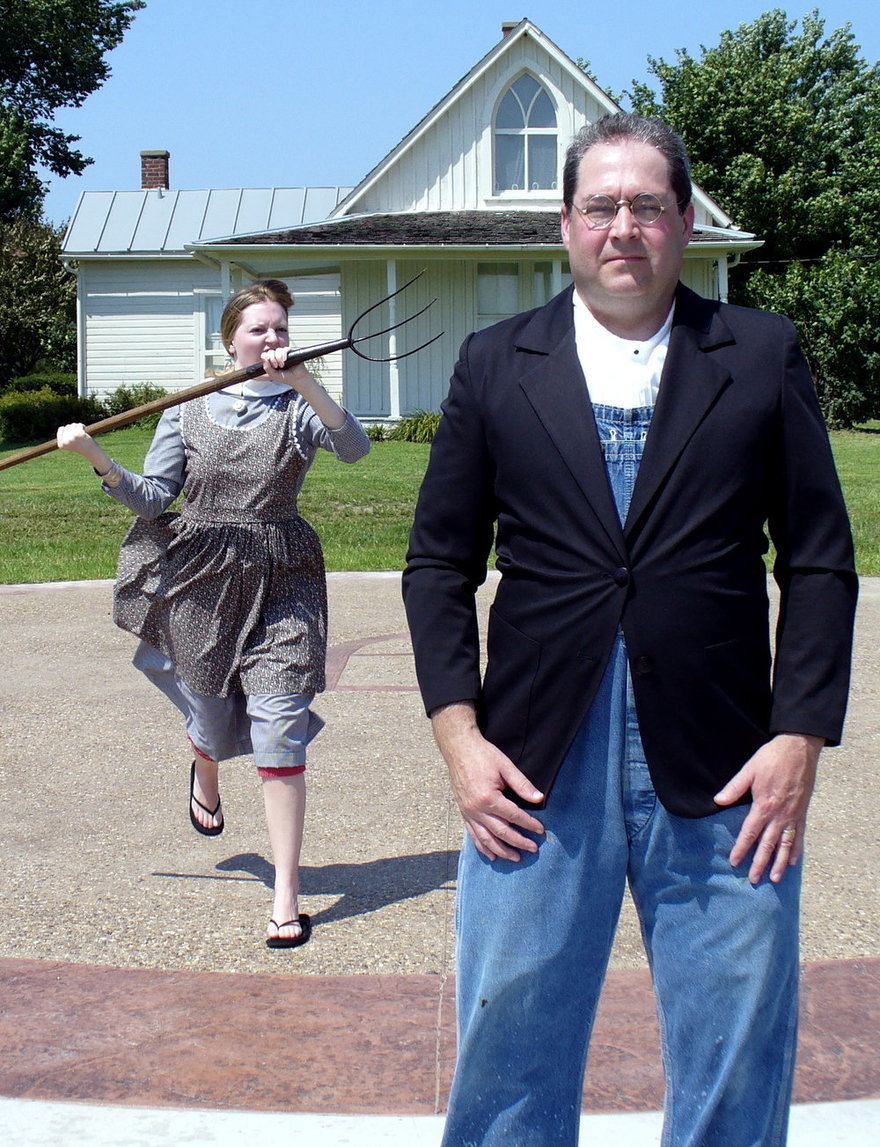 This year it's still open, with reduced hours (Wednesday thru Saturday, 10am - 4pm). Pre-pandemic you could even go inside the house (ground floor only, a caretaker lives upstairs) on the second Saturday of each month, but that's been placed on hold. But at least you can stand in front of the house for your Instagram.