For the past three years Dr. Aaron Edsinger, a robotics professor at Georgia Tech and Google's former Director of Robotics, has been working on a physical robot assistant called Stretch. This week Edsinger and his team at Hello Robot pulled the sheets off of the 'bot, which is priced at $17,950 and aimed at researchers rather that average consumers. Here's what Stretch can do:

Stretch is pure form-follows-function, which in this case turns out to not be particularly attractive; at the very least it's inoffensive, and above all it's rational, based on permitting basic agency along the three Cartesian axes. 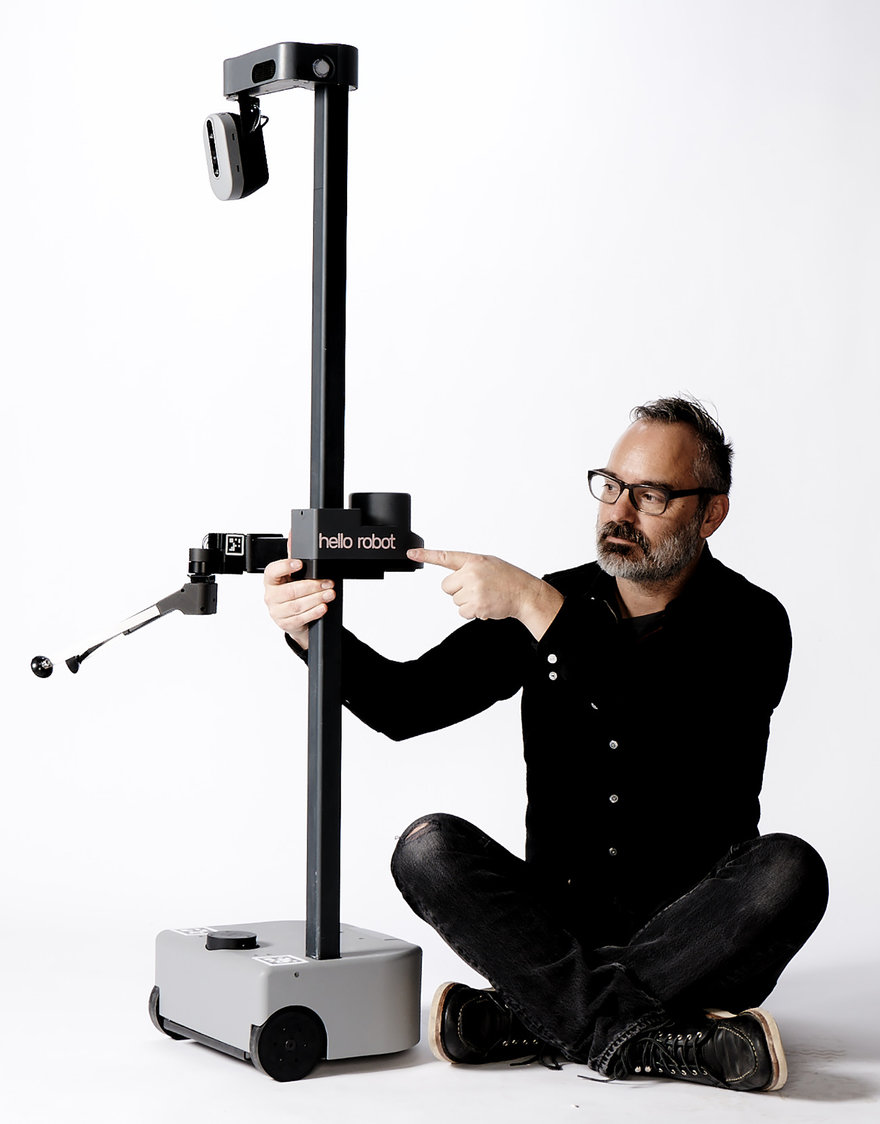 It's as tall as it is because the camera needs a top-down view, and the grabber arm needs a range of height. It has a base because it needs wheels and a motor that double as a counterweight. The arm telescopes as far as it does so it can reach across tables and countertops, or into cabinets. 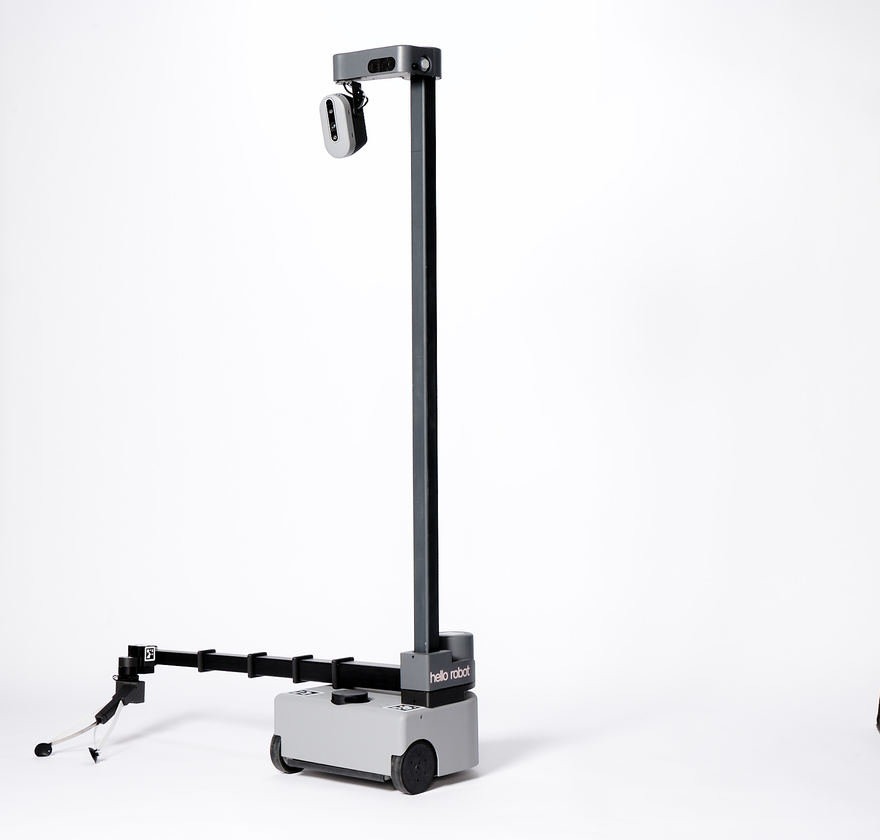 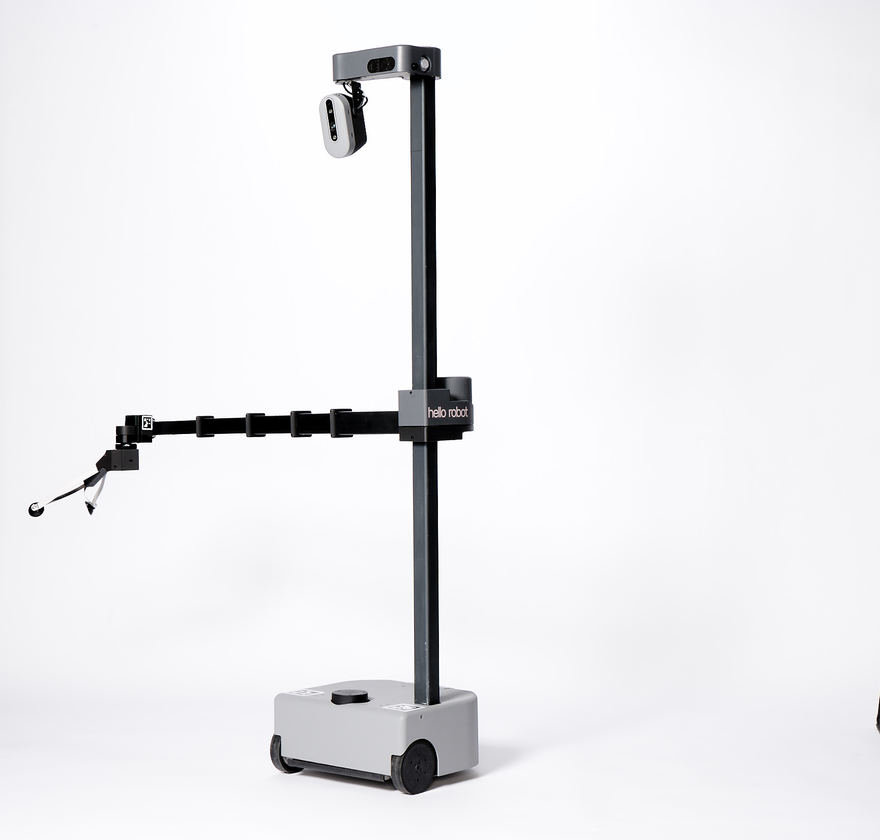 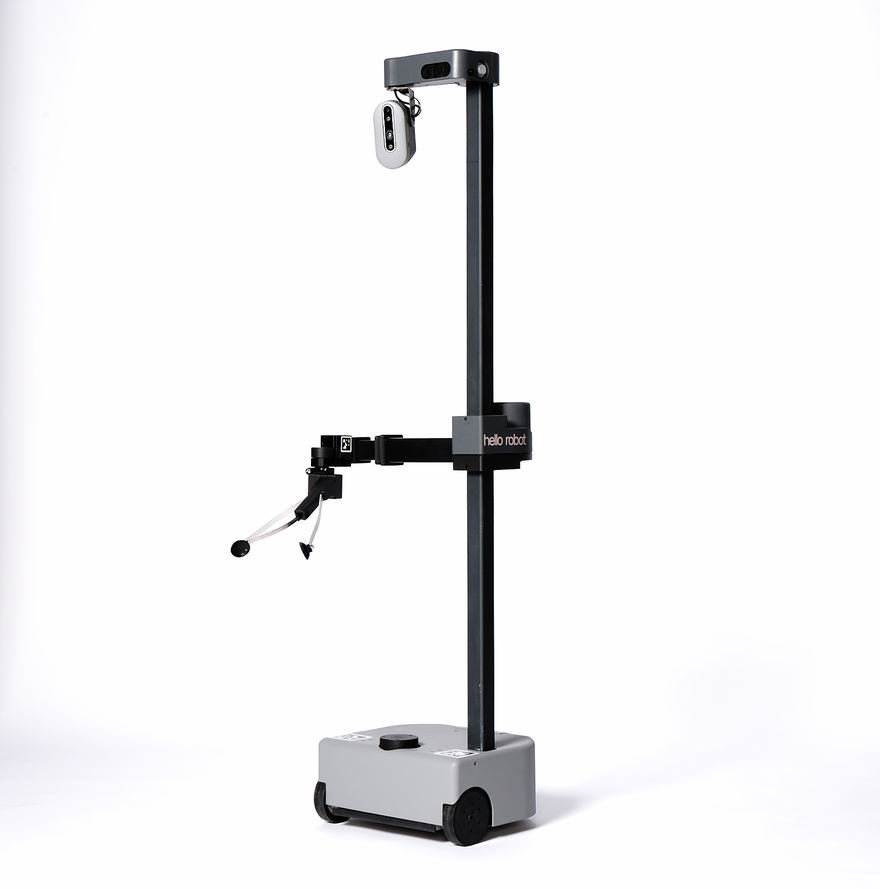 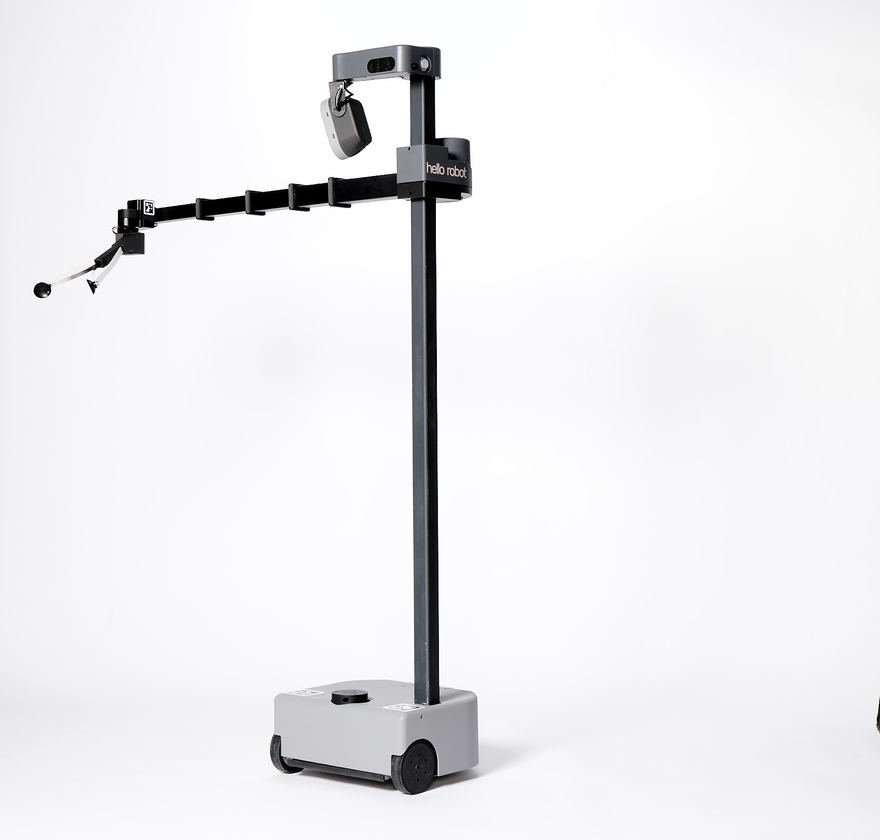 I can't say it was designed entirely by engineers, as a look at some of the details reveals the ministrations of a designer: 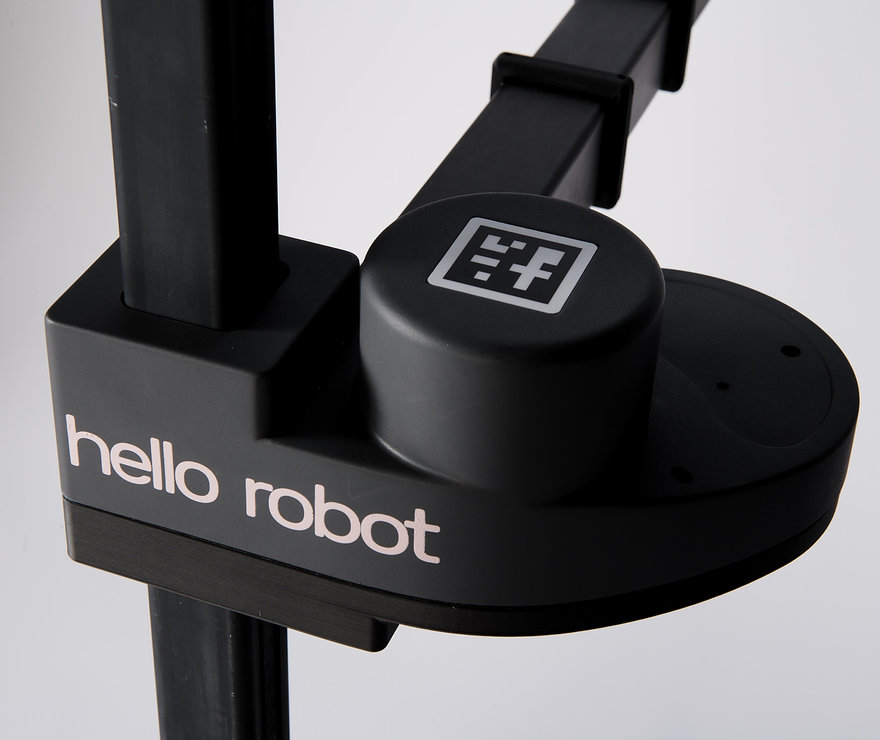 That being said, the overall design of Stretch, which can be said to be cutting-edge due to Edsinger's pedigree, reveals that we're really in the infancy of the design of robot assistants. Stretch can unload clothes from a dryer, but I doubt it could subsequently move the laden basket. It can wipe down surfaces, but with only one hand, cannot spray and wipe them at the same time; it also can't clean them as thoroughly as a low-wage worker or a determined child. And it appears to exist on a perfect plane, which is to say, thresholds, steps and surface changes are bound to stymie it.

Still, at least Stretch is real and actually available, which is more than can be said for many robot concepts. It's also relatively lightweight, which the company sees as a boon:

Previous robots with comparable capabilities have been prohibitively expensive, awkwardly large, complex machines. "When it comes to mobile robots with arms, we've been in the age of toys and monstrosities," says Dr. Charlie Kemp, Hello Robot CTO . "Stretch changes that." At just over 50lb, Stretch is the first highly-capable mobile manipulator that you can easily maneuver around a home or workplace, and transport in the back of a car.

What the company hopes for now is uptake, so that Stretch's open-source software can be improved through real-world feedback. The price of $17,950 might sound like a lot to you and I, but it's meant to be attractive to researchers; Dr. Kemp says "A research group can purchase [six Stretch robots] for the price of one comparable robot." 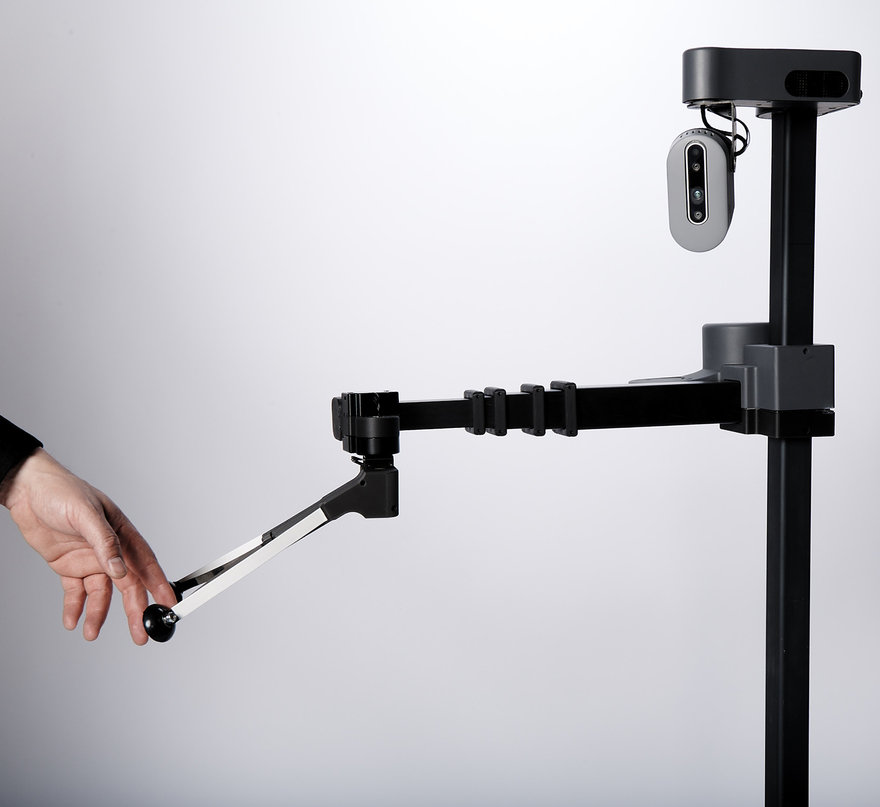 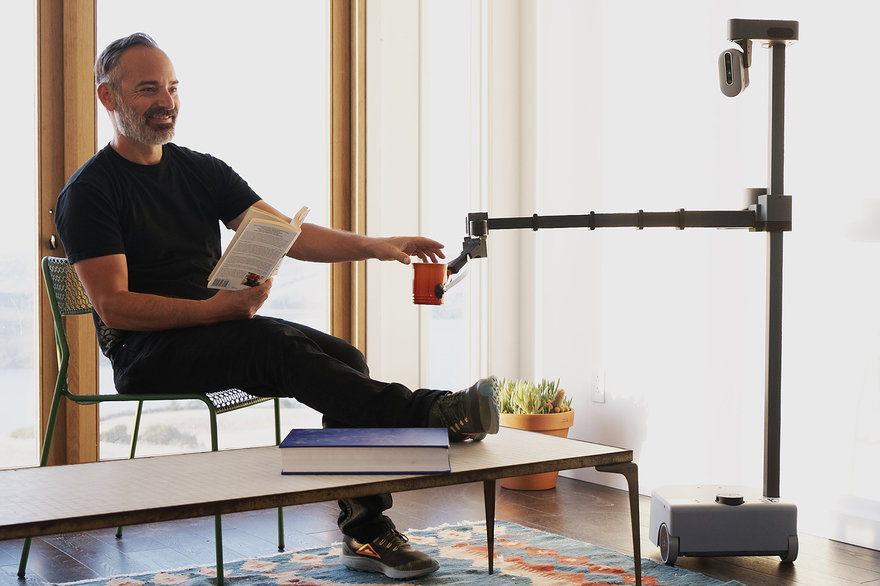