Today: debut of a new, touch-sensitive cell phone that isn't the iPhone! 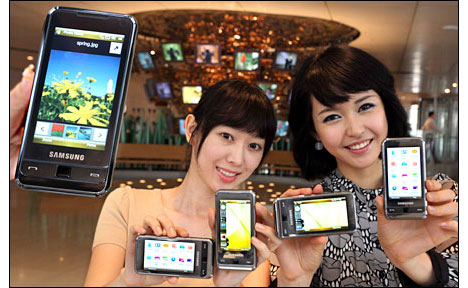 Yep, Samsung's releasing their Omnia handset "in line with the iPhone release," says a Samsung spokesperson.

There's only a few hours to go until Steve Jobs is expected to announce the next-gen iPhone today in San Francisco. The build-up has inspired a frenzy uncommonly seen for product designs, putting Jonathan Ive in league with J.K. Rowling and Steven Spielberg--you work on something that everyone talks about for months prior, a press frenzy builds, you release it, and people spaz out to get it.

But yeah, back to this Samsung phone. It's got a haptic interface and we hear it's pretty good. And in just a few hours you're going to forget you ever read this.

Today: debut of a new, touch-sensitive cell phone that isn't the iPhone!