Yesterday Virgin Galactic revealed the interior design for SpaceShipTwo, their commercial spacecraft that will ferry thrill-seekers into space for $250,000 a pop. Unfortunately you had to sit through a 30-minute presentation to see the shots, which we're guessing most of you don't want to do, so we've screenshotted everything for you. 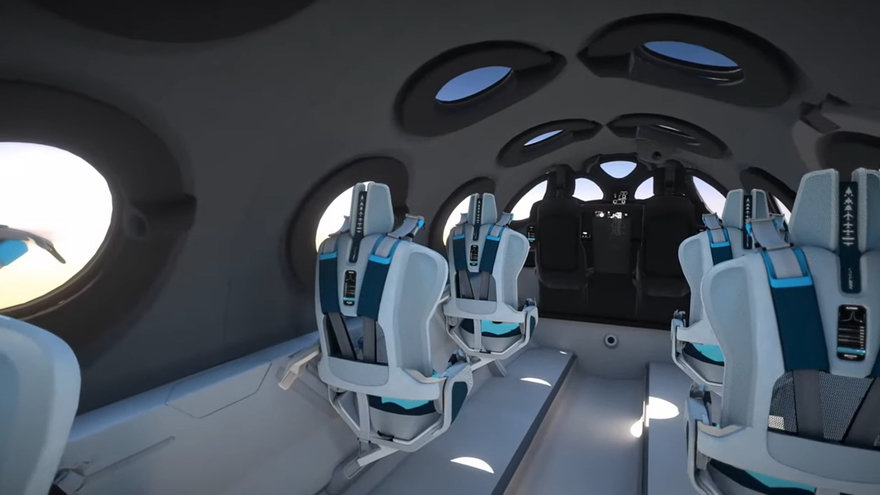 Designed by Seymourpowell, the passenger cabin has room for six passengers and at first glance resembles the interior of a Spartan private jet, aside from the many portholes. But the seats are very different; their reclining functionality is meant not to allow sleep, but to safely cradle the occupant during the G-force-heavy takeoff and reentry maneuvers. 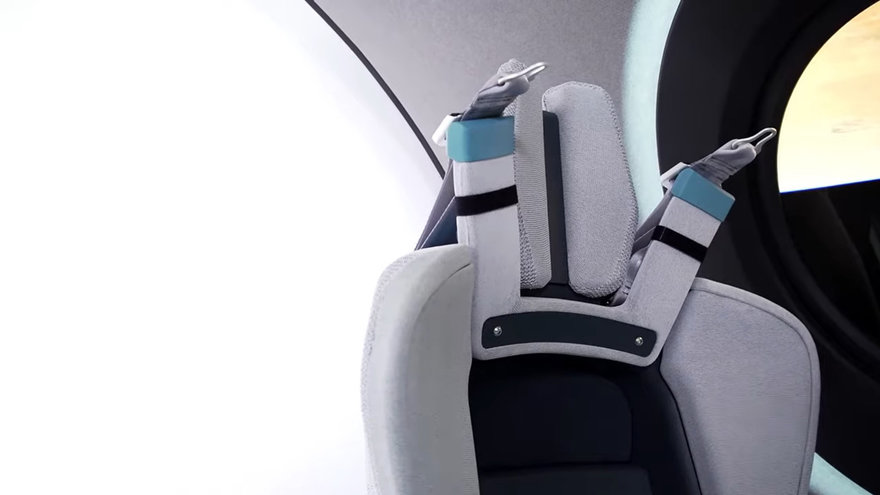 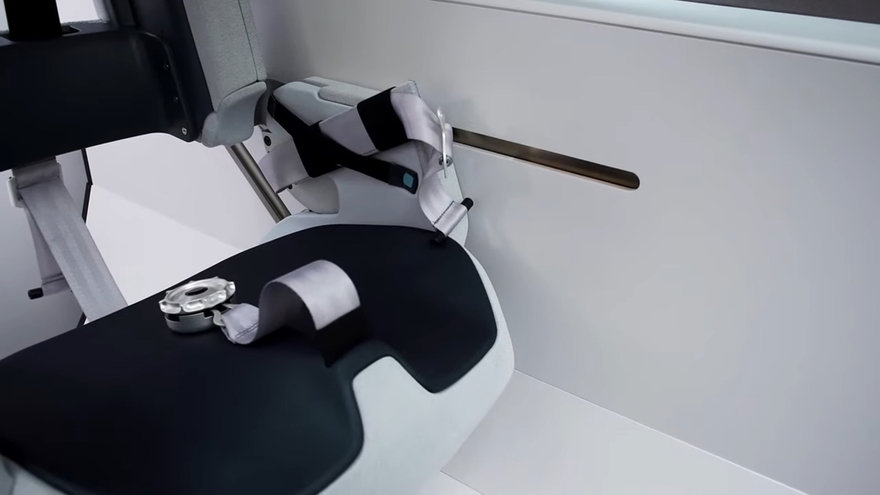 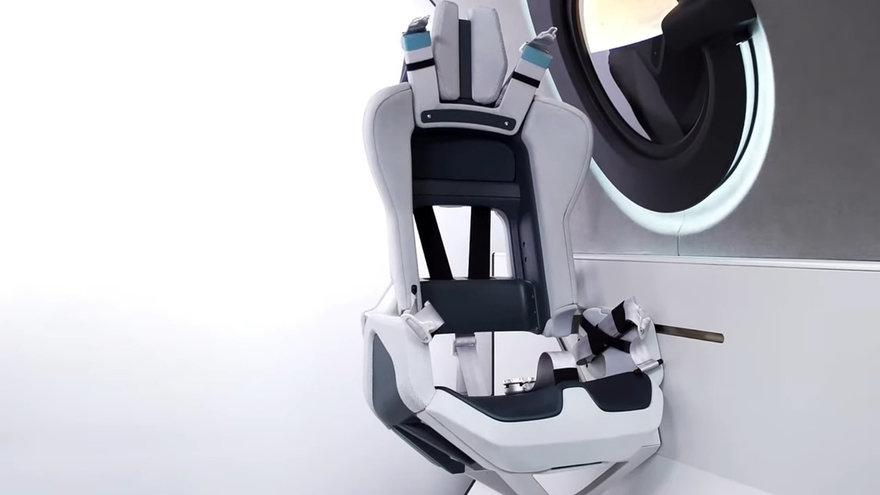 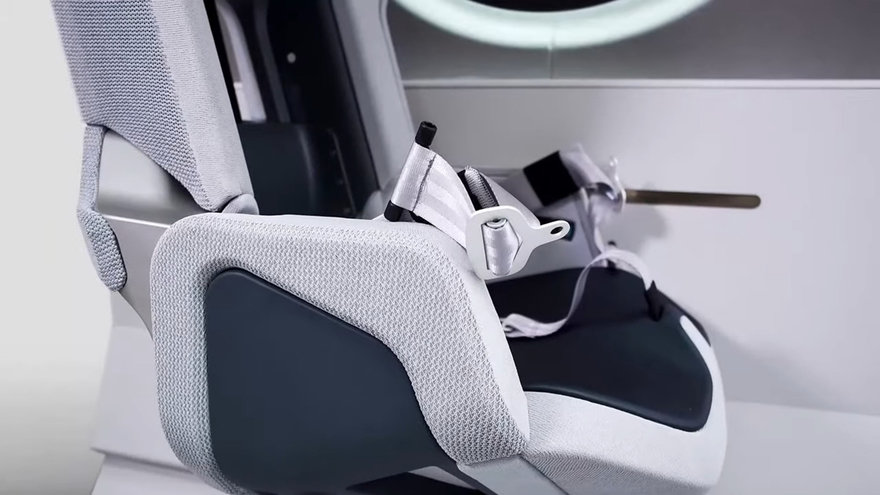 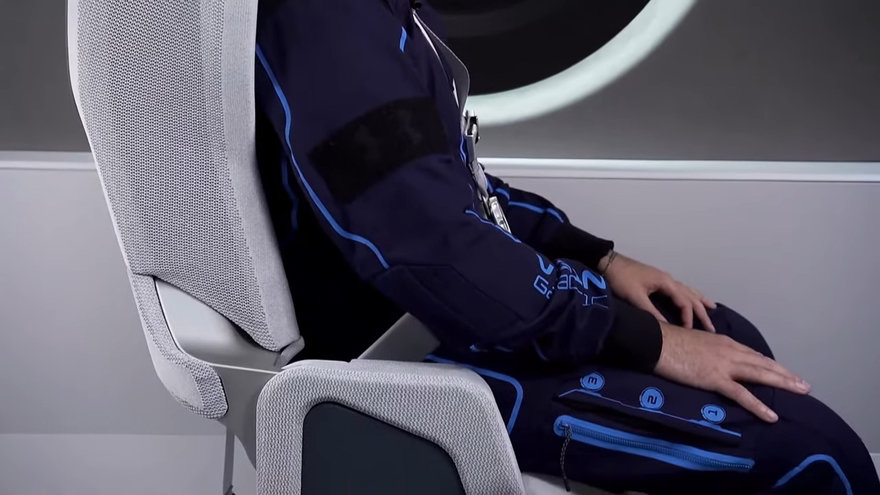 "Each seat has been engineered to match the dynamism of the flight. A pilot-controlled recline mechanism, optimally positions astronauts to manage G-forces on boost and re-entry and frees up cabin space to maximize an unrestricted astronaut float zone when in zero gravity." 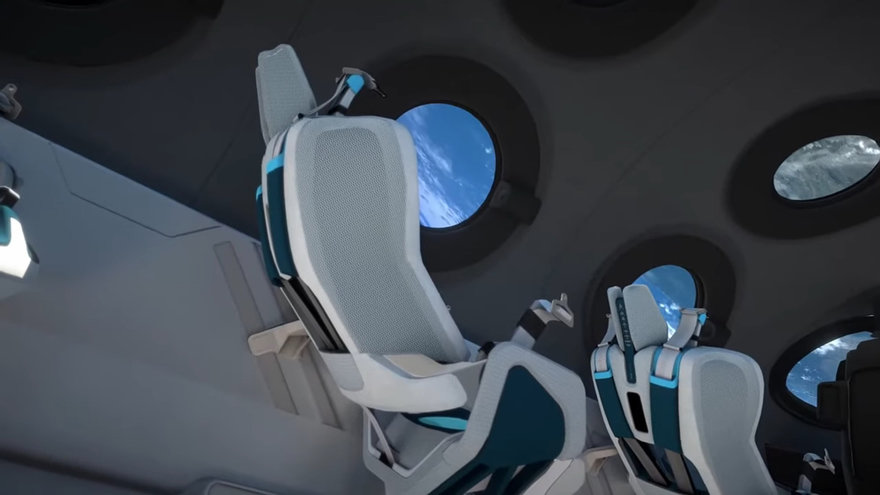 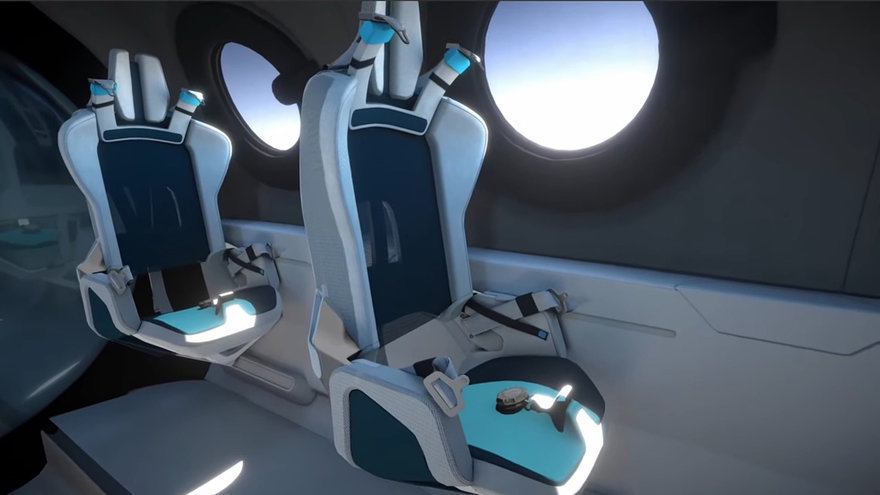 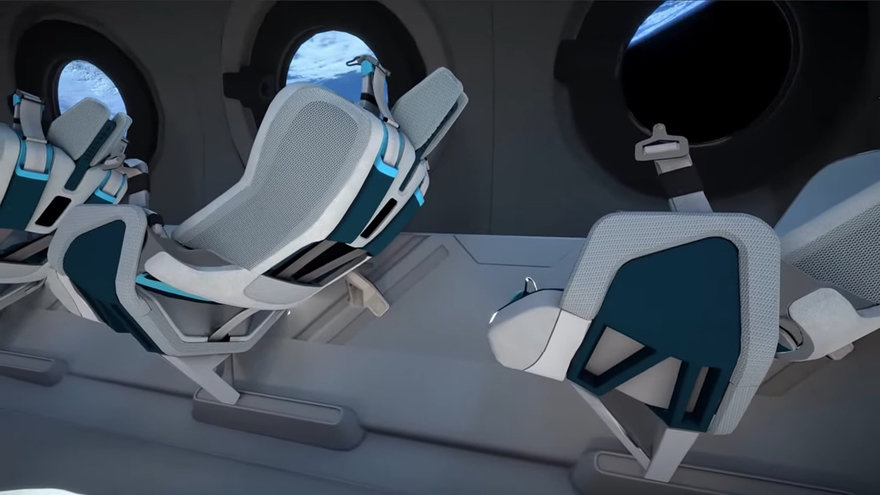 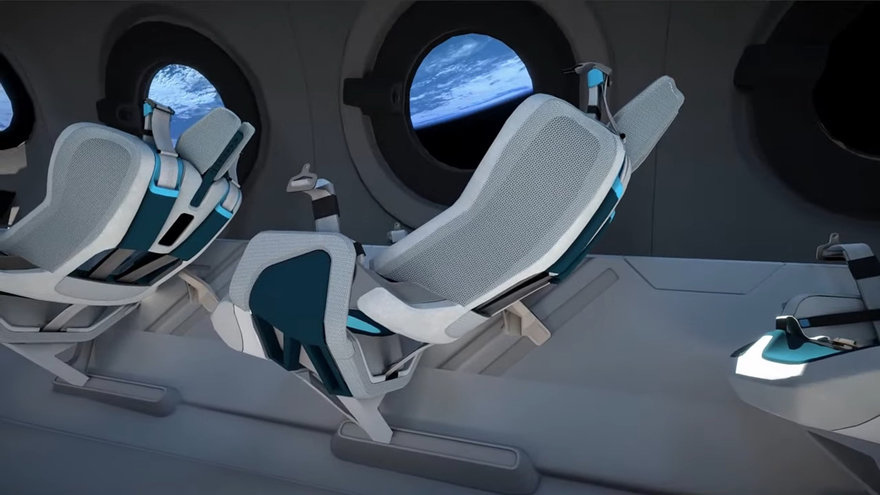 The negative space of the cabin also had design demands unlike a regular aircraft. Part of the attraction of traveling to space is to experience zero-G, which can of course only be experienced when out of one's seat. 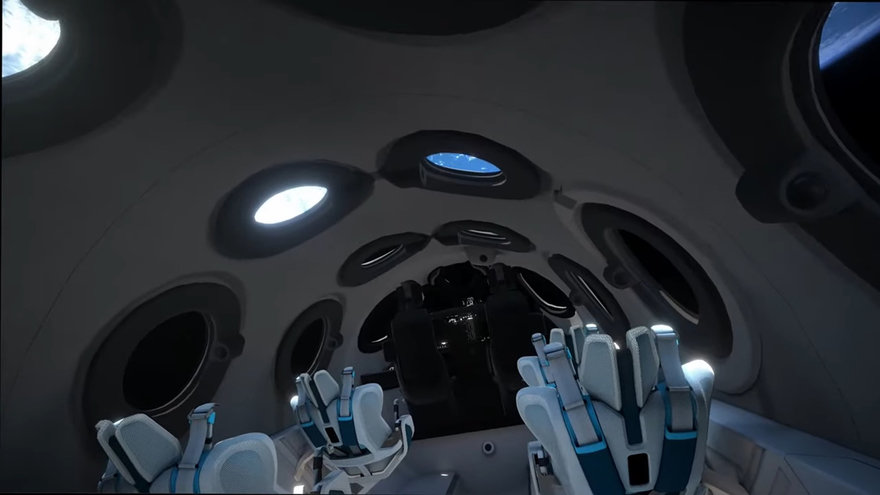 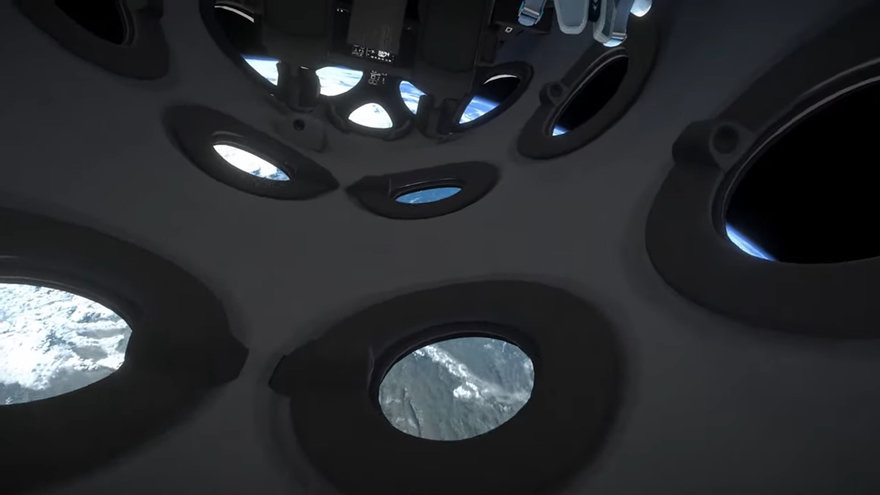 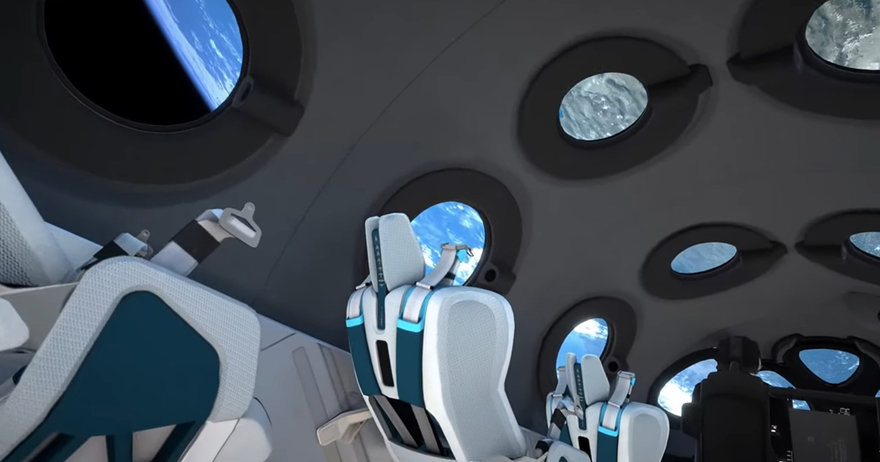 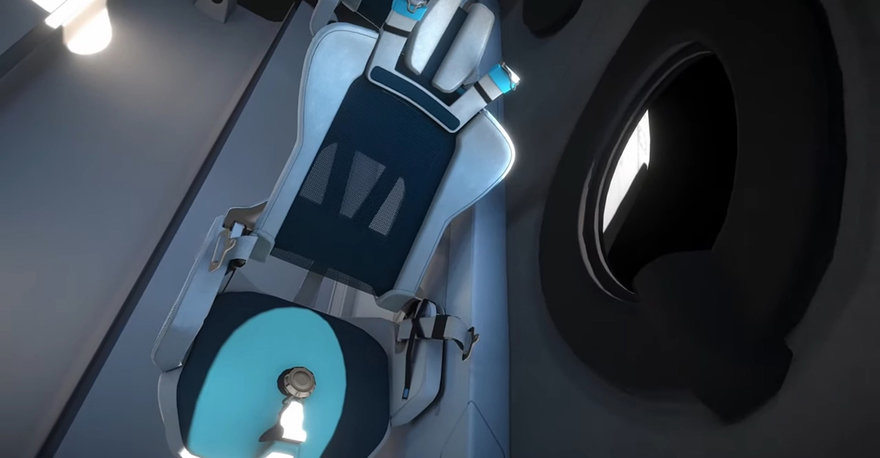 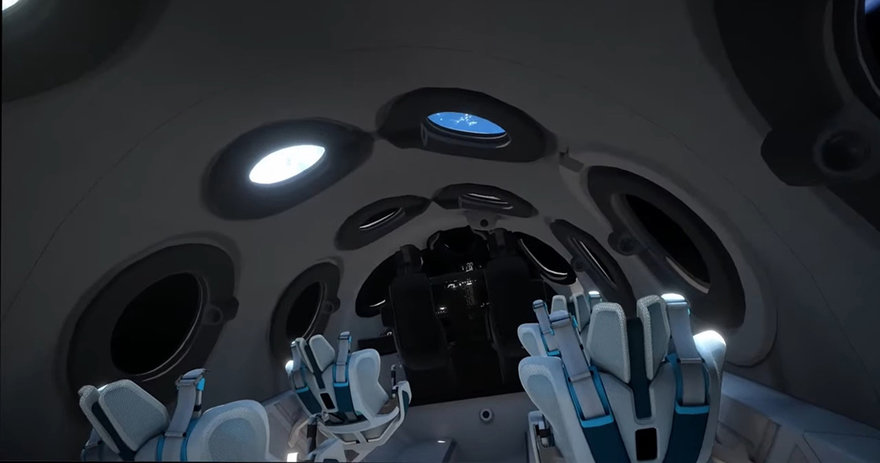 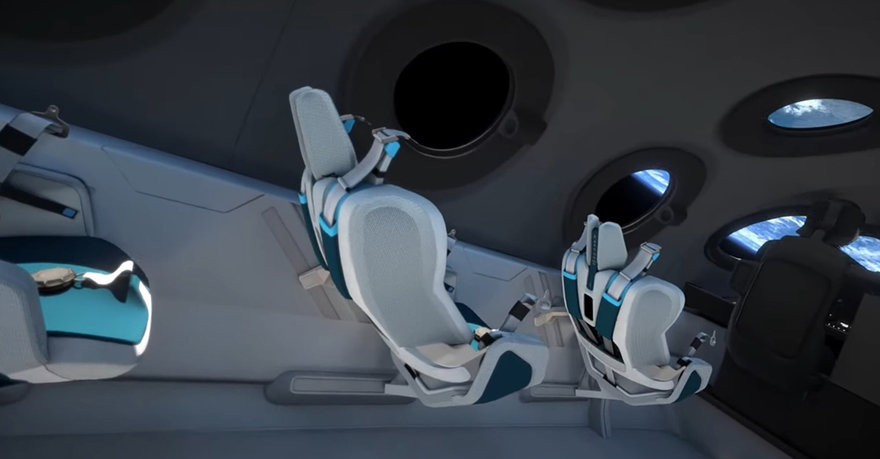 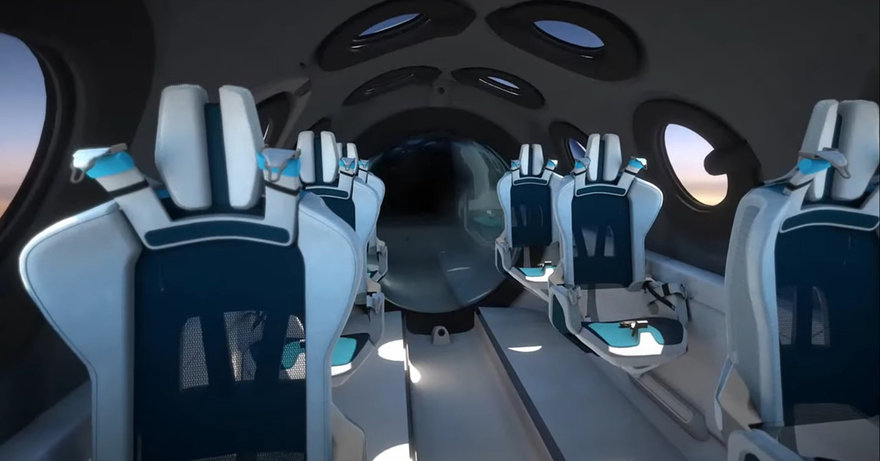 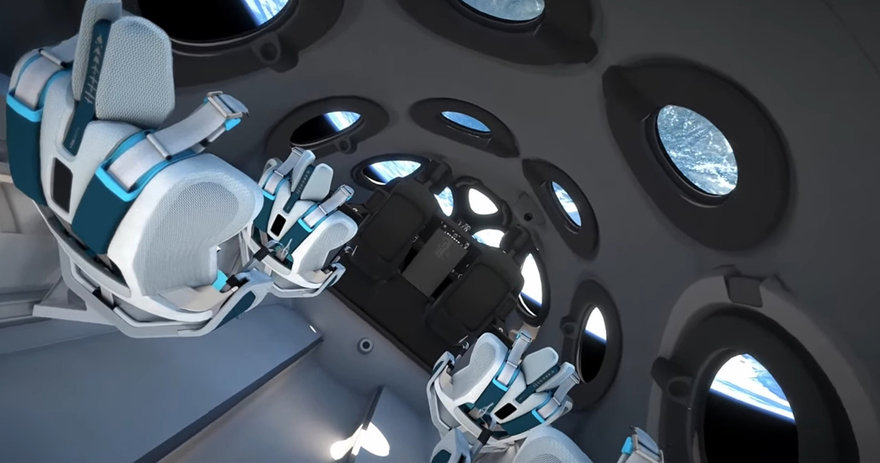 "SpaceShipTwo's cabin was deliberately sized to allow for an out-of-seat weightlessness experience for the astronauts on board. The interior design focusses on this critical part of the experience. Soft cabin surfaces and elements become intuitive hand and footholds, allowing astronauts to explore the cabin freely and fully. The "Halo" surrounds to twelve large windows have soft extended edges, which allow astronauts to perfectly position themselves for 360 degrees of awe-inspiring views, from the infinity of outer space to the beauty of our home planet." 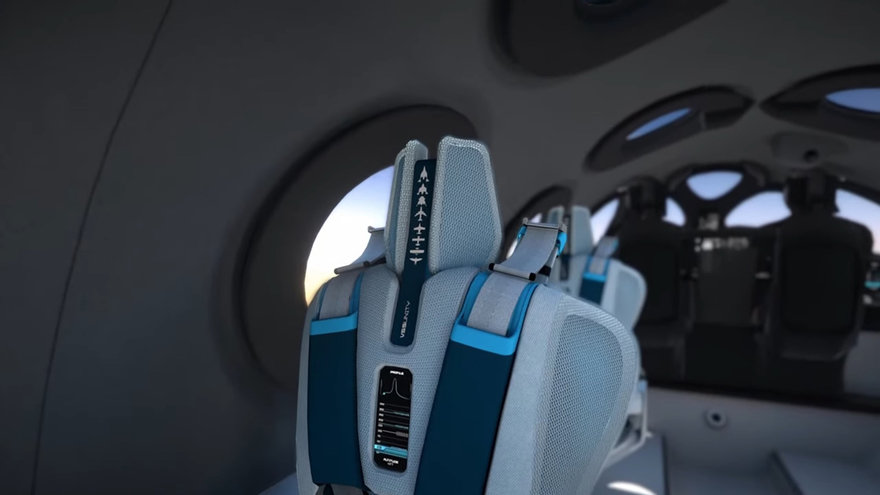 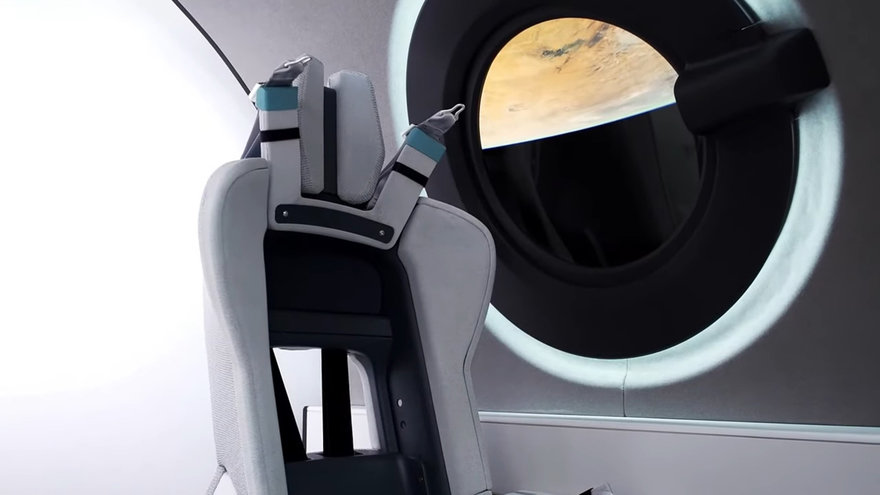 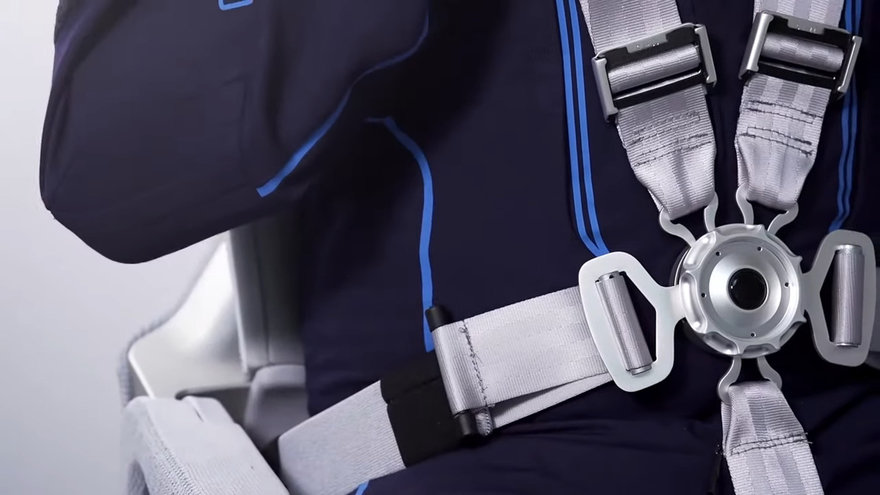 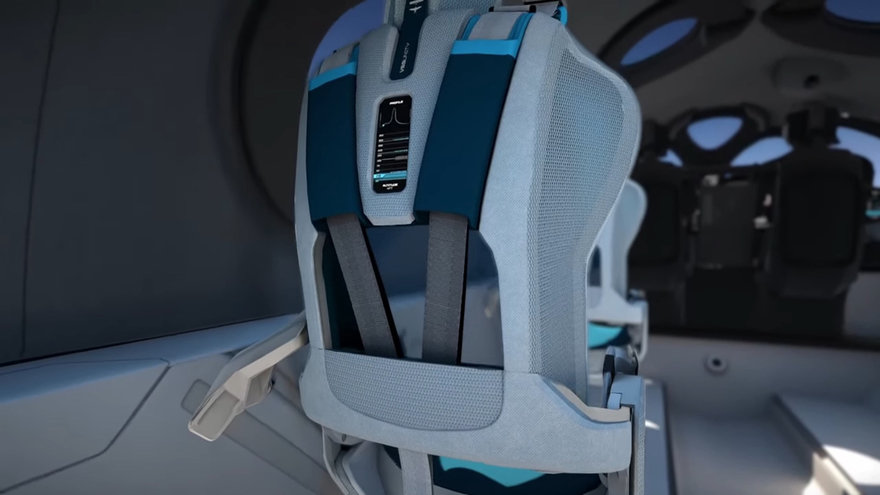 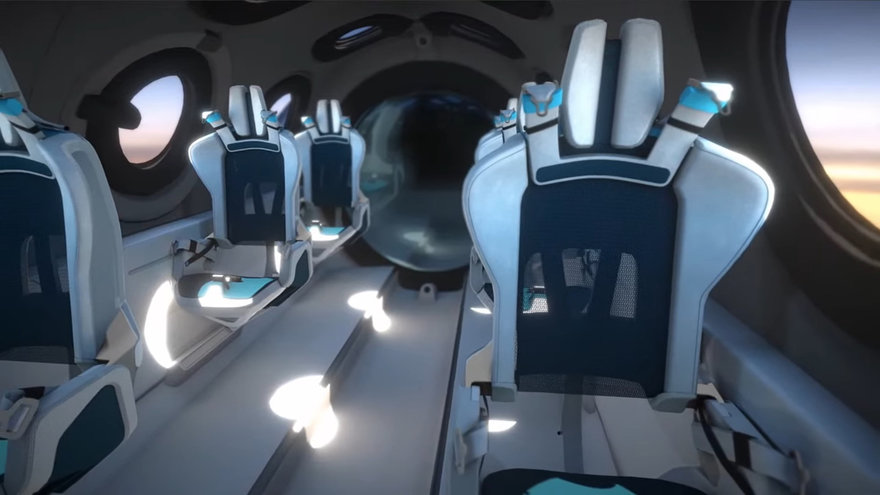 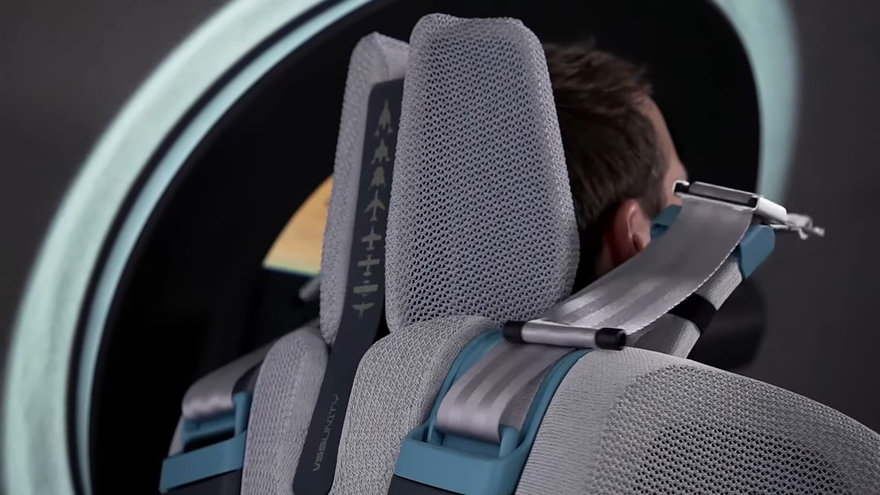 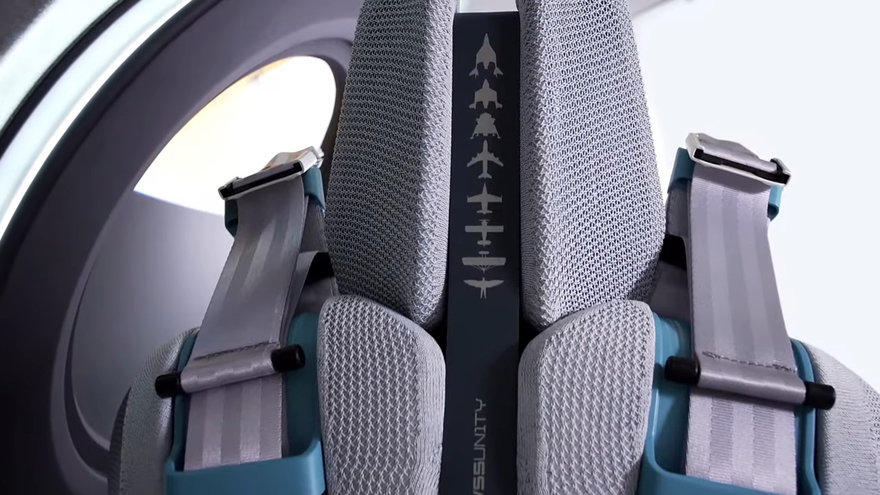 Tellingly for our modern times, most people cannot enjoy even a trip to space if they are unable to selfie themselves doing it. To free passengers up from the chore of self-photography, the designers have scattered 16 cameras around the cabin, which "will generate high definition output to provide everything from the first Instagram posts, to a beautifully edited and historically significant personal movie."

There is also, at the aft end of the cabin, an enormous circular mirror. This allows passengers to watch themselves floating. I suspect the combination of zero-G and narcissism will be too potent to tear people's eyes away from the mirror. 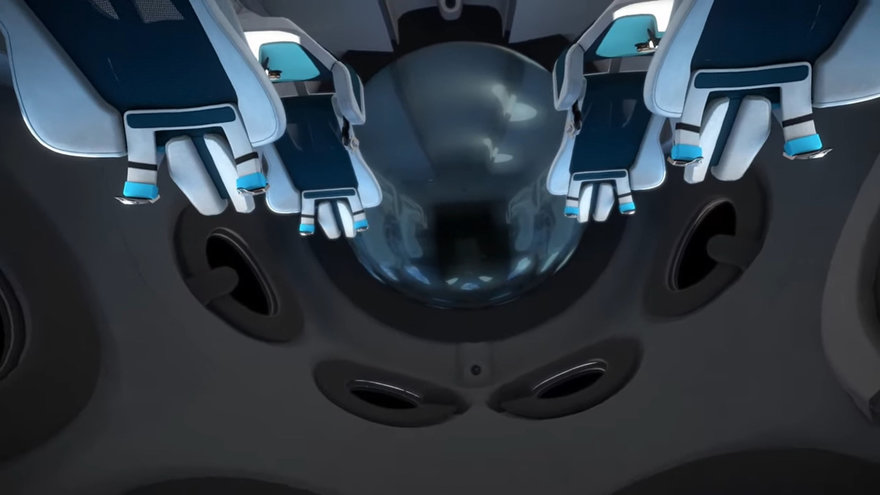 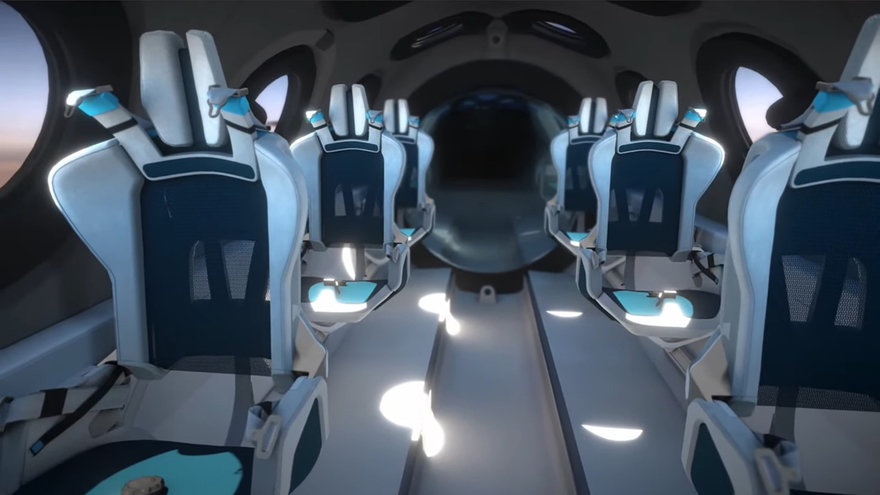 Aspiring astronauts can bring their dream of spaceflight one step closer by joining the Virgin Galactic Spacefarer community today. For a $1,000 refundable deposit, they will be front of line for newly released spaceflight reservations. More information can be found here.