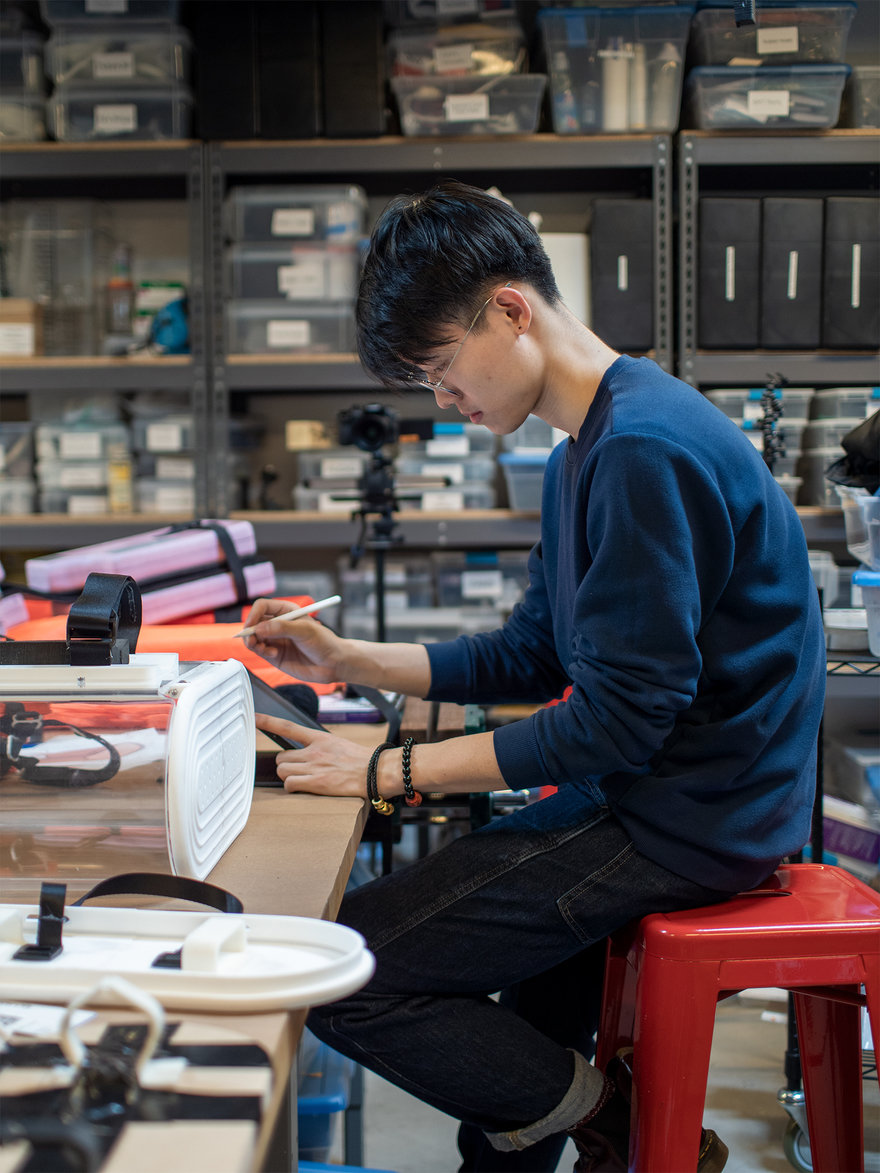 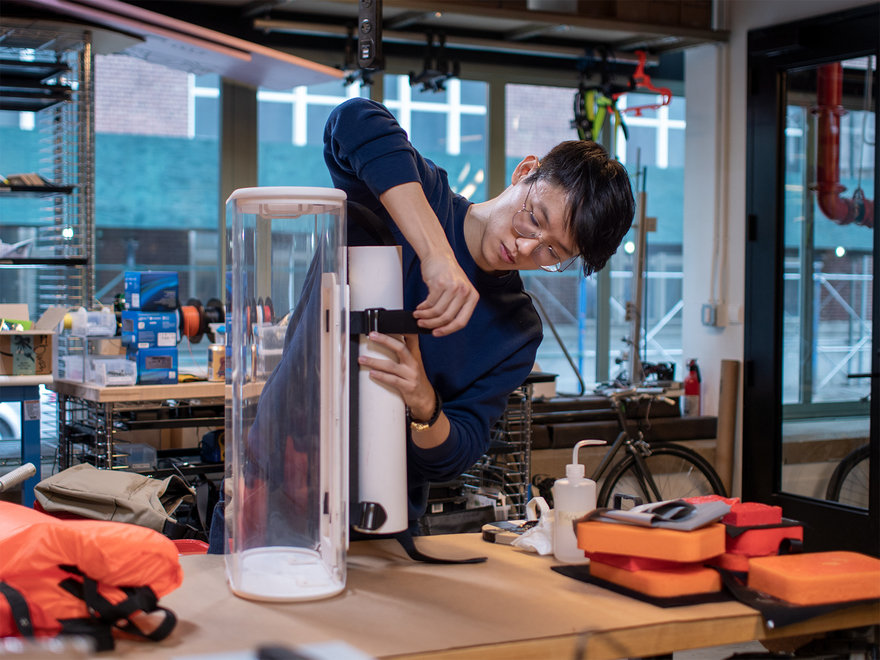 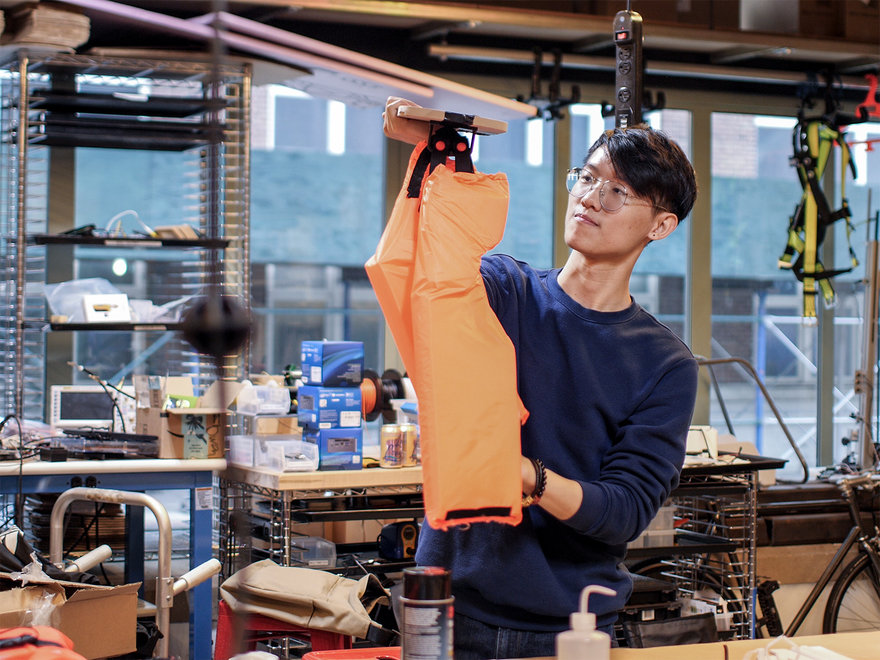 Yaokun Wu is an industrial design student at Pratt Institute. He recently designed Flash Pak, a system of dispensing lifejackets in areas prone to flash flooding. If you've seen news footage of people caught in a flash flood, you know how terrifying it is; one second they're walking down the street, the next they're caught up in a raging torrent that lifts and shoots them down the street. 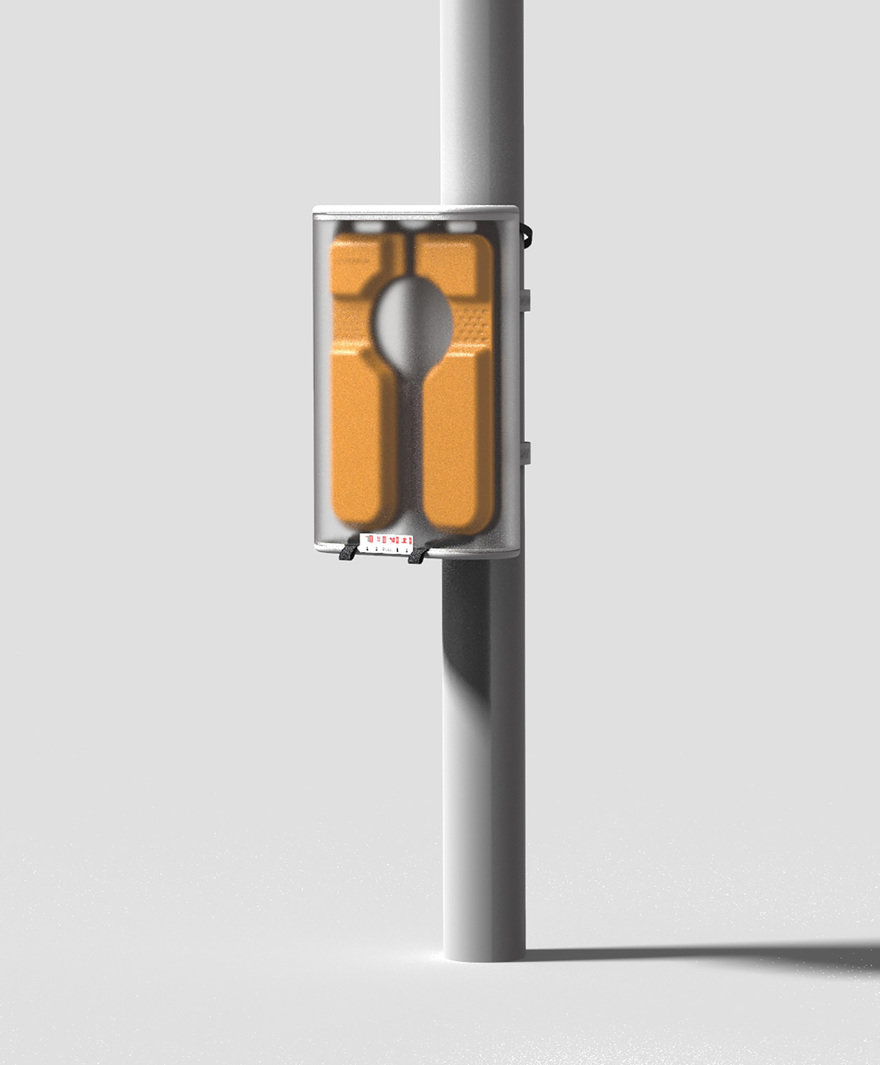 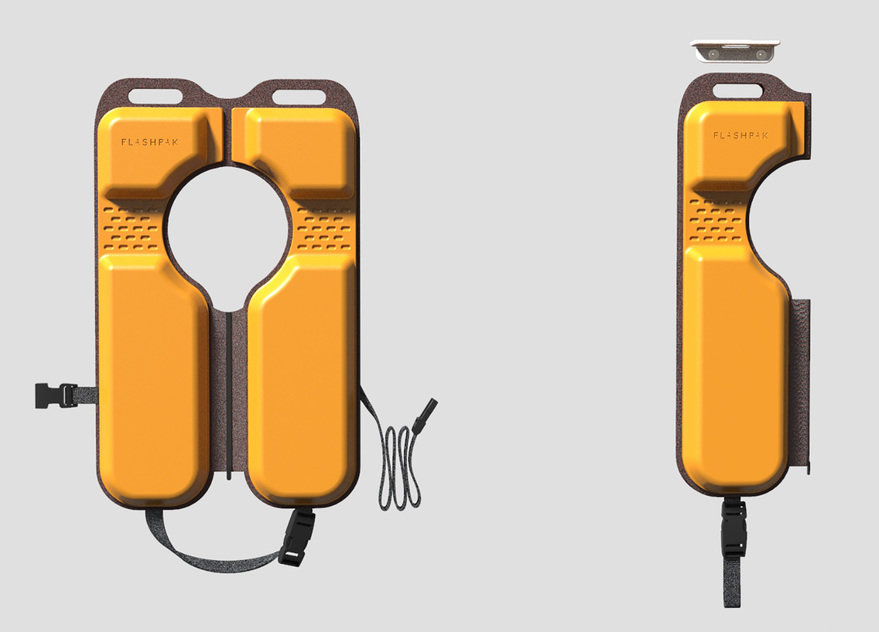 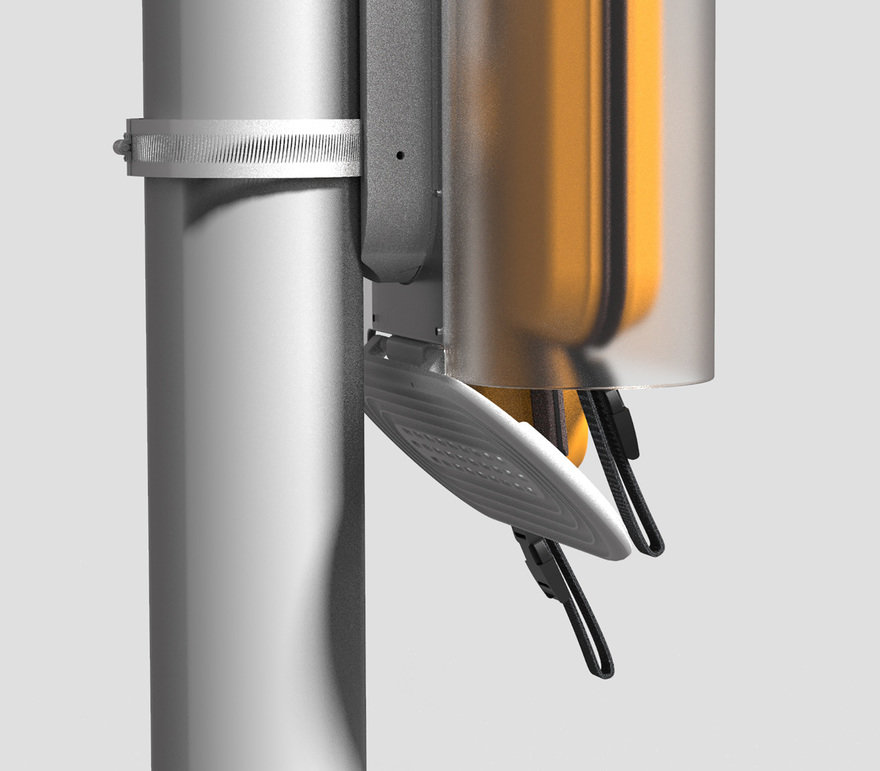 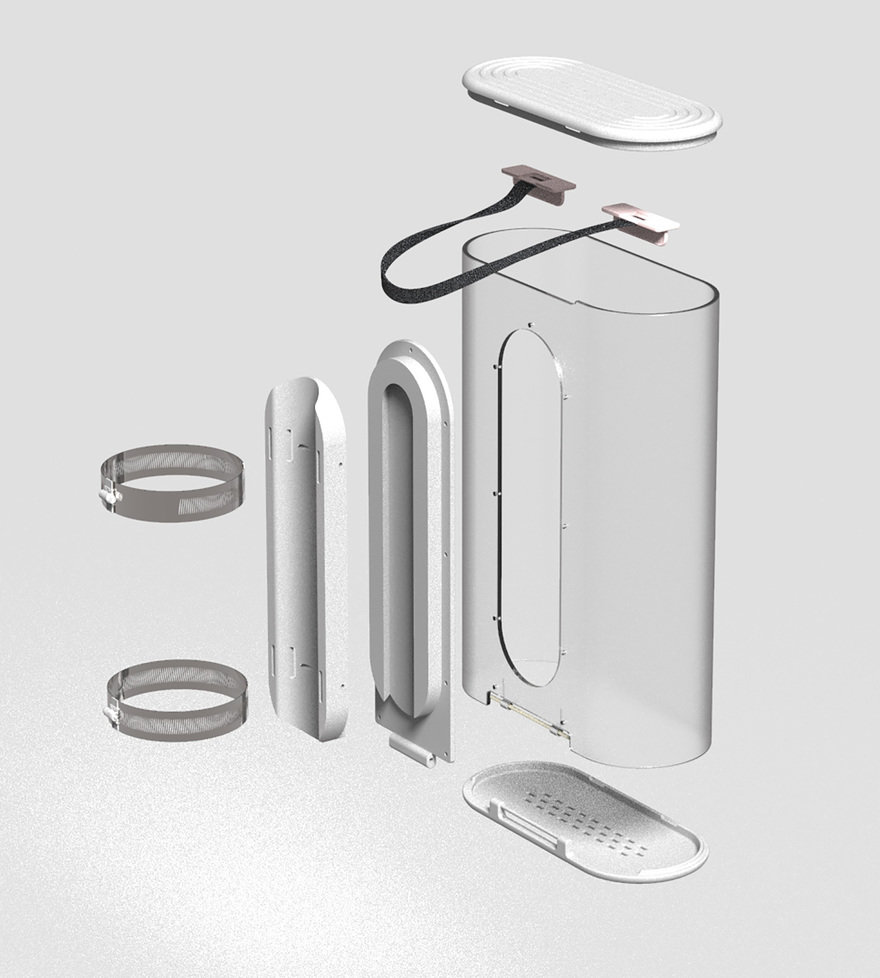 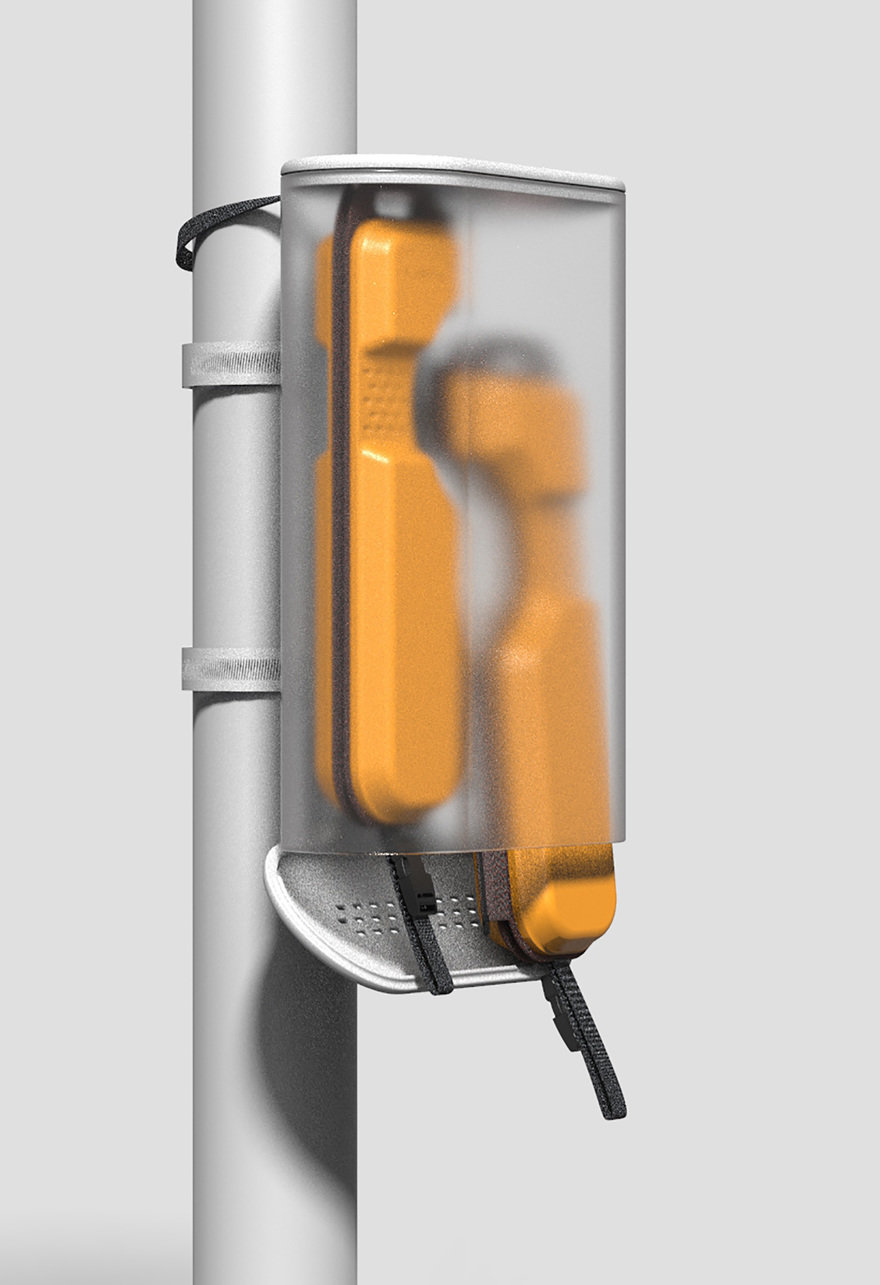 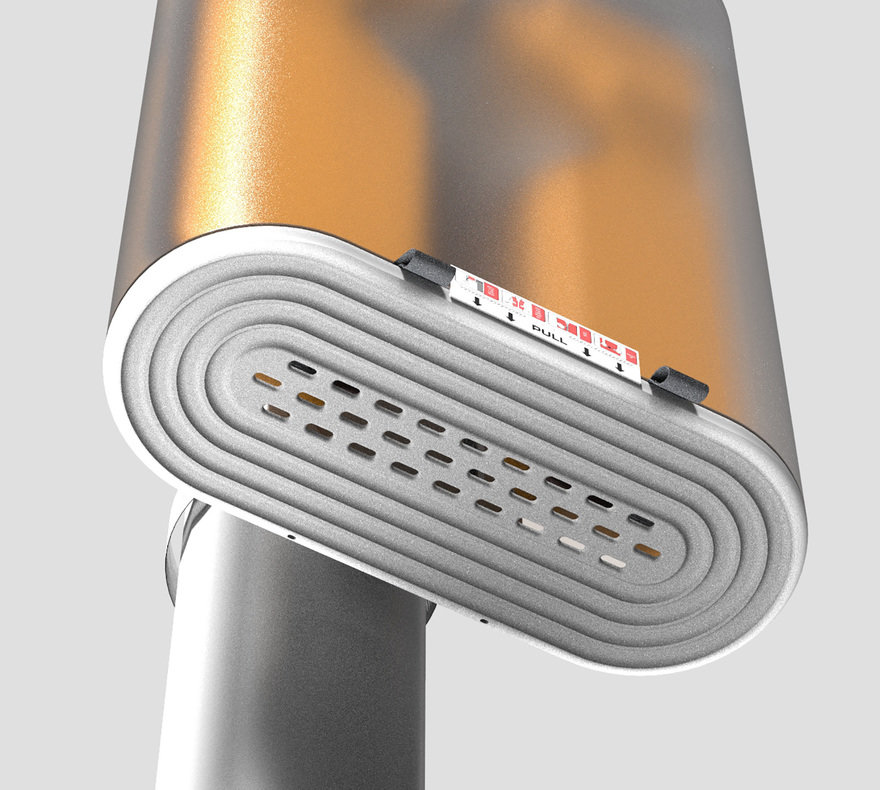 Wu's idea is simple: Flash Pak is a lifejacket that's attached to a lamppost or street sign. At the first sign of flooding, the bottom lid can be flipped open to dispense the lifejacket. But in an oh-shit situation where the street is suddenly overtaken by water, the lifejacket's buoyancy carries it up the pole along with the water level. The idea is that those floating by could spot it and snag it. 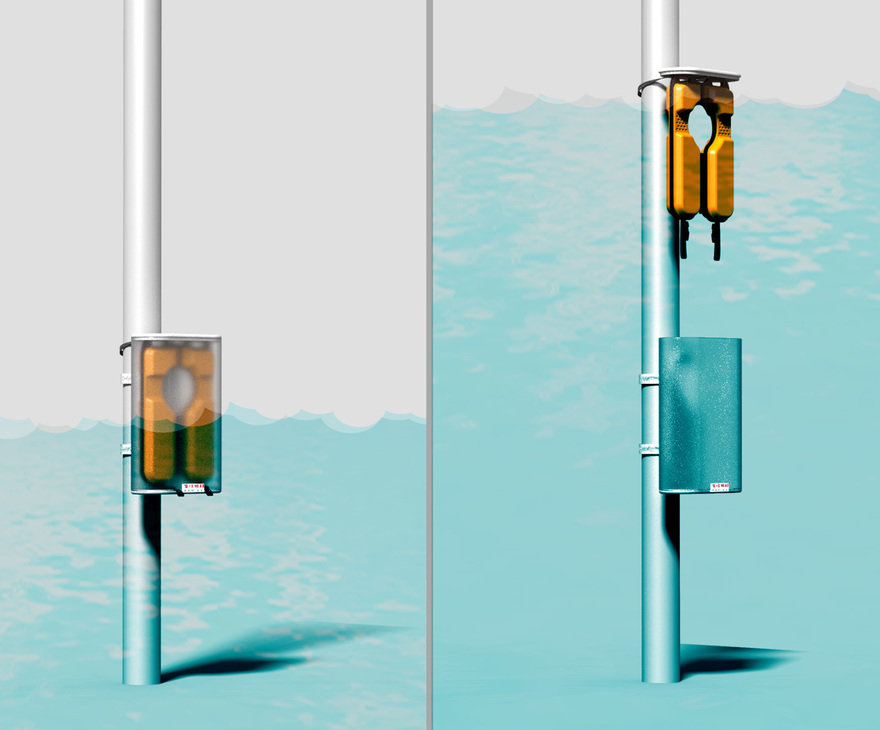 Wu's Flash Pak is one of six finalists in the upcoming 2020 Lexus Design Awards, having been selected from among 2,042 entries from 79 countries. The final judging will be on September 1st of this year.