The last six months have changed our lives dramatically. As the U.S. and several other countries move through summer in a partial state of re-opening and adapting, experiences we've always taken for granted—a trip to the movies, a short vacation, even a visit to the gym—have suddenly become fraught with concerns. As is often the case, creators are rising to the needs of a COVID-19 world, compelled to focus on projects and products that enable us to feel more grounded, engaged, and maybe even a little bit saner. We've taken a look at some recent projects on Kickstarter that demonstrate ways creativity can be used to combat the boredom of quarantine, helping us to connect with others and with ourselves, revealing new approaches and attitudes that will define the future of the New Normal.

The next generation in home entertainment 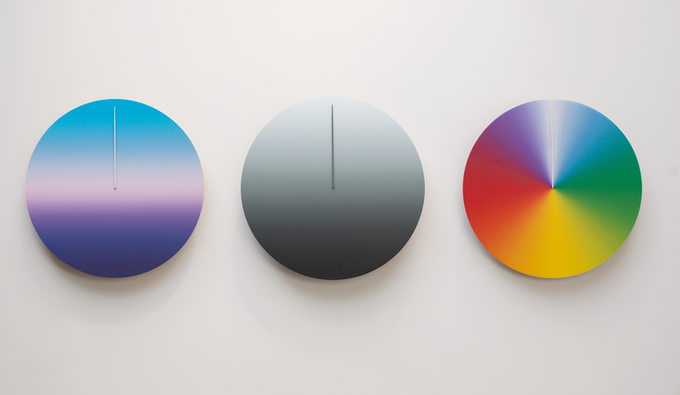 Don't fixate on the future—center yourself in The Present. This is the driving thought behind Scott Thrift's trio of "time giving gifts," colorful clock-like objects d'arte charting the cycles of the day, the year, and even the Moon. On the more traditional end of home entertainment, Magimasks has devised an immersive, high-resolution Augmented Reality headset for the smartphone, featuring full-screen AR optics with resolution 4x higher than split-screen VR headsets. Cinephiles can transport themselves to a hushed theater care of Cinera Edge, a personal "mobile cinema" home media device featuring dual 2.5K micro-OLED displays and a headphone and surround sound. Products like the Blinks game system, an illuminated smart tabletop game, and Irrcade, a machine that brings the arcade experience directly into your home with a comprehensive library of retro arcade classics and modern blockbusters, are enriching the home gaming world. Created by lifelong gamers and former VPs of Sony Playstation, Samsung, and LG, Irrcade enables users to download all their favorite games into a compact cabinet. 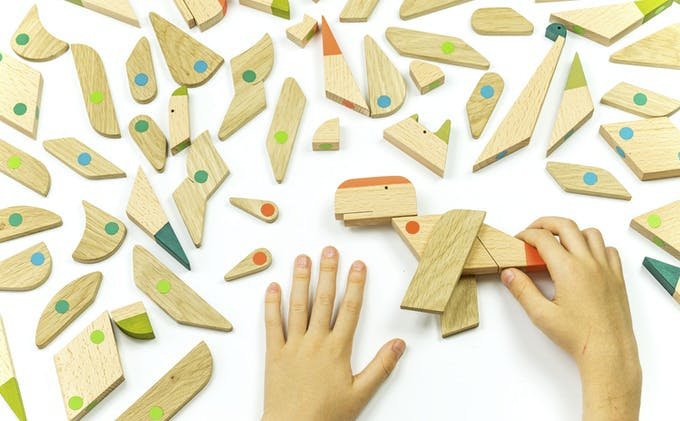 As any parent knows, it can be challenging to keep kids entertained while camps, schools, and outdoor programming are on hiatus. The next generation of children's toys seeks not just to entertain but to inspire children's creativity. Follies, a building toy created by architect Chloe Varalidi, empowers kids ages four and up to create their own life-size play spaces. Initially designed for refugee children in Greece without regular playground access, it permits little ones to create their own fantasy playlands, both indoors and outside. World-building in this era is vital, and ESNAF's wooden magnetic toys are not just fun and beautiful—they've been specifically created to encourage children and parents to work together to build crucial problem-solving skills. While mindfulness for adults has been the buzzword of the season, Good Luck Yogi's adorable robot friend is now helping children to unlock the tools of meditation and inner peace.

Home health and fitness in your own private gym 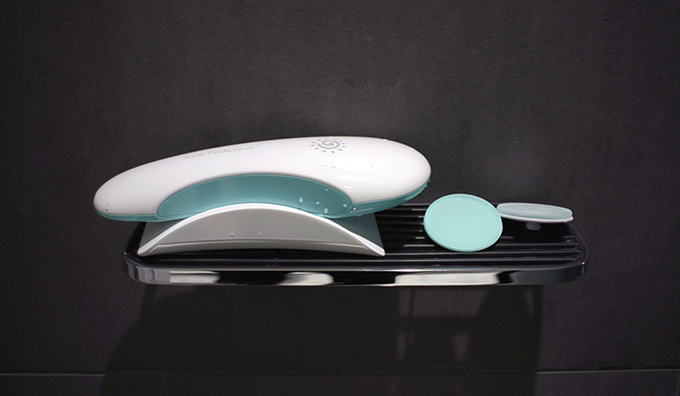 With spas, wellness centers, and gyms closed, or at reduced capacity, there's an increased demand for elevated home fitness. OYO Nova, first developed for NASA astronauts on the International Space Station, offers a "full gym in your hands" for those of us whose commitment to social distancing doesn't involve leaving the Earth, and the personal training VR treadmill system Kat Walk C encourages you to treat AI as a personal trainer without the prohibitive cost. With massage and physical therapy out of reach for many, devices like Pedicure Solar offer at-home massages and foot treatments with the added benefit of sustainability. The Trangle pillow, another innovation, is designed specifically for women but restorative to all, giving strained WFH backs a brief respite. 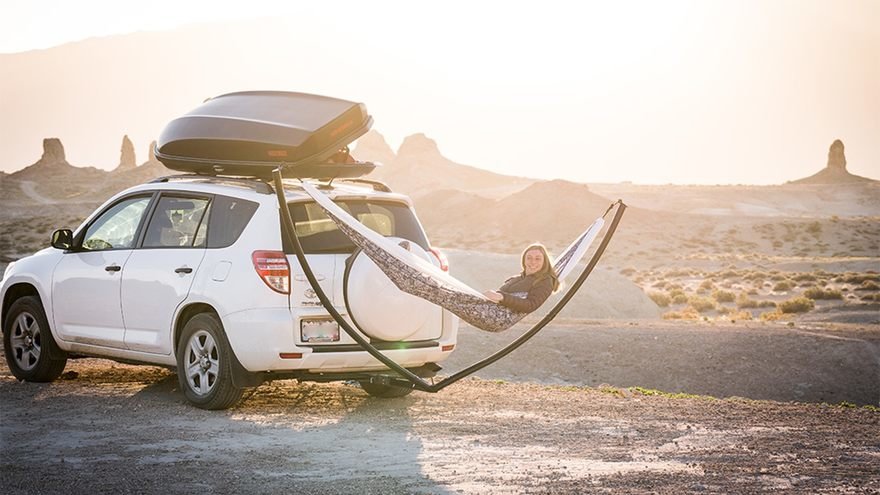 After over six months of social distancing, many families are itching to safely and practically leave the house, giving rise to a new era of the Great American Road Trip. Products like Rincon Hammocks now enable you to transform any open space into a campground, and innovations like foldable canoes solve the dilemma of renting and transporting boating equipment. Since water refill stops can prove problematic, innovations like the Larq bottle, a portable water purification system, provide a sleek fix. For emergencies and long-distance trips, Ecoflow's high-powered charging stations can take the pressure off periodic refueling and recharging stops. Doing laundry on the road also becomes less of a chore with the arrival of newcomer One Shirt, made from sustainably upcycled coffee-grounds-infused fabric. And for those who truly can't get away, there's been a rise in the popularity of lucid dreaming—or Inception-style dream hacking—as exemplified by creations like the Somni mask.

The rise of the creative project 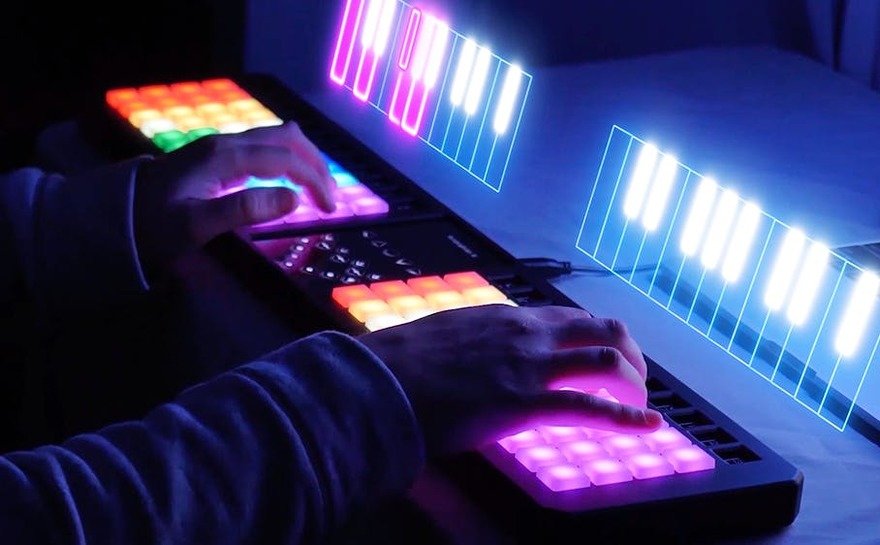 With more time on our hands, many of us are picking up new and challenging hobbies. We've seen a number of products that bring an extra level of polish to DIY creative projects, a trend exemplified in products like Stacker F1, a professional-grade home 3D printer, and music composition aids like TheoryBoard, a music theory MIDI controller and music production tool that provides for total composition control. Others may choose to develop and produce home podcasts, rising to the challenge with Audiowow, a portable recording studio on demand. For the truly ambitious, getting acquainted with the latest computer vision technology might sound like a fun quarantine project, and OpenCV AI Kit provides a tiny, powerful, open-source Spatial AI system specifically for this purpose. On the other end of the spectrum, if you're sick of ordering in, you can grow your own (wiggly) food farm with The Future of Home Grown Protein, a full meal-worm starter kit, which marks a return to the desire for simplicity, self-sufficiency, and a more manageable world.

Check out all the projects mentioned above