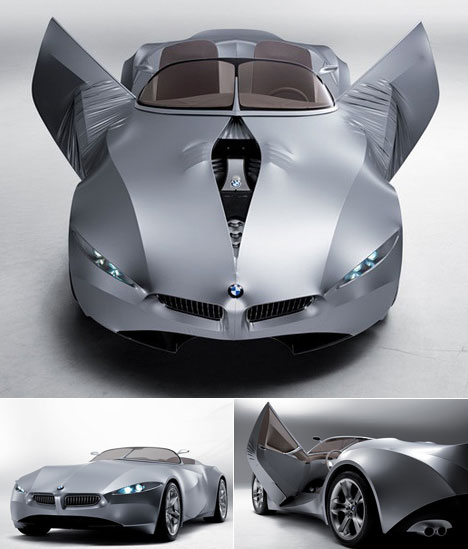 More on yesterday's Bimmer philo essay, Wired has a great article on BMW's GINA Light Visionary Model concept car. The body is made from a seamless polyurethane-coated Lycra fabric stretched over a moveable aluminum frame allowing the owner to change the car's shape. Purely conceptual, there is no intention of this technology ever going into production.

"It is in the nature of such visions that they do not necessarily claim to be suitable for series production," company officials said in unveiling the car Tuesday. "Rather, they are intended to steer creativity and research into new directions."

GINA (Geometry and functions In 'N' Adaptions) has been in development for six years, the working model is built on a Z8 chassis and has four panels which take about two hours to put on.