How Do You Design a Successful Public Health Initiative? ShineLA Wants To Be a Glowing Example

ShineLA is a Student Notable in the Design for Social Impact category of the 2020 Core77 Design Awards competition.

The 2028 Summer Olympics are set to take place in Los Angeles, and local institutions are already working hard finding ways to put a bright spotlight on the city. Cedars-Senai Hospital in Los Angeles is partnering with the Los Angeles Department of Recreation and Parks, The Discovery Cube children's museum, Garmin, and ArtCenter College of Design's DesignMatters and LaunchLab programs For Cedars-Sinai, to tackle public health during the Olympics by incorporating easier ways for any LA citizen to get their exercise. The particular focus of this in-dev design system, called "ShineLA" is on underserved communities, at-risk children, and low-income families in Los Angeles. 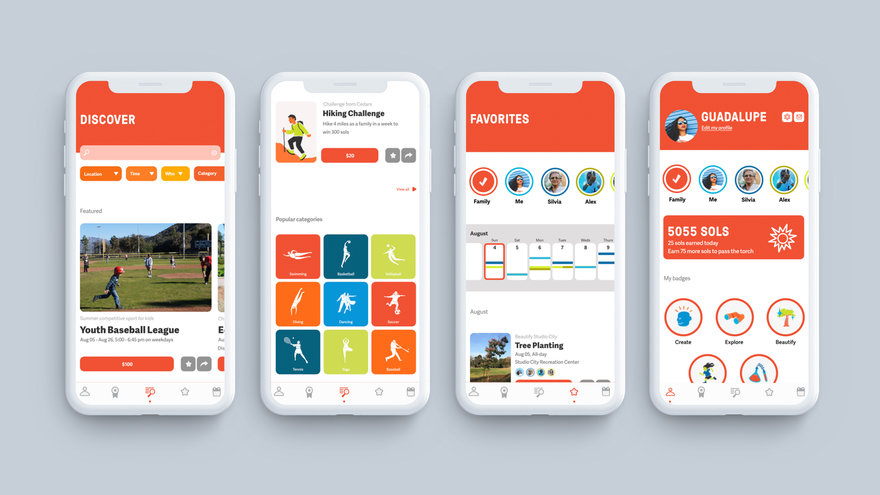 Health initiatives of the past simply relied on print campaigns and video advertising, while today's campaigns are instead powered by interactive apps and public activations. ArtCenter College of Design alongside the ShineLA campaign put together a student task force called "Team Shine" to develop the initiative's digital system and marketing campaign. Team Shine's work resulted in an app and web site, which will provide easy access to an otherwise overwhelming index of activities happening all around the metro area. The system will also bring affordable and exciting exercises to users who might otherwise feel excluded in a city of active people.

Notable features of the ShineLA app include a 'Search' that allows users to find exercise opportunities around the city according to location, time, and age. The 'Calendar' feature allows the head of a household to compare everyone's schedules at once, allowing for family activity time. A technological complement to the app will be branded, integrated fitness wearables by Garmin that provide Cedar-Sinai with public health data and the opportunity to communicate directly with study participants. 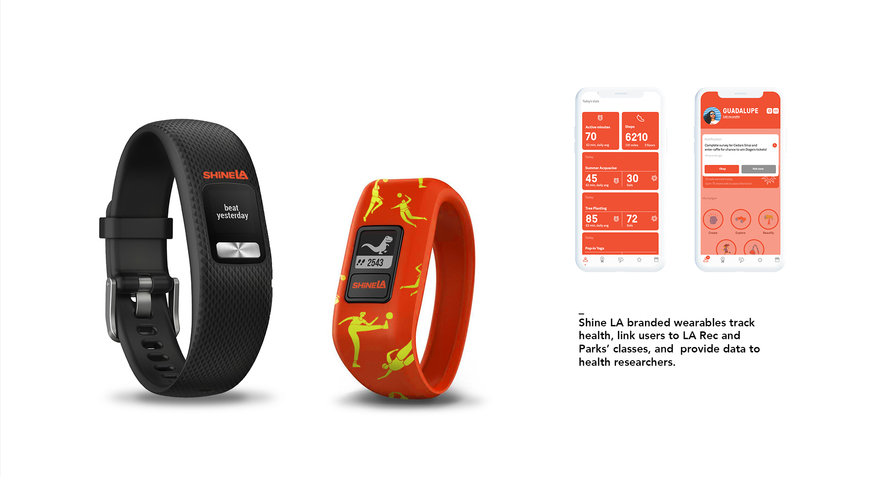 ShineLA also created a number of activation spaces in collaboration with the LA Recs and Parks Department. These locations will act as easy self-guided fitness stations, using existing walls and benches to "serve users a gym at a moment's notice," as Team Shine put its.

ShineLA's success will likely rely on their inventive attention to budget. Creative ways that allow more nonprofits to get plugged into the program over time are fully baked into the initiative. "[We designed the ShineLA system with the capacity to scale and involve other organizations such as the LA Discovery Cube. We were fiscally smart on behalf of our sponsors and our users," the ShineLA team shares.

Their visual communication of their ShineLA campaign, another large component of the effort that will include flyers, banners, spatial communication and fun interactive advertising, is also cleverly economical. "In our primary research phase, we learned how critical it is to leverage every dollar when it comes to public programming," the teams says. "One example is seen in our marketing campaign. The print booklets and flyers handed out by LA Rec and Parks are designed to be printed black and white on LA Rec and Parks' signature neon paper. This will cut costs and streamline visual communication between the diverse neighborhoods of LA." 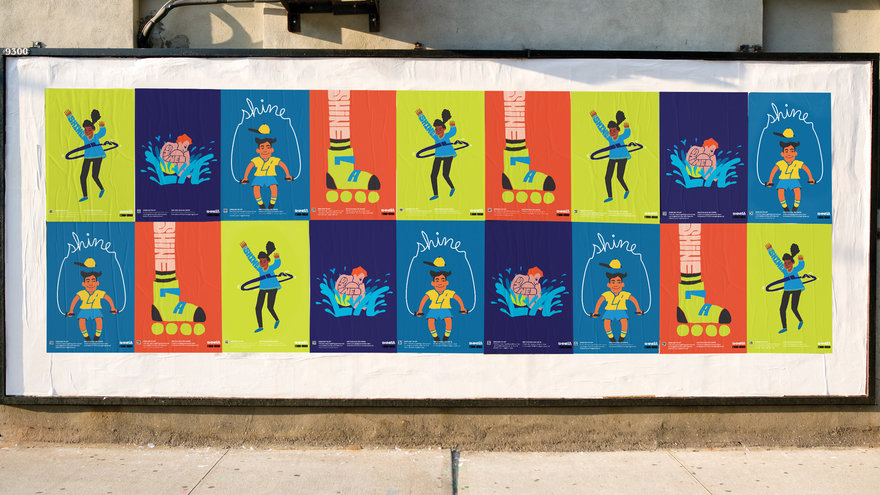 According to ShineLA's team, when fully operational their efforts will be "the largest-ever public health initiative ever conducted by mankind." The team's economical point of view and open platform-style that allows other organizations around the city to get involved are keys that better ensure such an ambitious project can be adopted and implemented on such a wide scale. The hope is that ShineLA can not only create good, healthy habits for citizens of all financial brackets and abilities, but perhaps more importantly, make for an even more unified community.

How Do You Design a Successful Public Health Initiative? ShineLA Wants To Be a Glowing Example