Japan's nonprofit Nippon Foundation has launched a humble initiative armed with a lot of design firepower: The Tokyo Toilet project, which has lined up a team of starchitects and star designers to create freestanding public bathrooms in the vicinity of Tokyo's Shibuya neighborhood.

Fifteen designers including Tadao Ando, Marc Newson, NIGO and Miles Pennington have been asked to design one bathroom apiece; Shigeru Ban, the 16th designer on the squad, has been asked to design two. Ban's creations don't disappoint: He's used electrochromic glass for both designs, so the color-tinted walls are transparent by default, but turn opaque once the doors are locked.

"There are two things we worry about when entering a public restroom, especially those located at a park," Ban writes. "The first is cleanliness, and the second is whether anyone is inside. Using the latest technology, the exterior glass turns opaque when locked. This allows users At night, the facility lights up the park like a beautiful lantern." 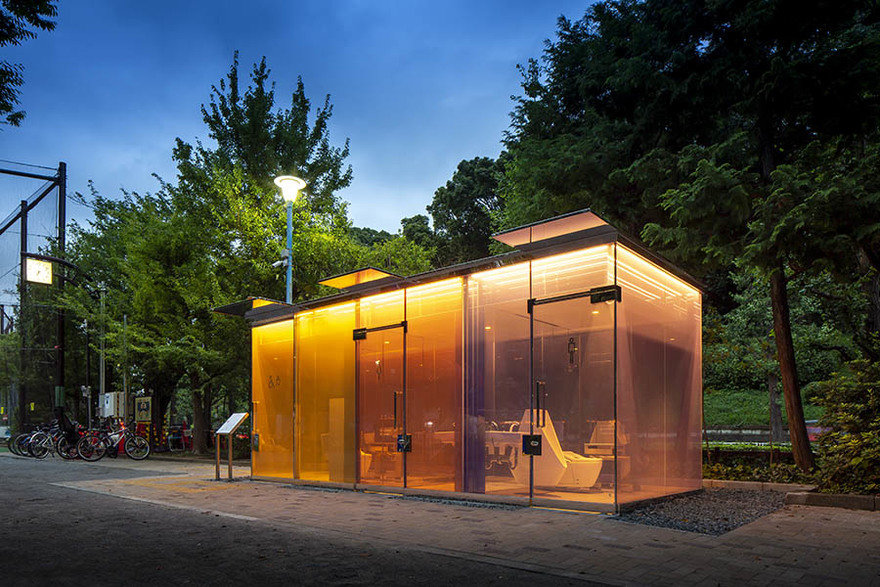 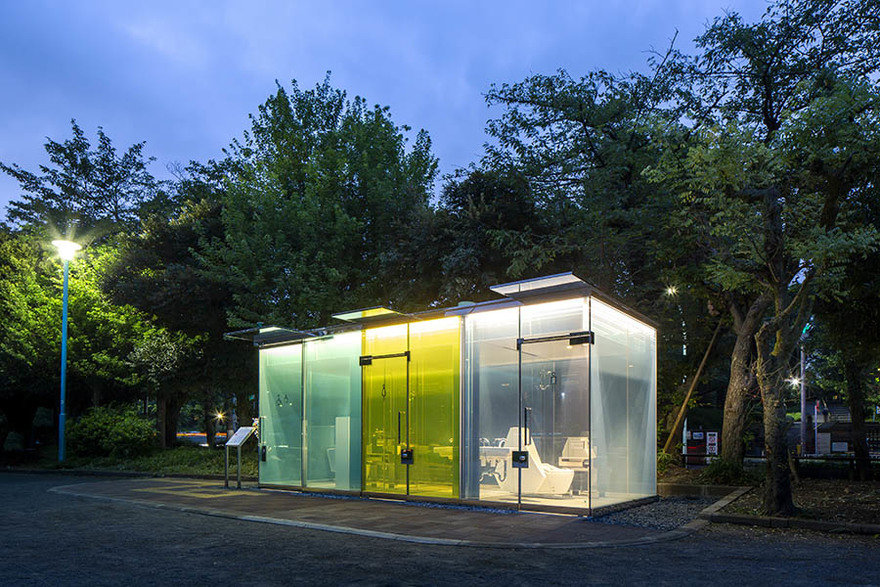