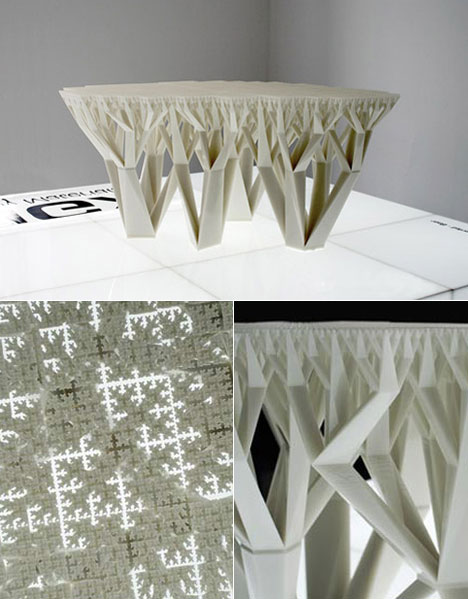 The Fractal Table debuted at the Materialise.MGX exhibition at Zona Tortona in Milan earlier this year. Developed by Platform Wertel Oberfell together with Matthias Bär, the table can only be produced with rapid prototyping to make the treelike stems that grow into smaller branches until they get very dense at the top. While it may not be the easiest table for cleaning food off after a Euro Cup session, it is an interesting exploration of rapid prototyping and it's limits.