Further proof we'll soon be receiving packages delivered by drone: Yesterday Amazon gained FAA approval for its Prime Air fleet of delivery drones, joining competitors UPS and Wing (a subsidiary of Google's Alphabet). The question is, what will the dominant form factor of these objects be?

We've already seen a sharp evolution in designs from Amazon. The most primitive was this testing drone we saw from them back in 2013:

Having eight exposed rotors was fine for proof-of-concept--"Can we generate enough lift to haul a five-pound package over a reasonable distance?"--but the naked blades obviously presented safety issues for birds or humans the drone might accidentally contact. So by 2016 they'd moved to an enclosed-rotor form factor, and found that ditching the eight smaller rotors for four larger ones could still provide the requisite lift: 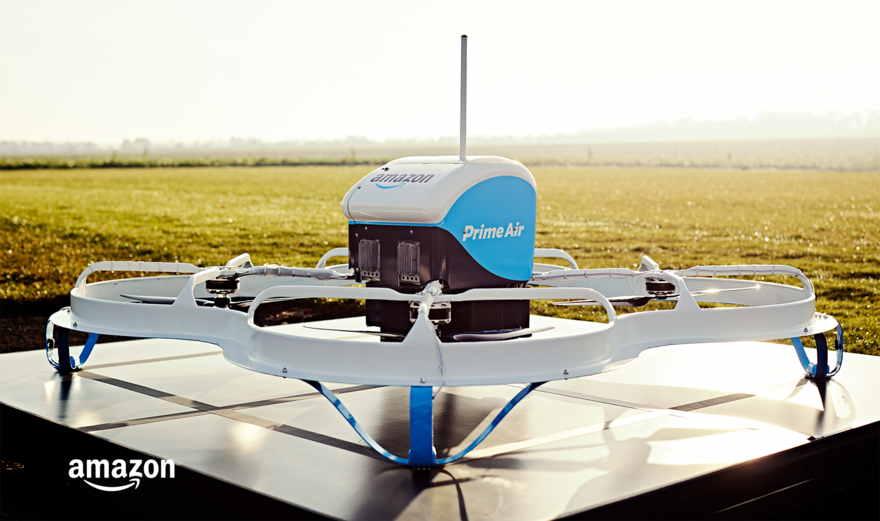 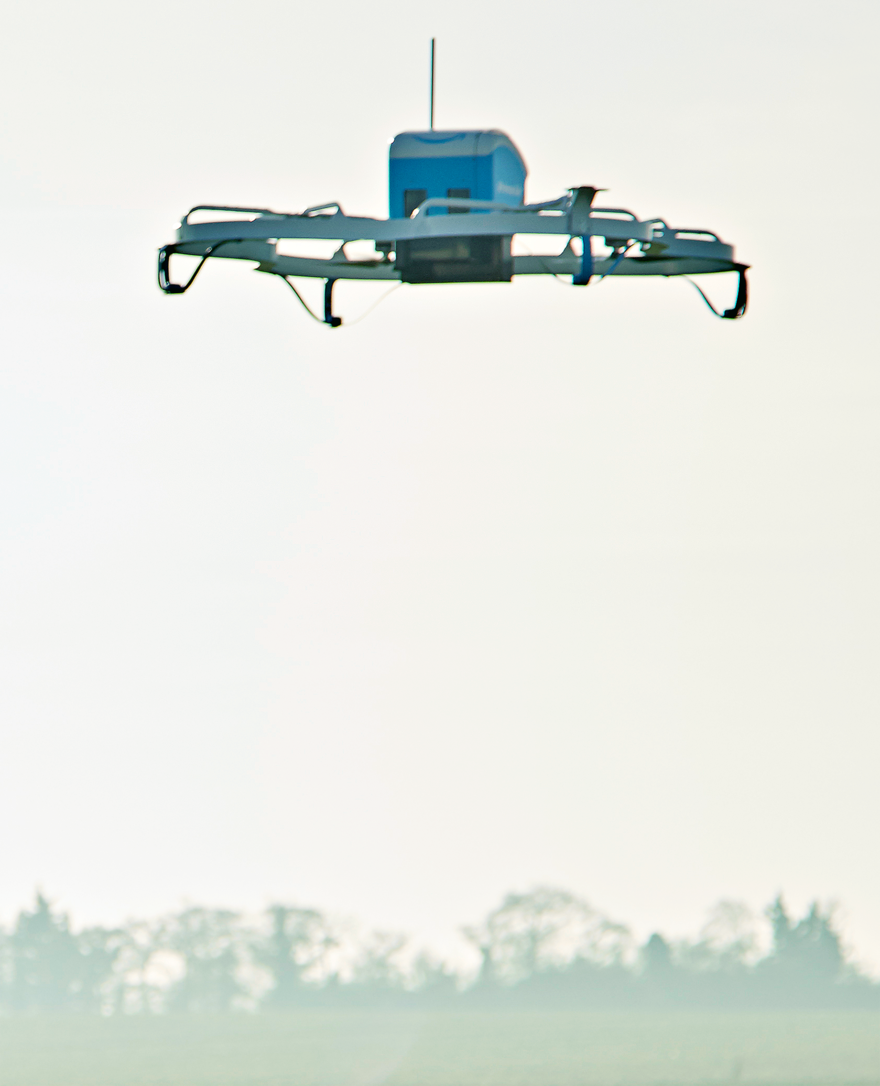 With that hurdle cleared, the next design made another advancement: Rather than relying solely on horizontally-spinning blades for lift and thus flying like a helicopter, this next iteration added fixed wings fore and aft, as well as a vertically-spinning propeller at the rear for propulstion. This new, improved design could thus take off like a helicopter, then fly forwards in the manner of an airplane. 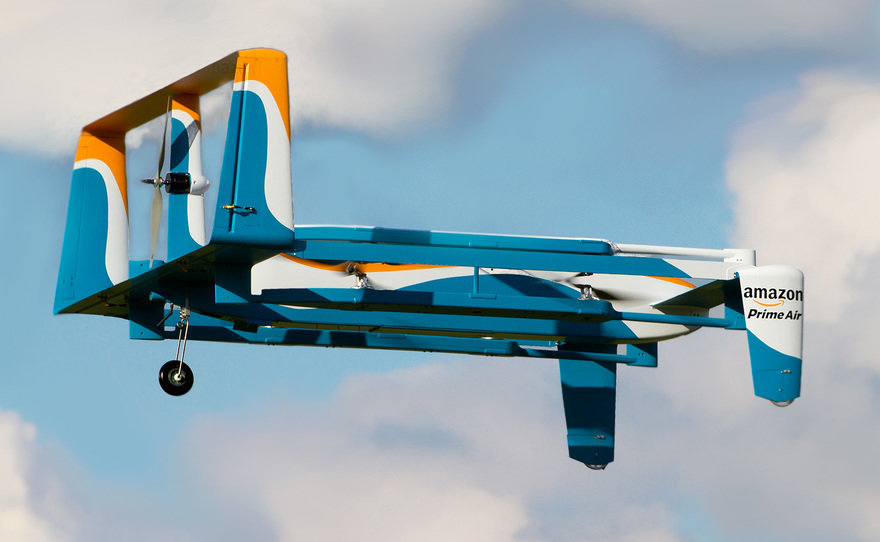 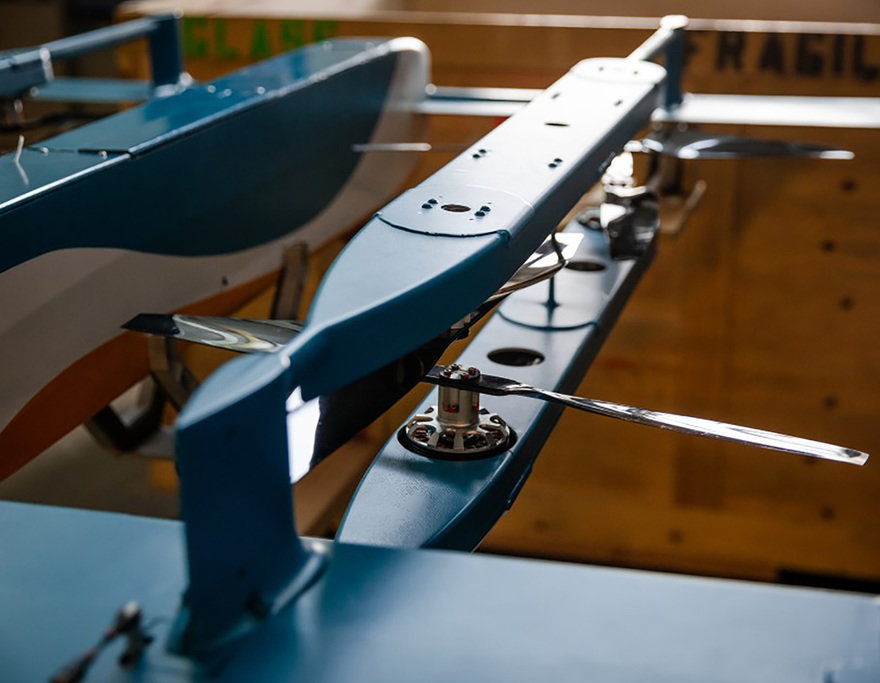 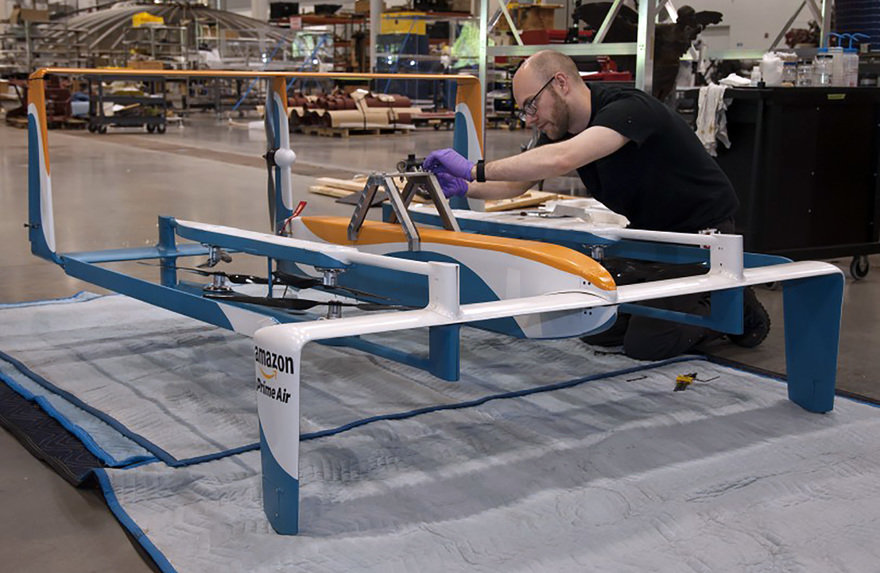 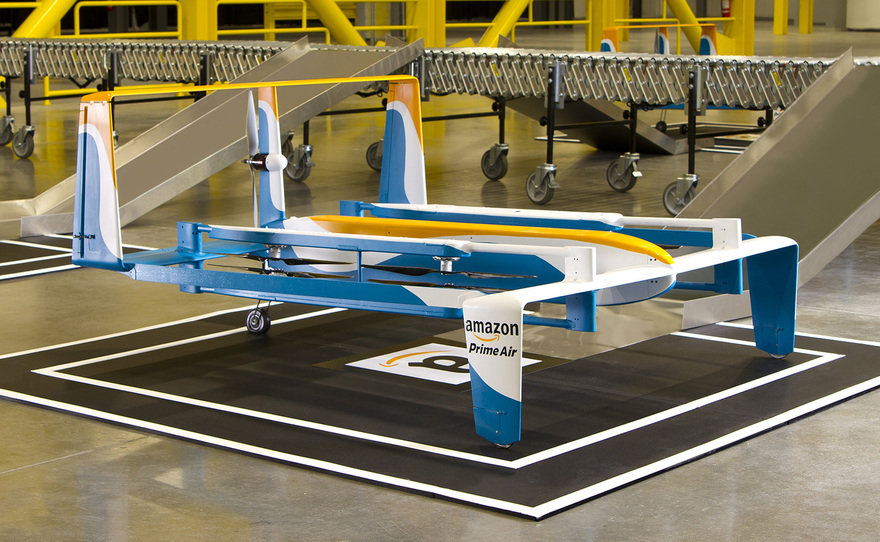 By 2018 that last design was retired (to the Smithsonian's National Air and Space Museum, no less, testifying to its historical importance) and a yet-more-refined design was unveiled in 2019: 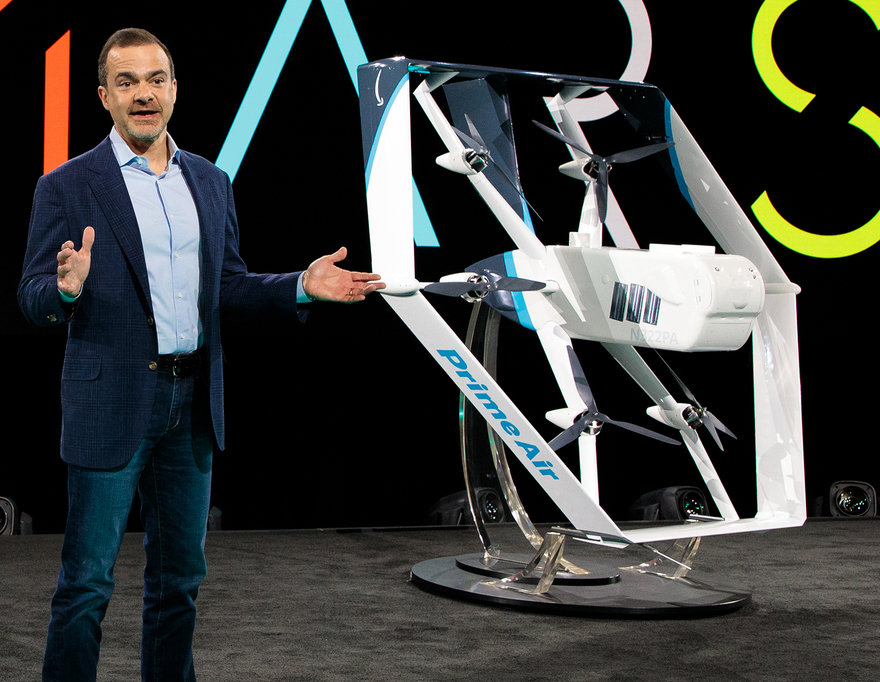 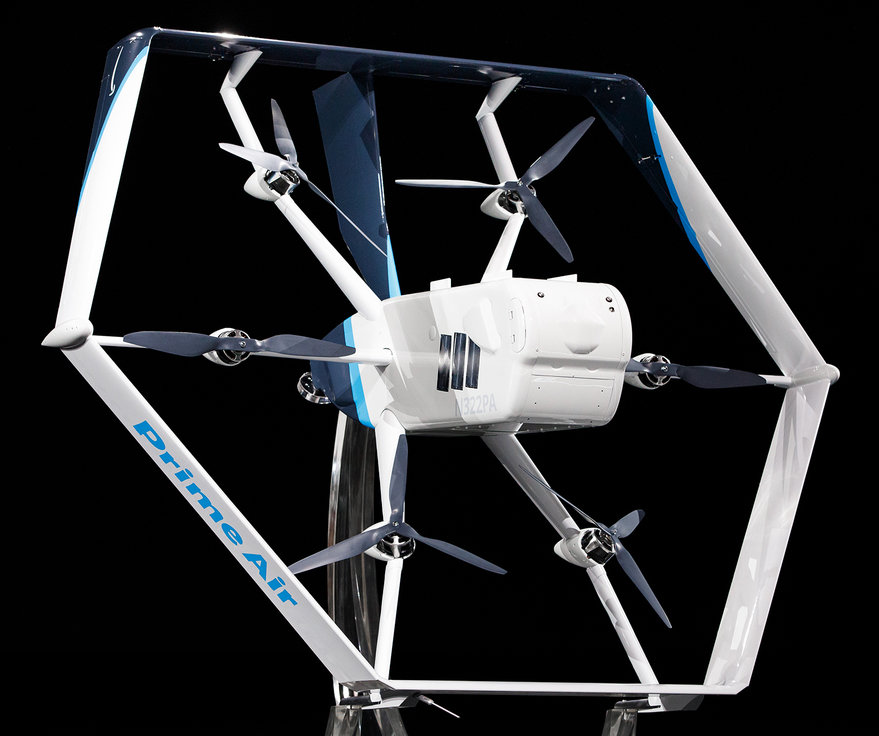 To me, this is the most exciting design because it is both a sharp departure from what came before, yet still integrates elements of each previous iteration, showing that the designers/engineers are learning. The total number of rotors has again been changed, this time to six, and the rear propeller has been nixed. The dual fixed wings have been replaced by a single wraparound wing that takes a hexagonal configuration. The drone takes off vertically, like a helicopter, but then pitches forward at an angle for straight-line flight, using the lift provided by the unusual wing design.

So is this the version that will soon fill our skies? It's too early to tell; at press time Amazon hadn't yet put out a press release with a target date for drone delivery to go live. We'll be watching.