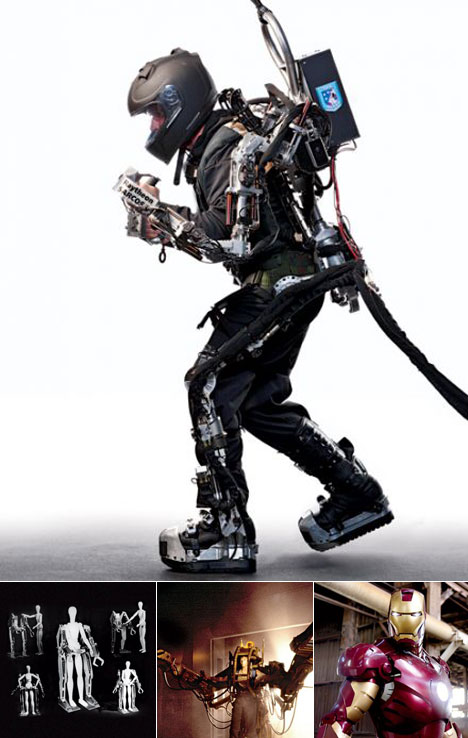 Popular Science's article Building the Real Iron Man, takes a detailed look at the evolution of exoskeletons. The first patent for a mechanical suit appeared in 1890, but it wasn't until 2000, when Darpa began a seven-year, $75-million program called Exoskeletons for Human Performance Augmentation that something close to Iron Man's suit has appeared. Checkout the gallery for a brief timeline of exoskeletons, both real and imagined.

If you can tolerate the narration, this video profiles a wearable robot suit developed by SARCOS that enables soldiers to easily lift 200-pound weights. It will take a long time for this military driven technology to trickle down but it does lead the way for unmanned autonomous robots to perform dangerous tasks such as cleaning up chemical spills and in the medical world for artificial limbs.