Remember that Tesla "mega-casting" we showed you a couple of months ago? Well, it's about to get more mega.

Tesla is on the cutting-edge of manufacturing technology, with access to the latest industrial robots. But as a reminder that even fancy robots cannot supplant innovative design and engineering, the company is ditching robots for a crucial step in the production process of the new Model Y, and replacing them with a rather old-school production method: Casting.

More specifically, die-casting. This is because a problem has cropped up on the production line of the Model Y, involving the area of the car highlighted below:

As Elon Musk explained on Sofiaan Fraval's "Third Row Tesla Podcast," that part of the rear underbody is "basically two big high-pressure die-cast aluminum castings that are joined and there's still a bunch of other bits that are attached." Joining the two castings, even with the assistance of robots, is a time-consuming pain in the ass: The interfacing portions of the castings must be CNC-machined to achieve precision mating, and the "other bits that are attached" amount to some 70 components that are glued and/or riveted in place.

That's why Musk is ditching hundreds of robots for this phase of the process, according to Reuters, and is instead going to die-cast the rear underbody--that orange part in the image above--in a single piece that will also integrate the rear crash rails.

As Automotive Engineering reports, the machine used to make the castings is what Musk refers to as "the world's biggest casting machine:" A house-sized "Giga Press" produced by Italian high-pressure die-casting equipment manufacturer IDRA Group. 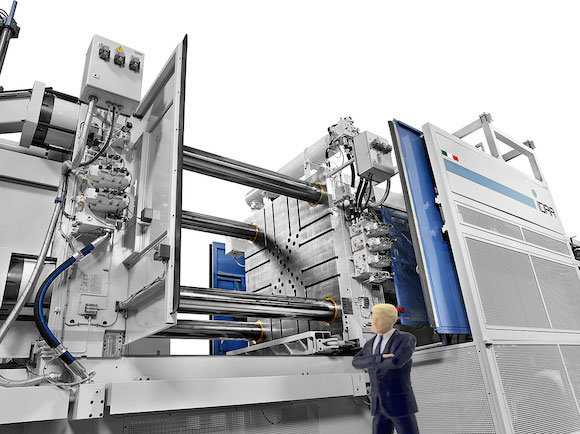 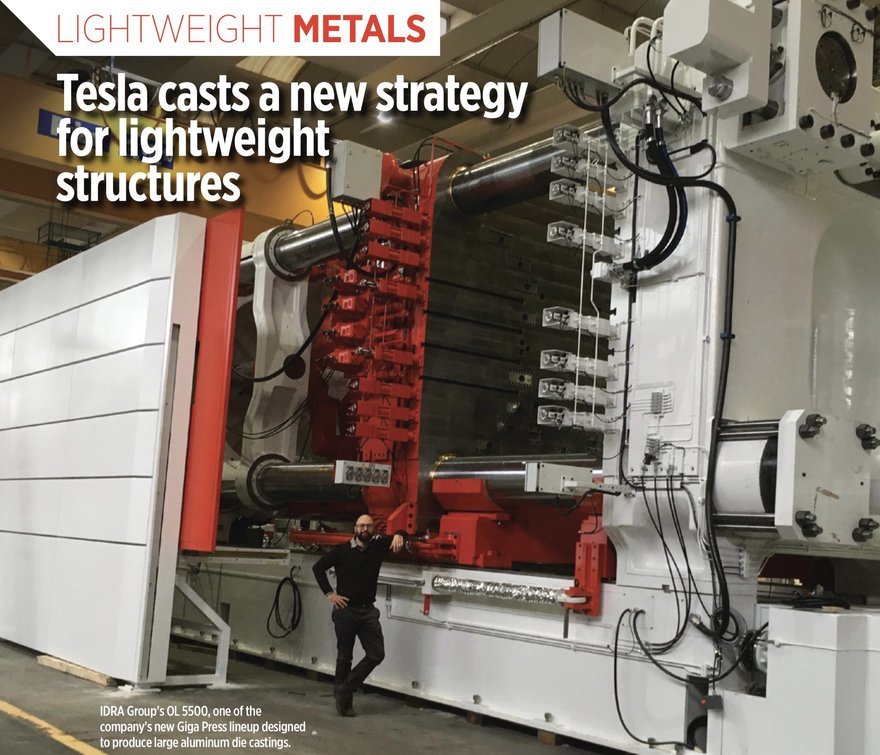 Here are some stats on this beast:

So will it work? Obviously Musk thinks so, but it helps to have a second opinion. As Laurie Harbour, president of manufacturing consultancy Harbour Results Inc. told AN, "Even with a big cycle time, you eliminate all the labor to assemble pieces and subcomponents. You're saving on automation cells, you're saving on people.

"It would be tough to put dollars on it, but think of multiple suppliers doing stampings, you could save maybe 20% on labor cost. And reduction in footprint is major. My guess is that it's a net-net efficiency gain."

Incredibly, Tesla fan blog Tesmanian reports that Musk has ordered eight Giga Presses for the Tesla gigafactory in Berlin. Musk states that this will cut the footprint of the body shop by 30%, though at press time there was no word on when they'd arrive. (What do you reckon the shipping process looks like?)