Bears have a sense of smell seven times greater than bloodhounds, they're always hungry, and trying to fat-shame a bear generally results in that scene from The Revenant. This means that when bears encounter campers traveling with food, there's usually a problem.

In Yosemite National Park, it fell to an unknown designer(s) to devise a bear-proof food-storage solution. Sturdy metal lockers were settled upon, with the idea being that campers would stow their food inside them (prior to this, believe it or not, some campers used their bags of precious food as pillows in an effort to keep it safe).

The locker mechanisms needed to be simple enough for a human to open, but too complicated for a bear to manipulate. This presented a bit of a design challenge because, according to a (possibly apocryphal) quote from a Park Ranger, "There is considerable overlap between the intelligence of the smartest bears and the dumbest tourists."

"The original Yosemite bear boxes had two latches and people did not remember to latch / clip both, so animals more easily got into them, writes Mary Donahue, a first-aid/rescue instructor and Yosemite volunteer.

On her blog, Donahue documents the complicated-but-simple design fix. 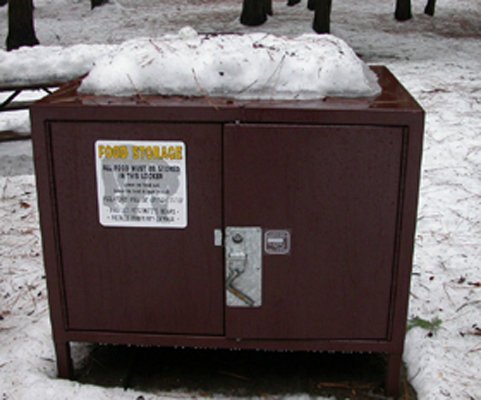 The food storage locker now has just one handle, attached to a hinged plate and dislodged from its mechanism: 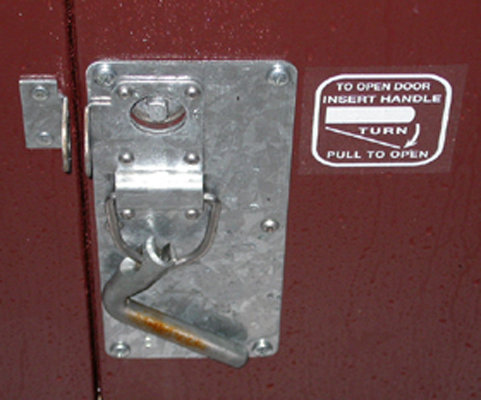 To engage it, the user flips the handle up to engage the mechanism, and can then turn it to engage the (unseen in the photos) latch that frees the door. 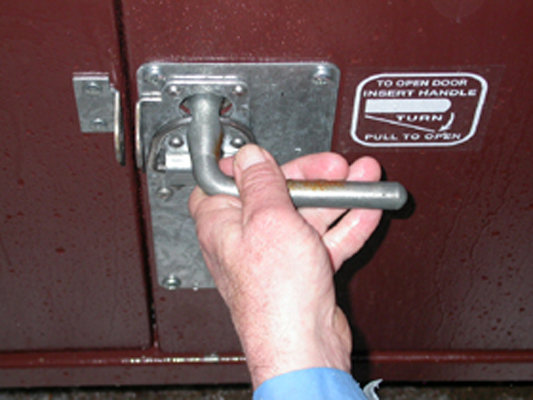 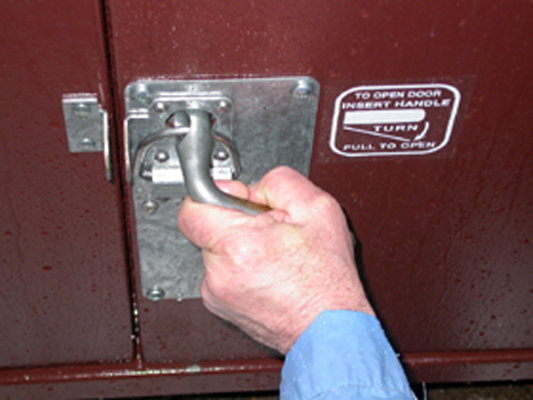 An alternate design features a shroud that you stick your fingers into: 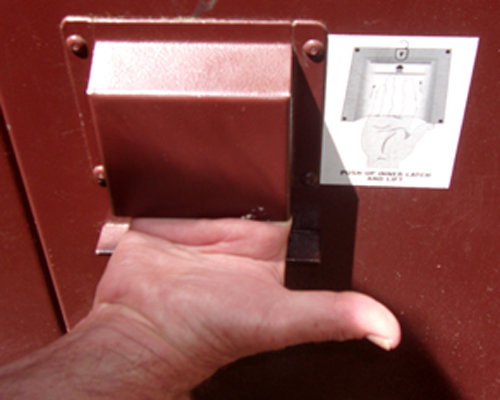 "[With this model] you access the latch by putting your fingers into a metal slot on the outside of the door to the bearbox, and push upward. It will not work as well if you do not flatten your hand so your fingers can get fully in."