Worksport is the name of a Canadian company that manufactures tonneau covers for pickup trucks. They've got four conventional models on the market, and are taking a very different tack for their fifth model, called the Terravis. The idea is that it will be covered in solar panels and be linked to an in-bed, removable battery system "that will house a 4,000W A/C inverter and provide two 2,000W outlets. The portable pack will provide close to 1 Kilowatt of stored energy. It will fast-charge from the bed mounted battery banks in about 15 - 30 minutes."

As for which trucks it will fit:

"The TerraVis™ system will be made to fit legacy trucks with internal combustion engines from about 2010 and up. This will electrify those truck beds. We will also make a TerraVis™ model for each EV (Eletric Truck) forthcoming in the North American Market, such as Rivian, Workhorse, Atlis, Bollinger, Tesla, Herculese, as well as GM and Ford trucks." 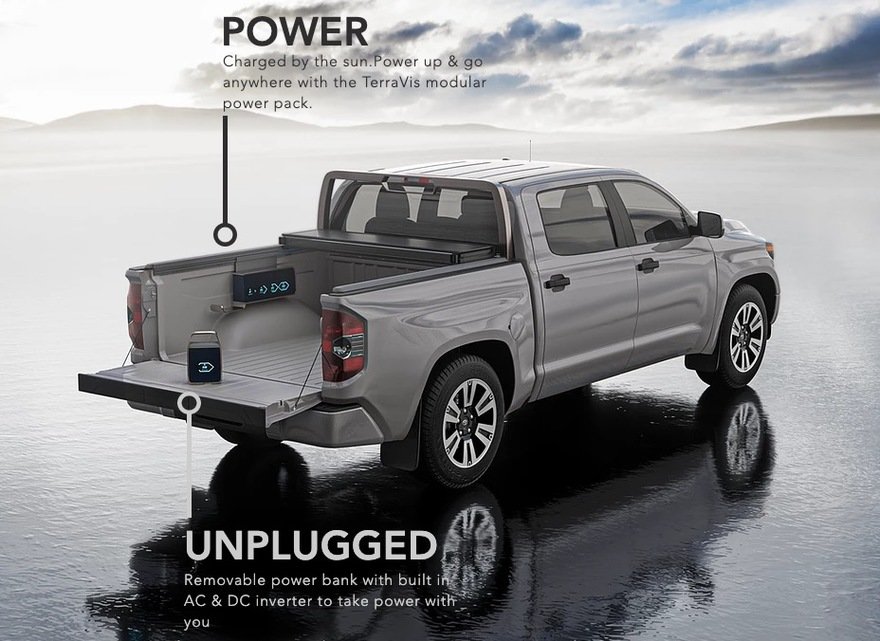 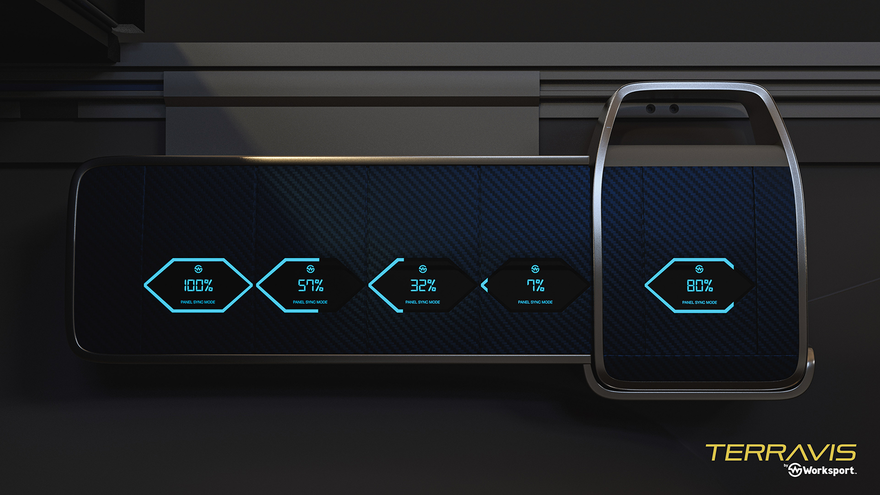 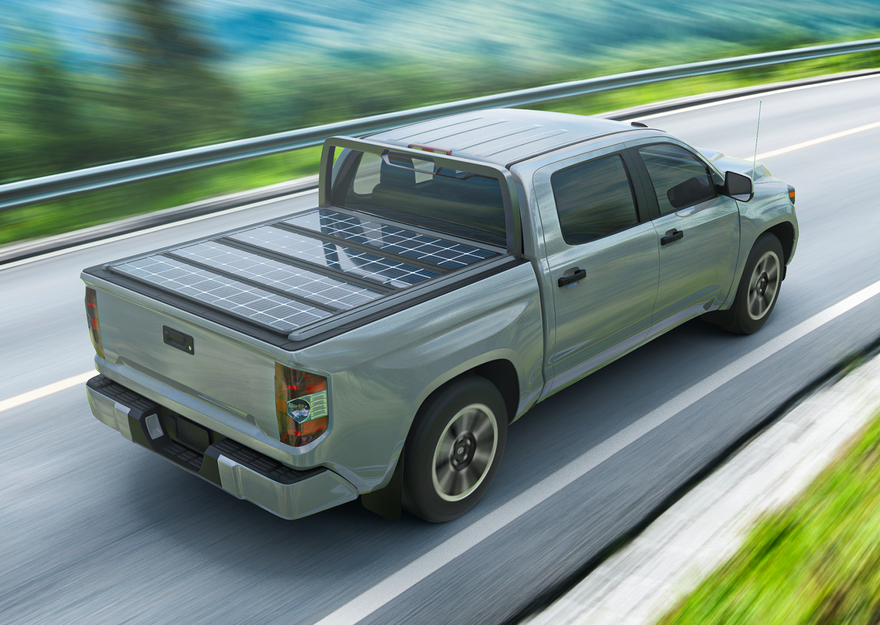 While I'm sure the concept will appeal to truck users sick of hauling a generator around, I'm not sure the fragility of a glass-topped tonneau will be as attractive.

At this point the concept appears to be little more than sketches and renderings; Worksport is currently seeking investors to back the project, and says they can be ready to ship within 12-24 months of funding. 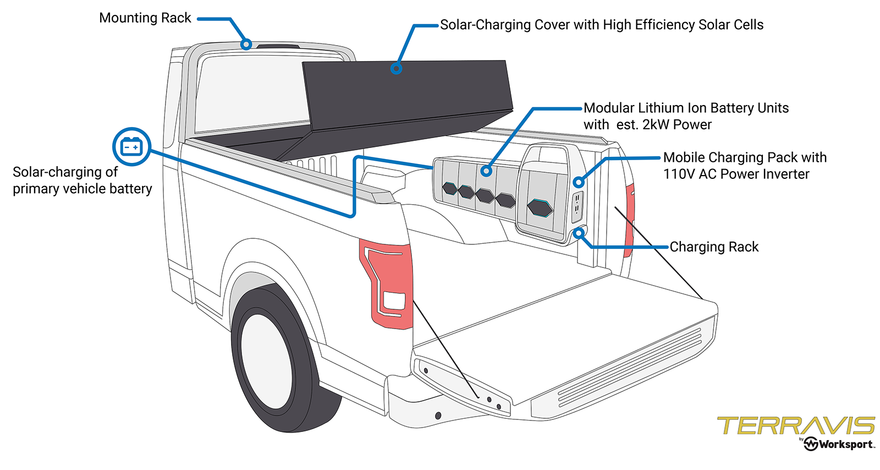 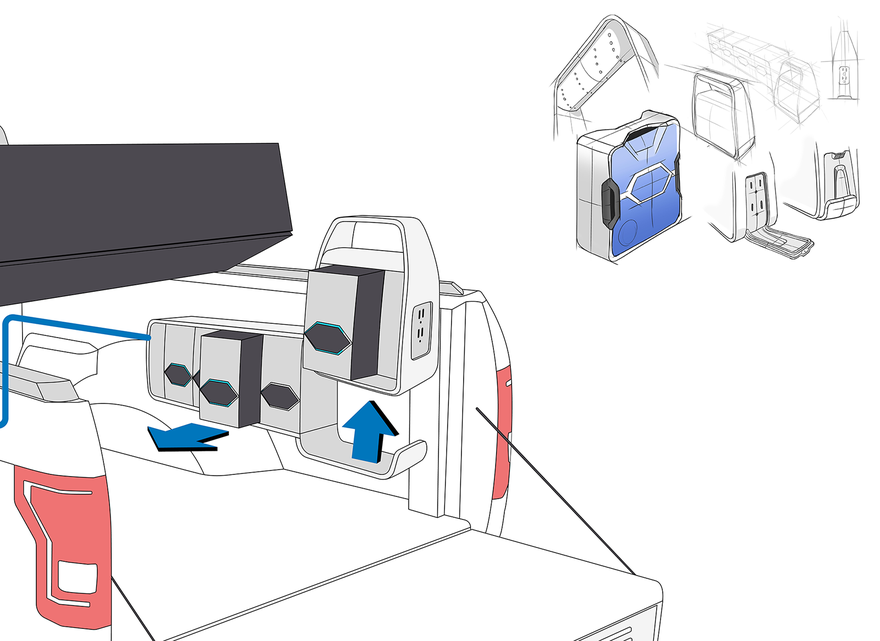 What say you, yea or nay? Assuming the technology all works, would your average pickup truck user who needs 1,200 watts to power a circular saw be happy driving around with a glass-topped bed?