Carbon fiber reinforced plastic, or CFRP, is a wondrous material. It offers the strength of steel at a fraction of the weight, and unlike metal parts, the fibers can be laid in such a way as to provide directional strength, maximizing its rigidity along the axes most likely to encounter stress.

How CFRP is Typically Manufactured

CFRP consists of a matrix (typically a polymer resin) and a reinforcement (carbon fiber). The carbon fibers are formed into unidirectional sheets, which are then layered onto one another, with the directions of the fibers variably oriented as per the stress requirements; think of plywood sheets where the veneers are laid with the wood grain at 90 degrees to the succeeding layer.

These sheets are rolled out and cut into rough approximations of the part size. Then the sheets are laid into a mold of the final part. 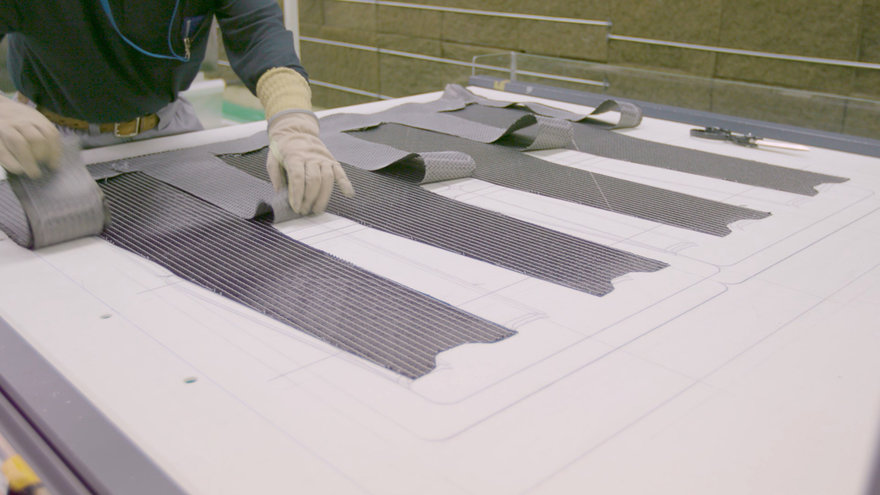 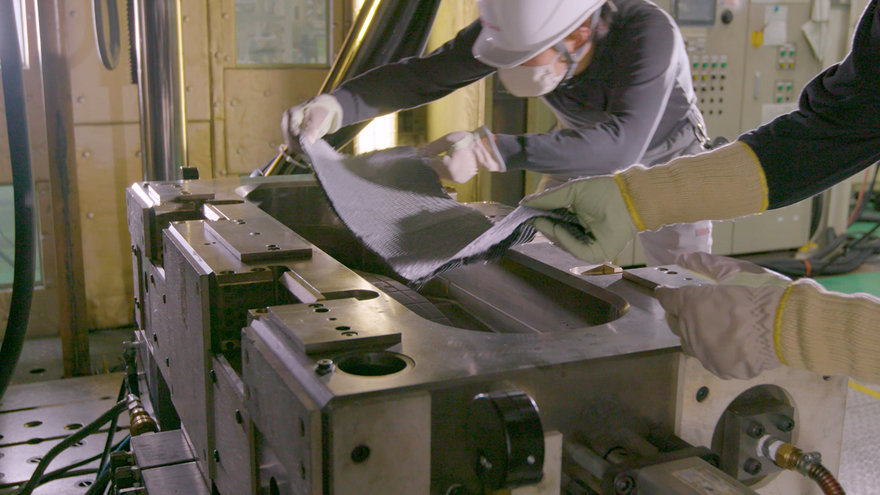 The mold is then filled with liquid resin. A vacuum is used to pull the resin throughout the entirety of the mold, and the whole thing is then left to cure.

Why CFRP is Typically Expensive

This typical CFRP manufacturing process is not instantaneous; the vacuum needs time to do its thing. In manufacturing, time is money, and thus CFRP parts are expensive. Though de rigueur for Formula One cars with immense budgets, on passenger cars CFRP parts are used sparingly due to cost; pricey road rockets like Nissan's Skyline GT-R only feature CFRP elements in the hood and roof, for instance. 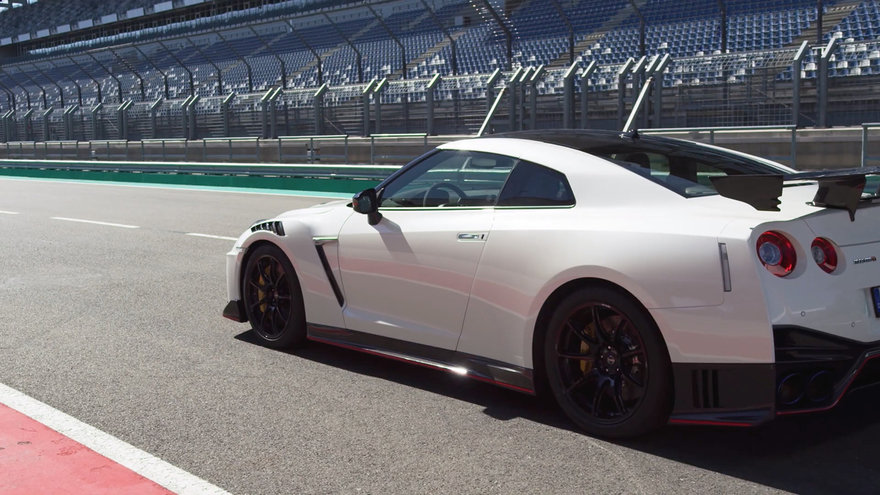 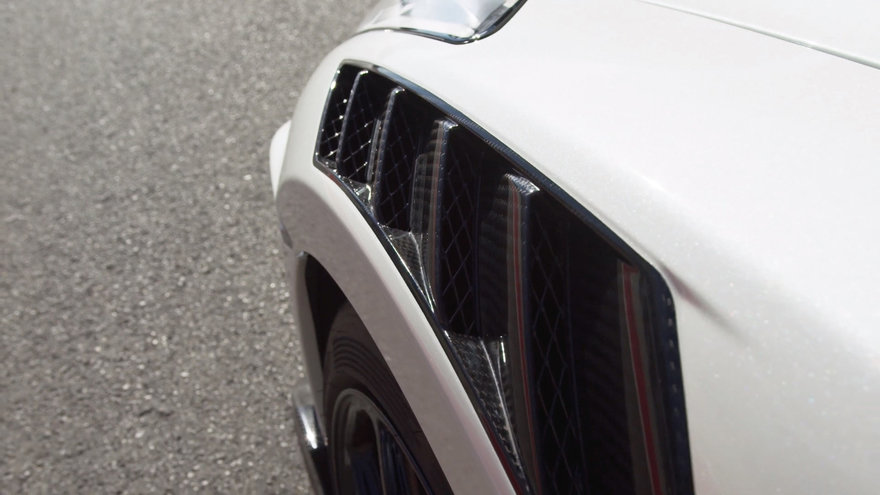 In order to reduce CFRP production time, Nissan's engineers needed a faster way to get the resin to permeate the mold. Thus they've jettisoned the vacuum altogether and have developed a technique called compression resin transfer molding, or Compression RTM.

The Compression RTM process starts with CAE (computer aided engineering) software, where the mold is designed. Grooves are modeled into the mold, and simulation software predicts how injected resin would flow through these grooves. The engineers tweak the size, location, number, and orientation of these grooves to maximize resin flow. Once they've optimized it, the mold is cut. 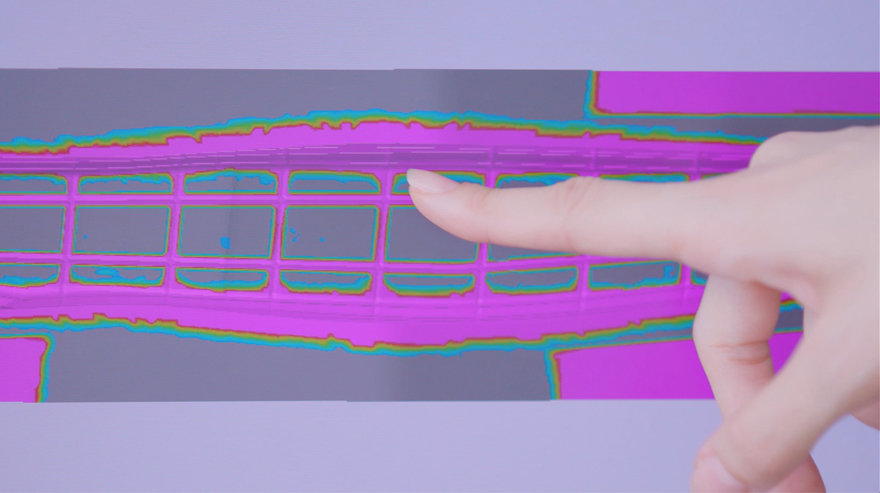 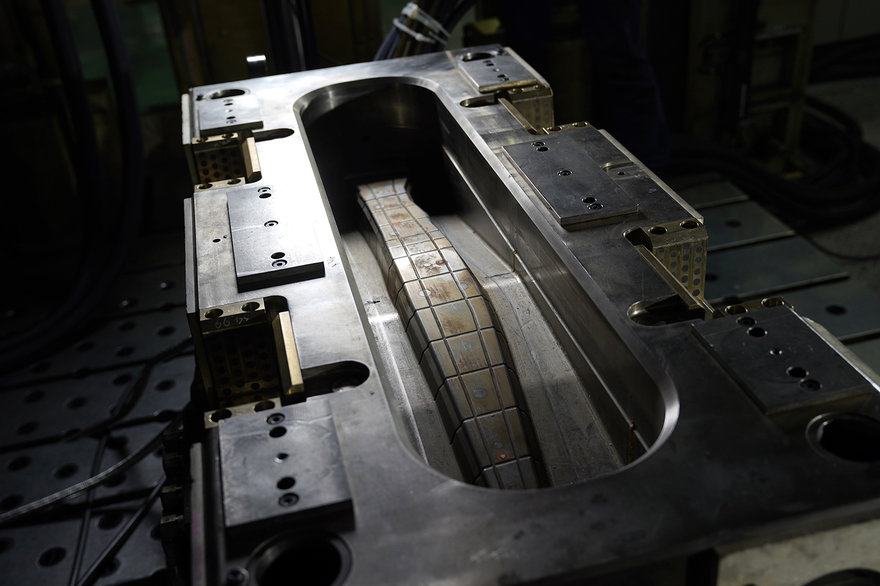 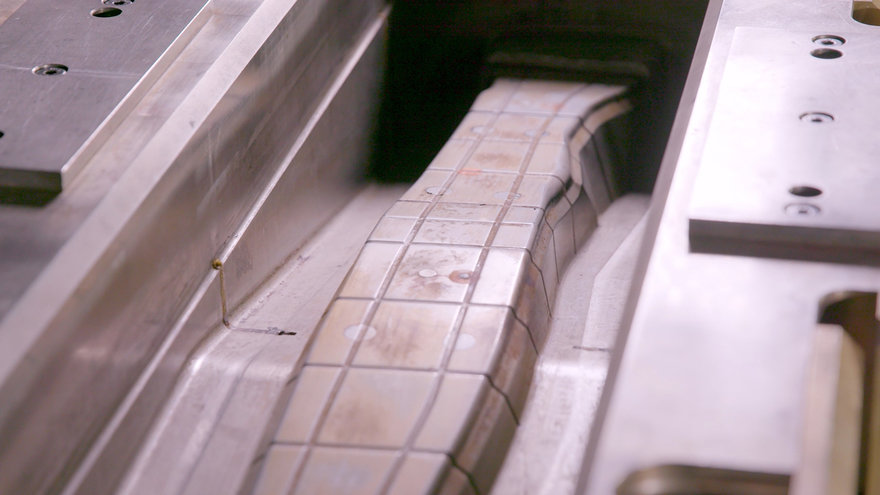 When the carbon fiber sheets are laid into this mold, the mold's two halves are then closed--but not all the way. By leaving the two dies just shy of sealing, then injecting the resin, Nissan's engineers discovered that the resin would more swiftly spread through the grooves and completely permeate the mold. 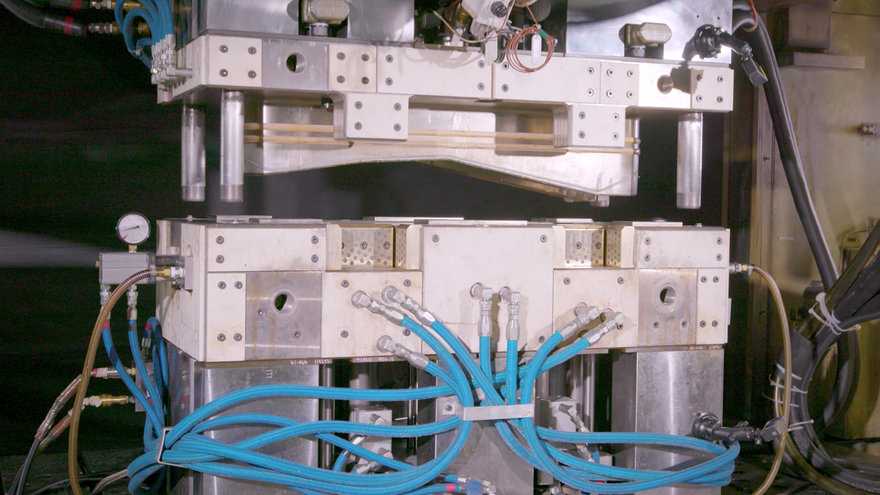 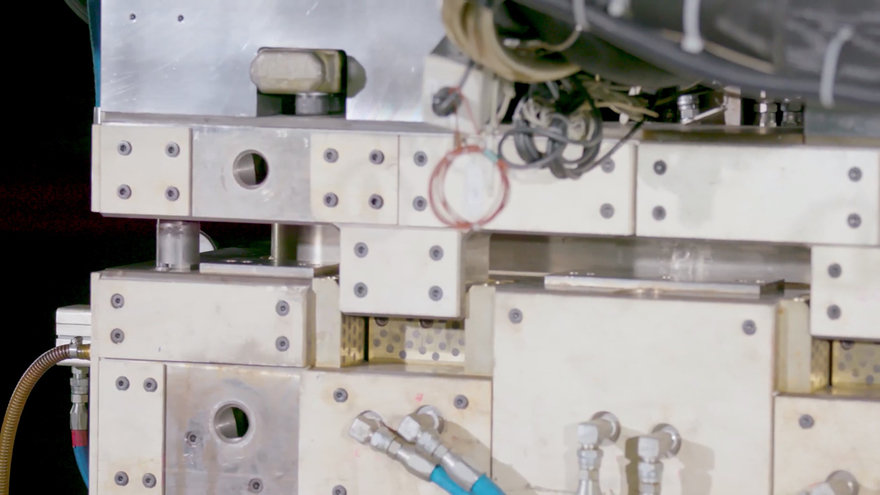 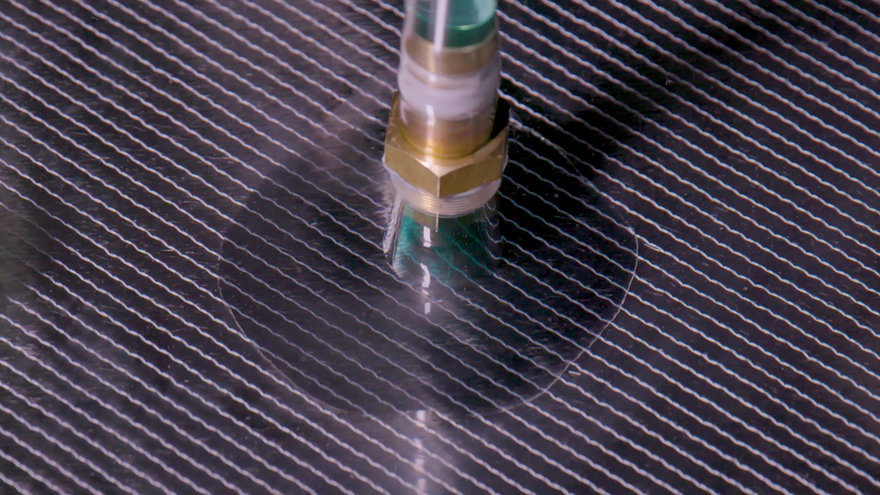 This has drastically reduced the cycle time. A part that used to take ten minutes to mold now takes just two minutes. And while this does not change the cost of the raw materials, the reduced time/manufacturing cost means that CFRP parts can more affordably be integrated into production models. 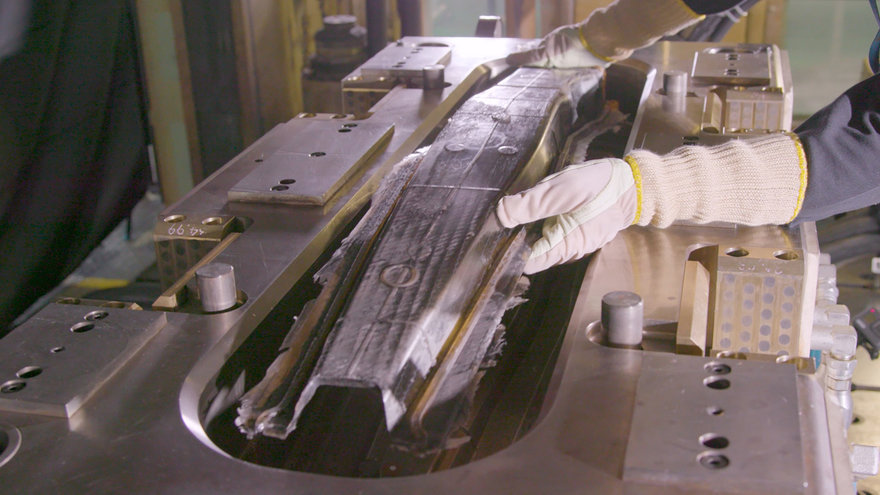 Plastics News reports that using Compression RTM "will help Nissan trim about 176 pounds, on average, from future vehicle weights." This will be a boon to both gas-powered cars needing to hit more stringent fuel economy requirements, and electric cars too; less weight in the vehicle means less energy required to move it, and thus improved range.

Nissan is still tweaking the Compression RTM process, but expects CFRP will show up in unsexy parts like B-pillars as early as their 2024 model year. 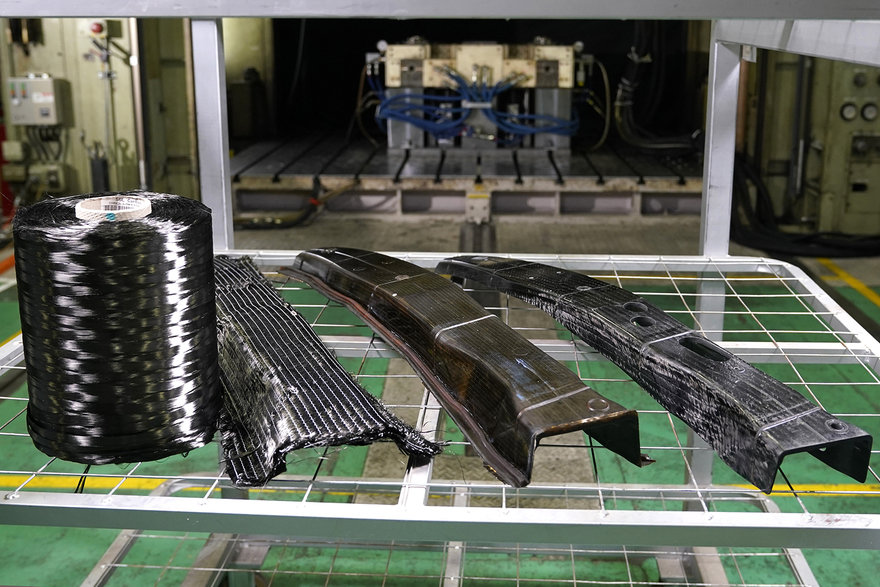 Video of the Compression RTM process is below. (Note that you'll need to hit the "CC" button for English subtitles.)