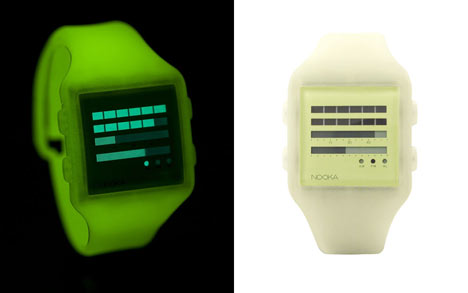 Nooka produced 15 of these glow-in-the-dark Zub watches for Kanye West's "Glow in the Dark" tour featuring Lupe Fiasco, Rihanna, and N.E.R.D. West pretty much scored all of them himself so it's doubtful you'll ever get your hands on one unless he decides to unload a few on ebay.

And not to be left out, Brooklyn Machine Works presented West with an exclusive glow-in-the-dark version of their popular "Gangsta Track" bike for the tour's opening night in mid-April.