Amsterdam's city planners have devised a clever system for dealing with household garbage. Just a handful of neighborhoods use the traditional system, whereby trash is left in an outdoor bin to be picked up once a week; most neighborhoods, in contrast, have a system of sidewalk bins that feed into underground containers, and residents can dispose of their trash and recyclables (after sorting them, of course) in a piecemeal fashion. 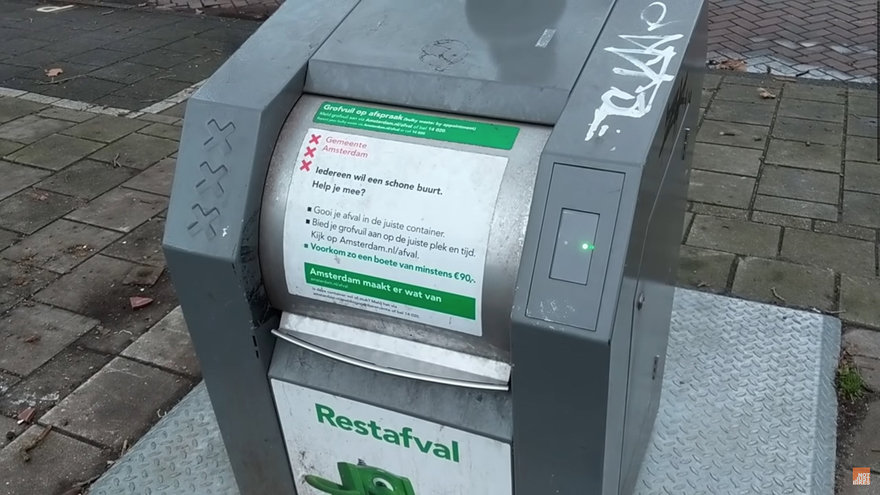 Depending on the neighborhood, some of these sidewalk trash bins have RFID readers. Residents are given free RFID cards that they use to touchlessly unlock the bins, allowing them to deposit trash. In other neighborhoods, no RFID cards are required.

Here's an example of what one of the bins looks like in action, as captured by the Not Just Bikes YouTube channel:

The garbage bin is periodically hoisted out of the sidewalk by garbage trucks with crane arms, that then empty the containers:

Keeping the garbage stored underground prevents vermin from getting into them; as wily as raccoons are, they're not good with using underground drilling equipment.

It's also a better system, I think, to carry one small bag of trash out whenever you leave the house, as opposed to letting a large bag full of trash fester for a week, then hauling that to the curb.

Here's NJB's explanation and demonstration of how the system works: