It's about what you'd expect, but it works

This was fascinating to see. So this guy in Paris was coveting one of those AltWork reclining workstations, which cost $7,000, plus another grand for the delivery: 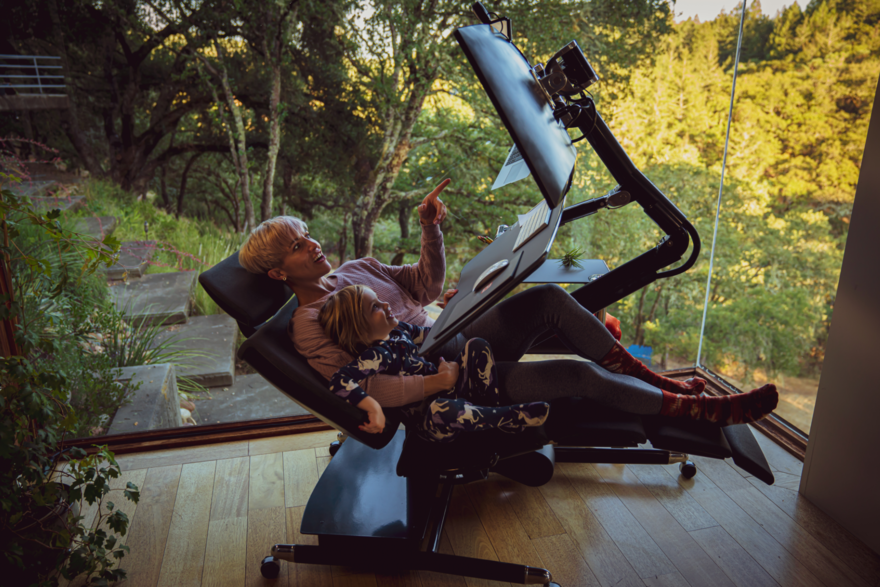 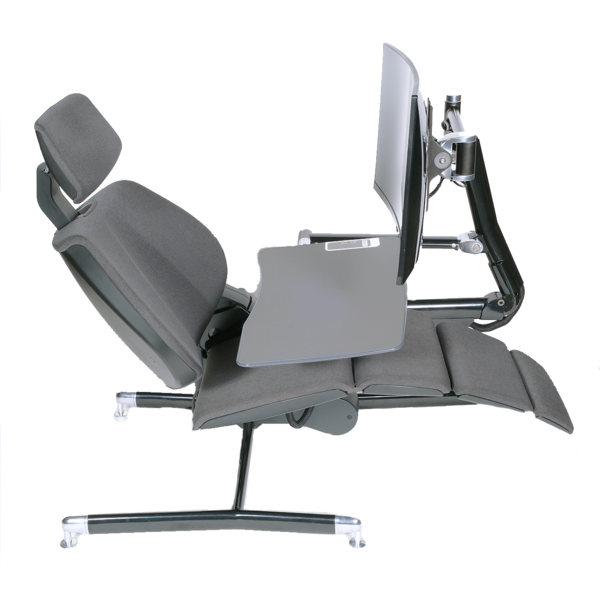 "Spending a big part of my day in front of a computer I want to have the most comfortable position possible," he writes. But spending the money was out of the question, so he decided to build a DIY version.

2. Unwilling to pay for delivery of materials, and has no vehicle to pick things up, just a bicycle

3. Does not have an existing AltWork workstation to measure off of

Undeterred, he set out to build one without making any plans or sketches, just making it up as he went along.

He started off by buying a single piece of furniture to serve as the seat: An Ikea chair that cost €69 (USD $81). Incredibly, he hauled it back home--a 7-kilometer distance--attached to his bike (it was flatpacked, but still). "I do not recommend doing the same, particularly because I have done it on a rainy day," he writes, "but well, a bit of challenge in my life is always welcome!" 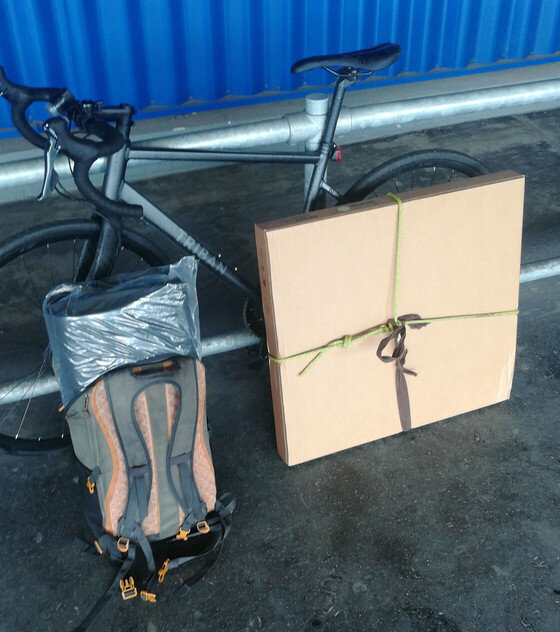 First he modified the seat a bit... 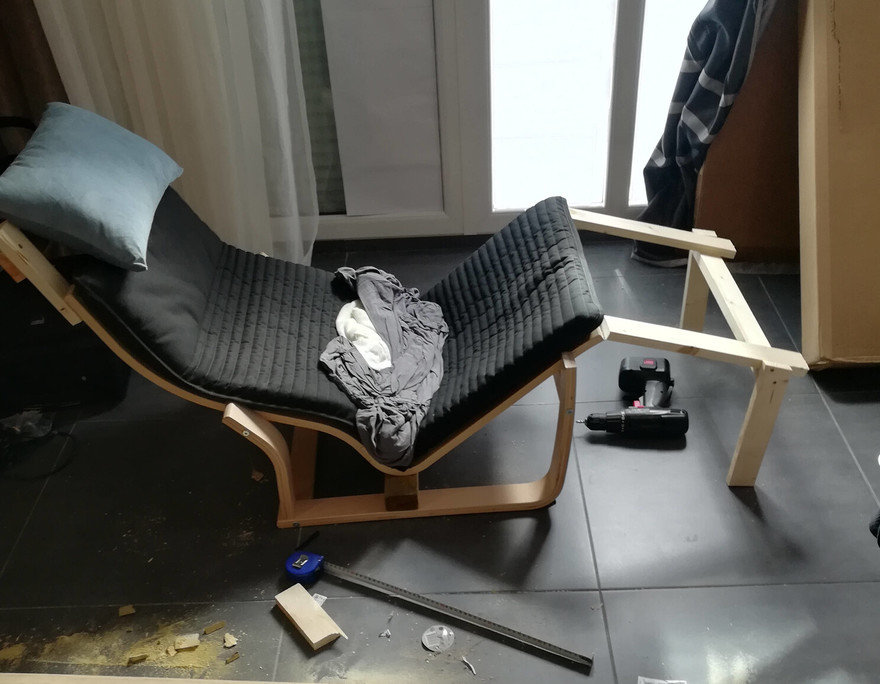 ...then he designed the articulating system, by which one pulls the desk into place after climbing into the seat. To support this, he purchased an automotive gas shock (the kind that hold hatchbacks up, not the suspension kind) on Amazon for €19. 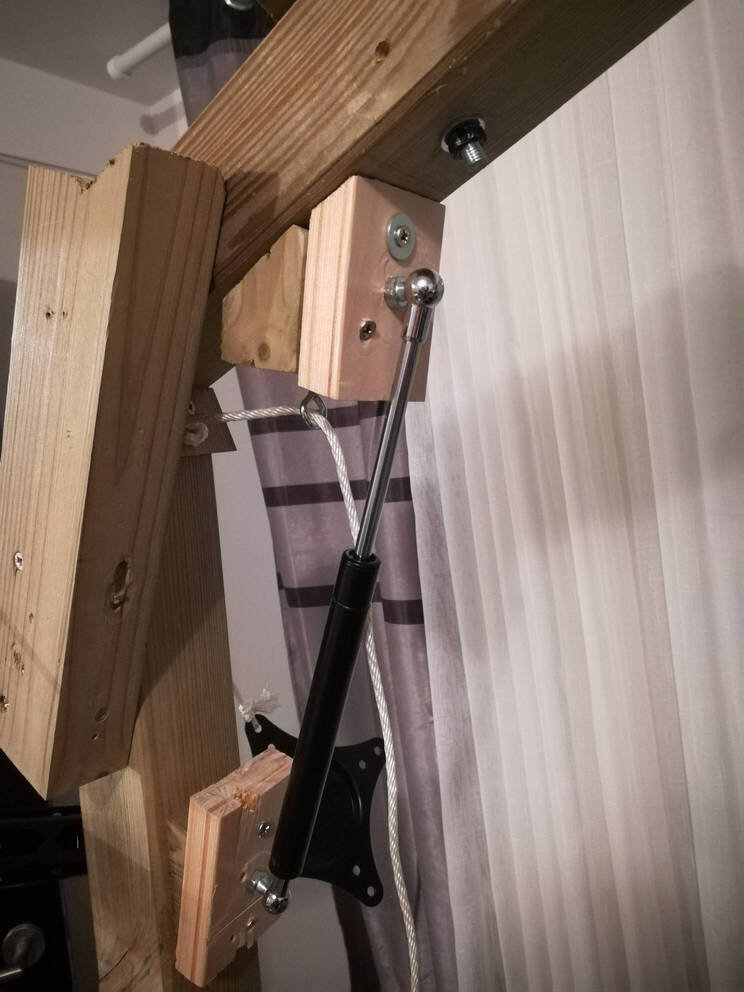 Spending another €45 on tools, he bolted it to a frame he cobbled together. 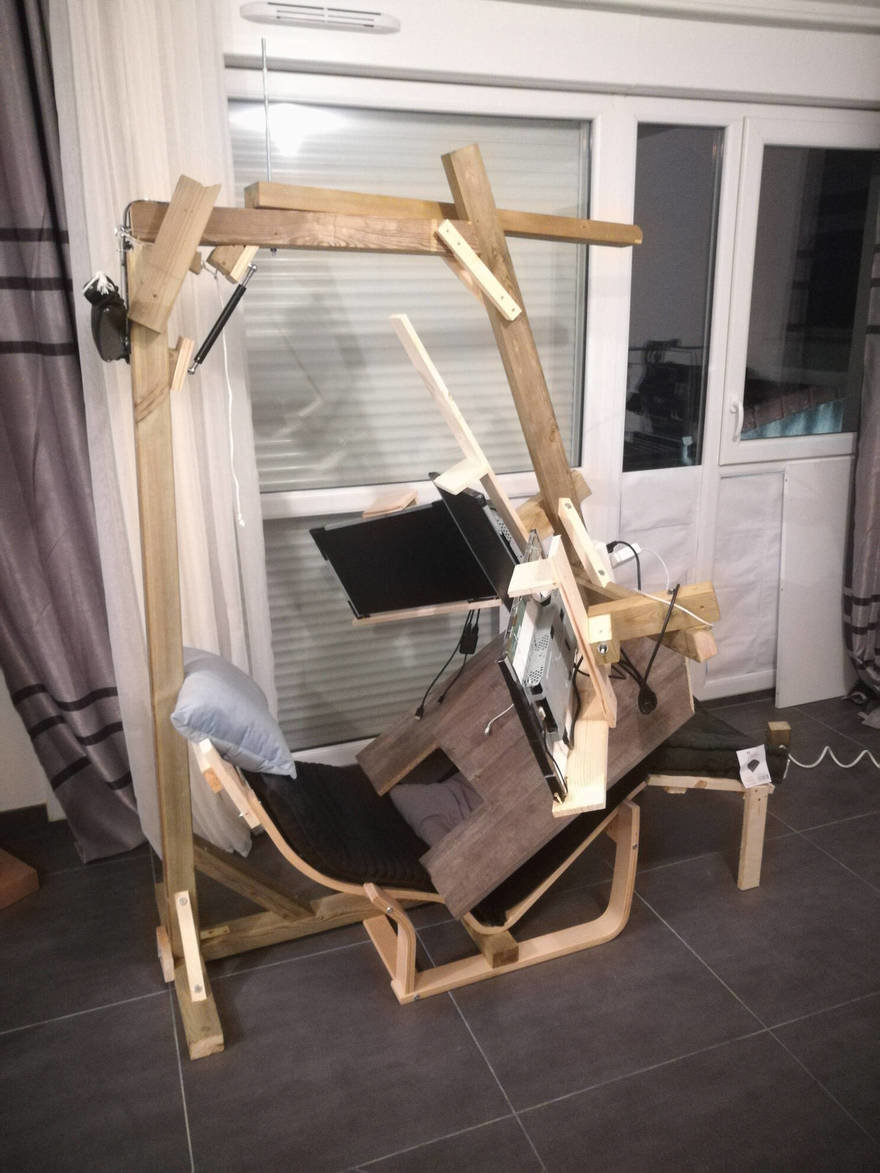 I don't want to steal the guy's entire post, where he figures out each little step--you should read it all here--and will cut to the end, to show you that he did actually get it to work:

All told, he spent:

- €110 for the Ikea chair and extra cushions

I want to point out, I'm not making fun of this guy. I'm amazed he pulled it off. It's not the safest-looking thing in the world, but I assume that a person this determined will eventually produce a version 2.0.

And please, if any of you live in Paris and have a van, give this guy a lift for his next supply run!