Up today: Carhartt work boots, and the insides ain't pretty

Yesterday we covered a footwear designer showing a Nike cut in half for analysis. Today we've discovered a YouTube channel that does nothing but cut footwear in half, to analyze the quality and design.

Here Weston Kay, a man who knows leather--he's the owner of leather goods company Rose Anvil--shows you the insides of a pair of Carhartt work boots. 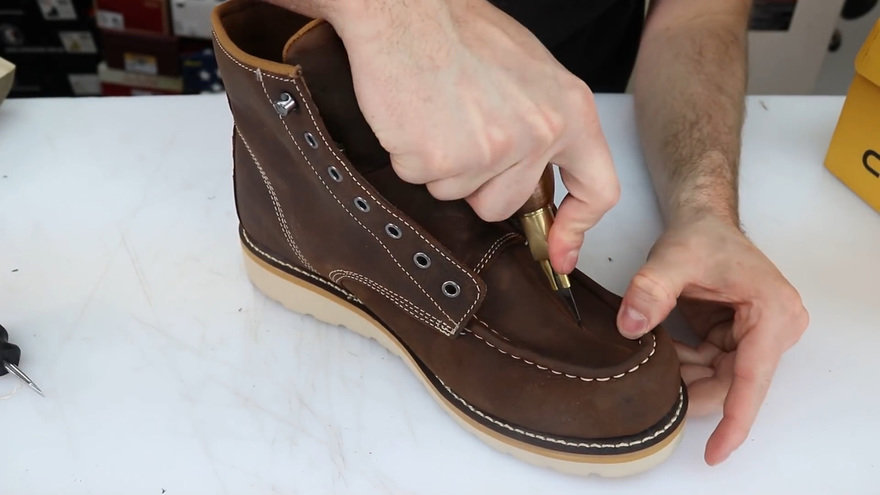 He starts off by showing you the red flags that you yourself could spot at the store, without cutting into the boots: Disguising low-quality leather as full-grain; visible manufacturing errors with the welt; a poor-quality outsole. Then he gets into the insides, where things kind of go to hell.

Being generally unfamiliar with boot design, I learned a few things by watching the vid. The necessity of reinforcing the heel slip area, for one. I was also surprised to see that there is a footwear design equivalent to the architectural trick of McMansion foyers.

To explain, McMansions often have front doors that open into a two-story open-air space with an impressive-looking, sweeping staircase. The idea is that this feature impresses you into wanting to buy the home. Only after living there for a while do you realize that the space is useless and the staircase needlessly long.

In the case of the Carhartt boots, it's the voids in the heel. It makes them comfortable when you try them on in the store, likely leading you to buy them. It's only a few weeks later, when they've already got your money, that the heel compresses into oblivion. A neat, and dirty, trick. 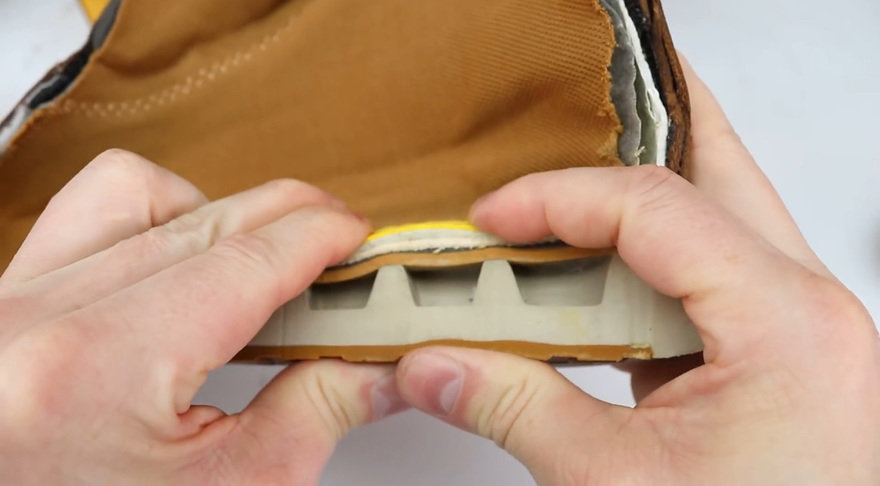