During my ambulance days, I had to pass a special driver's test before I could take on the driving duties. The hardest part was not what you'd expect--braking, obstacle avoidance, backwards figure-8's around cones--but parking the damn thing after a call. Our corps ran "box" ambulances so there was no way to see out of the back, and the specifics of our one-way garage required you to back the ambulance into the building at an angle, using only the side mirrors, with maybe a foot of clearance on each side. It took a lot of practice to pass that part of the test.

Way more difficult than that is backing an 18-wheeler up to a dock. If the driver misses, protective bollards can only do so much. And because no one's developed a widely-adopted backup camera system for trailers, a subset of warehouse facilities have installed docking bay laser guides for can't miss accuracy: 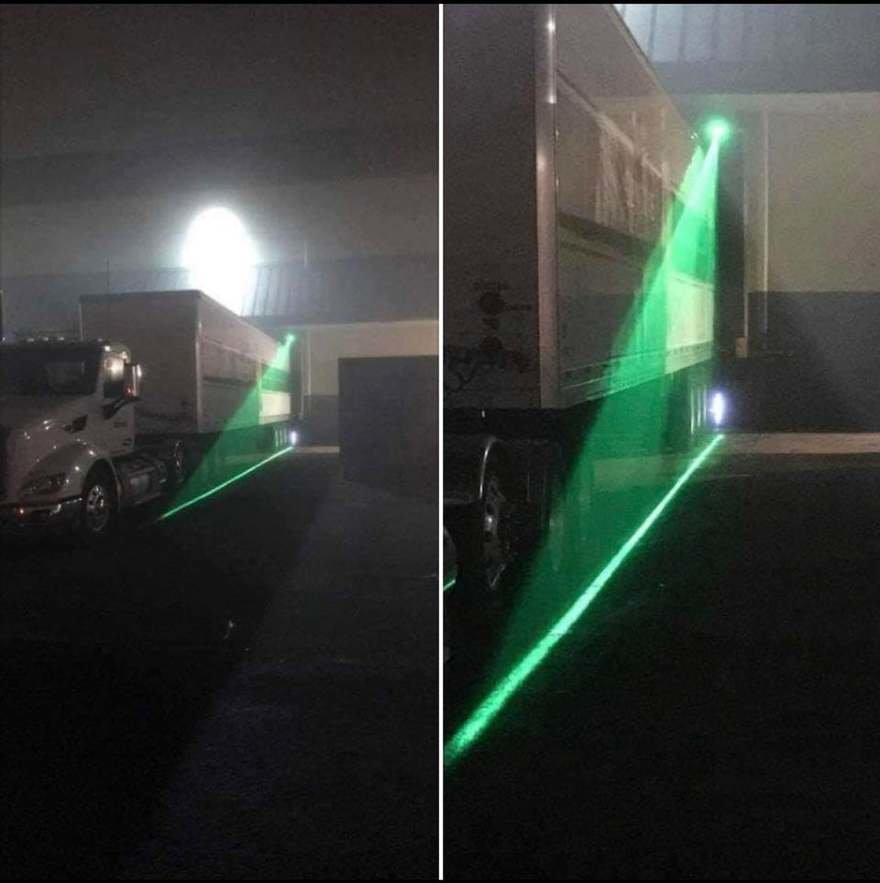 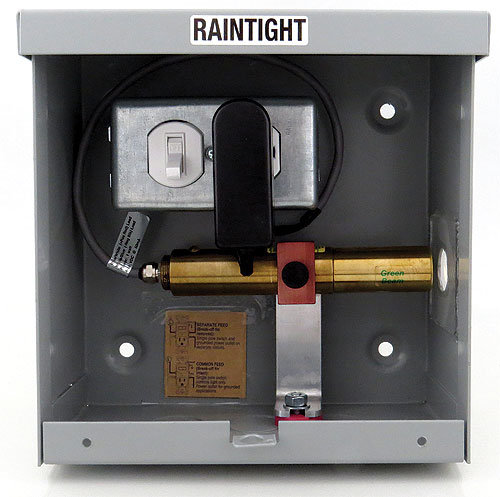 Cisco-Eagle's DockRight Laser Line Projector will set you back $1,900 per beam. 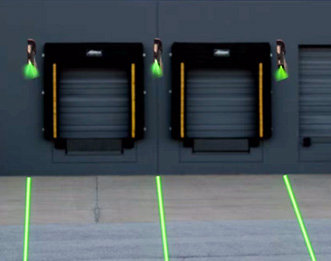 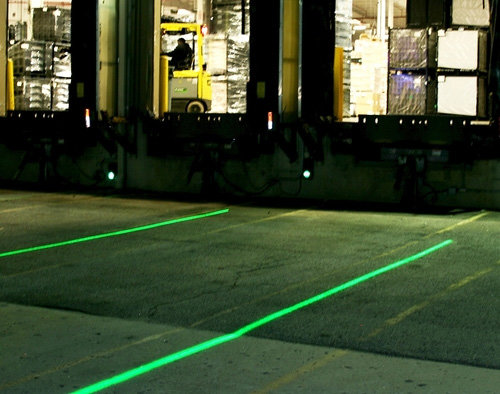 Laserglow Technologies' system, which appears to be the one in the top photo, runs from $990 to $1,887 depending on whether you go with single beam, dual beam and manual, motion-activated or button-activated options. I like their dual-beam design the best because it reads as a triangular wall. 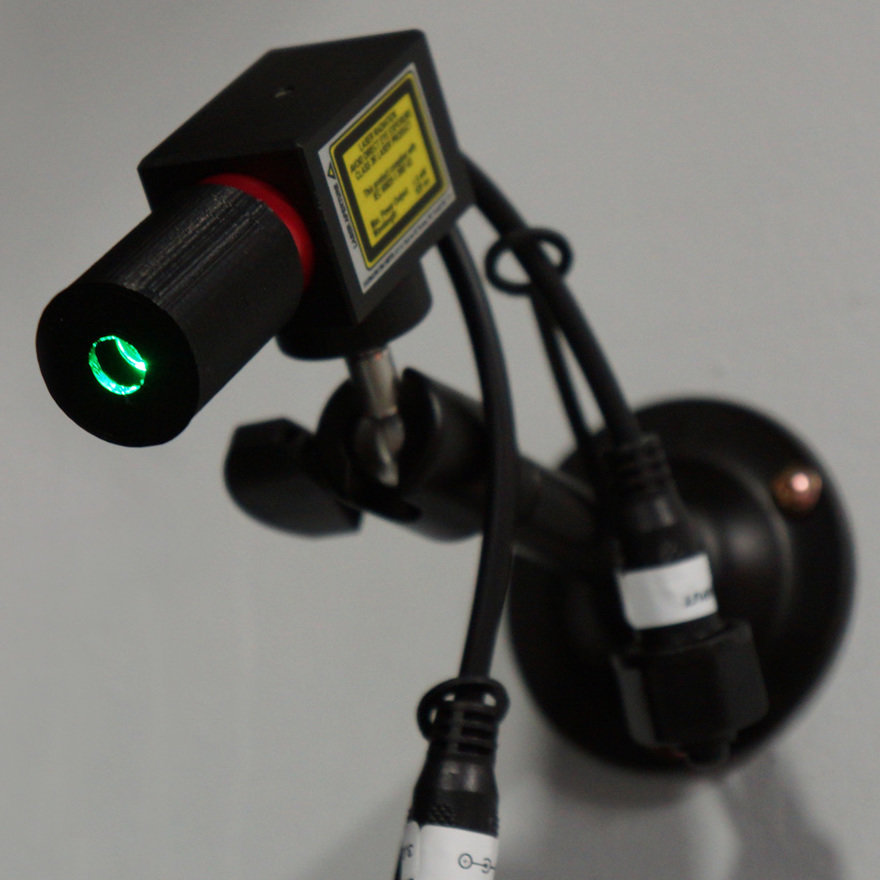 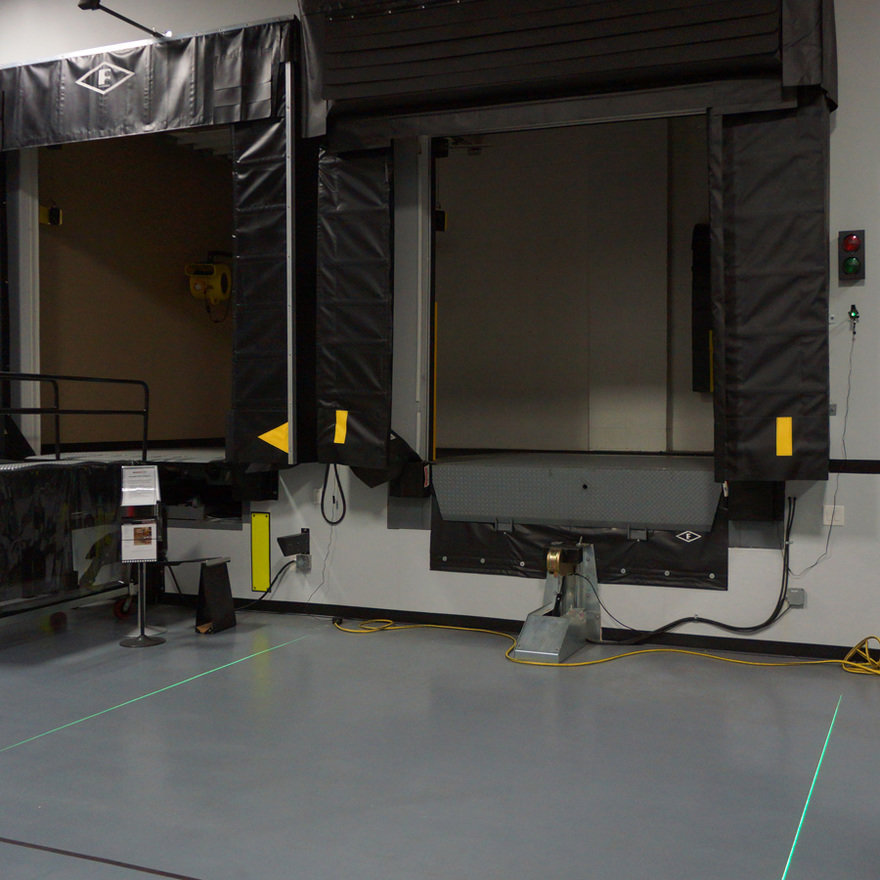 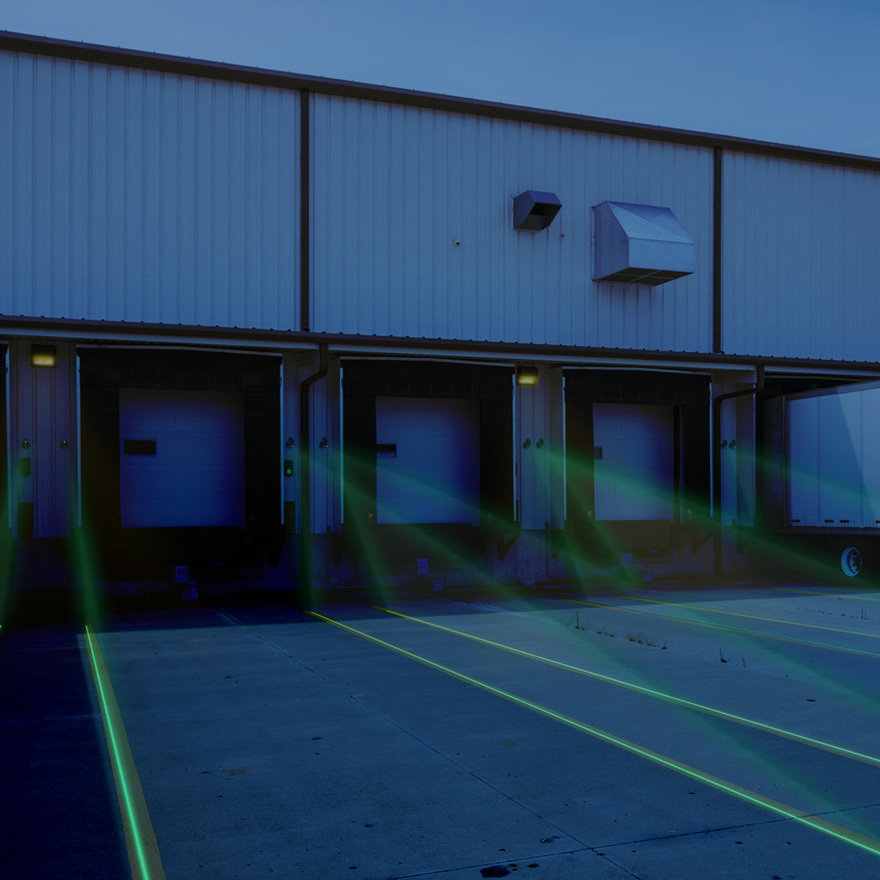