With The Garage Learning, anyone can turn everyday items into dynamic visual masterpieces.

The name Steve Giralt may not be familiar, but undoubtedly you've seen his work. In a Brooklyn studio of custom-built rigs, high-tech robots, and next-gen slow-motion cameras called The Garage, he's exploded a medley of chips for Doritos, catapulted lava streams of chocolate for Hershey, and used innovative food photography and video work to defy the laws of gravity. Giralt calls his singular techniques "visual engineering," a fusion of mechanical physics and photography that blurs the line between art, science, and tech. Over the years, he has also created popular tutorials that offer a glimpse behind the magician's curtain: in 2016, his burger drop video rose to the top of Reddit and almost broke the internet, leading to a legion of mostly unsuccessful copycats. Recently, he launched a Kickstarter campaign for The Garage Learning, his subscription-based website and app featuring one-of-a-kind classes in filmmaking and photography, with corresponding Learning Kits filled with all the necessary tools for hands-on lessons in making stunning visual masterpieces. With courses available at the beginner, intermediate, and advanced levels, Giralt hopes to transform even novice students into cinematographers, whether they're shooting on a pro DSLR camera or on a basic iPhone. 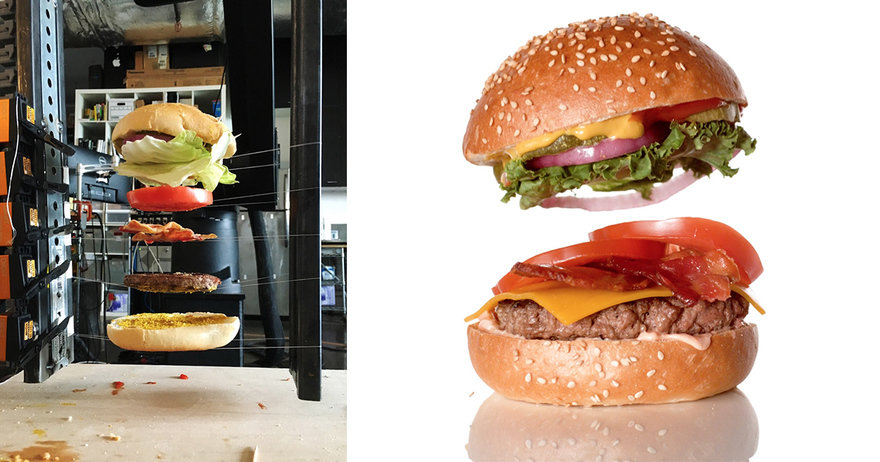 A field is born

Engineering is in Giralt's blood. "My dad was an engineer, my grandfather was an engineer, my brother is a computer engineer, my uncle was an engineer—I was surrounded by it my whole life." Despite this, Giralt gravitated toward art in high school. He picked up a camera and fell in love, later attending RIT in Rochester for advertising photography and then moving to New York City, where he began taking classes at the now-defunct 3rd Ward space. There he studied filmmaking, Arduino, MIG welding, electronic circuits, and Maya. "That's what sparked what I'm doing today," Giralt says of his cross-disciplinary approach. After launching a studio focusing on creating still photography for catalogs and food editorials, he got restless and began playing with engineering building blocks.

"I came up with this concept—I wanted to deconstruct the layers of a burger, and by deconstructing all the layers, I mean show them in detail." He realized that if he could somehow attach his camera to movable pieces of robotics, he could take previously unreachable slow-motion shots, creating dynamic imagery. "I'd never touched a robot before and never used a phantom camera, which is how you shoot slow motion," he explains, crediting his "engineering mind" with the inspiration. After perfecting the process, he was able to break it down, step-by-step, eventually putting it up on Vimeo. "I shared the whole process, but it was the behind-the-scenes images that everybody was crazy about. I was surprised. It's art meets science." This idea led to Visual Engineering, Giralt's storytelling form fusing robotics, advanced camerawork, and creativity, powered by Arduino programming, Maya, light welding, and epoxies. "I felt engineering and art shouldn't be so separated. You shouldn't have to choose," he explains. "And I feel that for a lot of people around the world, this resonates with them. They want to do more creative things in engineering. They want to do more technical things in art."

Peeking into The Garage

Launched on October 20 and available on Kickstarter until November 30, The Garage Learning is the first online school to teach these techniques. Each class will also develop the tools necessary for creating complicated mechanical and electrical systems customarily reserved for university-level art classes. "It really builds on itself," explains Giralt of the classes, "and so much of the core of what the courses are going to be about. This form of art shows how technology can make amazing images happen and that you don't always need computer graphics." He points to a recent sequence shot on a Bolt motion control robot arm, which enabled his team to re-shoot the same sequence over and over again, seamlessly. Steve and the Garage team will teach all courses, bringing the knowledge they've gathered and innovated to photographers, food stylists, filmmakers, entrepreneurs, and makers of all stripes. Beginner classes will start from scratch, going over basics like viewing angles, composition, and basic equipment needs, "all the bases I learned in art school, but also the basics of applied engineering. We want to empower everyday people who are passionate about commercial filmmaking and photography while also teaching important skills like electronic circuit design, the basics of robotics, engineering, pneumatics," Steve continues, "and more than anything, it's about encouraging the idea of people playing around without the pressure of having to make a perfect end result, and breaking down those walls of trying something new." 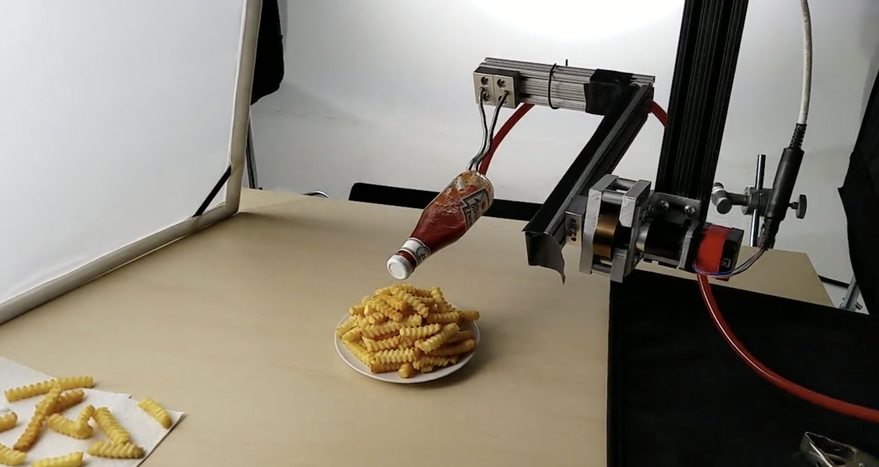 There's no better time than now

With many of us preparing for a long winter, Giralt sees The Garage Learning as a way for the homebound, possibly with curious, STEM-inclined children, to entertain and educate themselves. "We've seen already, with the free content we put out during quarantine, that there are those just running with it," he explains. So far, the few released tutorial videos have sparked in their viewers a great natural curiosity. With an online community of subscribers, working together, and sharing content among themselves, Giralt is optimistic about  the future. "I'm really excited to see around the world how people share ideas."

The Garage Learning is live on Kickstarter through November 30, 2020.  —Laura Feinstein