Should Design Make it Easier for Cyclists to Use Smartphones for Non-Navigational Purposes?

Question for you cyclists: Do you use a smartphone (for non-navigational purposes) while you ride?

Question for designers: To what extent should design compensate for human misbehavior?

The Netherlands may be one of the world's safest places to cycle. But even bike-friendly city layouts can't prevent this from happening:

(If you can't make it out in the GIF, she's tapping away on her phone right up until the crash, and the car is parked, not moving. You can see it better in the video at the bottom.)

In Holland it's illegal to use a mobile phone whilst riding a bike (€95 fine), but Holland Cycling writes that "phone use on [bikes] is still a common sight." 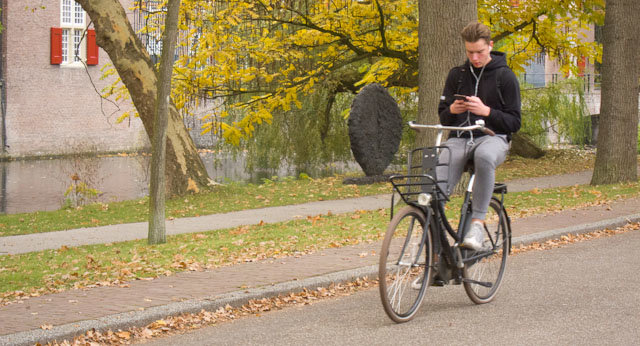 Pawel W. Wozniak, a human-computer interaction researcher at Utrecht University, spearheaded a project to tackle the problem--sort of. He and his team came up with the Brotate and Tribike, a pair of handlebar-based controls that would theoretically make it safer to use smartphones while cycling.

"The more people commute by bicycle, the higher is the number of cyclists using their smartphones while cycling and compromising traffic safety. We have designed, implemented and evaluated two prototypes for smartphone control devices that do not require the cyclists to remove their hands from the handlebars - the three-button device Tribike and the rotation-controlled Brotate. 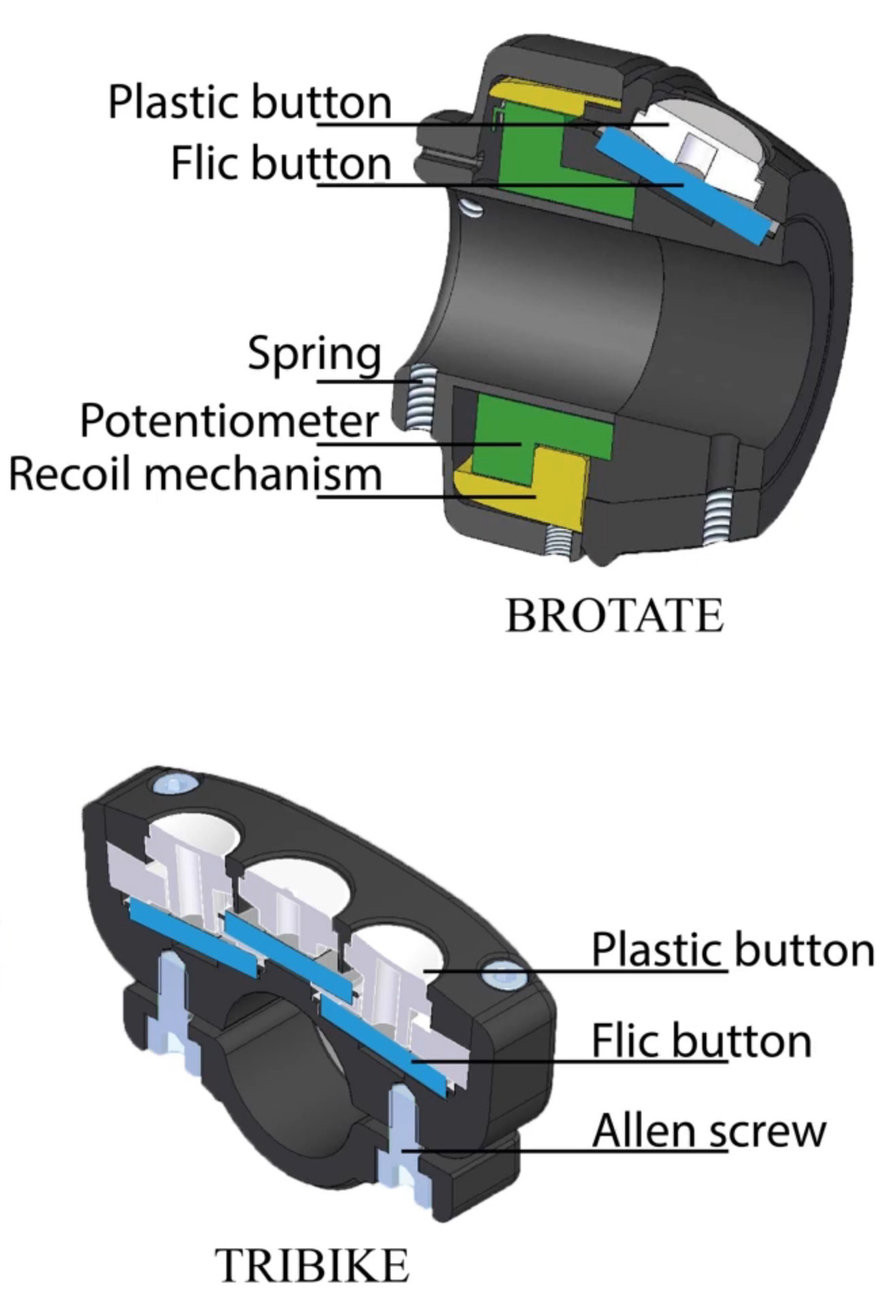 "The devices were the result of a user-centred design process where we identified the key features needed for a on-bike smartphone control device. We evaluated the devices in a biking exercise with 19 participants, where users completed a series of common smartphone tasks. The study showed that Brotate allowed for significantly more lateral control of the bicycle and both devices reduced the cognitive load required to use the smartphone. Our work contributes insights into designing interfaces for cycling."

Here's what they do:

My larger question to you is, do you think this is an area where design ought be deployed? I ask because it already seems like common sense that you oughtn't be fiddling with a smartphone while riding a bike, and Dutch authorities have taken the additional step of making it illegal. In a situation like this, to what extent should design play a role?

The same people who don't like wearing face masks might say "Well, it should be up to each cyclist to decide what's right for their own safety." And that argument misses the same point as it does with masks: It's not about the individual, it's about everyone else. In Japan, a university student with "a phone in her left hand, a drink in her right hand and an earphone in her left ear" crashed her e-bike into an elderly woman who later died of her injuries. The student got two years in prison.