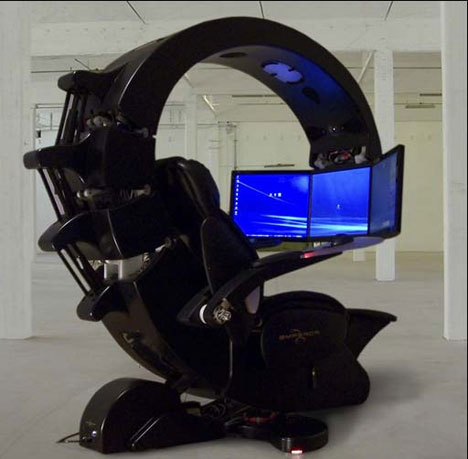 In case your current multi-screen setup with the overclocked glowing tower and the Aeron wasn't earning you quite enough nerd cred, here comes the Emperor Workstation: a massive techno-womb that cradles you in ergonomic comfort, three 19" screens, THX Dolby, filtered air, and no reason to ever stop working. Most previews are focused on its potential as a never-get-up-except-to-pee gaming system, but we're thinking it's just the thing for those marathon CAD sessions. Price and specs to be released in late July.

via SolidSmack and GeeksAreSexy (and yeah, Gizmodo mentioned it too)