...some of which played Barbara Streisand

Here's a fantastically quaint object that, if I didn't tell you what it did, you'd never guess. In the 1960s and '70s, when everyone was speaking on landline phones with the dumbbell form factor for the receivers, Japan's Sankyo made these "telephone rests:" 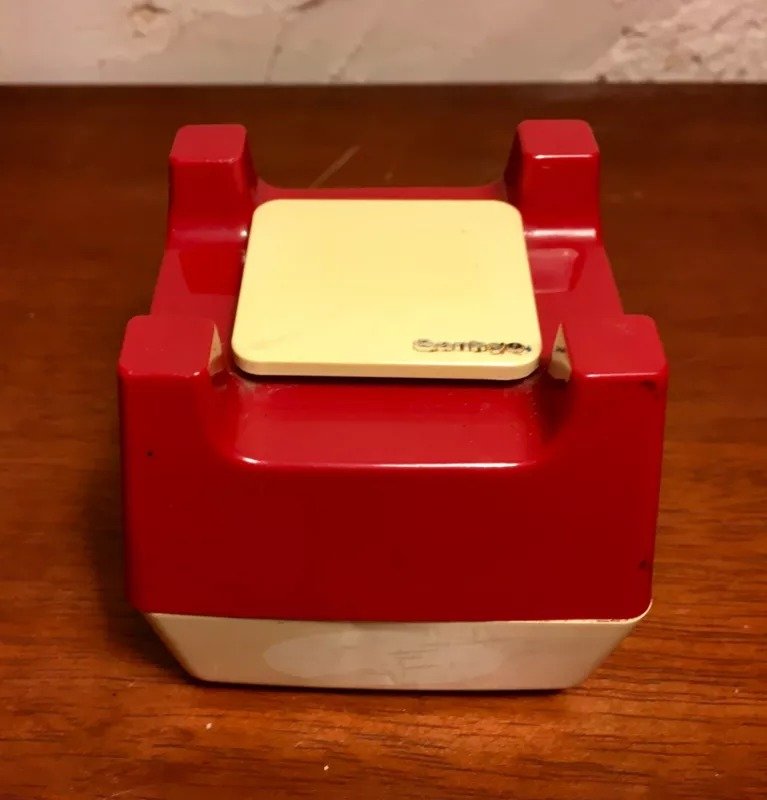 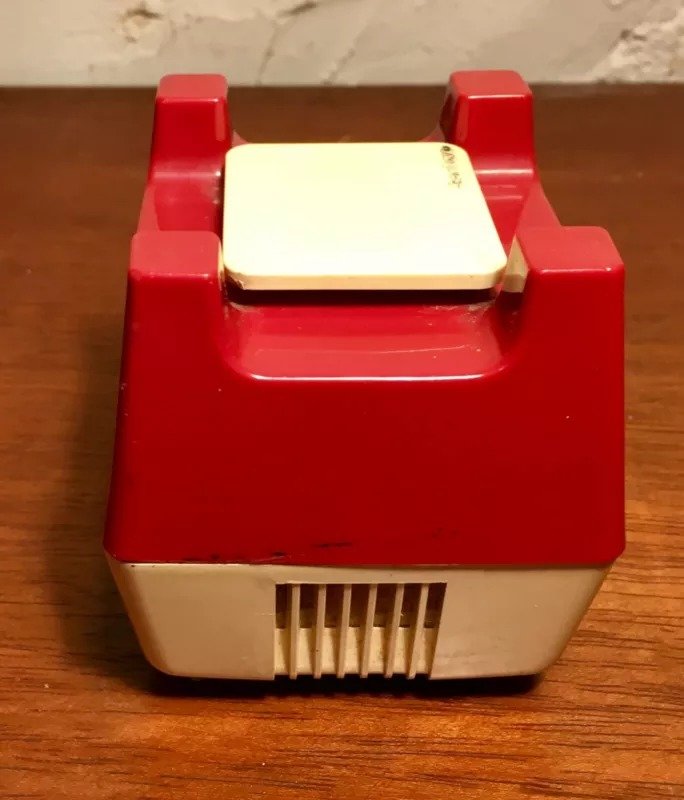 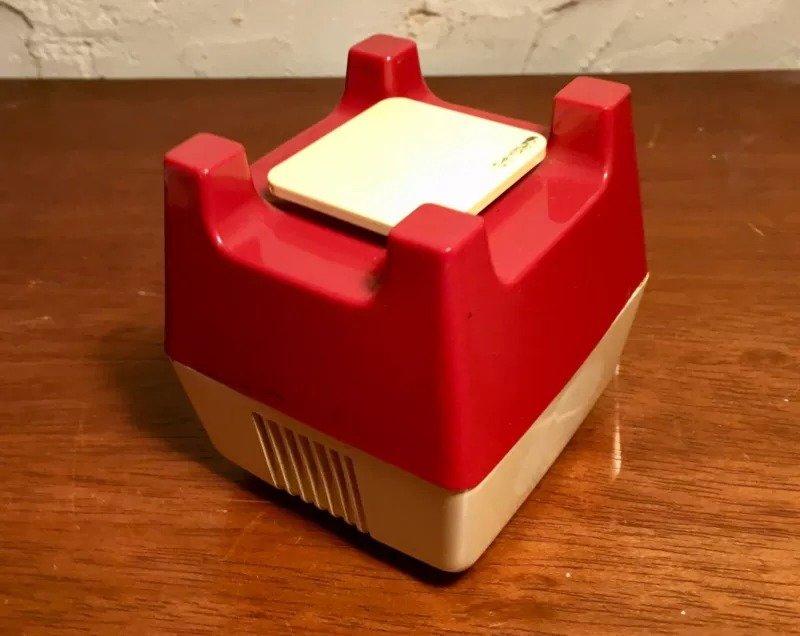 You placed the receiver atop the cradle, and the weight of the receiver pressed the large button in the center. That activated a wind-up music box. This was a super low-tech way to put a caller on "hold" and treat them to a little ditty while you hustled off to find Matsumoto-san or whomever they were calling for. 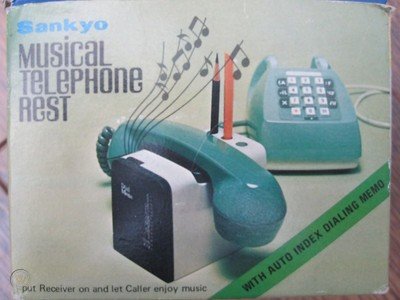 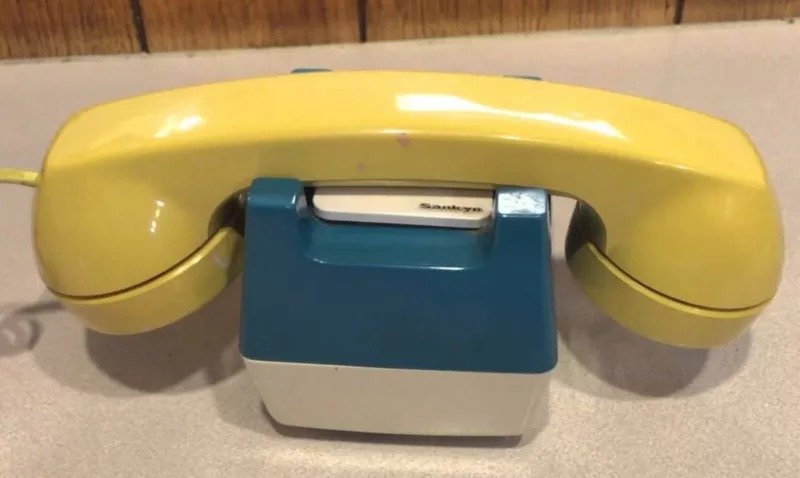 This model inexplicably features an inverted and slanted twist on the German flag: 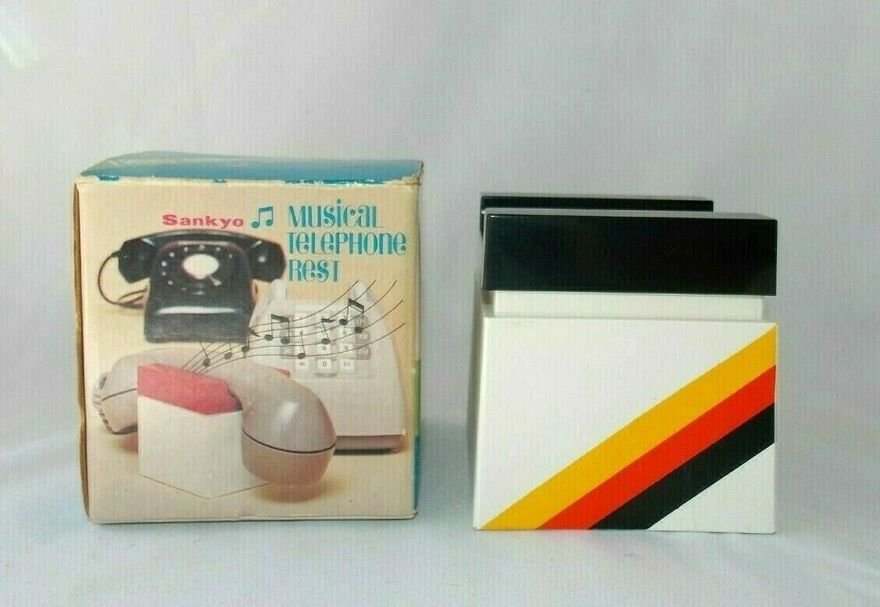 The bottom of the units featured the wind-up dial and a sticker with the name of the song on it. 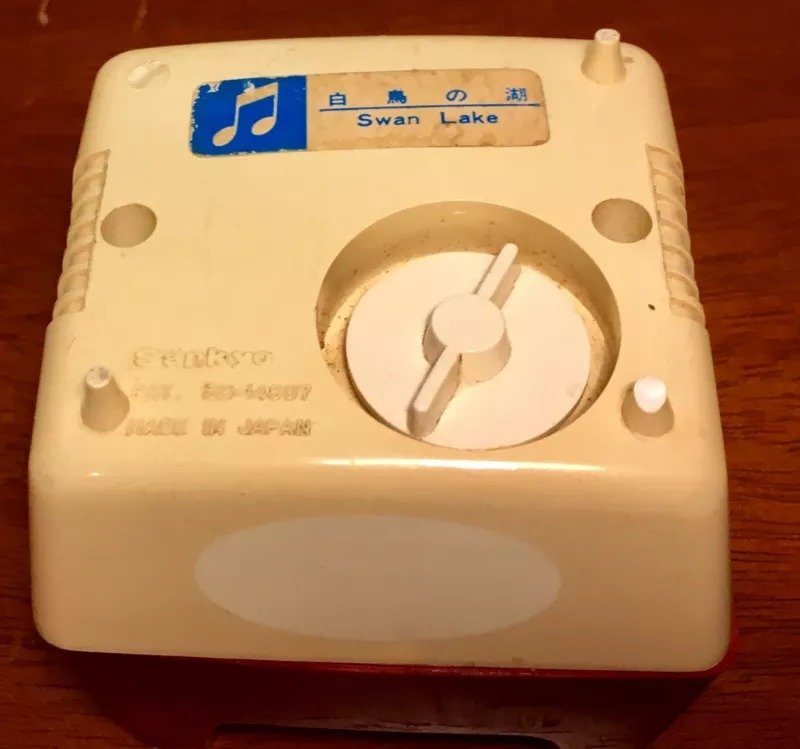 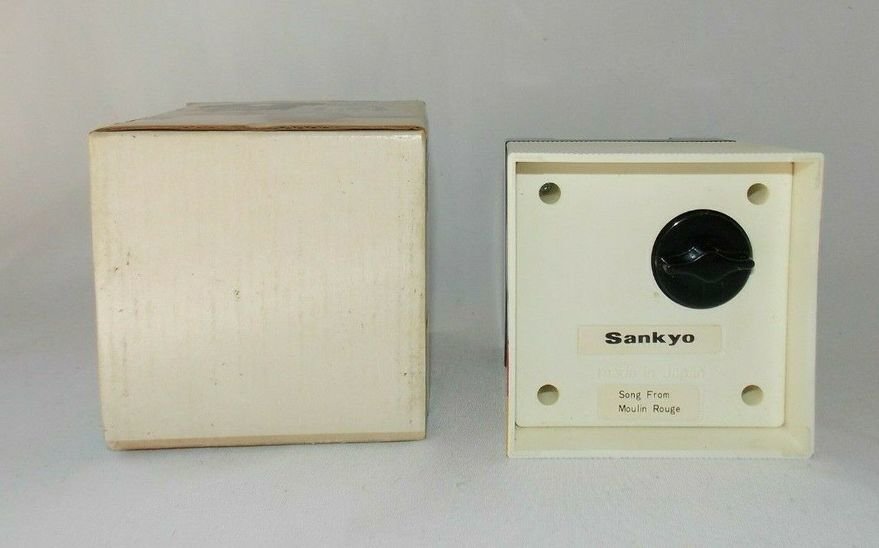 When sitting right-side-up, the older ones above had the button as their sole discernible design feature. But over the years the form factors evolved somewhat: They gained holes for holding writing utensils, notepad slots and/or built-in notepads. 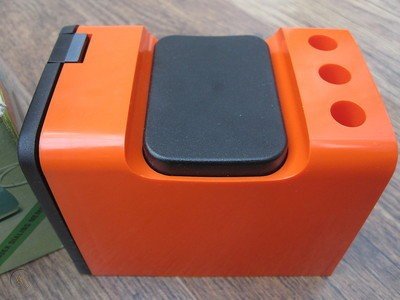 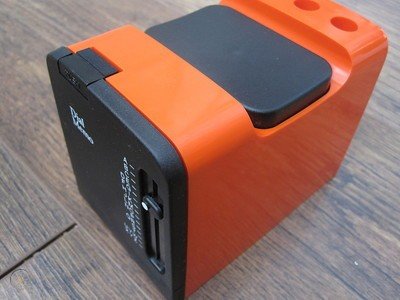 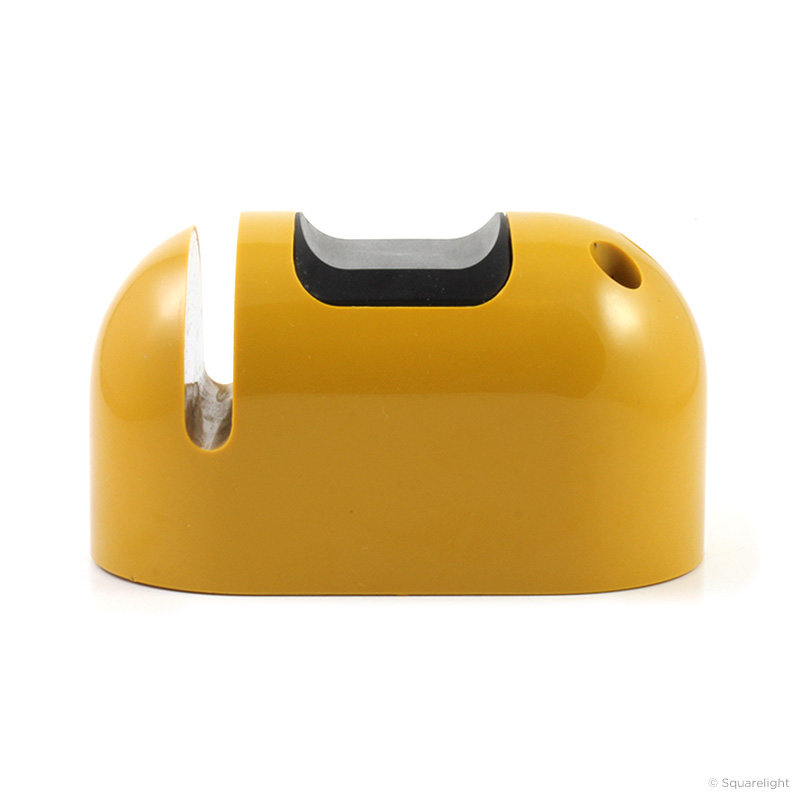 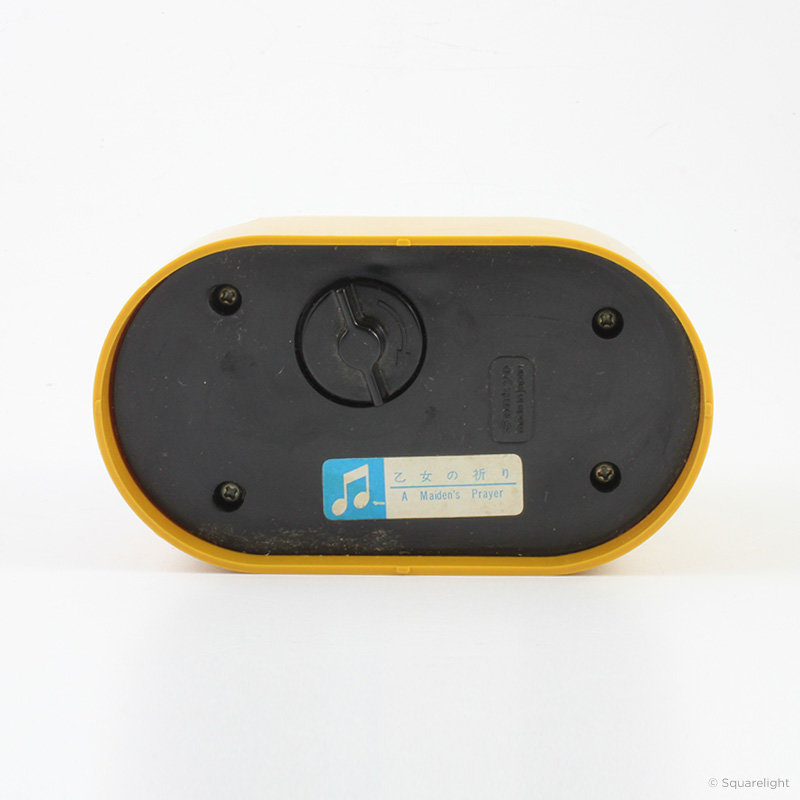 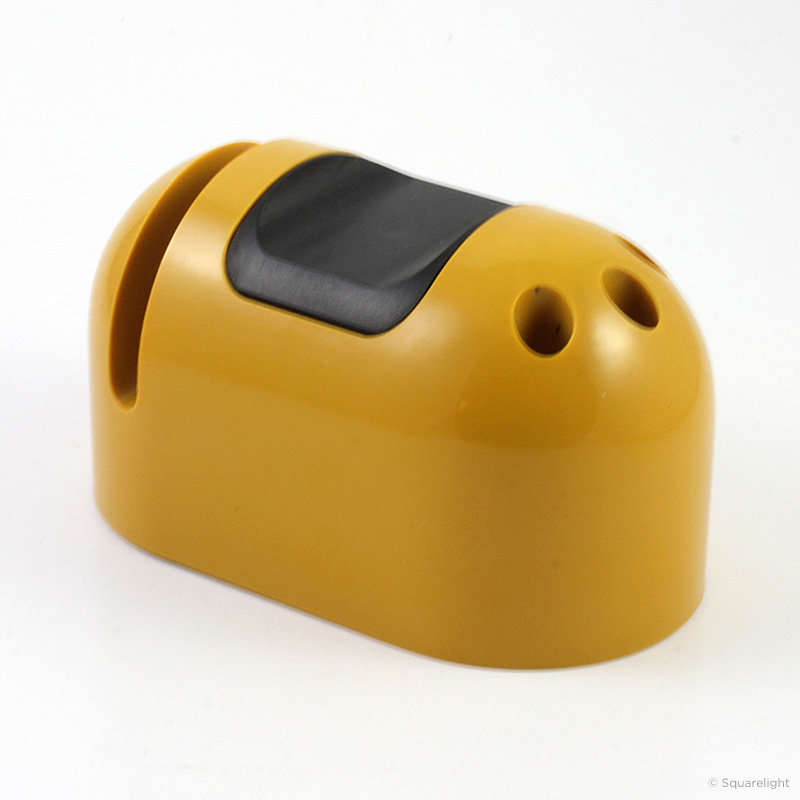 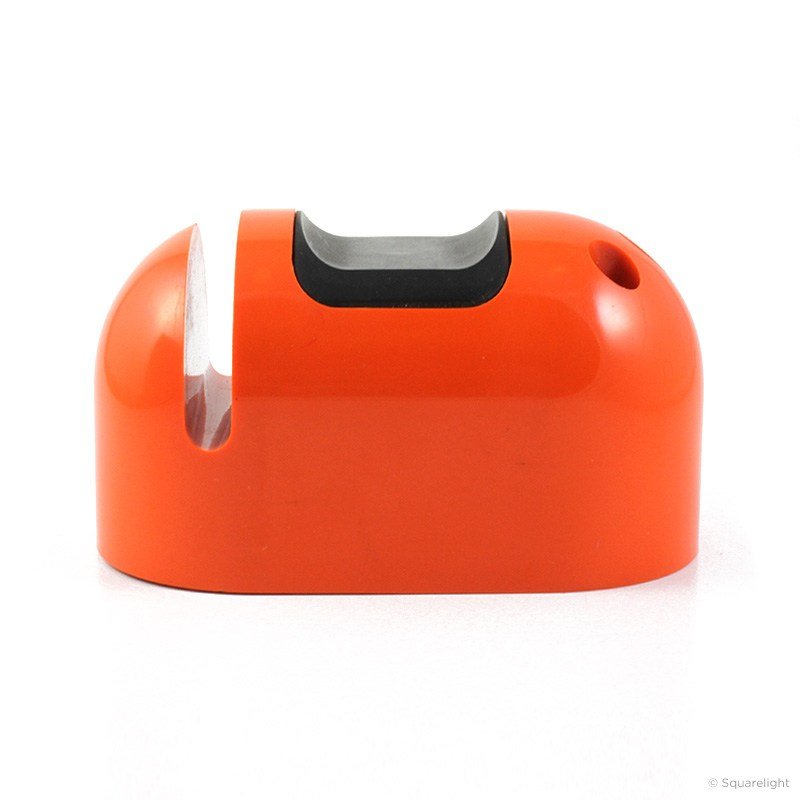 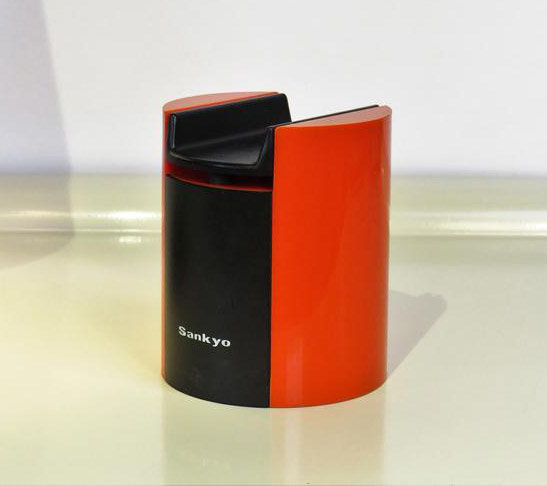 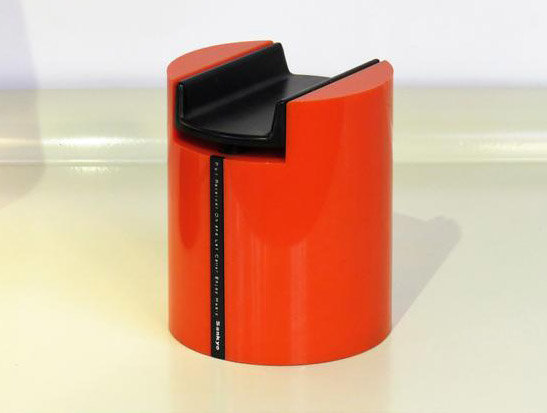 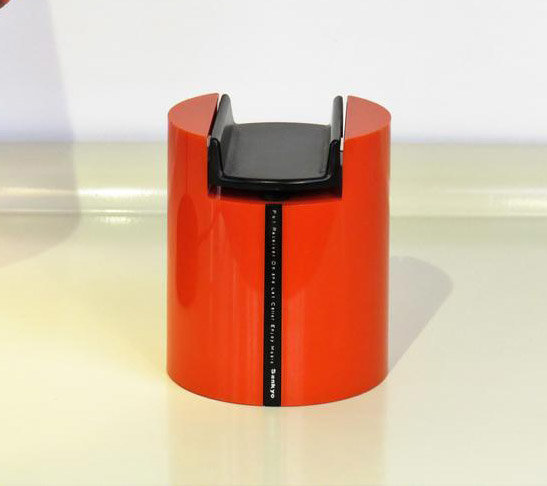 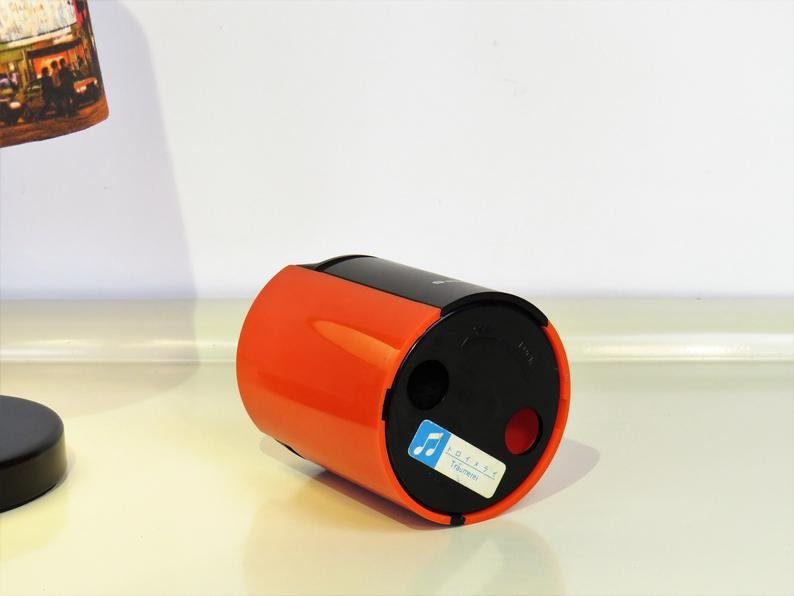 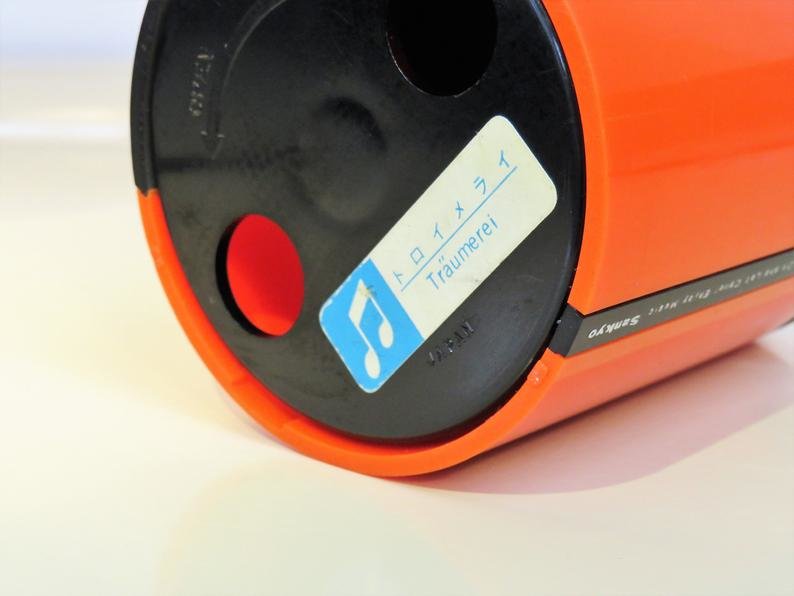 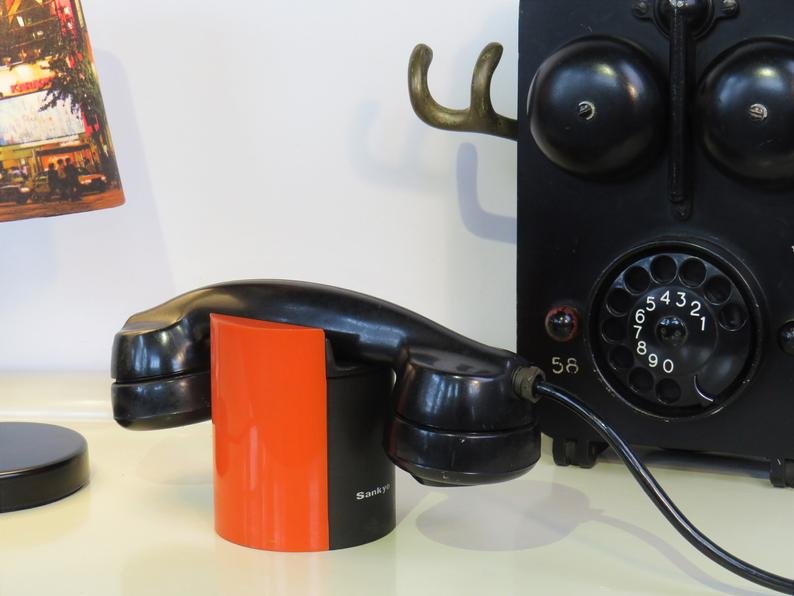 Amusingly, this one with the built-in notepad plays Barbara Streisand's 1973 hit "The Way We Were:"

These objects are pretty darned rare, but you'll see them pop up on eBay and Etsy from time to time.