A look at the official Veep Residence

The White House is basically a mega-mansion, with six floors providing 55,000 square feet. Yet only the President and his family live there; why? The Executive Residence on the second floor, shown below, is essentially a massive 9,000-square-foot apartment; they can't carve out a couple of rooms for the Veep and his fam? 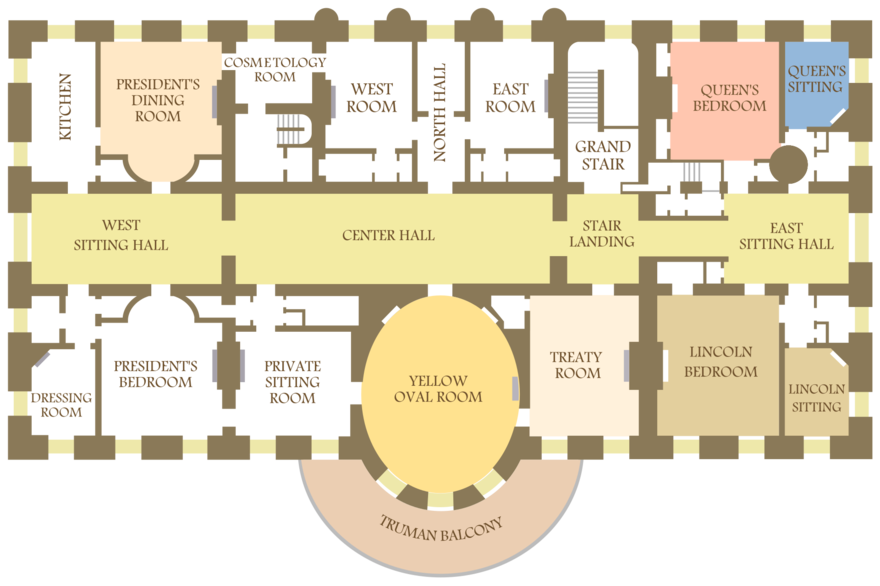 Apparently not. For security concerns, the Veep is housed in a different building.

For most of American history, the Vice President was responsible for his own housing. But in the 1960s, after President Kennedy was assassinated, Congress looked into setting up an Official Residence for the Vice President (presumably so they could stuff it with security). As with most government plans, this took years to execute.

By the early 1970s, they'd settled on a house, specifically this one: 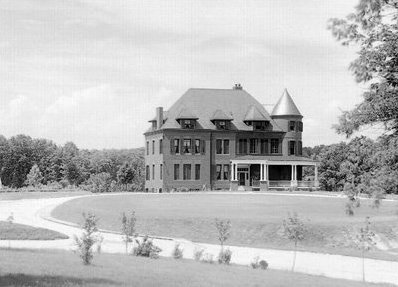 The house in 1895, seen in its original terracotta brick.

Built in 1893 in the Victorian style (specifically the Queen Anne sub-style, typified by an assymetrical façade, a wraparound porch and a turret for good measure), the house is located on the grounds of U.S. Naval Observatory in Washington, D.C., less than three miles from the White House. Originally built for the Observatory's superintendent, the house had served as residence for a variety of admirals and naval officials. 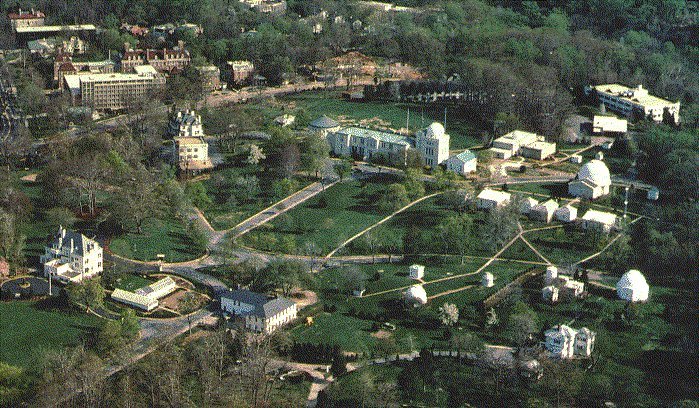 The U.S. Naval Observatory. The house is in the lower left of the photo.

Once the house (which is officially referred to by its address, Number One Observatory Circle) was ready, Gerald Ford was supposed to be the first Veep to live there; but Nixon resigned before Ford could move in, so instead the Ford family's stuff was diverted to the White House. (I'm picturing a bunch of cardboard boxes that said stuff like "VP - Living Room" with the "V" crossed out.) 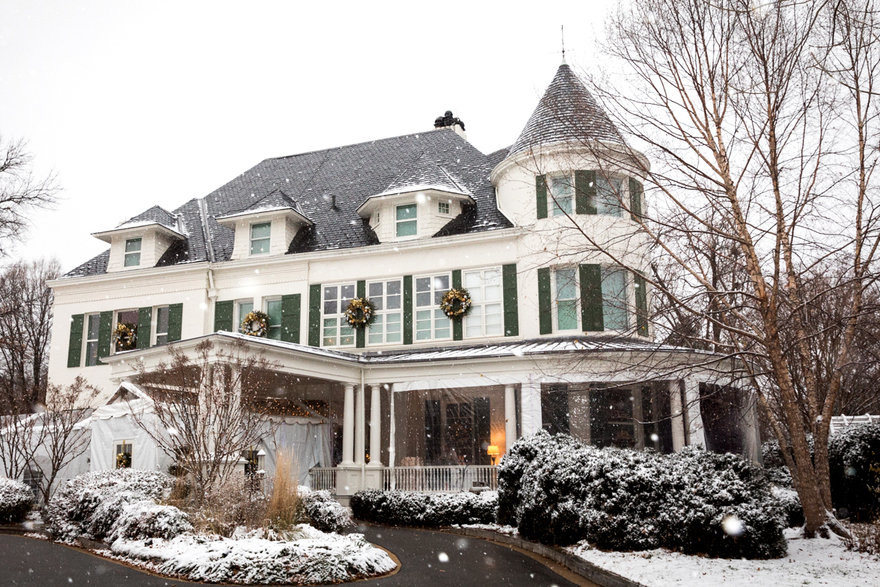 The house in recent years, decorated for the holidays. There appears to be a security tent erected beneath the entryway awning.

Next Ford's Veep, Nelson Rockefeller, was given the house; but when you've got Rockefeller money, a little 9,150-square-foot Victorian is JLW ("just like whatev's," a phrase Rockefeller may or may not have used). So Veep Rock only used the house for parties. 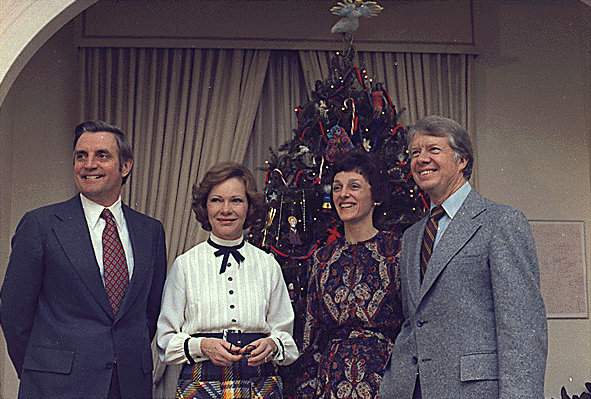 The Mondales and the Carters in the house in 1977. Carter's face says "This place is JLW." 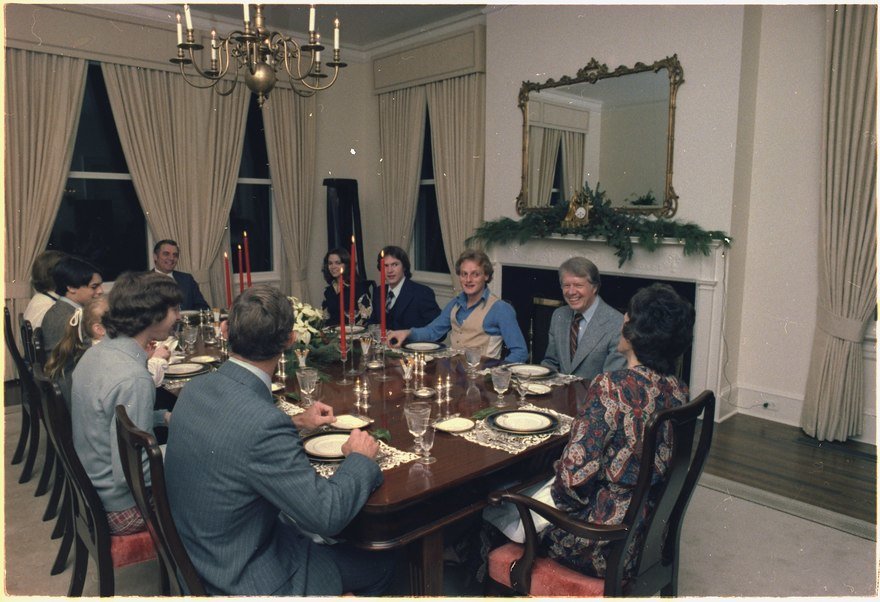 At least here, VP Mondale gets to sit at the head of the table. 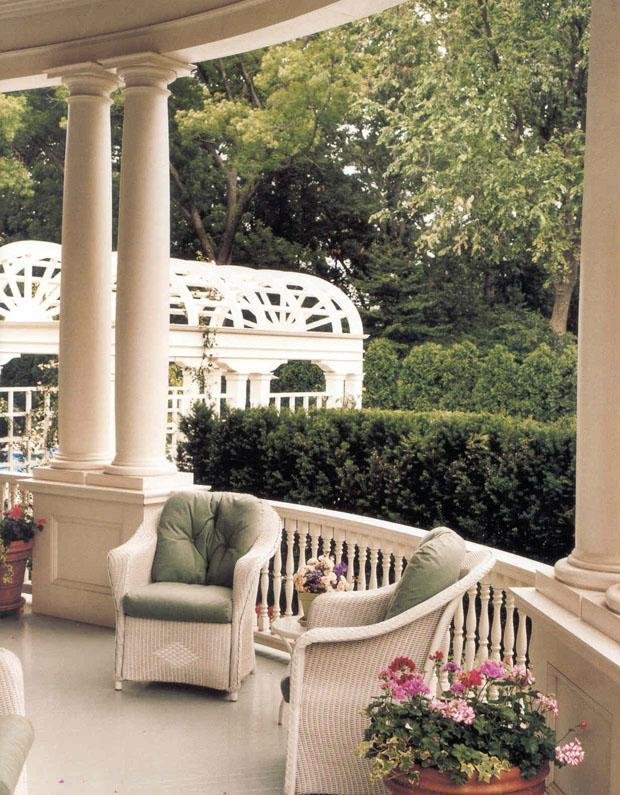 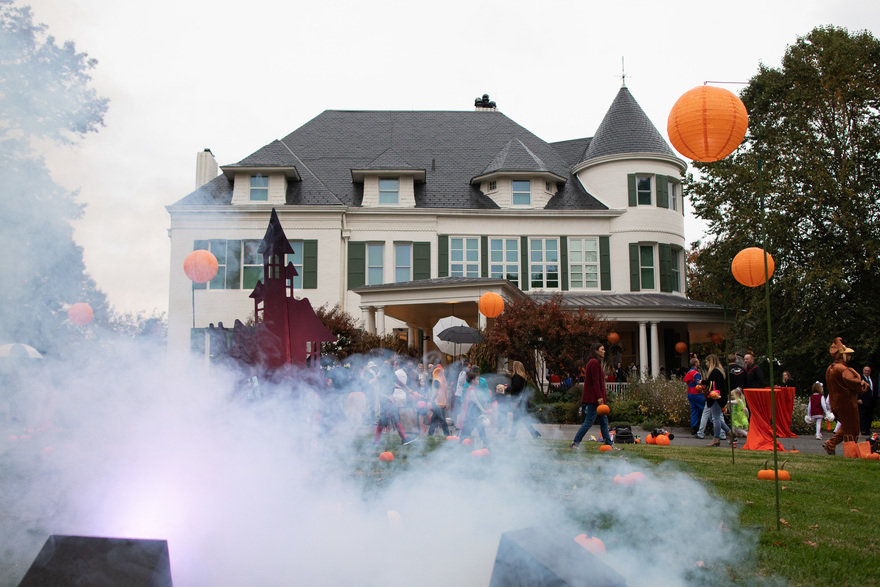 The Pences host a Halloween bash. Something has either gone very wrong with the barbecue grill, or they're running a smoke machine. 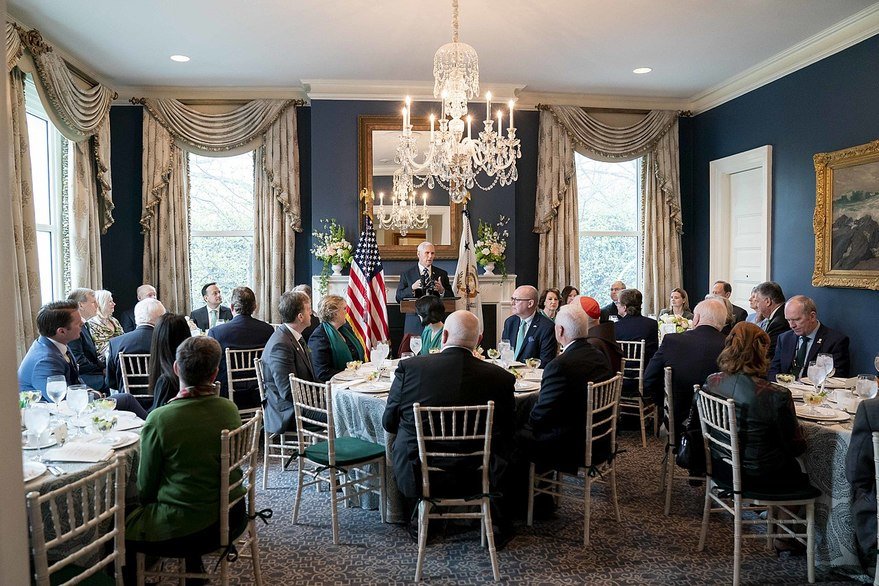 VP Pence hosting a gathering of people who like to wear blue suits.

The big question now is: Are the Pences currently breaking out a bunch of Sharpies, bubble wrap and Uline cardboard boxes, or is everything staying in the cupboards? It's anyone's guess.