While the designers of BMW's recently unveiled iX were all over the place, this month they also unveiled a concept vehicle with a more cogent design aesthetic: Their Motorrad Definition CE 04, an electric scooter. 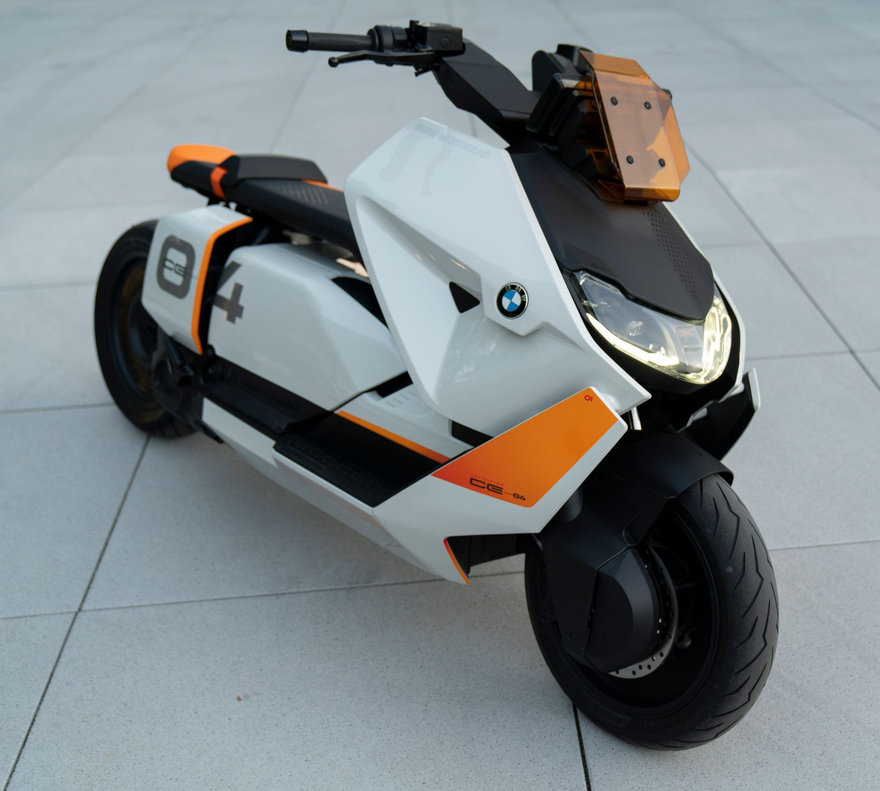 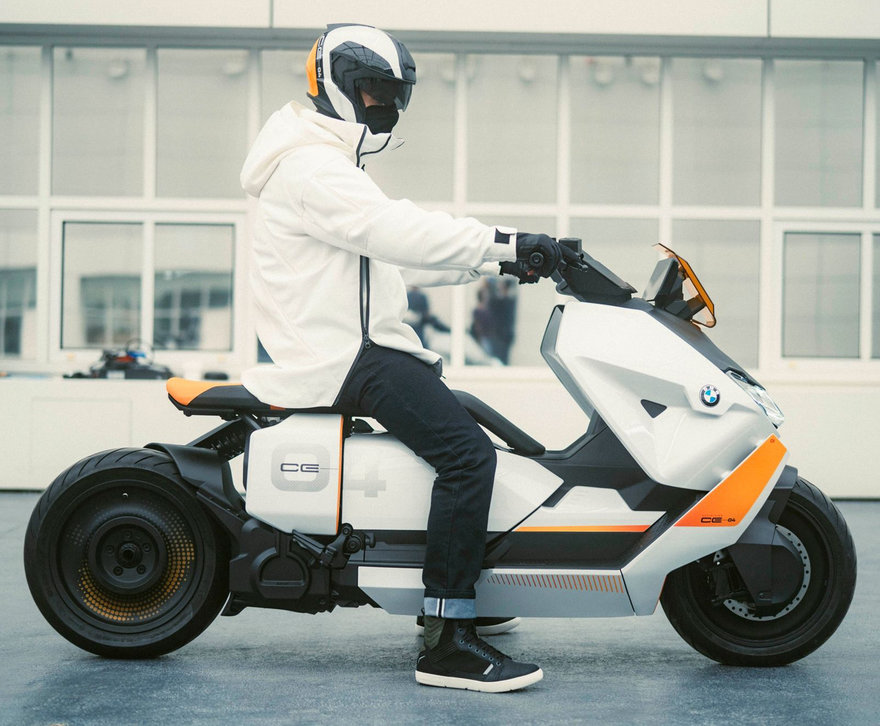 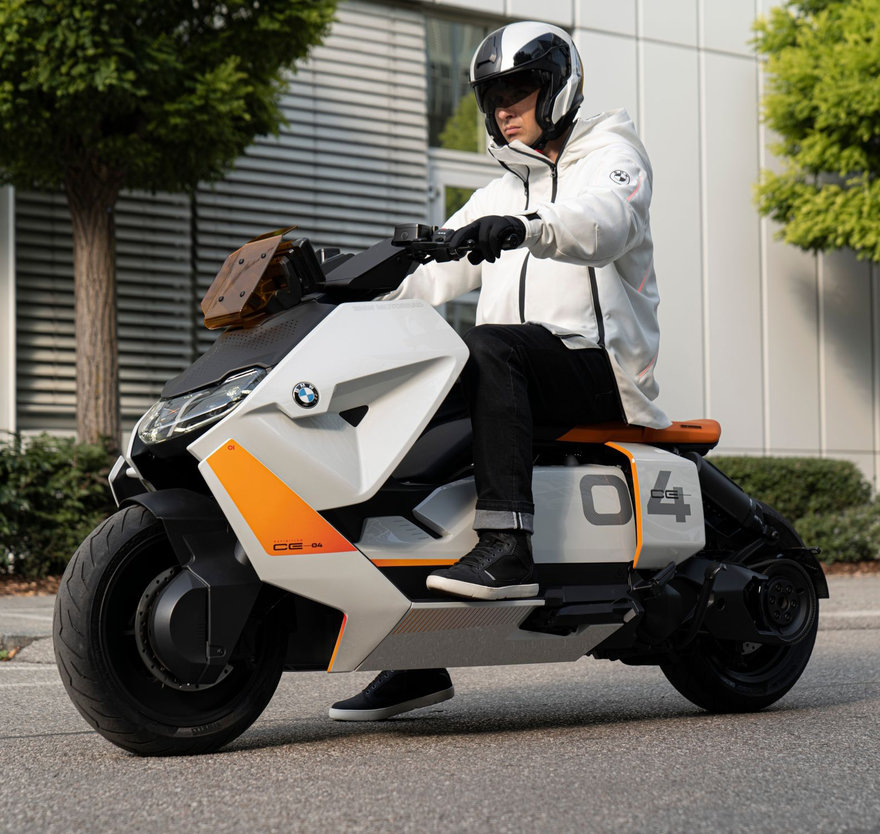 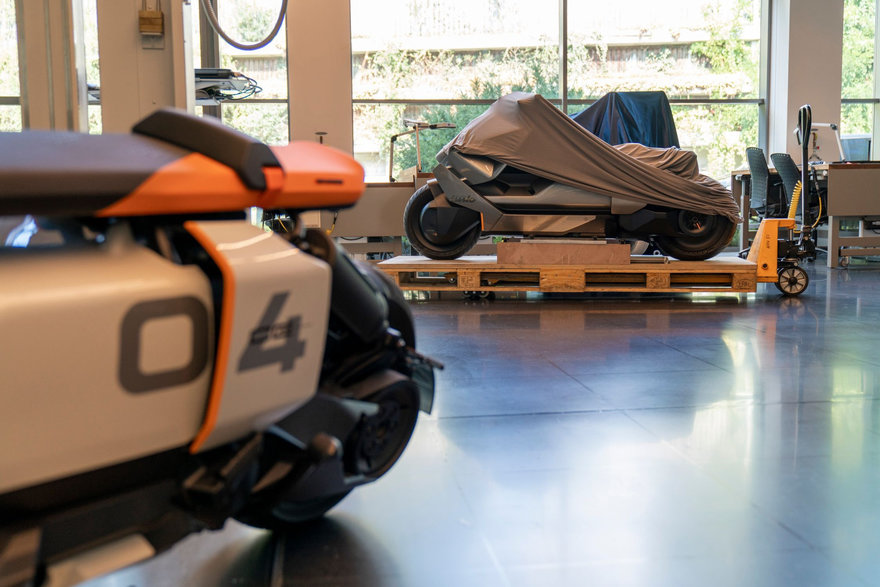 Where the iX was all confusing surfaces and chaotic transitions, the CE 04 neatly sidesteps this by dropping the conceit that this is all meant to be one form. Instead the scooter looks like a series of subassemblies that have been grafted together, giving the bike an anime- or mecha-like feel. 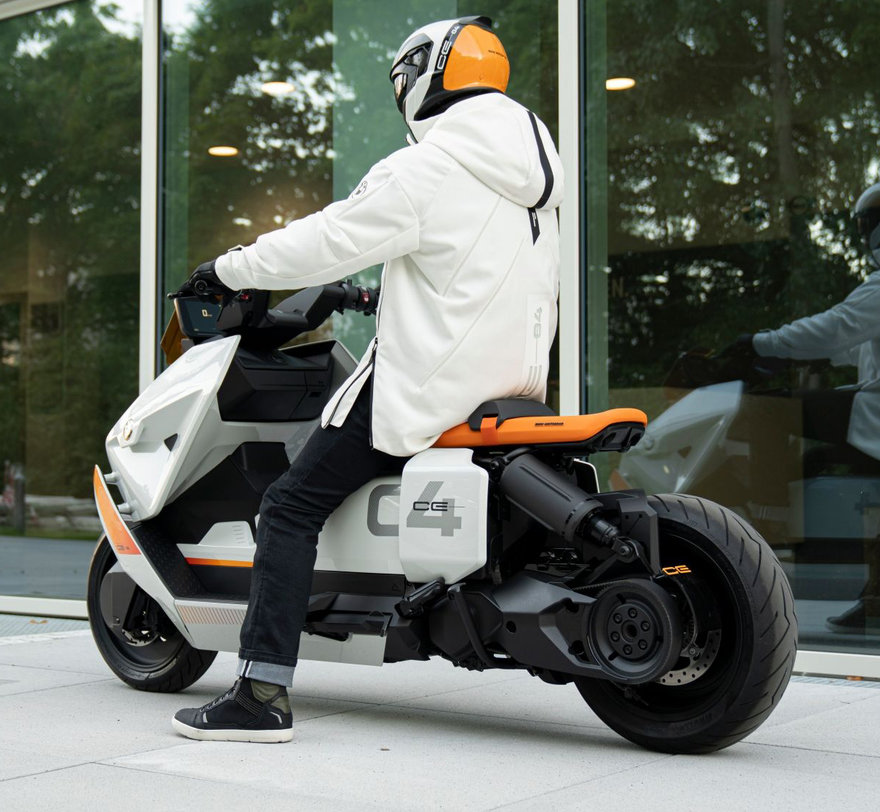 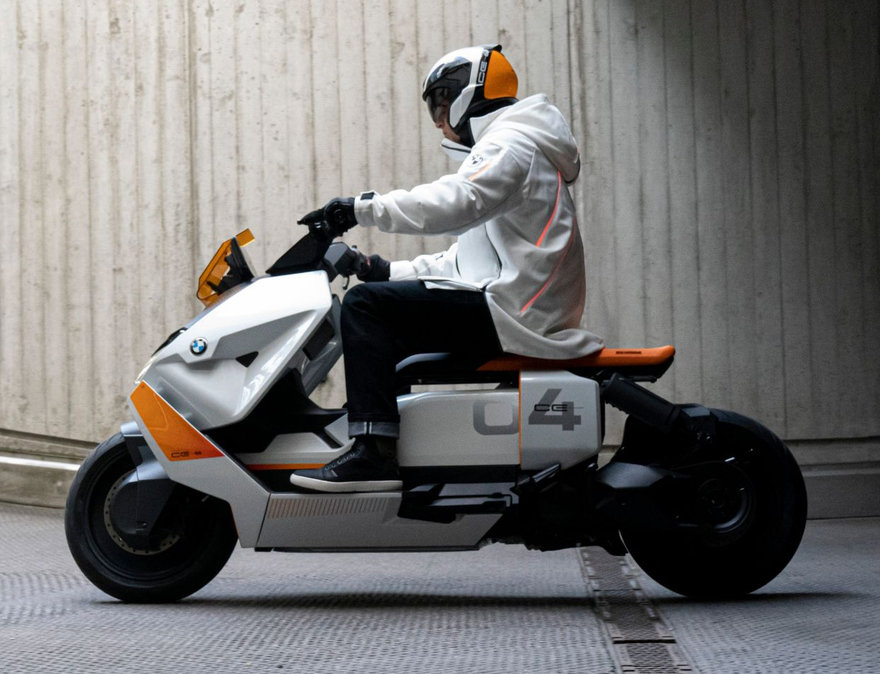 The side of the front cowling still has two too many surfaces for my liking, but overall the form does a far better job of pulling off disparate surfaces than the iX. Here the angles and strong lines mainly relate to one another, and the parts appear to stand off of one another rather than joining cleanly, almost as if tight tolerances were not possible. This deconstructed aesthetic works well, in my opinion, on the smaller form of a scooter. 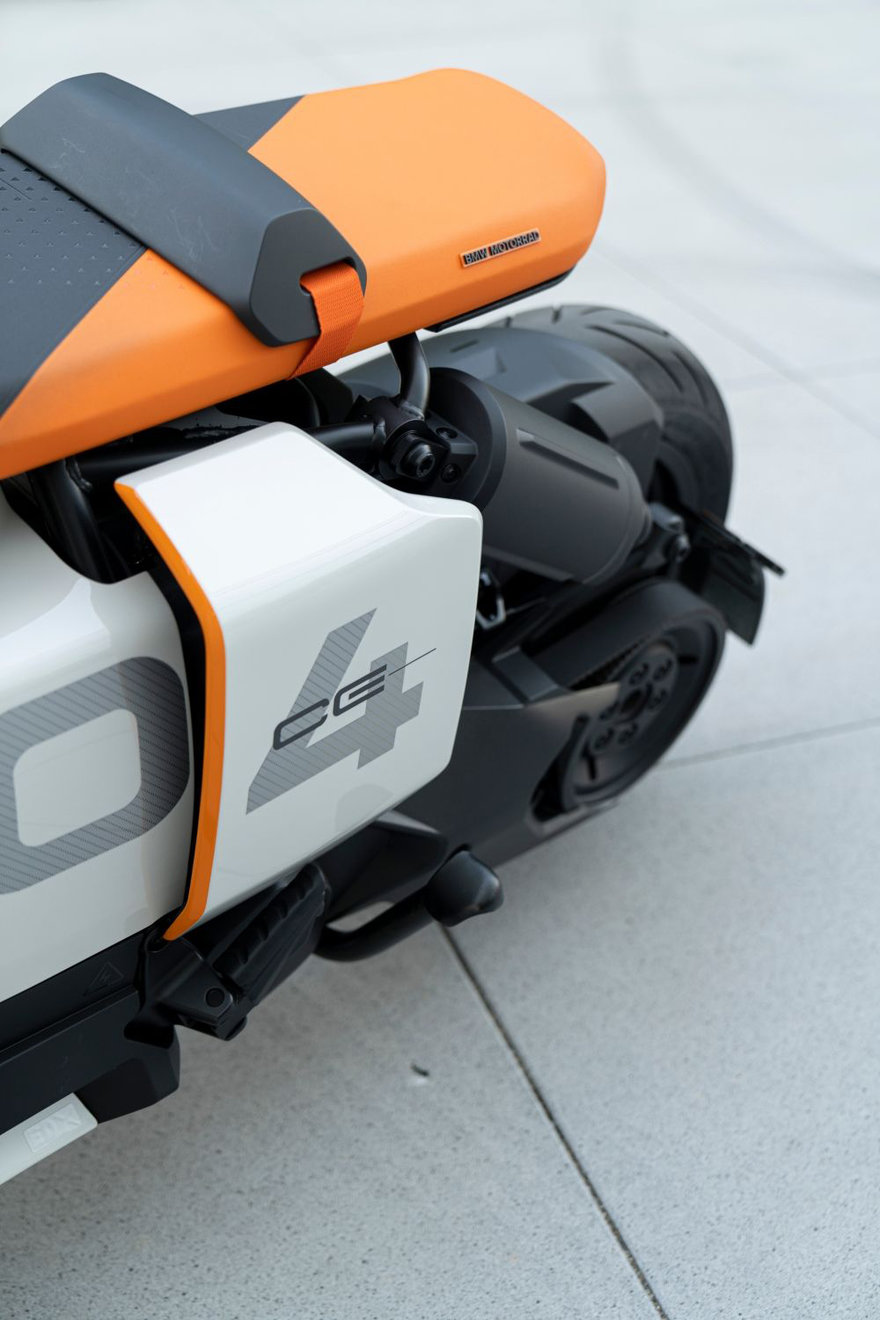 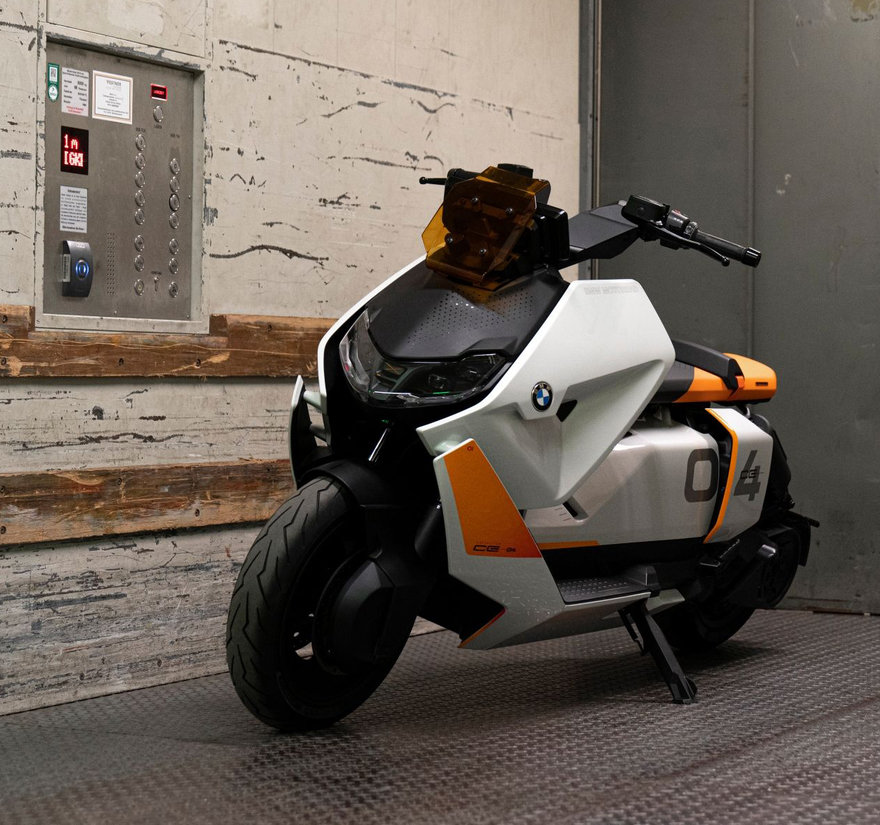 Even the helmet, which stows on-board in a dedicated space, has been designed with a matching aesthetic. 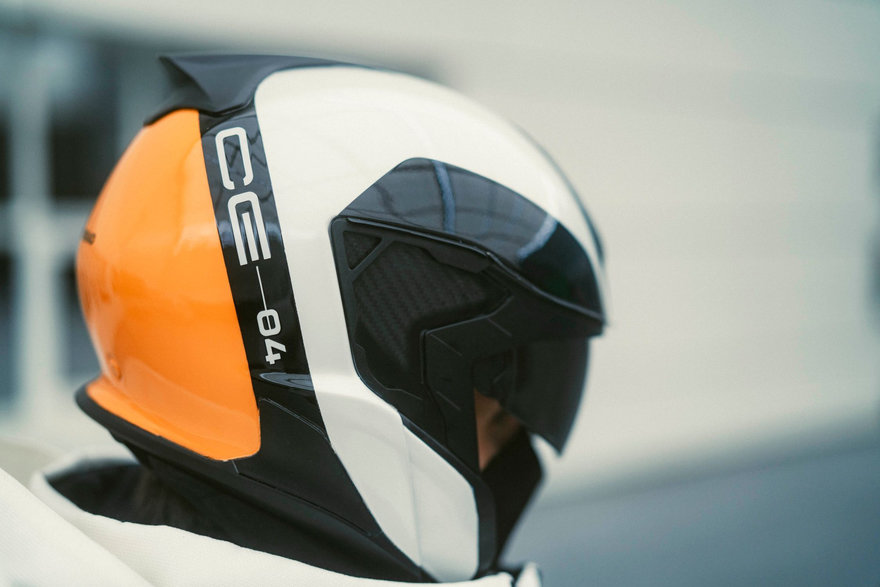 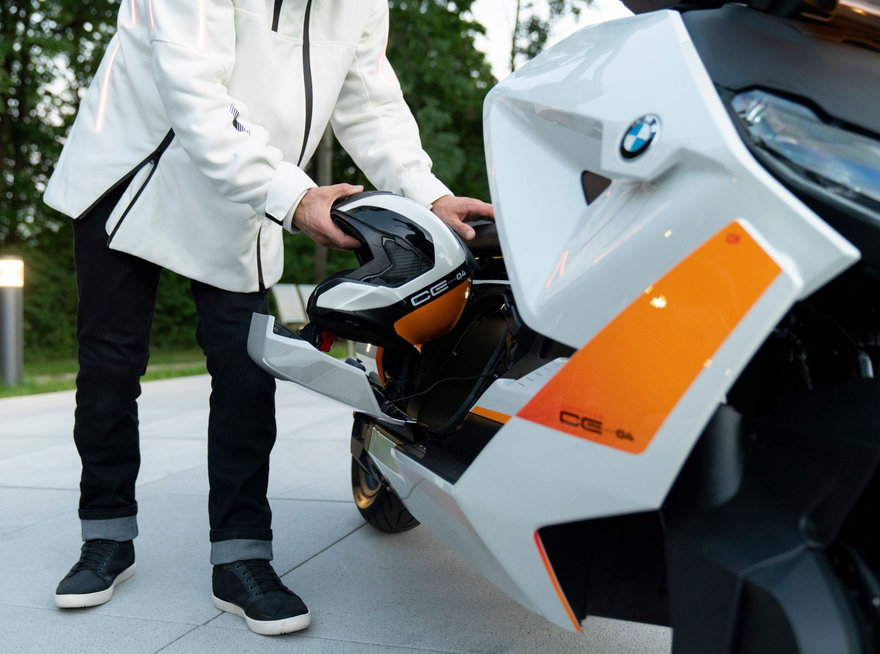 Lastly I'll say, this is one of those cases where I feel the finished concept looks better than the renderings and sketches. 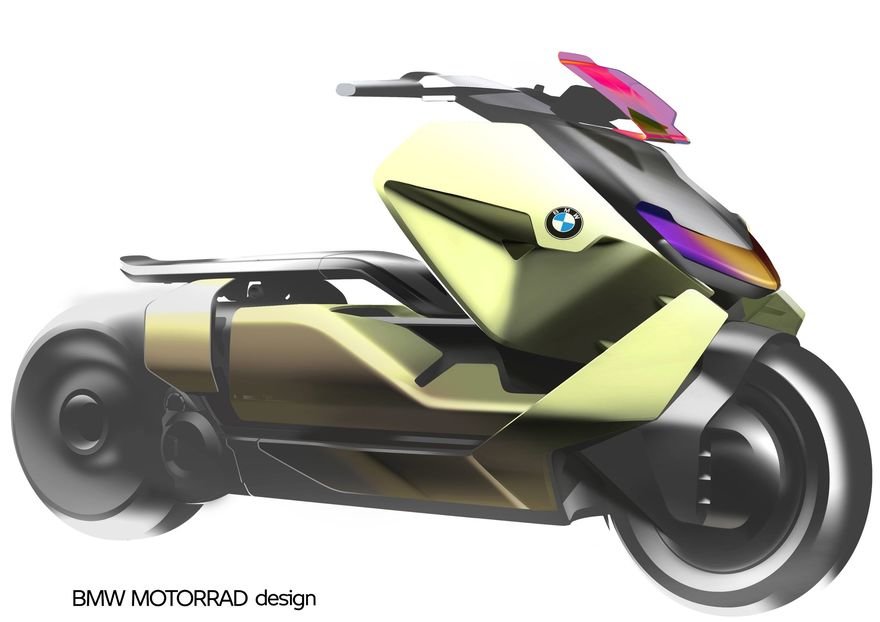 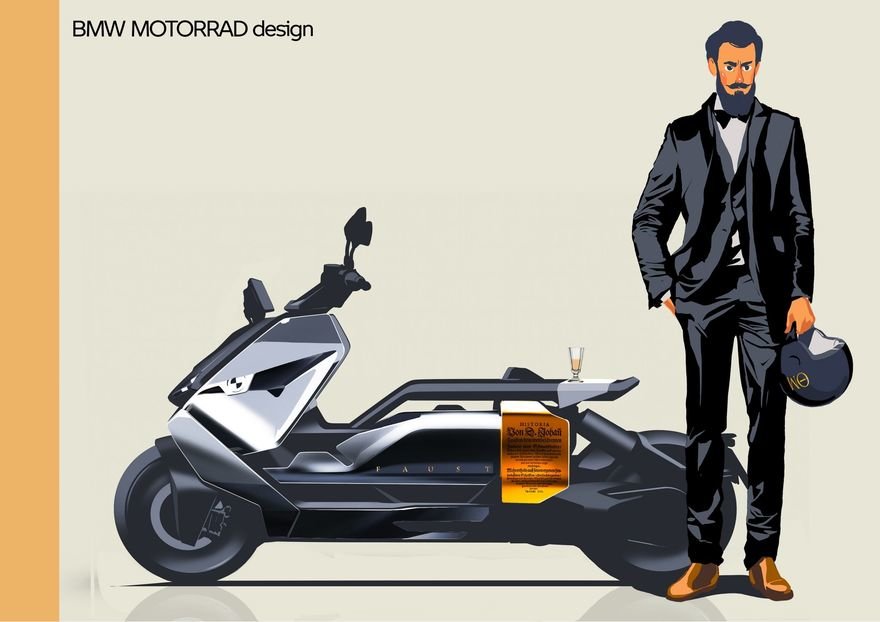 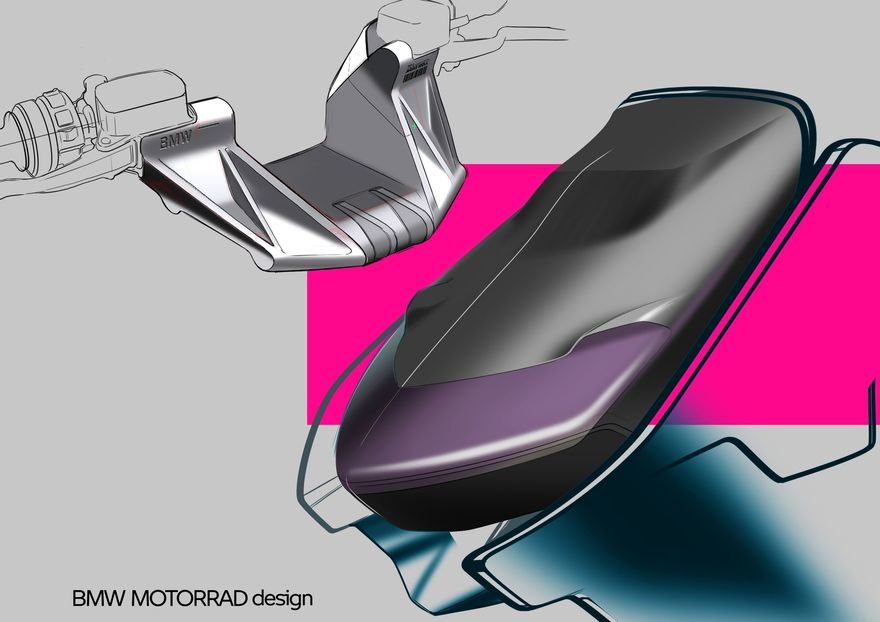 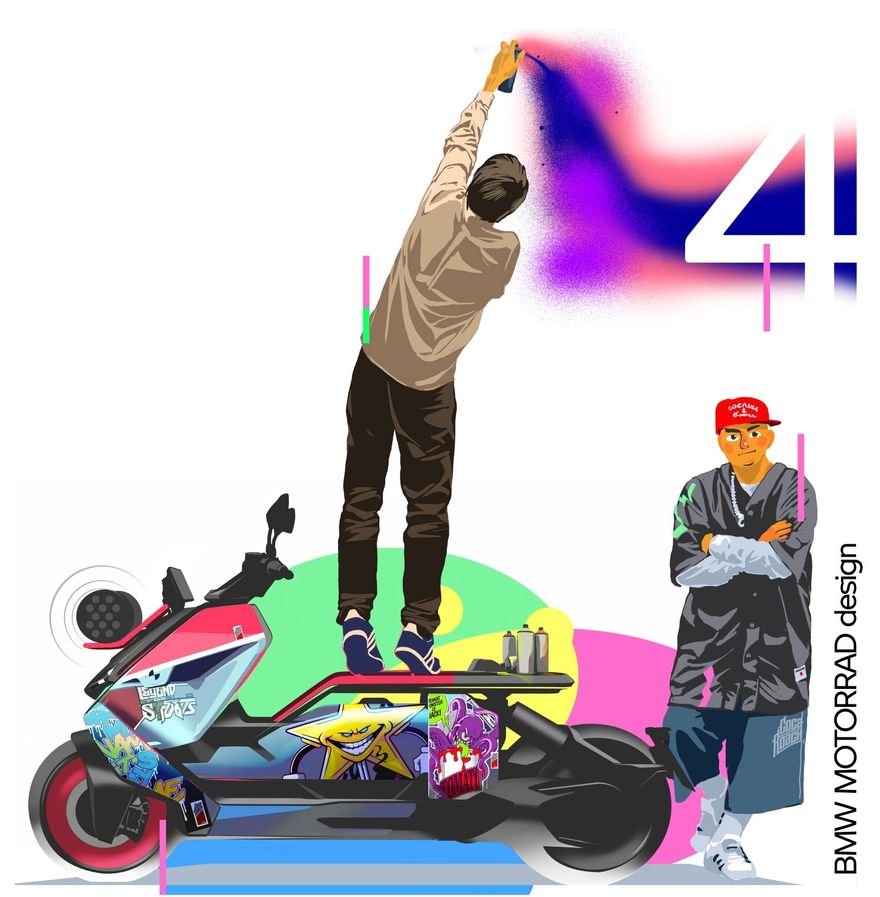 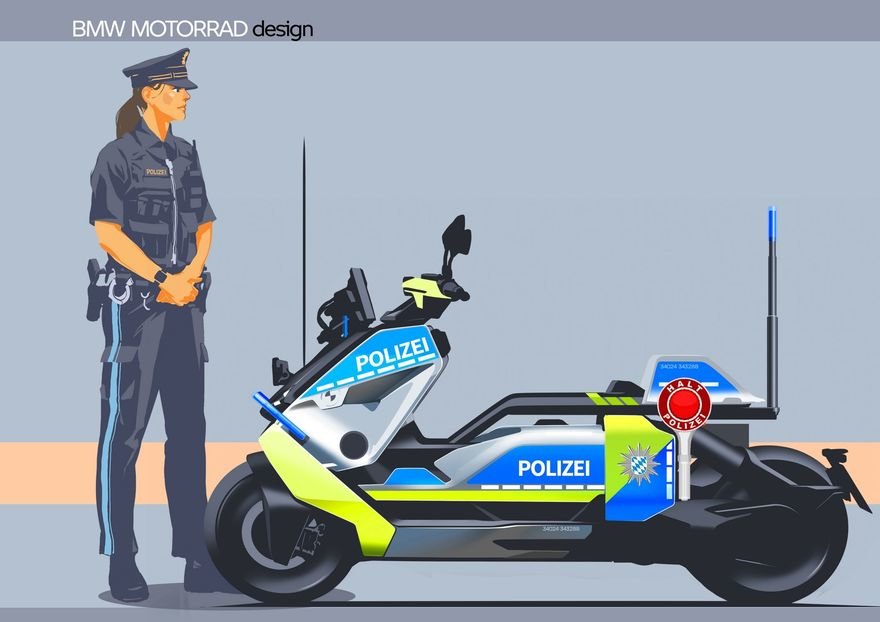 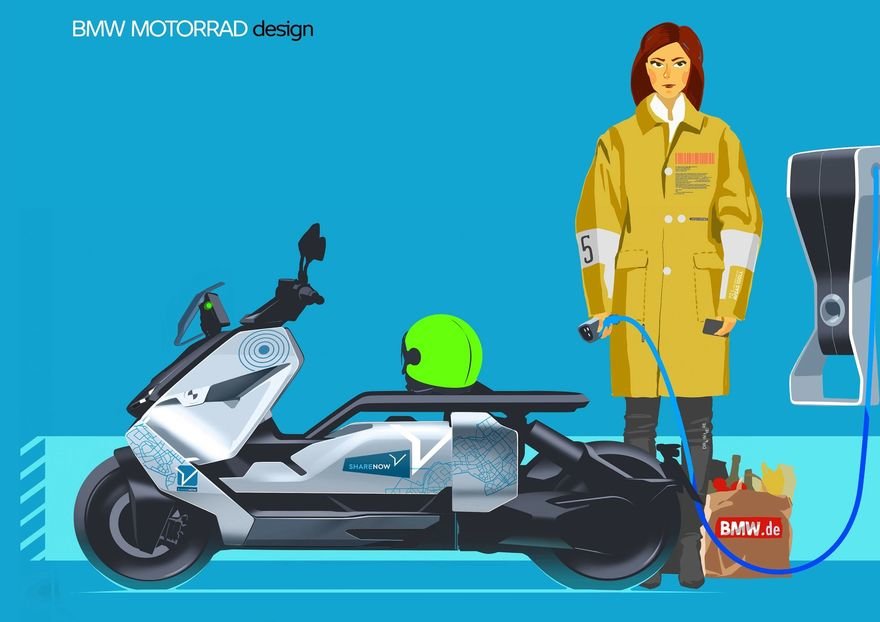 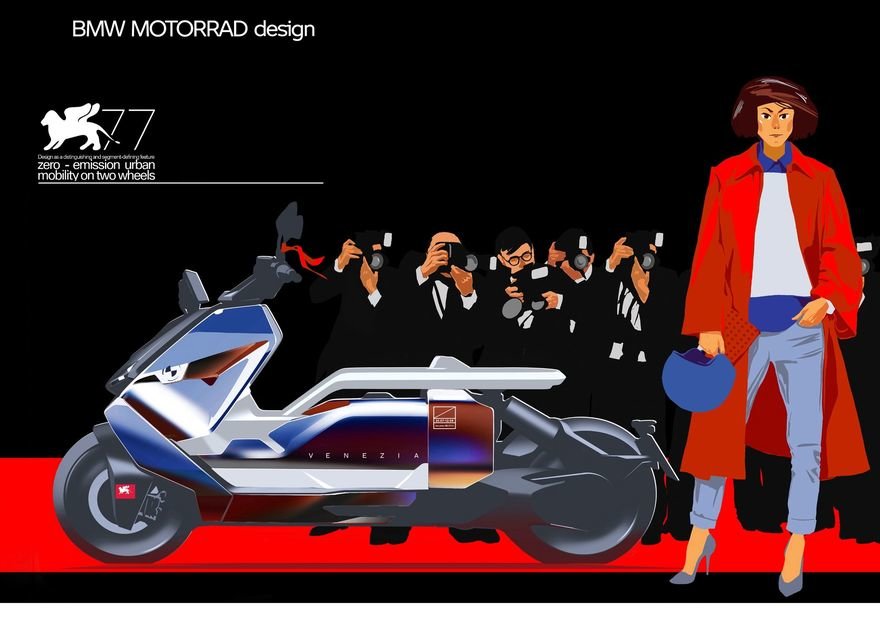 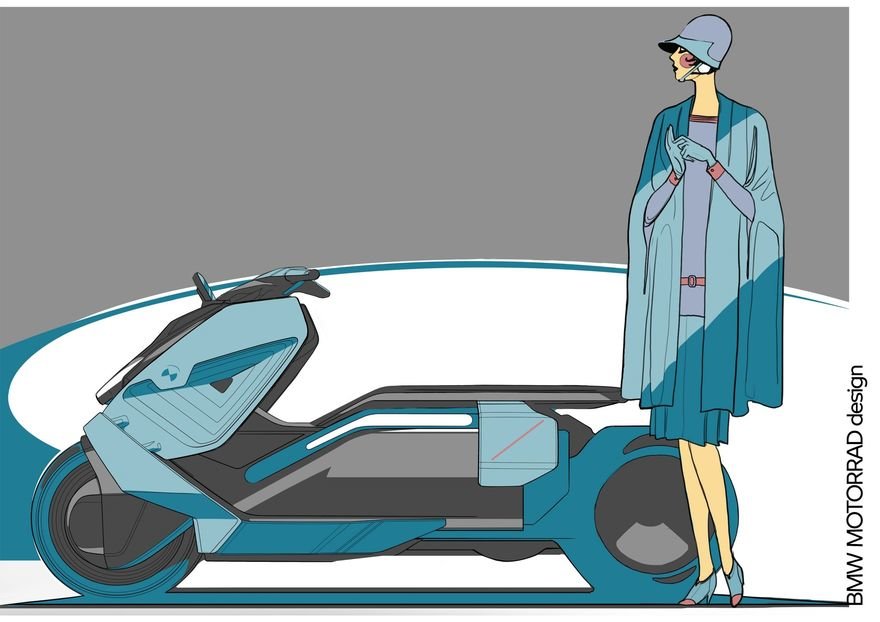 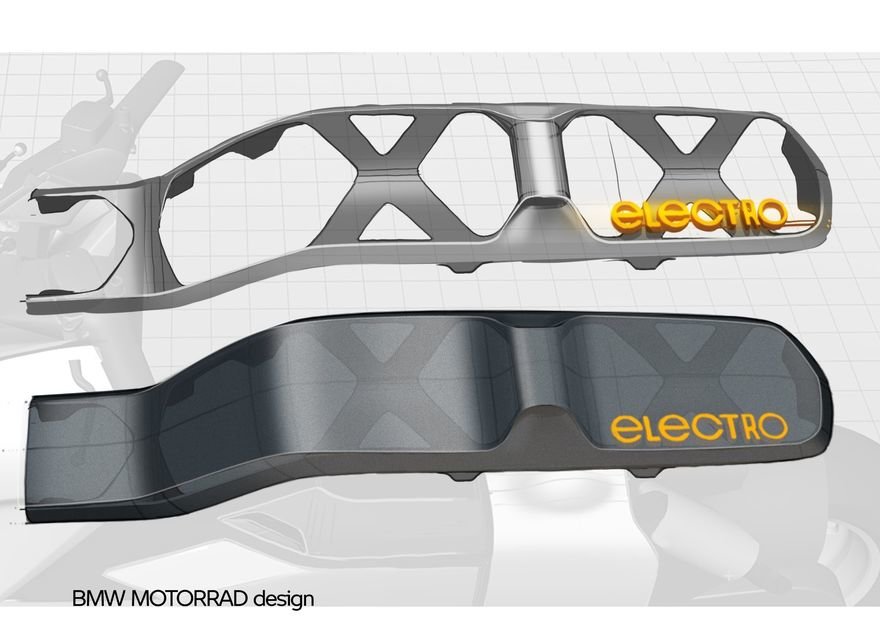 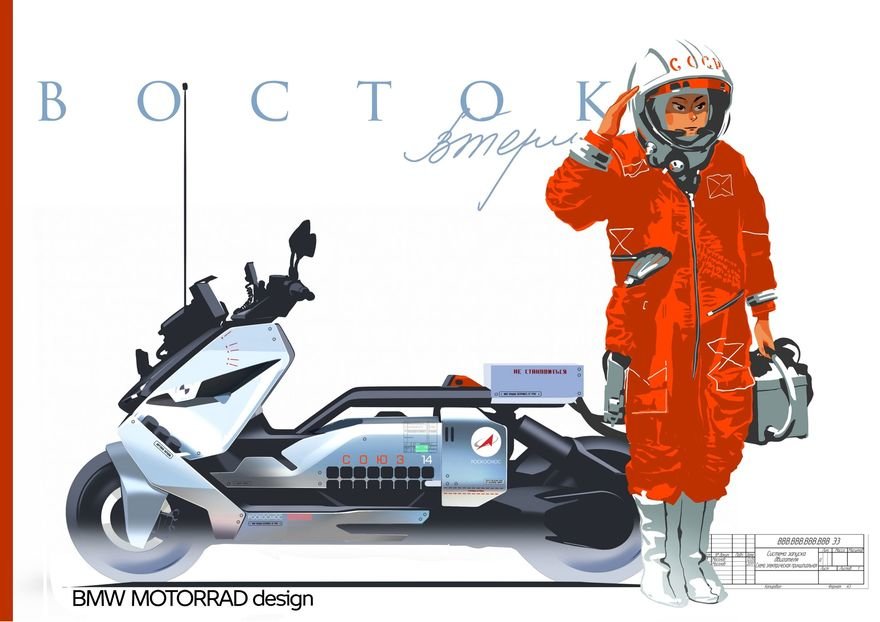 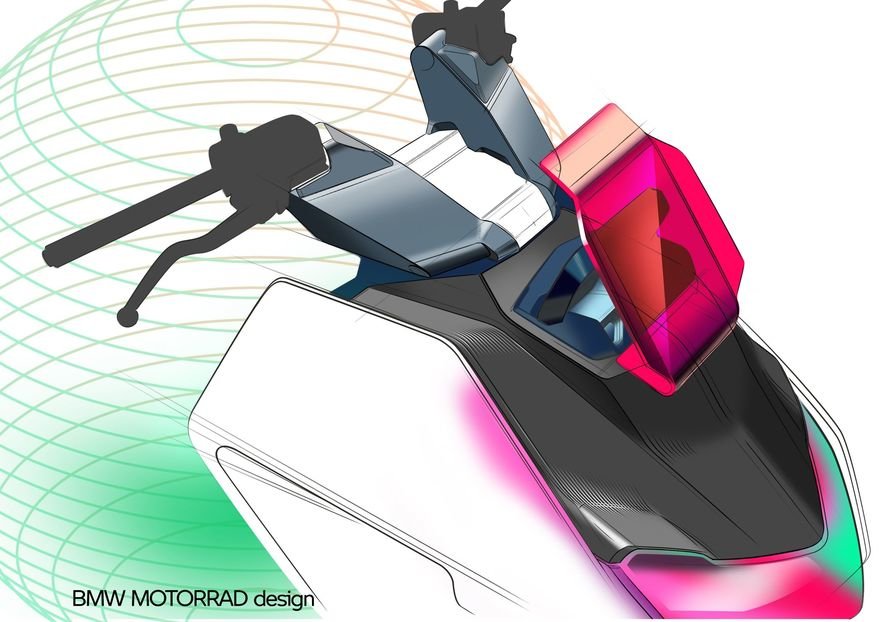 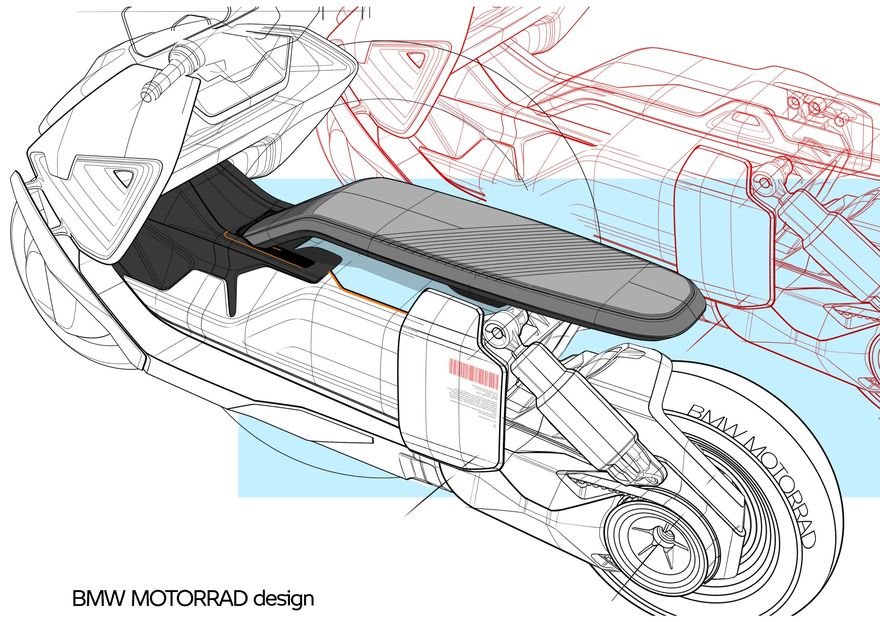