Toyota has filed a patent for an "autonomous fueling drone," a wheeled vehicle loaded up with spare gasoline or a battery charger. The idea is that you're on the road, far from a gas/charging station, and need a re-up. You contact a dispatcher, who communicates current prices to you based on fuel cost and distance. If you're down to pay, the drone is dispatched to rendezvous with you, automatically "couple with [your] vehicle" and top you off, whether your vehicle runs on electric or gas. 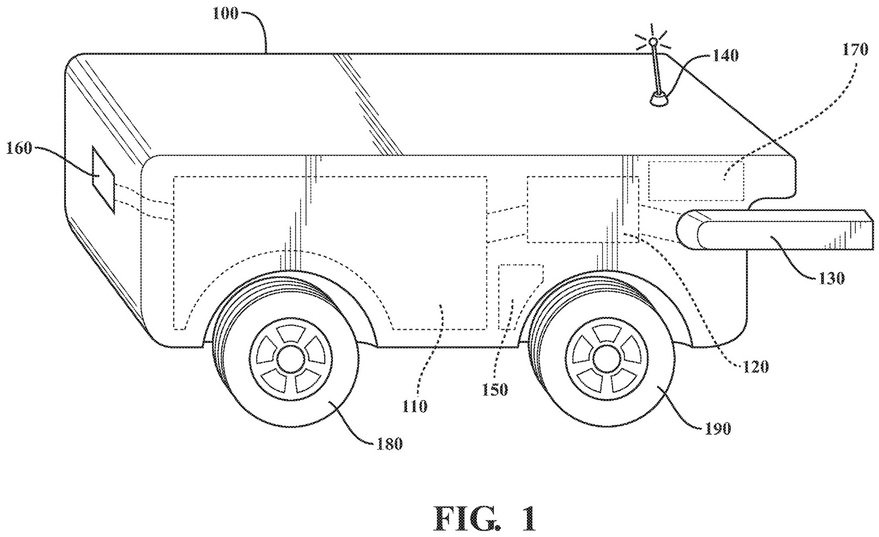 The patent even mentions how the drone could maximize sales:

"After the drone has refueled the vehicle, the drone may return to a refilling station. If the drone still has fuel, the drone and/or the dispatcher may send an advertisement to vehicles in the area. The advertisement may advertise the amount of fuel available and/or the cost of the fuel. The drone may gain efficiencies in fuel economy by unloading as much fuel as possible by selling to additional vehicles, rather than carrying the fuel back to a refilling station."

The patent doesn't mention if this would happen while you're in motion, or pulled over by the side of the road. But either way, it's an interesting concept--and if these were scattered across the country, like if every gas or charging station owned a fleet of these, it might go some way towards reducing the range anxiety of electric car owners.

And if a fleet of these were owned by highway rest stops, I'd imagine these could bring you some McDonald's or Starbucks along with your top-off.