When you want convenience, but don't have the resources

Germany is a design powerhouse today, so it's weird to think that just 30-something years ago, the country was bifurcated, and that the eastern half was living under communist austerity.

You can't kill a history of design just by ripping a country in half, so East Germany, a/k/a the German Democratic Republic, still had designers with good instincts and an awareness of UX; they just didn't have a lot of resources. My scout came across this quaint example in the online Plug Socket Museum, a Holland-hosted website: 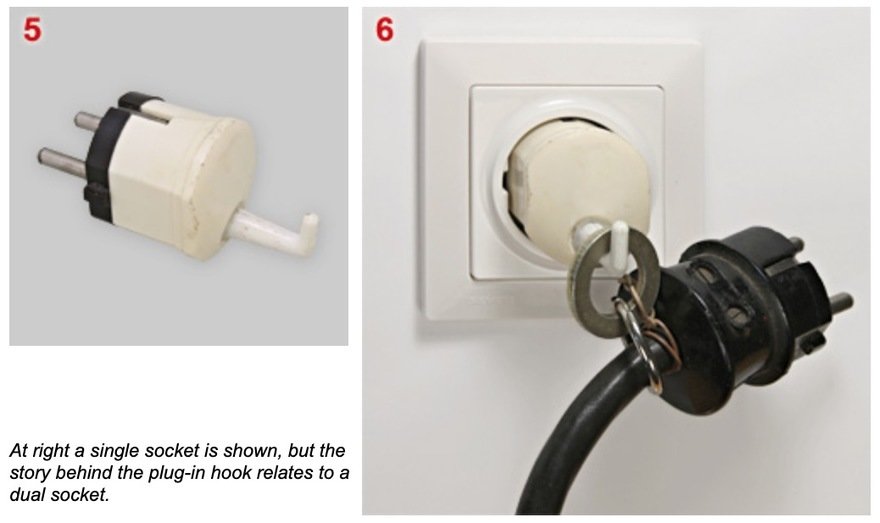 So what's going on here? According to the site:

"According to strict DDR [German Democratic Republic] regulations, newly built homes had bathrooms with one, dual socket. One outlet for the washing machine, the other for the centrifuge. If you wanted to use an outlet for other purposes (shaver, hair dryer etc.) you had to take out one of the plugs. Inevitably plug and cord fell on the ground, usually out of reach behind the washing machine.

"The plug-in hook was designed to avoid these daily irritations. Cords of washing machine and centrifuge had a ring, close to the plug. Cords of machines not in use were attached to hook and were always within reach, while the other outlet was available for other purposes.

"Many thanks to Peter W. Martin for plug and background story." 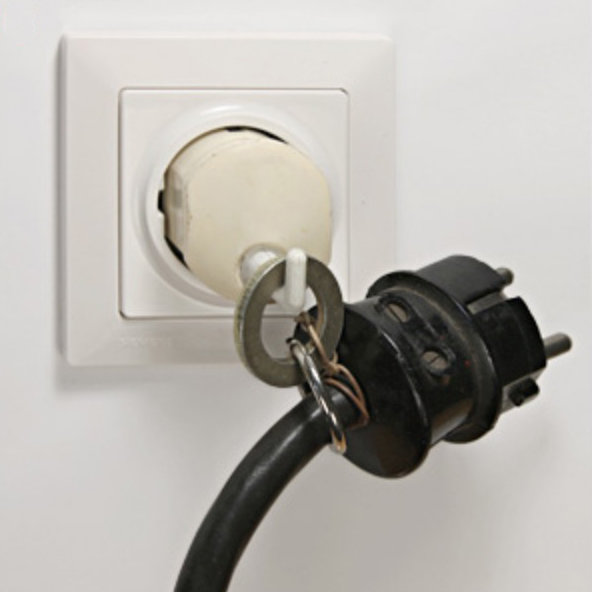