The FloaX is intended to mitigate flooding and prevent mosquito breeding

The FloaX concept, designed in Taiwan by Yu-Chun Chang & Joseph Kah-Rong Wong, is intended to protect against both problems. The solution consists of a buoyant basin captured in a channel below the drain cover. This basin--the designers, for whom English is presumably a second language, refer to it as a "valve plank"--has a drain hole and contains a buoyant ball larger than the hole. 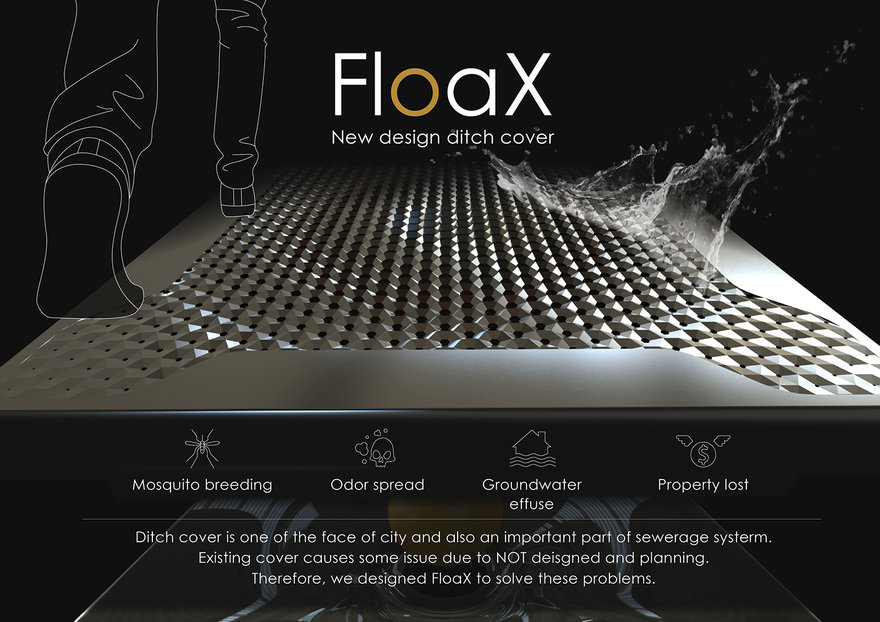 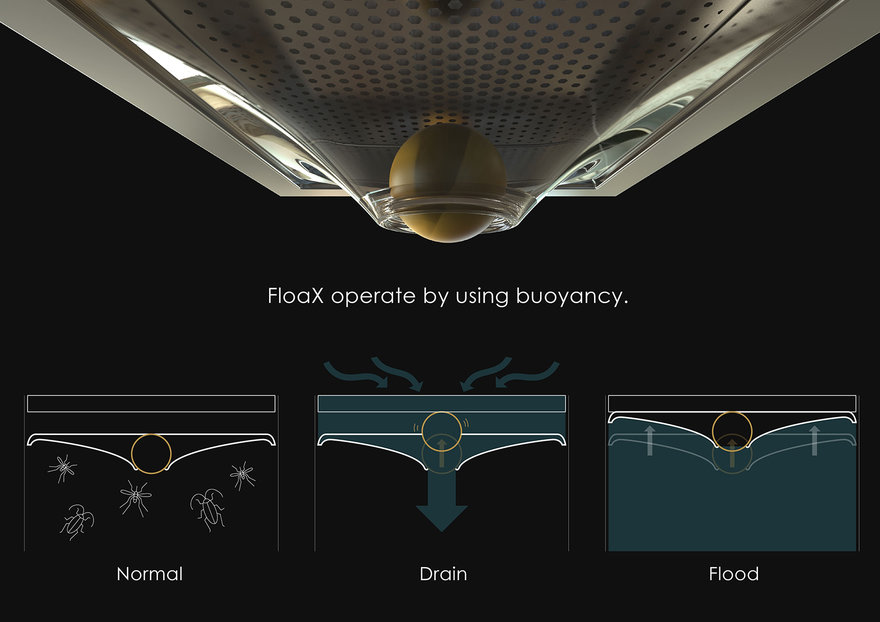 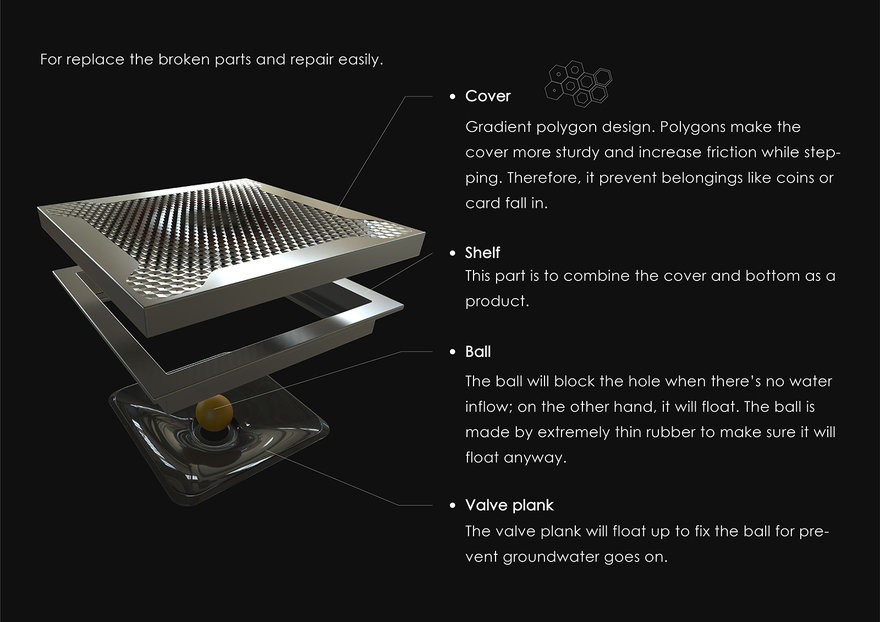 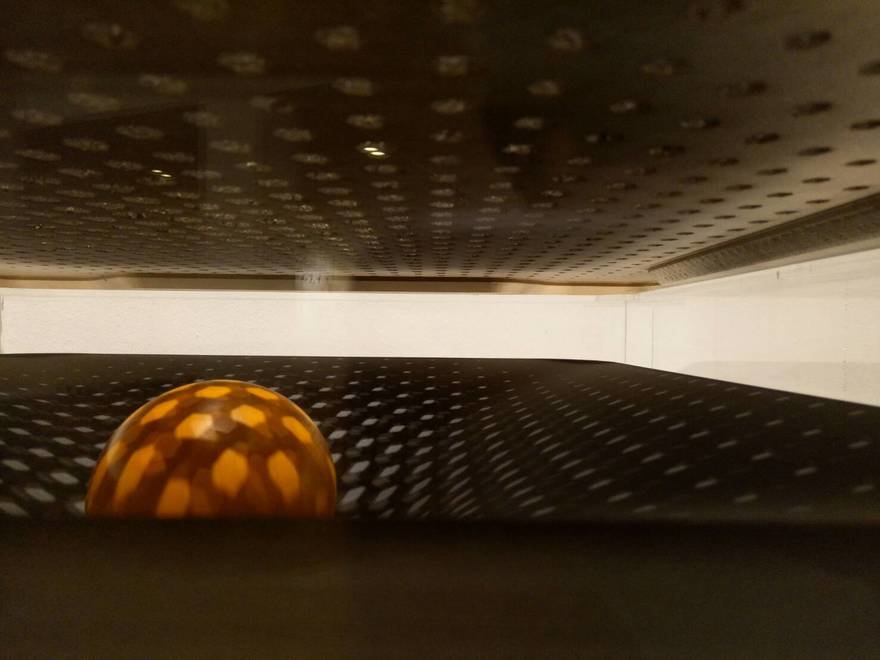 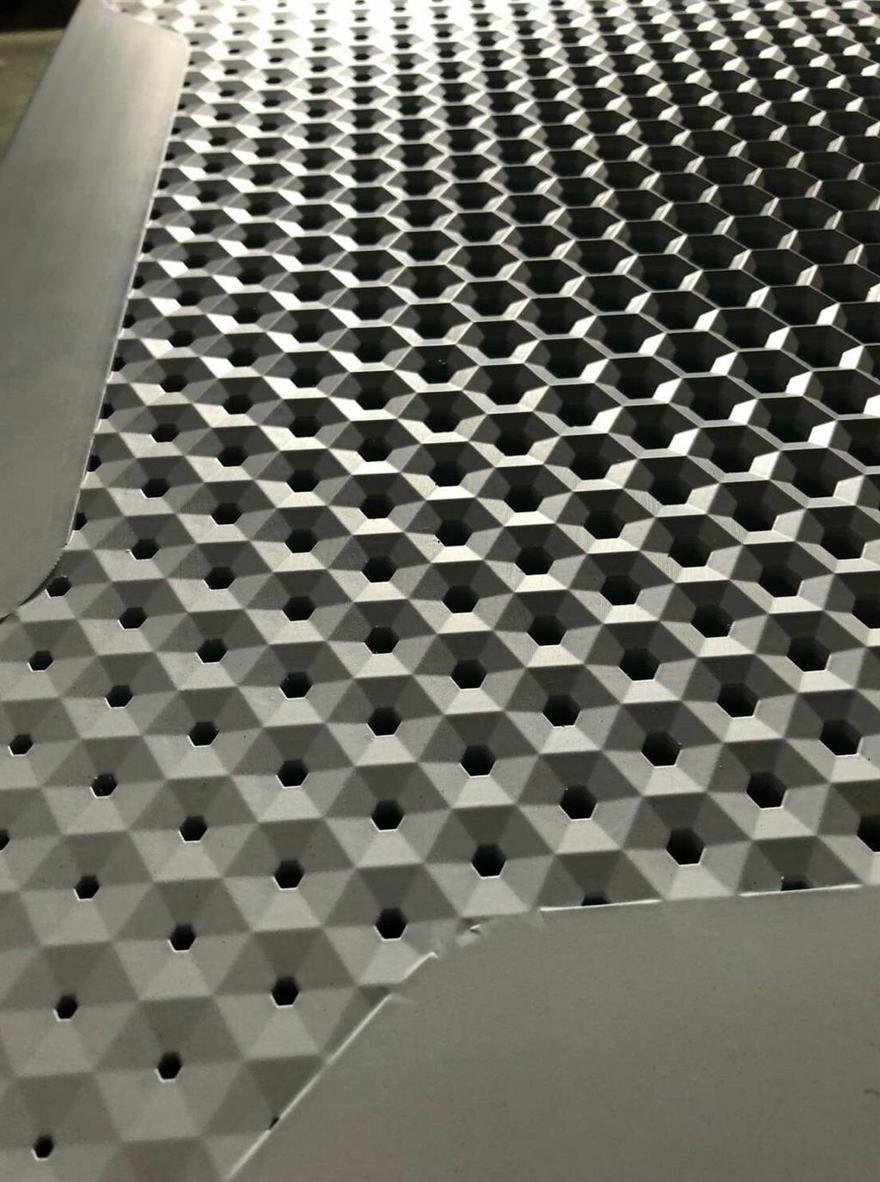 With this arrangement, water running into the storm drain will displace the ball but not the floating basin:

In the event of flooding from below, the basin itself will rise, plugging itself against the drain cover:

While the FloaX concept wouldn't work for cases of extreme flooding--click here for a GIF of that disgusting scene in Parasite, if you haven't eaten lunch yet--it ought mitigate minor flooding, and provide one less access point for mosquitoes.