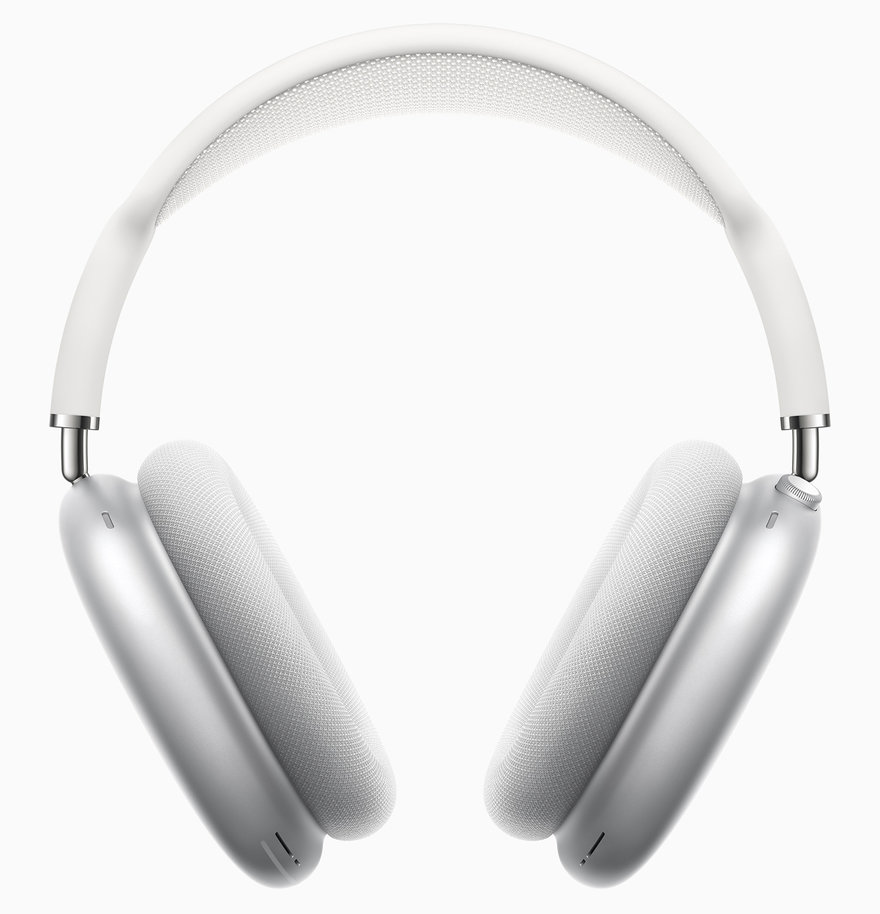 From a design standpoint, there are plenty of visual cues that this is an Apple product: The earcups are anodized aluminum; 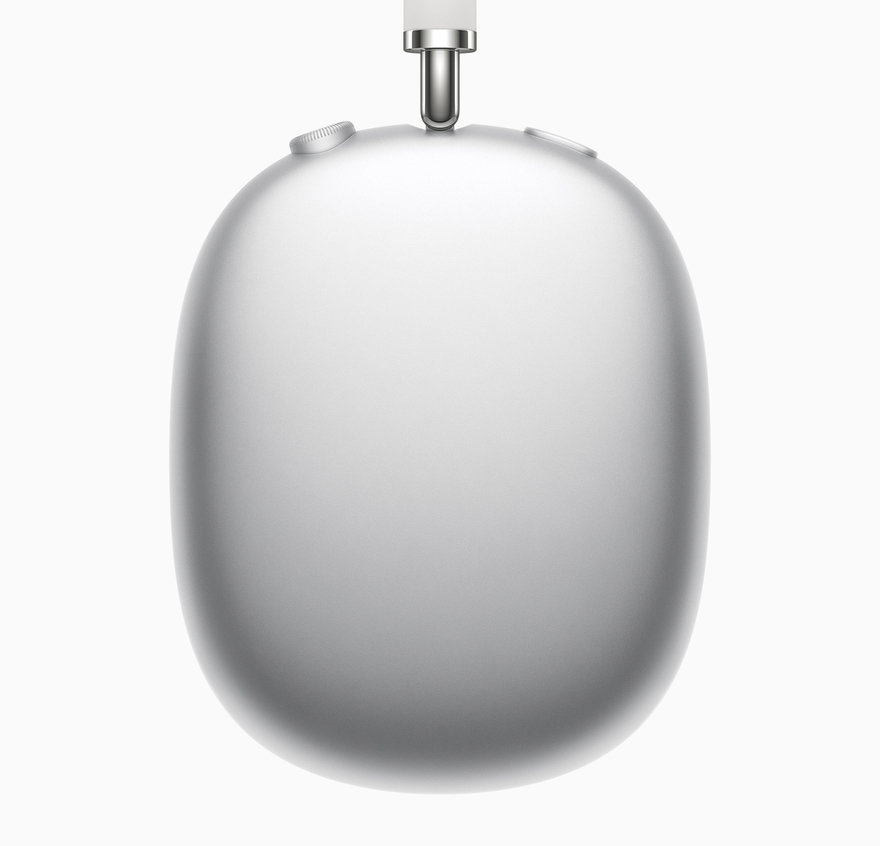 parts of the form recall the Apple Watch; 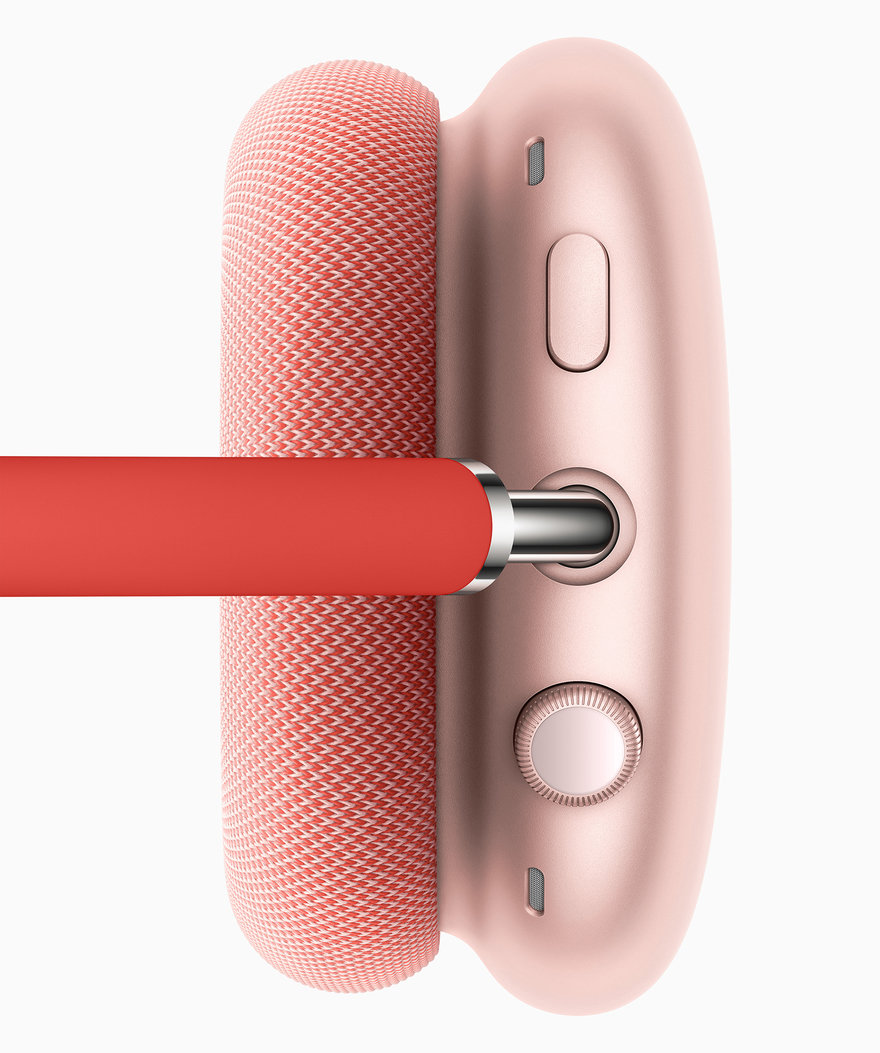 the shiny arms of the headband recall the monitor support arm on the old dome-base iMac G4; 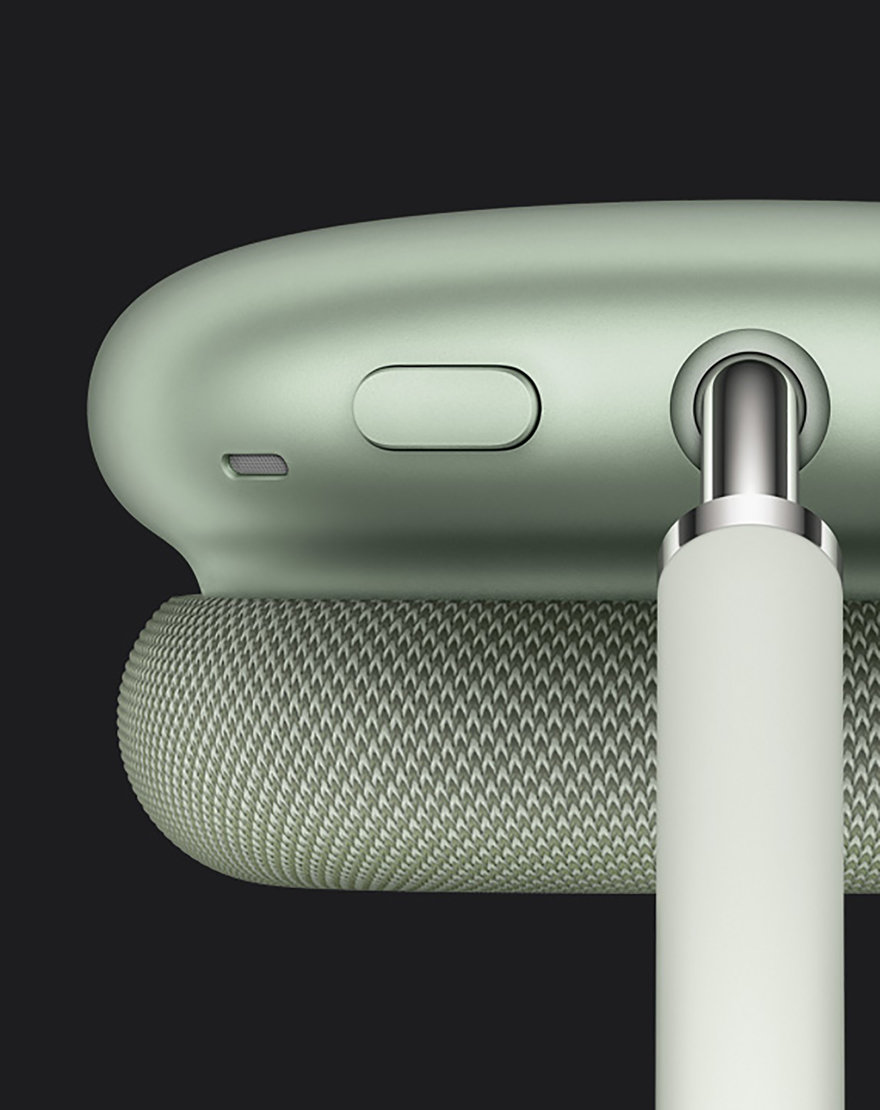 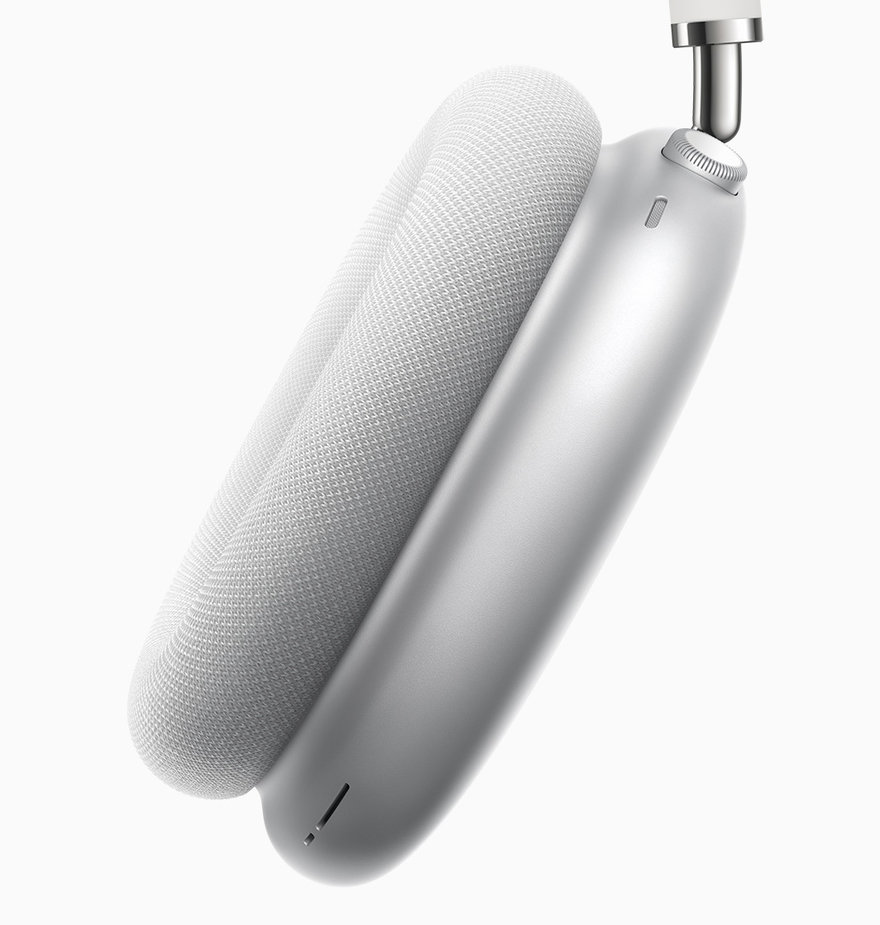 and it comes in five colors.

One design detail that recalls an external product--Herman Miller's Aeron chair--is the headband. "The canopy spanning the headband is made from a breathable knit mesh," Apple says, "distributing weight to reduce on-head pressure." 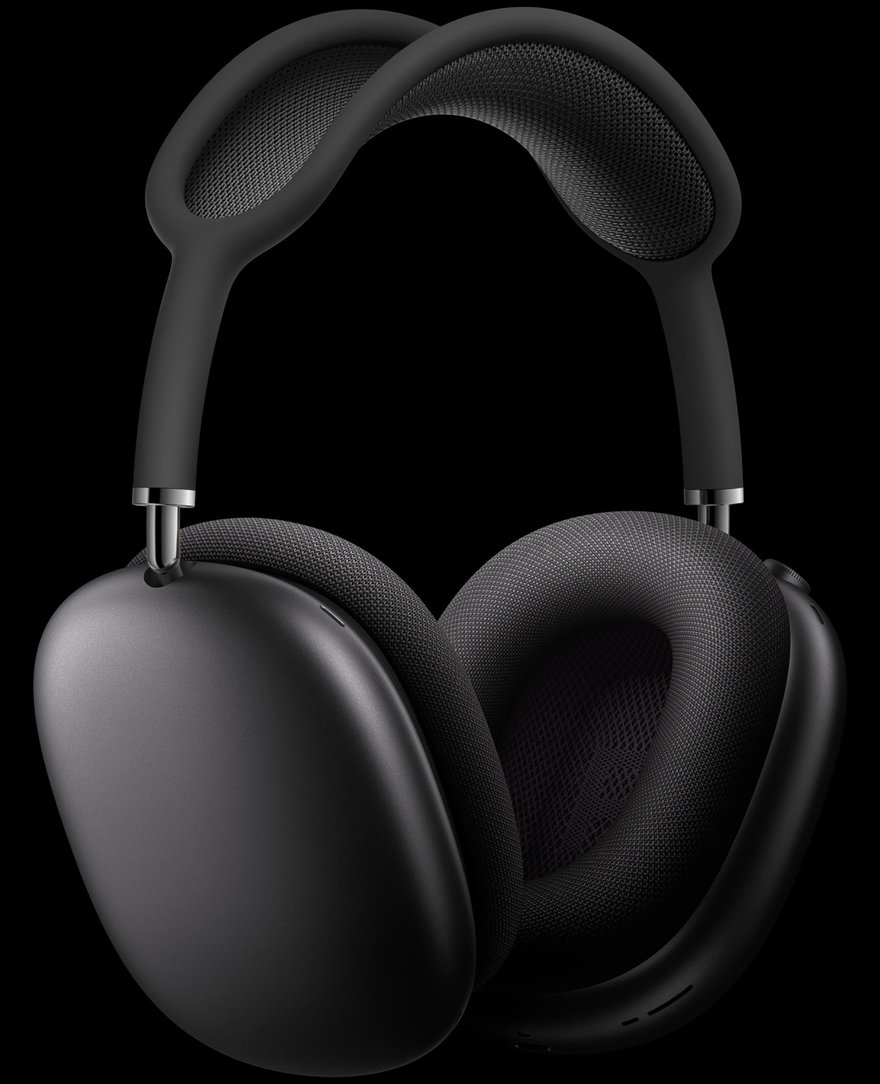 The digital crown from the Apple Watch has been borrowed, here serving as a volume knob that also lets you skip tracks, answer the phone or summon Siri. It's not clear what combination of taps or presses invokes the latter three functions, but hopefully Apple has gotten around the problem with these types of buttons, where they can tend to rotate undesirably as you press them. 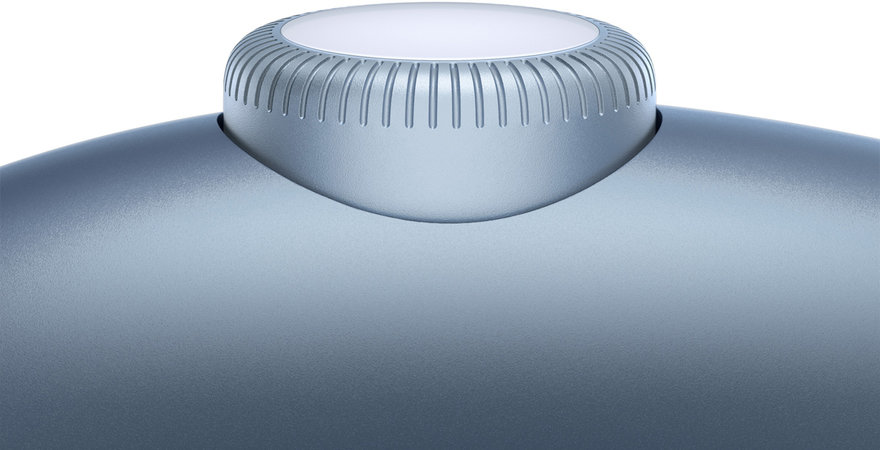 One cute trick not depicted in the photos is that when the headphones are on your head, they automatically pause playback if you lift an earcup off of your ear. Playback resumes when the earbud is allowed to spring back over your ear. 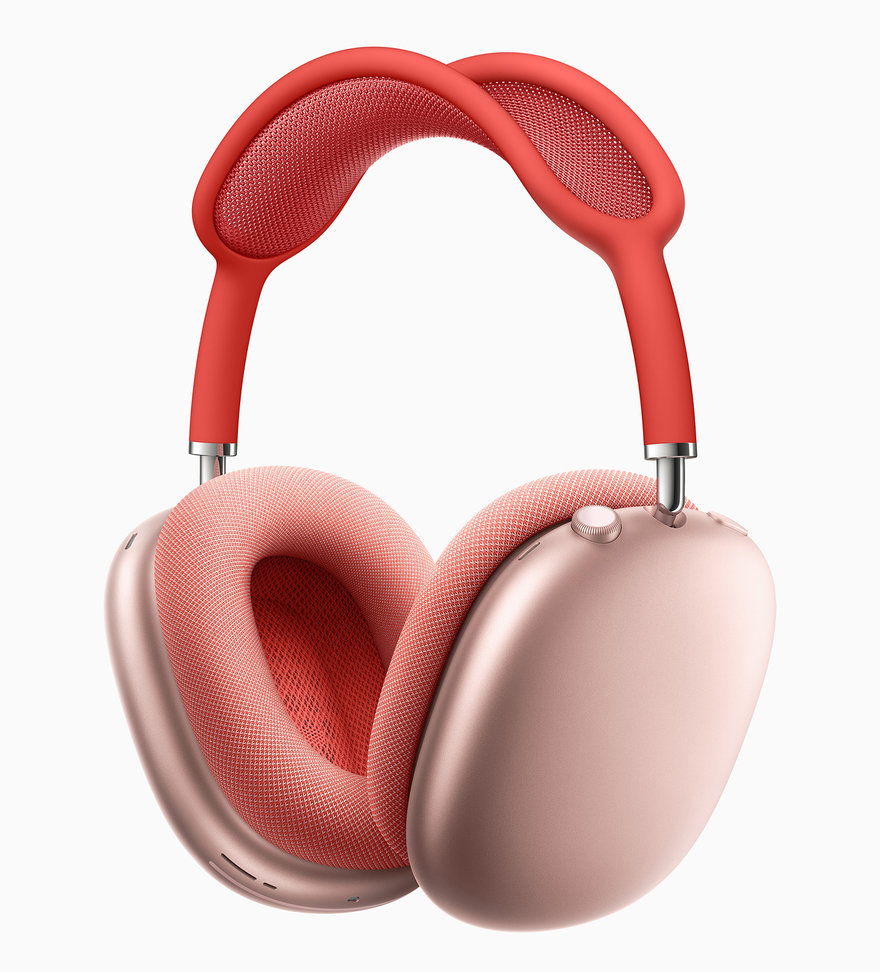 Some minor gripes: The headphones don't break down any smaller for transport, and the purse-like case seems like an afterthought. The case encloses the earcups but not the mesh headband, which I'd want to protect if this thing was knocking around in a bag with other stuff. 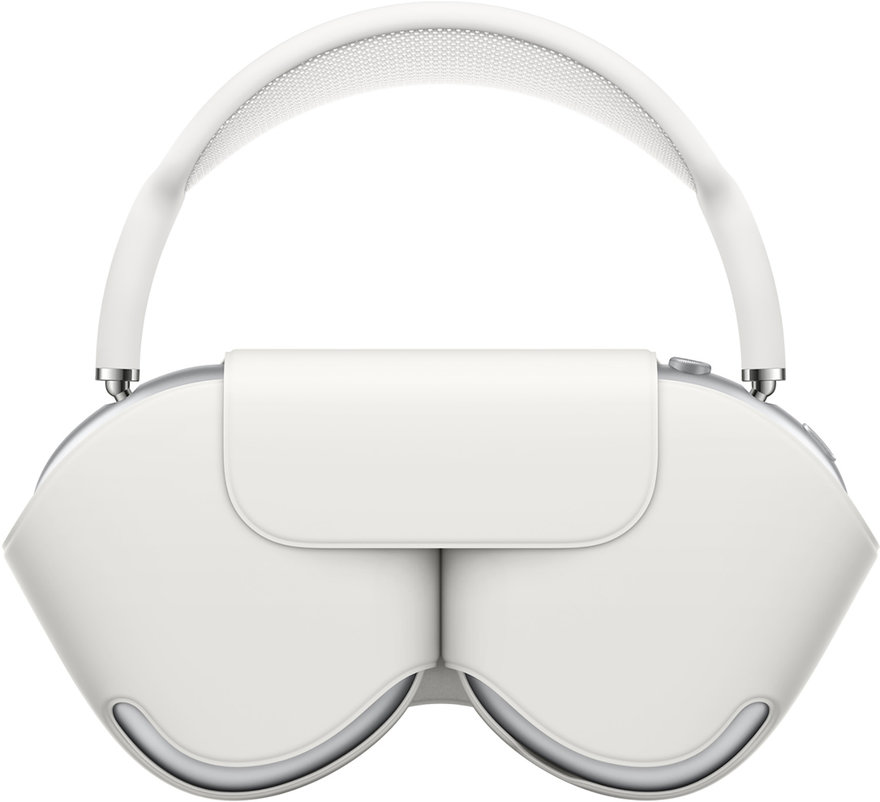 Lastly, I'd prefer a more obvious left/right indicator than the digital crown or the cutesy knitted "L" and "R" inside the earcups. But I know, I know, minimalism is all the rage these days. 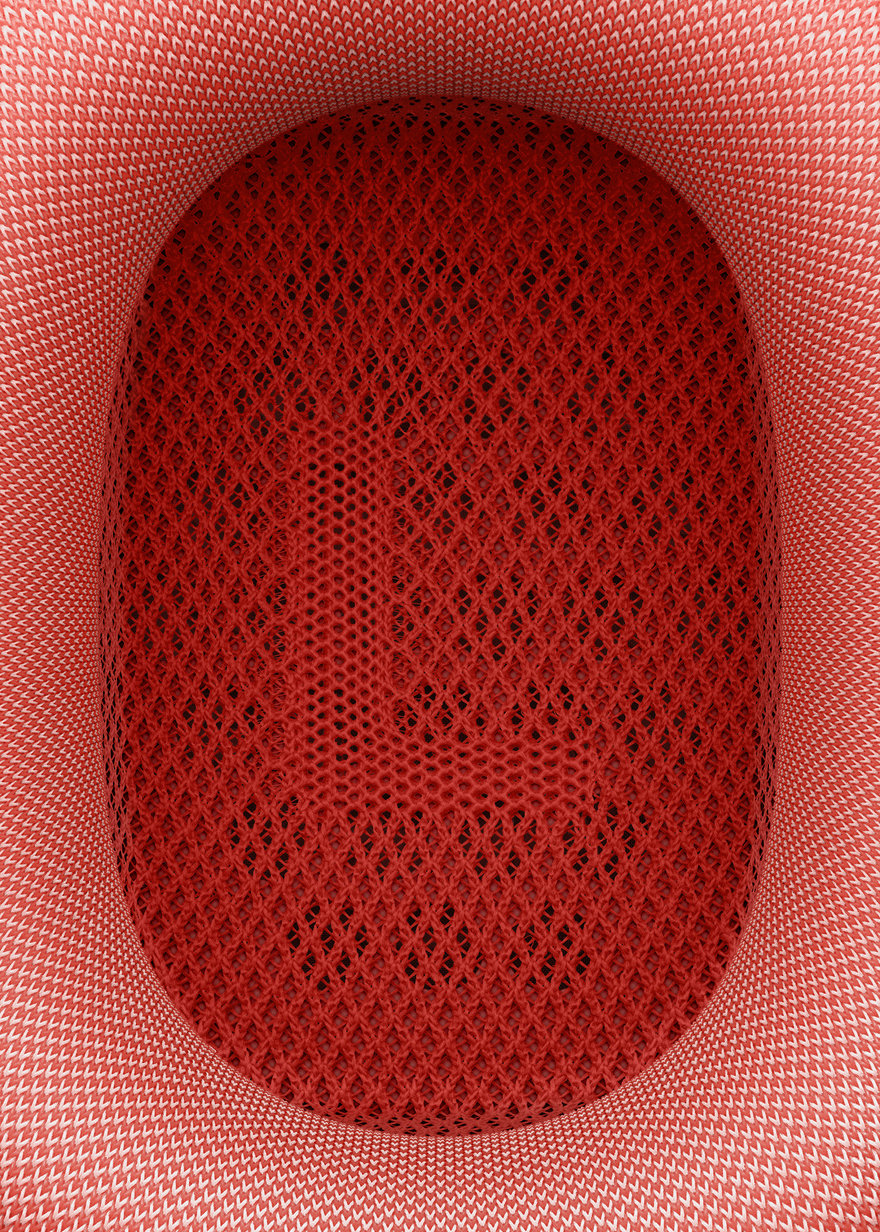 For those who can swallow the steep price tag and/or tend to give generously during the holidays, the Airpods Max will be available one week from today, on December 15th.