Not your average visual test

Below are examples of 50 different written languages. Unless you're Indiana Jones, I doubt you'll recognize more than a handful.

However, of these 50 scripts, five of them are contrived 20th Century creations. Two of them are shorthand-style phonetic alphabets designed for English; one of them is an ideographic writing system designed for international use, independent of any specific language; one of them was created for a sci-fi series, and one for a fantasy movie. Can you tell which are the five outliers? 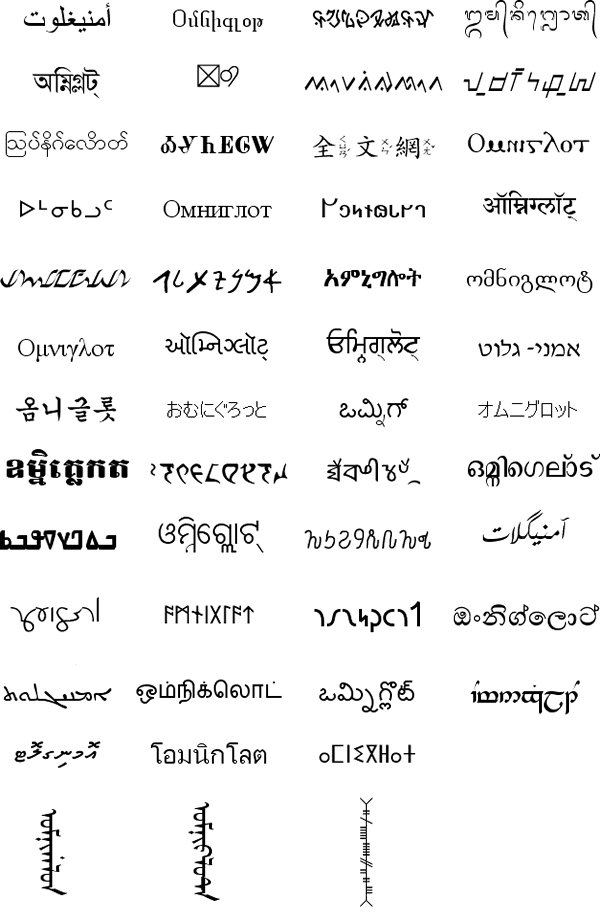 Okay, here are the same languages with their names, which ought to help: 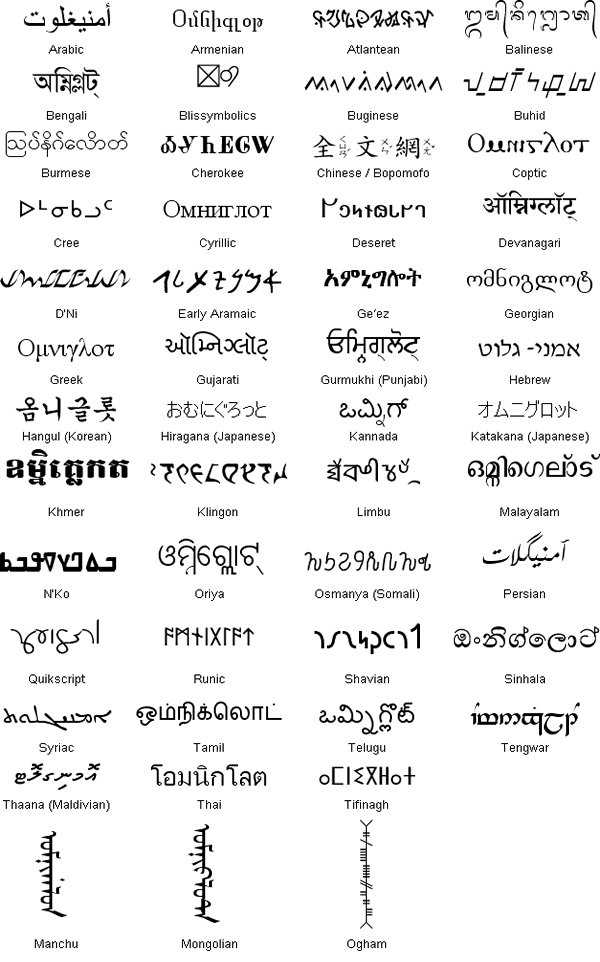 Although based on ancient writing systems, Atlantean was created in 1996 by linguist Marc Okrand for the Disney movie "Atlantis: The Lost Empire."

Blissymbolics was invented in 1949 by semiotician Charles K. Bliss, who hoped his ideographic system would be used internationally, as a way for those without a common language to communicate.

Both Quikscript and Shavian were essentially the results of a design competition, sponsored--posthumously--by playwright George Bernard Shaw, who laid out the terms in his will. Shaw wanted someone to create an ideal phonetic alphabet for English that trumped Pitman shorthand. British designer Ronald Kingsley Read, a finalist in the 1960s competition, designed both Quikscript and Shavian, the latter being named in Shaw's honor.

The Klingon script was designed by Okrand in the 1980s for the "Star Trek" films. It is presumably what landed him the Atlantean gig.