Starting with this simple sketch, which features a plane unfolding at different points to reveal increasingly larger images… 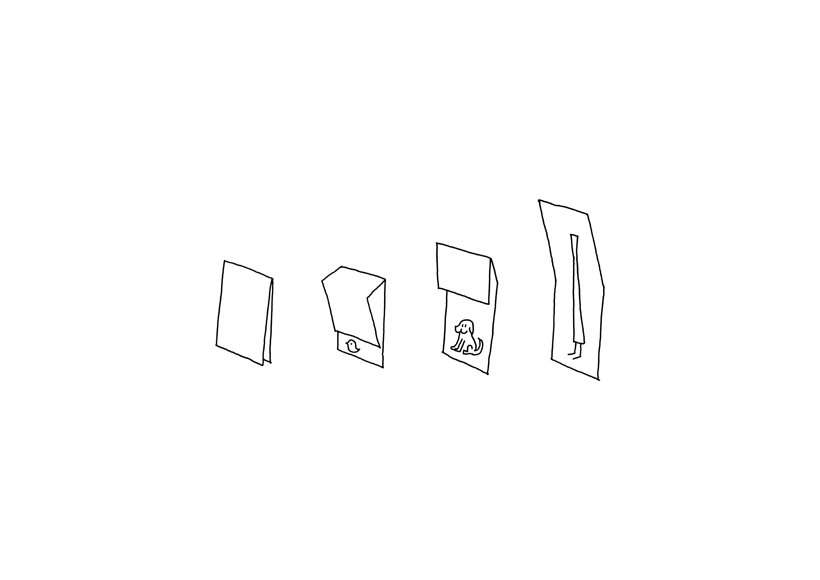 …Nendo has developed a strange "Slide-Phone" concept for a smartphone that hinges at multiple points, revealing different parts of its screen. The device starts off the size of a credit card: 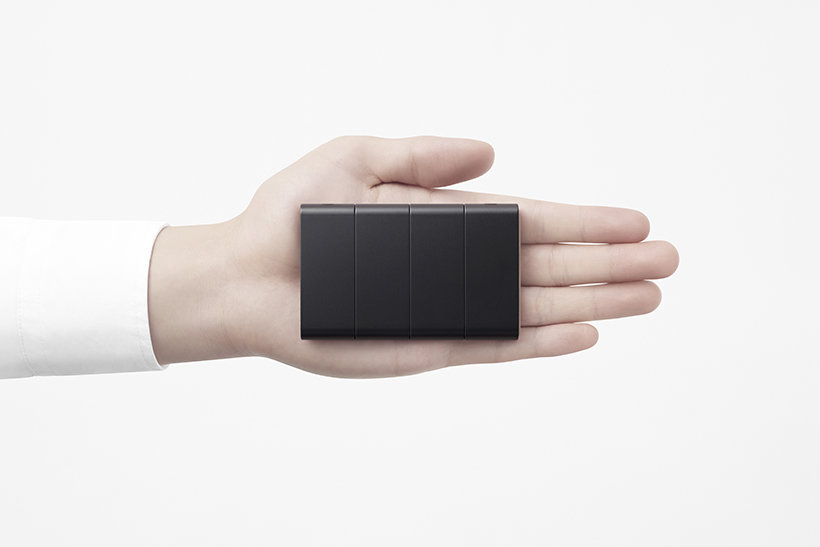 "Like an inchworm, the phone makes use of its multiple joints to in effect slide sideways, and can be transformed only by the user's one thumb operation. Sliding one fold up exposes 40 mm of the screen with various functions, such as the time, call history, notifications, and even the music player interface, all available on the limited area. 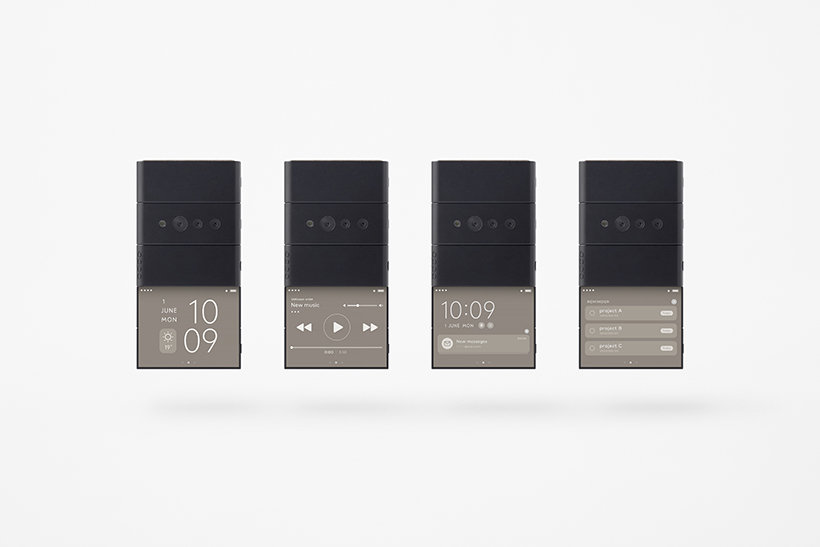 "Next, sliding the second fold reveals 80 mm of the screen as well as the camera, which the user might notice has simultaneously moved to the top of the device. This is a fitting configuration for taking selfies or video calls and other functions linking the screen with the front-facing camera. 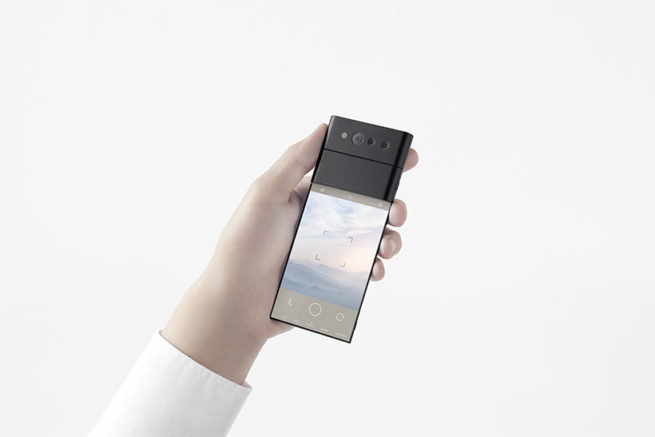 "Unfolding the entire phone unveils a 7-inch screen with a unique, slender proportion. In addition to playing videos with an operable side panel, the user may also enjoy the phone as a controller in game mode with panels on either side, in multitask mode with numerous apps displayed in a row, and panoramic photography mode in full screen. 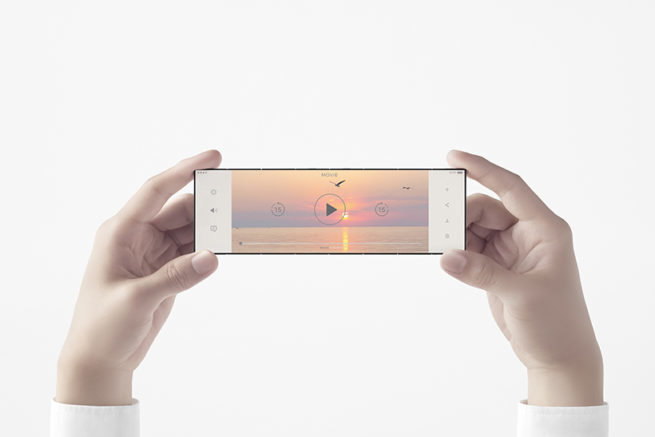 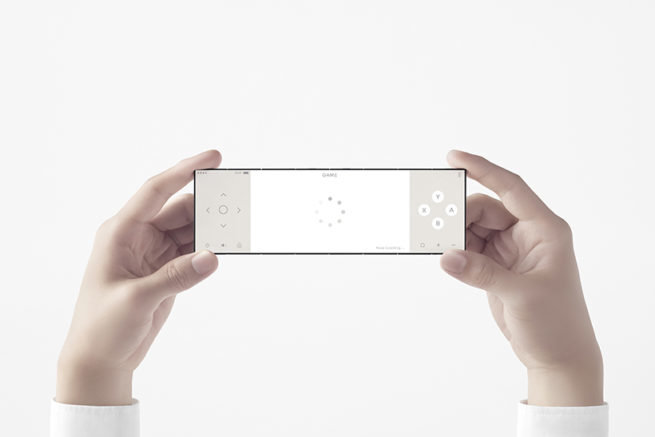 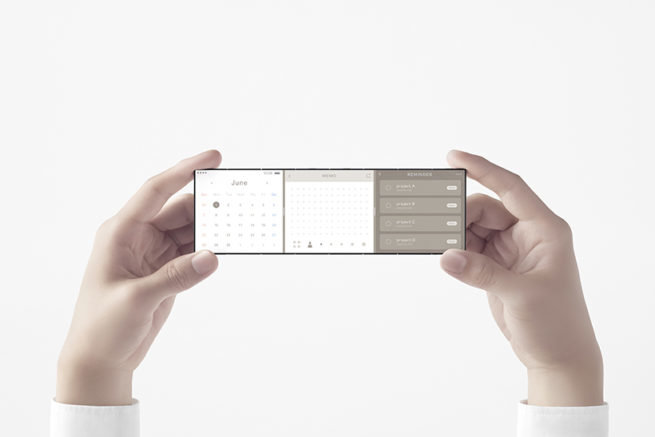 "The hinges are covered with suede leather to prevent the impression that, for having three hinges, the phone is an inorganic, rigid contrivance. The rest of the phone is colored in calming tones selected for their compatibility with this leather. 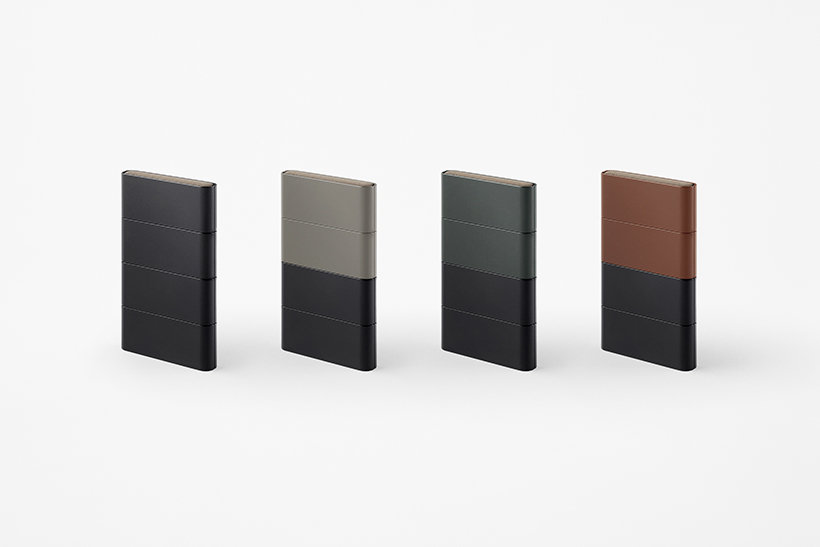 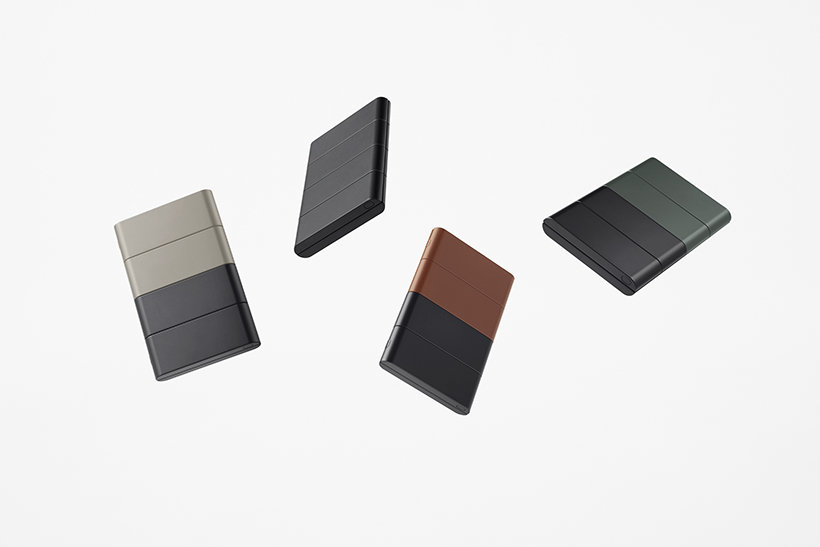 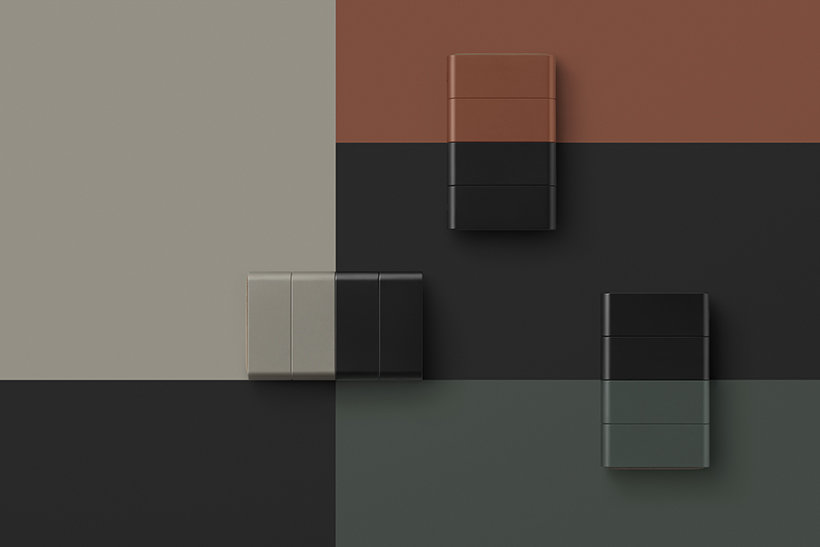 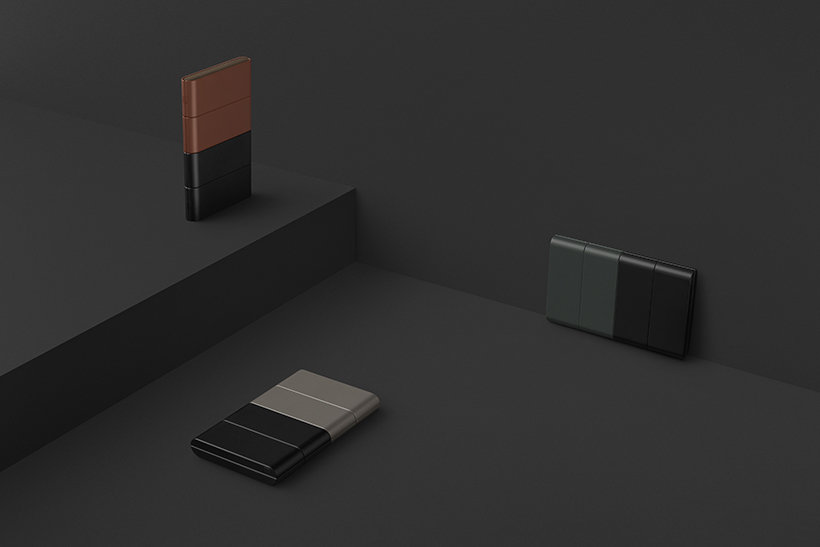 "Lastly, the wireless charger stand is angled to match the hinged state of the phone so as to have an integrated appearance while charging. 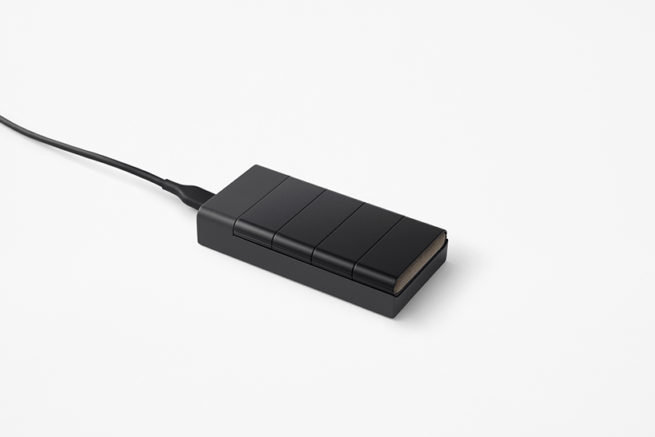 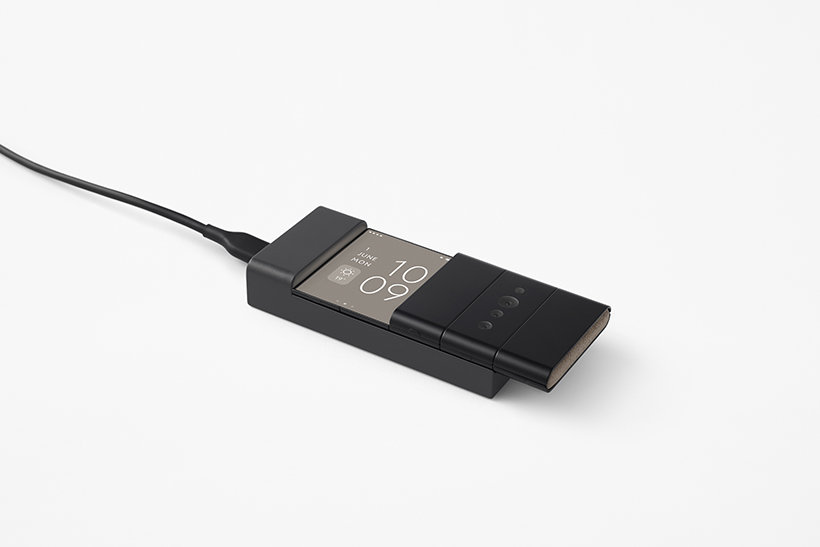 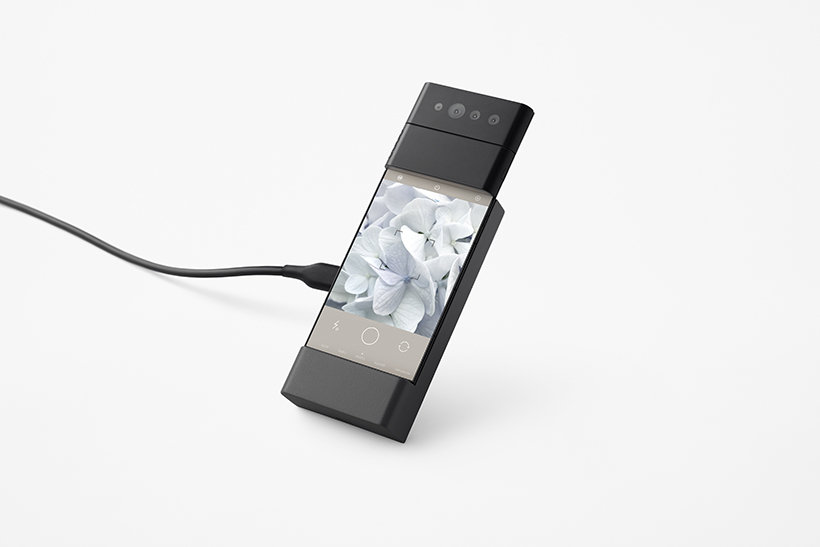 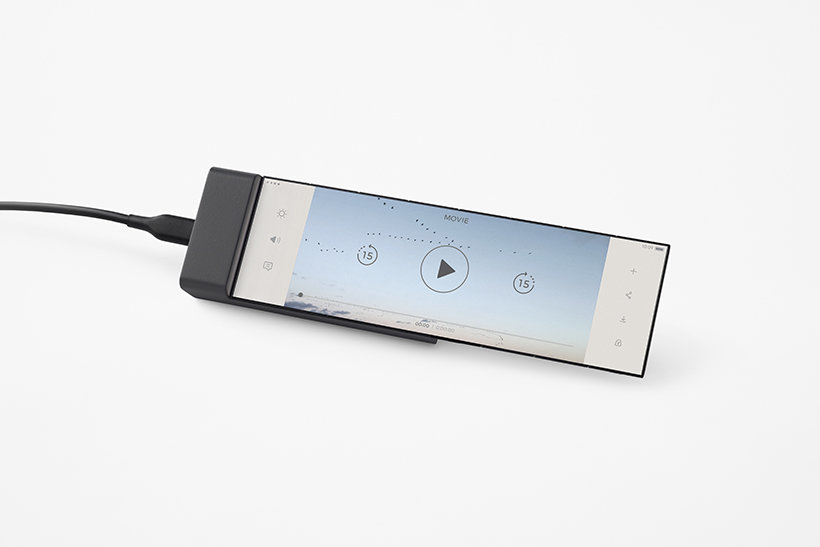 "The design opens up new possibilities for smartphones, for their use not only while fully folded or opened but while partially unfolded or while bent." 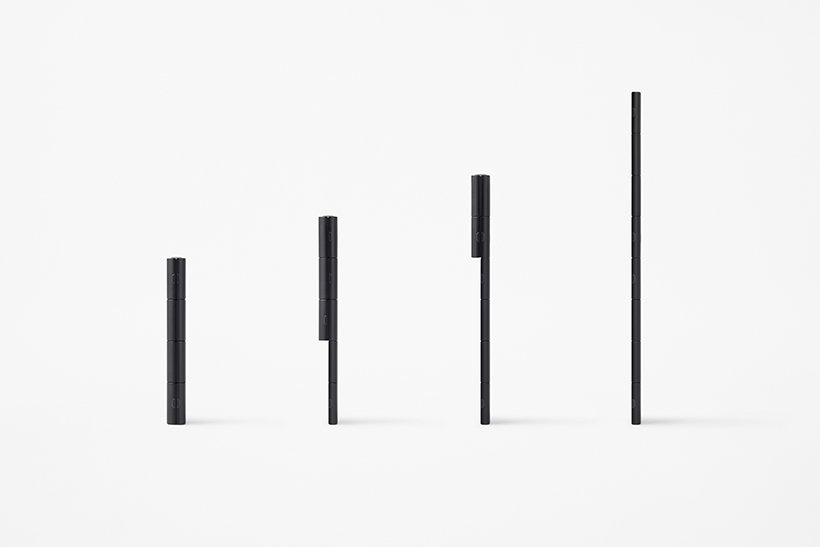 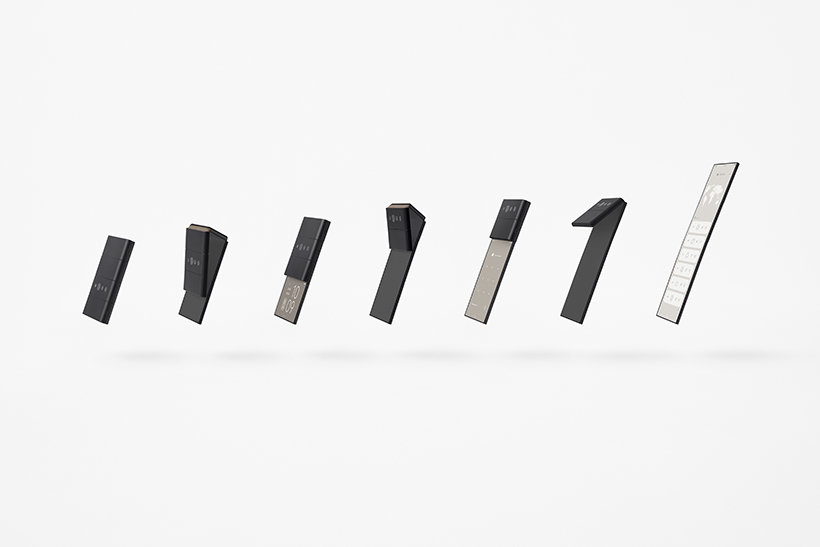