From pineapple leather to AI-enabled birdhouses, these are the projects that caught our attention in 2020.

"Are people still going to support Kickstarter campaigns in 2020?" In a year when everything was on pause—or just falling apart—this was the constant question we received from creators, the press, and even that we asked ourselves. But the answer was "yes!" In fact, backers pledged more money ($753 million) to Kickstarter campaigns in 2020 than any year on record—and about 40 percent of it went to creators launching projects in our Design and Tech categories. But beyond these impressive numbers, we're humbled by the opportunity to help bring so many fascinating projects to life. Repeat creators like Peak and Looking Glass launched innovative new products. From Slovenia, where we officially opened in October, unique designs like Bird Buddy and Zen Egg introduced a new community of creators to Kickstarter backers. This fall, we received Cooper Hewitt's National Design Award for Design Visionary, also teaming up with the Smithsonian Design Museum's store to curate a collection of a few of our favorite products that got their start on Kickstarter.

The pandemic may have had a hand in shaping several of this year's most popular categories or projects (we've never seen so many unique takes on masks), but it also informed the impact thoughtful design and innovative technology has on our lives. In a year that flew in the face of predictions, these were some of the top trends. 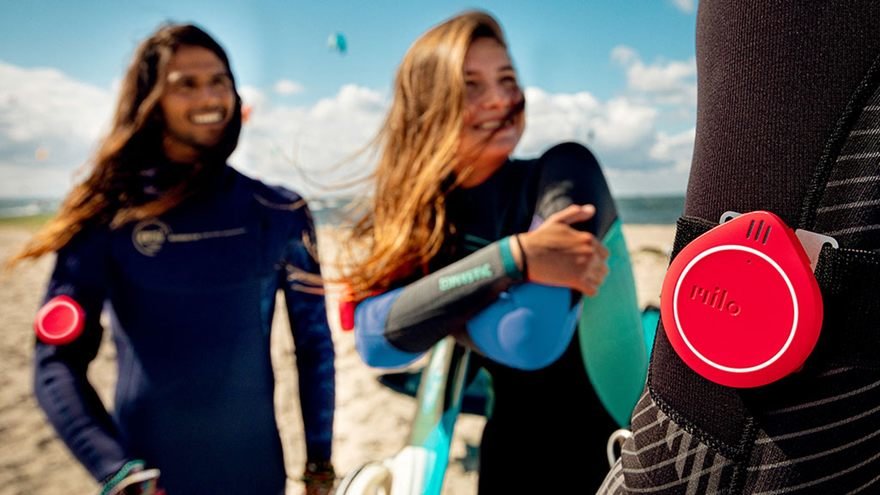 Dreaming of outdoor adventure (while stuck inside)

With much of the world under lockdown or quarantine, outdoor adventures were top of mind for many of us—even if they were mostly aspirational for the time being.

The Origami Paddler had kayakers and paddleboarders dreaming of quickly unfolding this hardshell board and getting on the water.

Milo promised an update on the classic walkie talkie, letting you create a local network to communicate hands-free with your buddies while surfing, skiing, or biking. Given all that 2020 has thrown at us, it doesn't hurt that it's useful in emergencies that disrupt cell phone service, as well.

There was also a new appreciation for the great outdoors (and leaving our homes in general). The "space architects'' behind Lunark took this farther than most, testing their structure designed for living on the Moon in the inhospitable climate of Arctic Greenland. Keeping things closer to home,

Terraplanter's hydroponic planter offered a way for even those of us with the most wilted green thumbs to imagine a flourishing indoor garden.

What comes after VR?

Since the Oculus Rift launched on Kickstarter in 2016, we've seen VR evolve and capture the imagination of the world (even if most of us still don't use it). Is there room to innovate? We certainly think so. While Quell's motion-tracking wearable is created for fighting through imaginary worlds (while getting a real workout), Cinera brought the (sorely missed) big-screen movie-going experience to an immersive personal display, and Blync imagined home-biking experiences that go beyond spin class, challenging us to cycle through virtual environments from our living rooms.

In their ongoing quest to offer an alternative to cumbersome VR goggles, Looking Glass Factory launched their most accessible holographic display yet, the Looking Glass Portrait (live on Kickstarter through January 14). The standalone device aims to bring a bit of the virtual world to your desktop, displaying volumetric images modeled in 3D software or snapped using your phone's portrait mode. 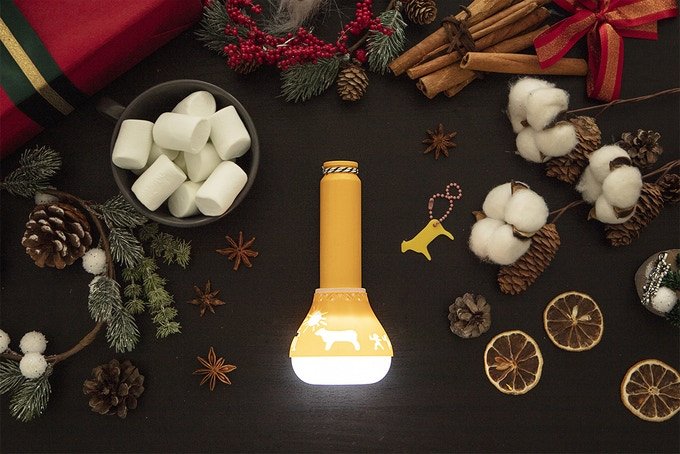 Sustainable energy sources that give back

A light in the darkness, several renewable energy projects that not just illuminate but benefit underserved communities launched in 2020. Solar Milk is a sun-powered charging system for rural off-grid schools in Tanzania, designed to allow kids to re-fuel portable batteries while attending classes. Similarly, Buffalito, a fast-charging power bank, provides enough energy to refill a smartphone battery while working as a light into the wee hours, and is designed to act as a cost-effective way to store and transport electricity, giving millions of rural residents access to portable electricity. Supporting environmentally-friendly energy options, Gomi is a recycled plastic charger powered by batteries repurposed from landfills. And creating a more sustainable backup power alternative for emergencies and off-grid adventures, EcoFlow offers a power station that is efficient, solar-chargeable, and easily transportable without the harmful emissions of standard generators. 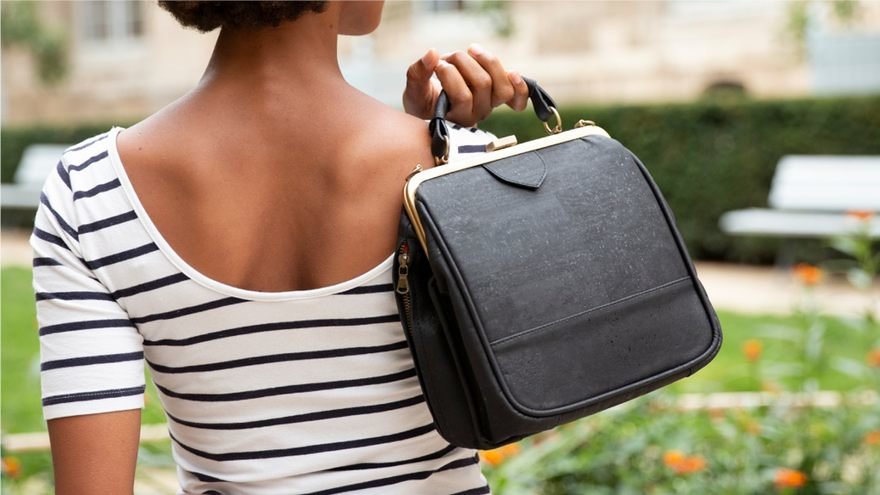 It's no surprise that sustainability was a through-line with many of our creators, and we were thrilled to see innovative takes on waste-efficient, eco-friendly fabrics. These materials include everything from apple-based shoes and dog accessories to cactus leather and bags made from Pinatex, a sustainable textile crafted from pineapple leaves. And on their second launch, LaFlore's Bebebark raised over a million dollars with a cork-leather day-to-night bag with Parisian charm. Seeking to reduce the plastic we waste with our daily take-out coffee habits, the designers behind Unocuptogo conceptualized a durable paper cup with a clever folding lid.

One popular "wonder material" we noticed in abundance was graphene, a Nobel-prize winning substance with superior energy-generating, heating, and insulating properties and revolutionary promise in sustainable and efficient tech, fashion, and product design. Projects that caught our eye included Ora's sleek headphones, which recently fulfilled and utilize nanotechnology to enhance the listening experience, and GEO's thermoregulated pads that emit far-infrared heat intended to soothe endless work-from-home aches and pains.

Projects that focus on efficient use of water also made a splash. Like a mini hydroelectric powerplant, Shower Power's wireless speaker can be powered by your shower. And Nebia's third Kickstarter campaign continued to refine their revolutionary water-saving showerhead design, which uses up to 45 percent less water than conventional models. For this iteration, the independent innovators partnered with the major fixture maker Moen, leveraging its manufacturing and distribution capabilities to get Nebia's technology into more people's homes. This kind of collaboration between environmentally focused startups and large companies with market influence is an interesting strategy that we expect to see more of in years to come as sustainable design becomes more mainstream. 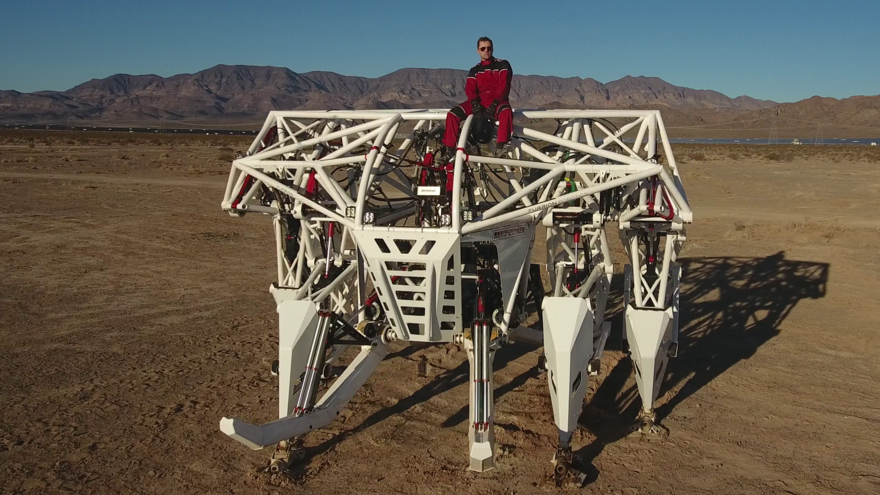 Every year we see inventions that offer new ways of moving through the world. This year's crop includes a couple of novel takes on surfing: the Waydoo efoil, a board that glides above the waves, and Urban Breez, which reinvents windsurfing for city streets. And for anyone who has ever dreamed of climbing into a Gundam mecha or the Power Loader from Aliens, Furrion Exobionic's Alpha Mech Pilot Program offered a chance to be among the first to try their robotic mech suit while stomping through the beautiful forests of British Columbia. But if you need us, we'll be out taking Petoi Bittle, the programmable robot pup, out for a walk. 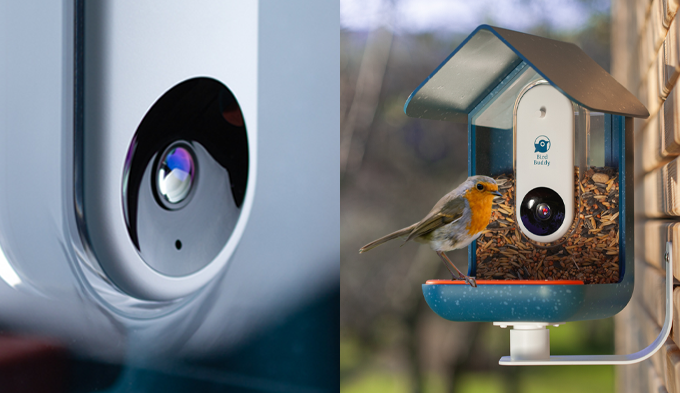 Bird watching is having a moment. It's an opportunity for the homebound among us to connect with nature during lockdowns, and even figures prominently in How to Do Nothing, artist (and Kickstarter creator) Jenny Odell's Obama-approved treatise on thoughtful ways to escape digital distraction. But if your desire to marvel at feathered friends' freedom outstrips your ability to identify them, there are some tech-enhanced solutions for you. Bird Buddy, Birdsy, and Vizy all came to Kickstarter with their own takes on AI-powered wildlife cameras that do more than just take pictures. It's part of a wider trend we're seeing in user-friendly applications of computer vision and advanced image processing.

Arsenal returned to Kickstarter with the second version of their well-regarded photo device, a "camera brain" that uses neural network algorithms to help you take better pictures (even if you aren't exactly sure what every setting on your DSLR does). Toadi aims to bring AI to our backyards with their autonomous lawnmower that uses real-time image processing to navigate the desired mowing area while avoiding a circuit board-frying dip in the pool or run-in with the family dog. Finally, for folks working on applications that could benefit from a set of digital eyes, the OpenCV AI Kit (aka OAK) offers an easy way to get started with computer vision. Based on open-source hardware and software, OAK takes a tech stack that would have been complex to implement and physically unwieldy just a few years ago and shrinks it into a dev board that designers can embed in their CV-enhanced products. We're guessing more than a couple of those will find their way to Kickstarter in years to come. Maybe they'll even spark trends of their own.

Want to see what else is on the horizon? Browse some of our favorite projects.