2020 was a year of social distancing designs, some clever, some silly. Here we'll look at the designs that are wearable or for domestic situations.

This guy in Italy was the first we saw to take a crack at it. We suggested turning this into an ID school assignment.

A Burger King in Germany figured handing out sombrero-sized crowns was the way to go. 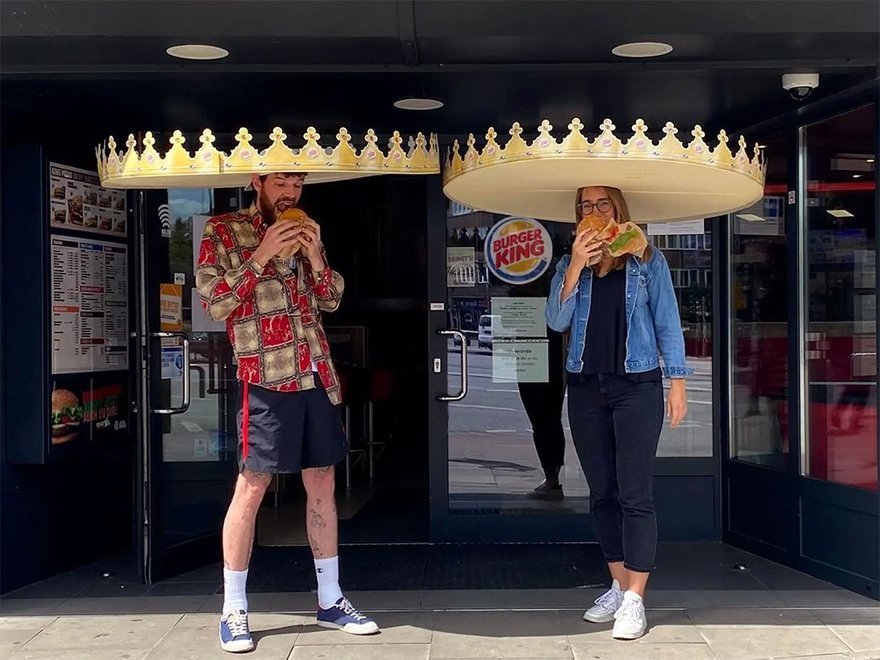 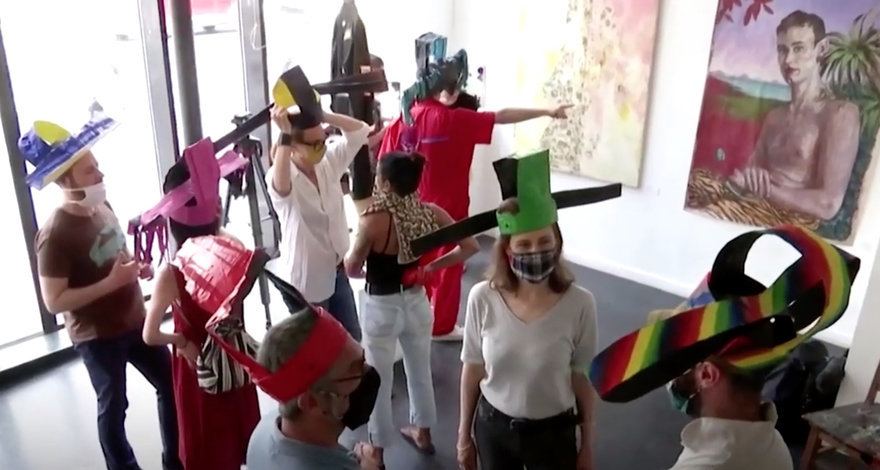 Not quite a hat, and technically more PPE than social distancing design, but a startup called VYZR Technologies decided a gigantic helmet was the way to go. 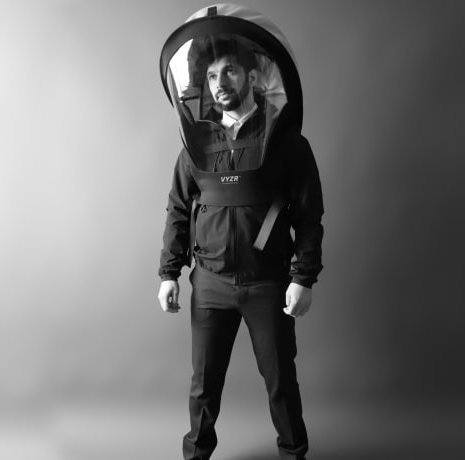 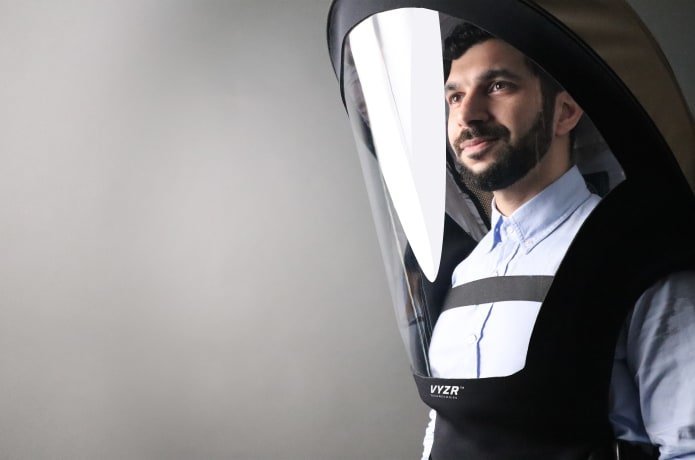 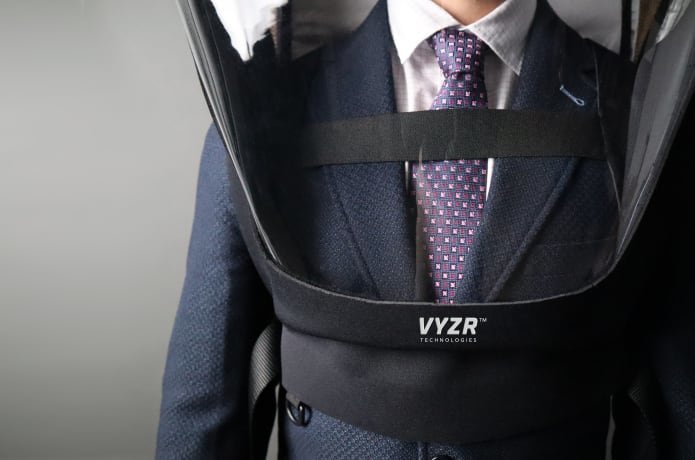 How do you social distance in a nightclub? You can't, so creative consultancy Production Club proposed the Micrashell concept. The personal protective suit would pipe the music (and vape fumes) directly into the helmet. 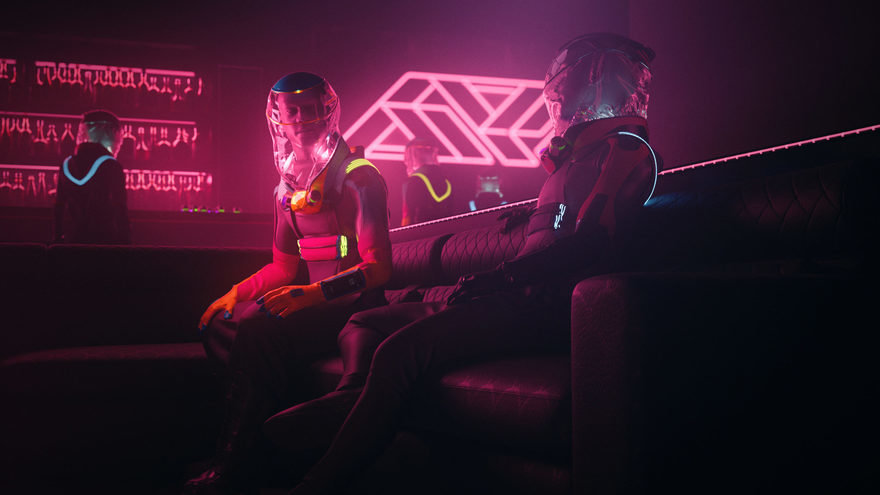 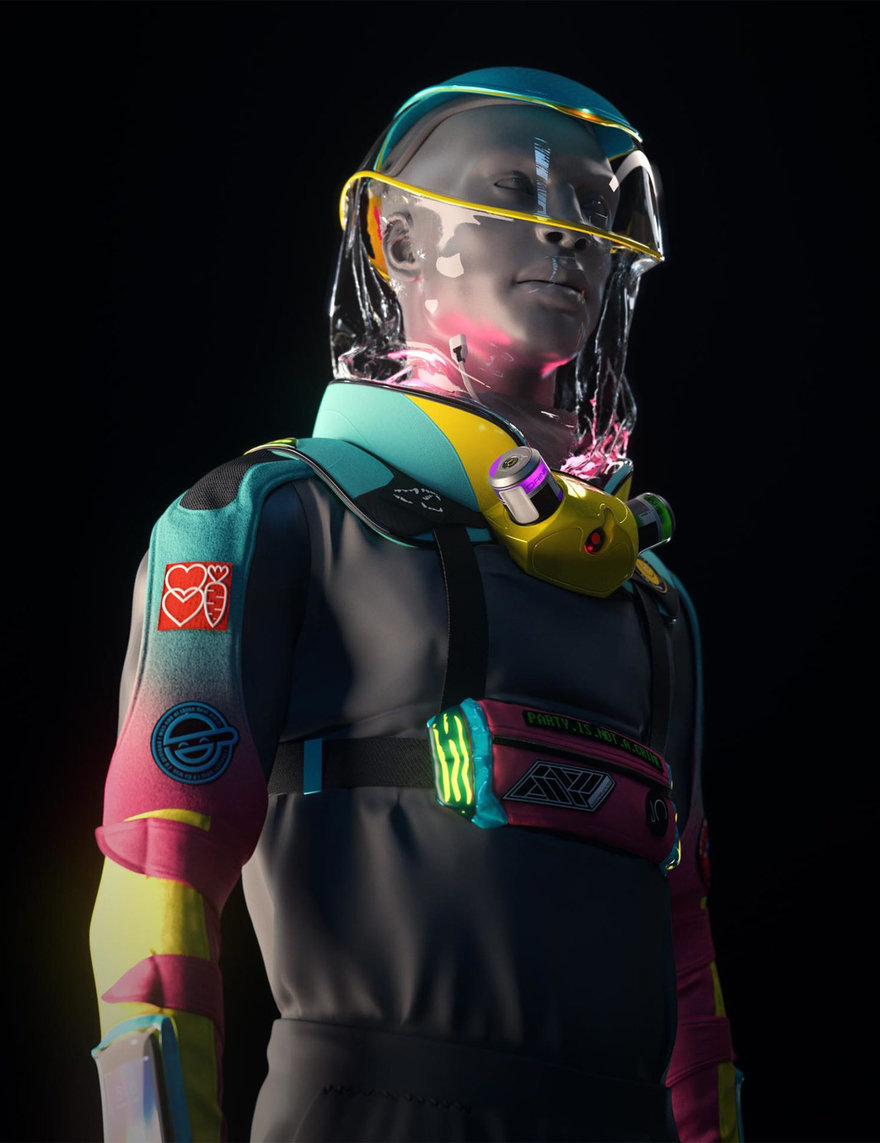 Meanwhile, this guy at a Whole Foods in Maui went overboard (literally) with his own personal protective suit. 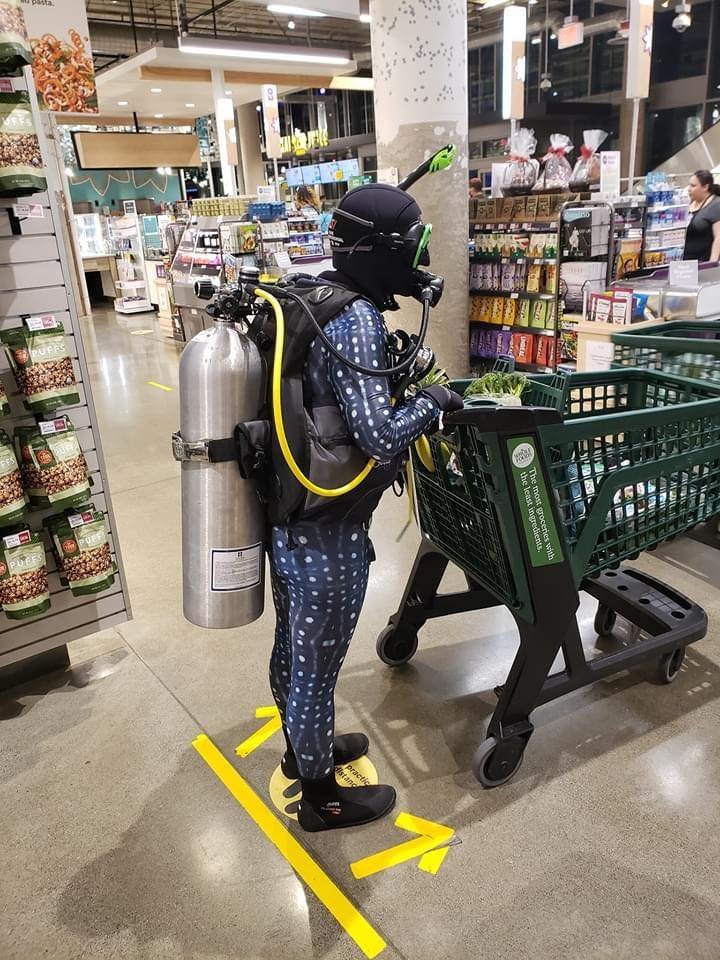 A company called Under the Weather adapted their personal pods for sporting event spectators into a line of wearables. 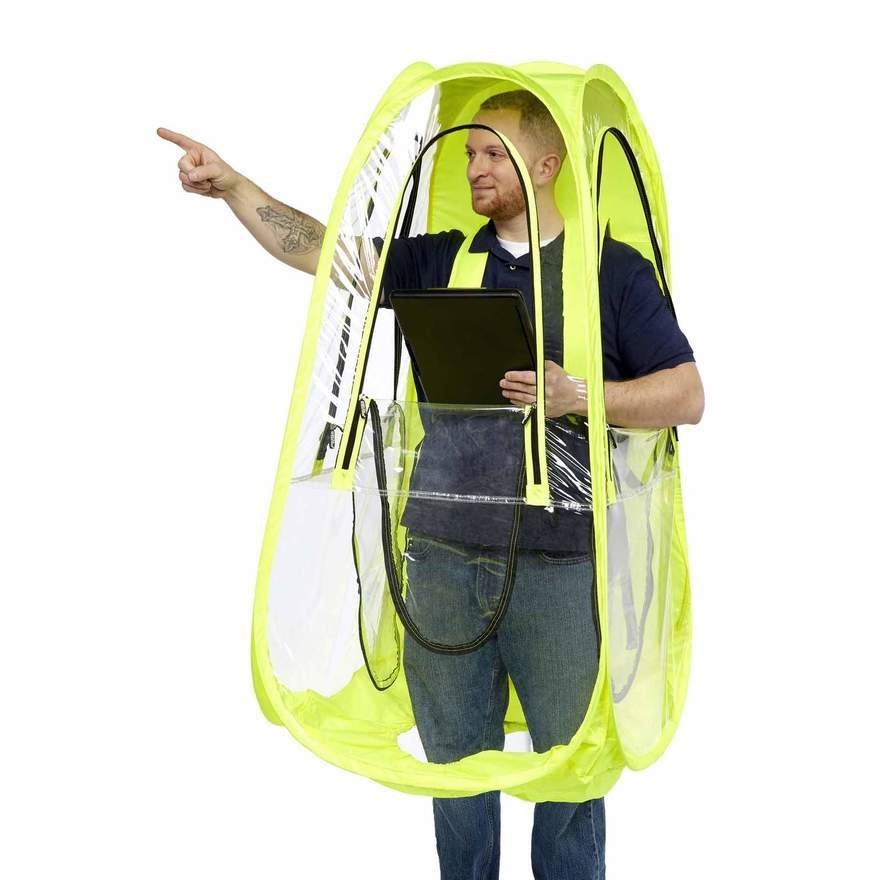 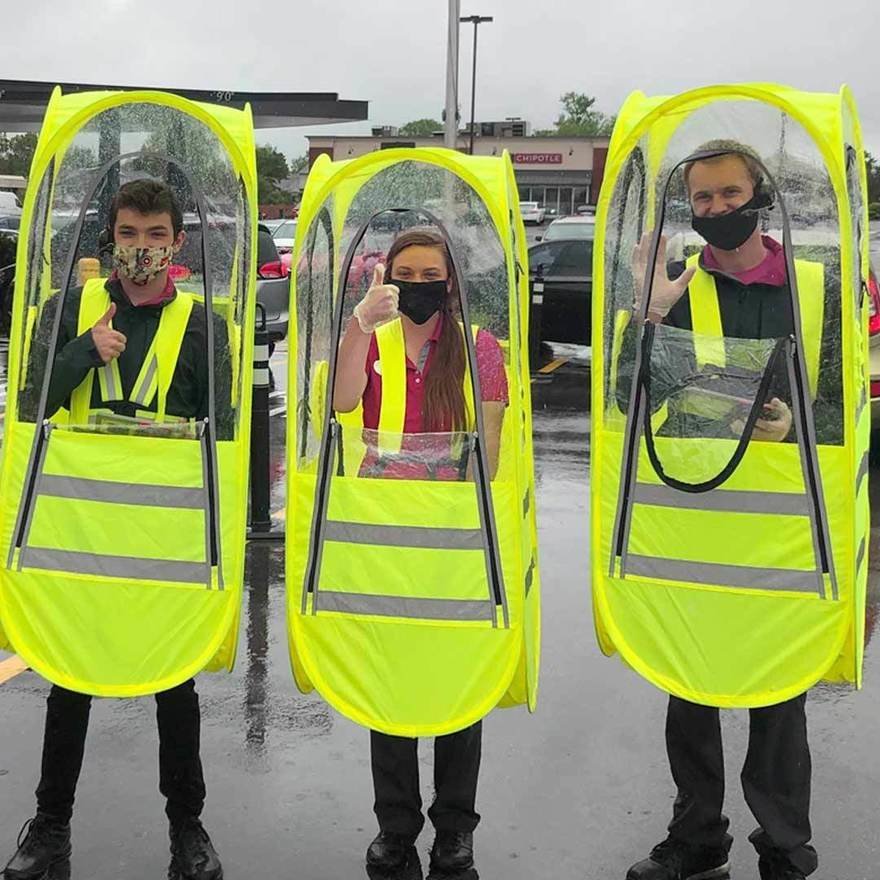 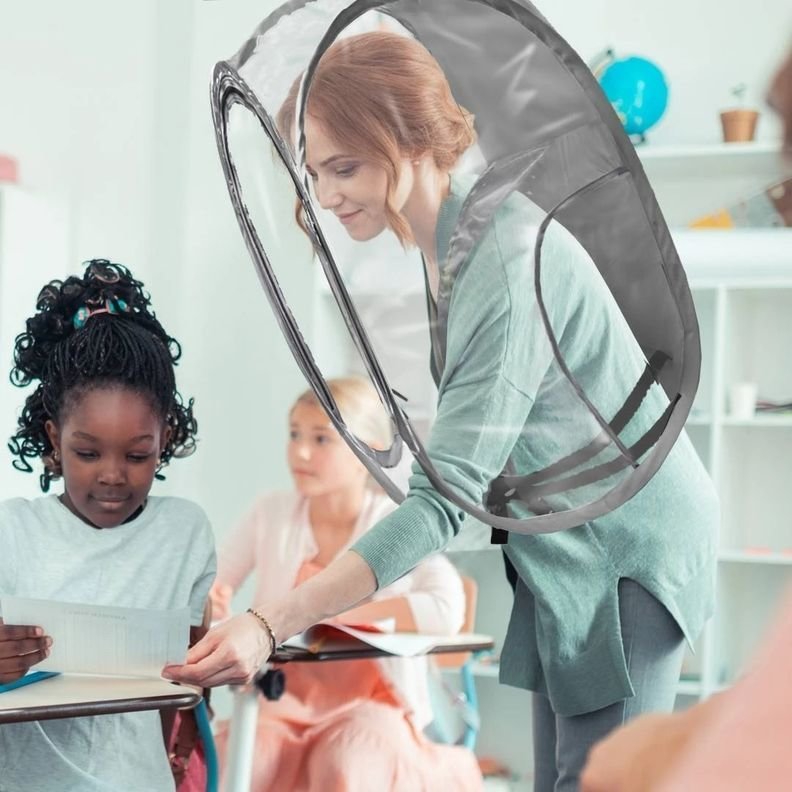 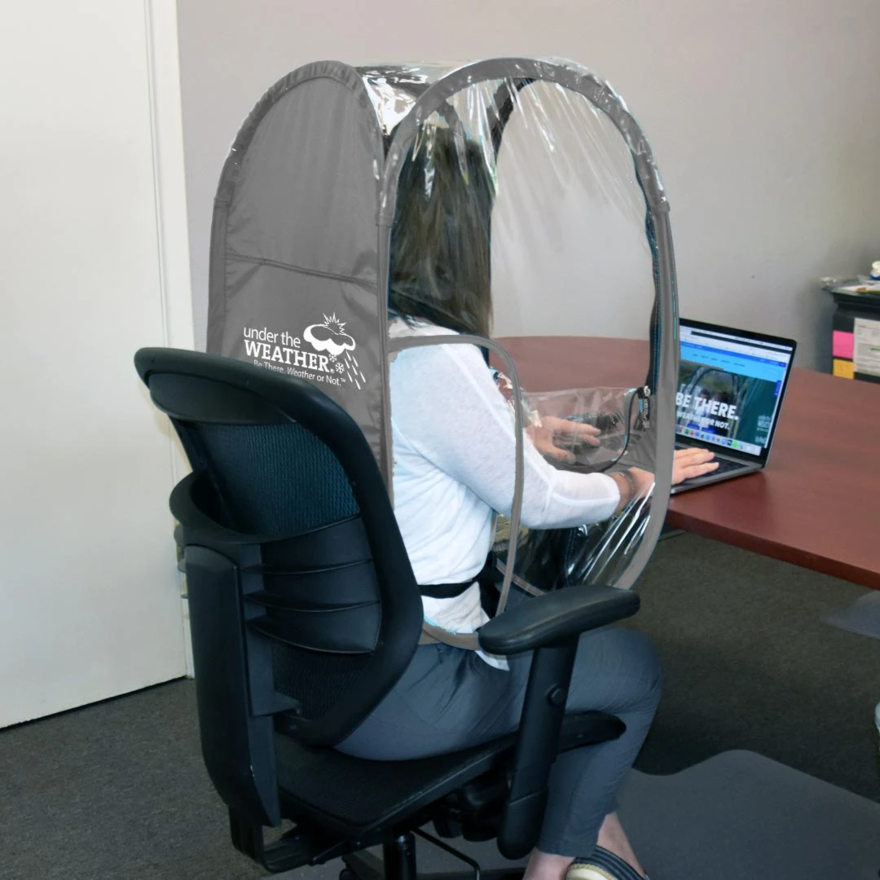 On the domestic front, the need to social distance unexpectedly inspired a series of more neighborly fence designs. 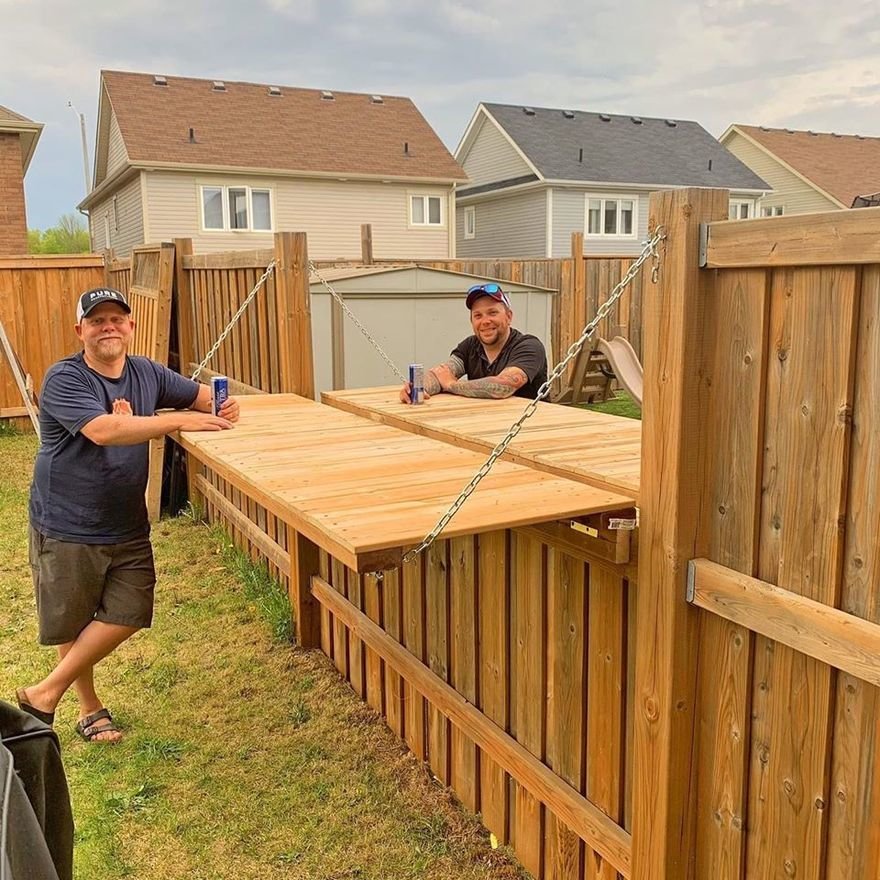 As Halloween rolled around, this guy came up with a zipline delivery system for trick-or-treaters. 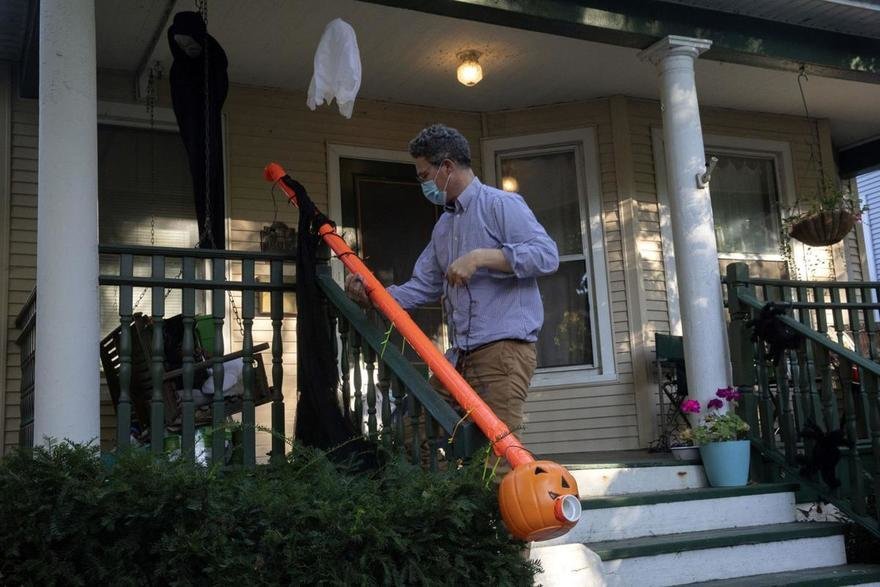 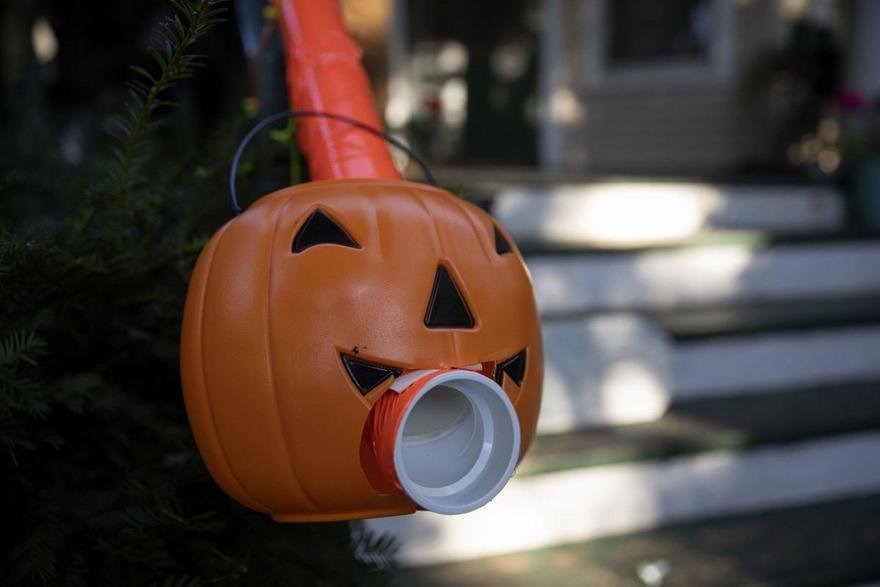 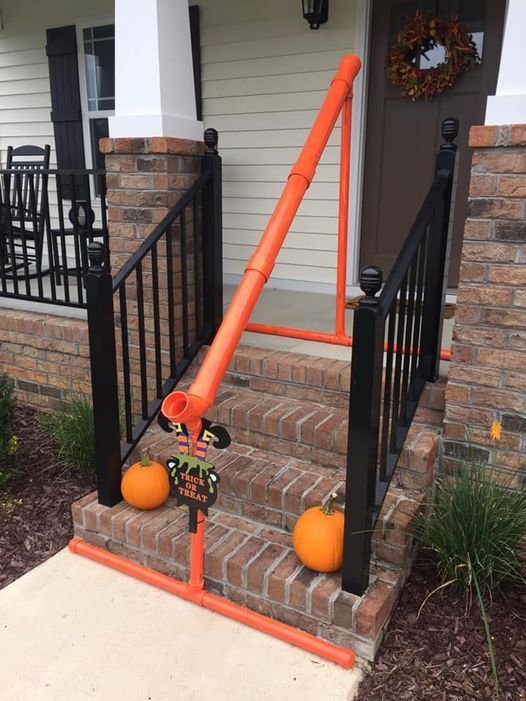 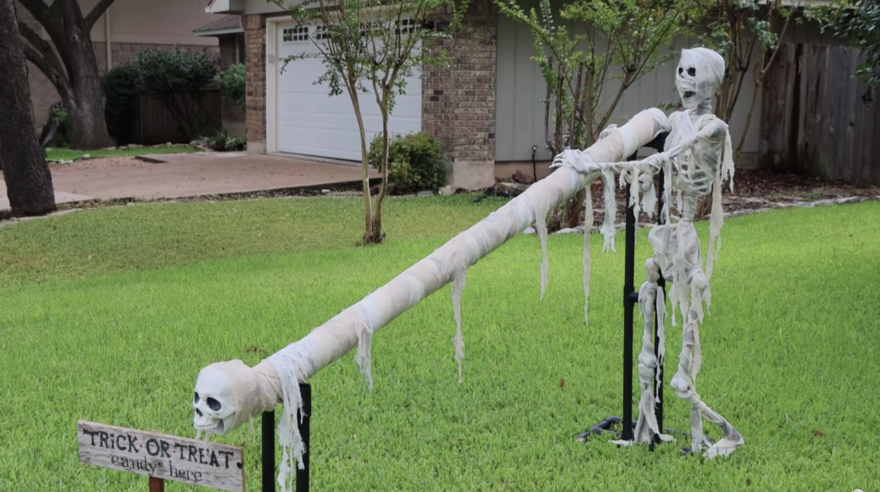 Holding children's birthday parties seems like a crazy thing to do during a pandemic, but that didn't stop this dentist from inventing a line of plastic protective shields for cakes. 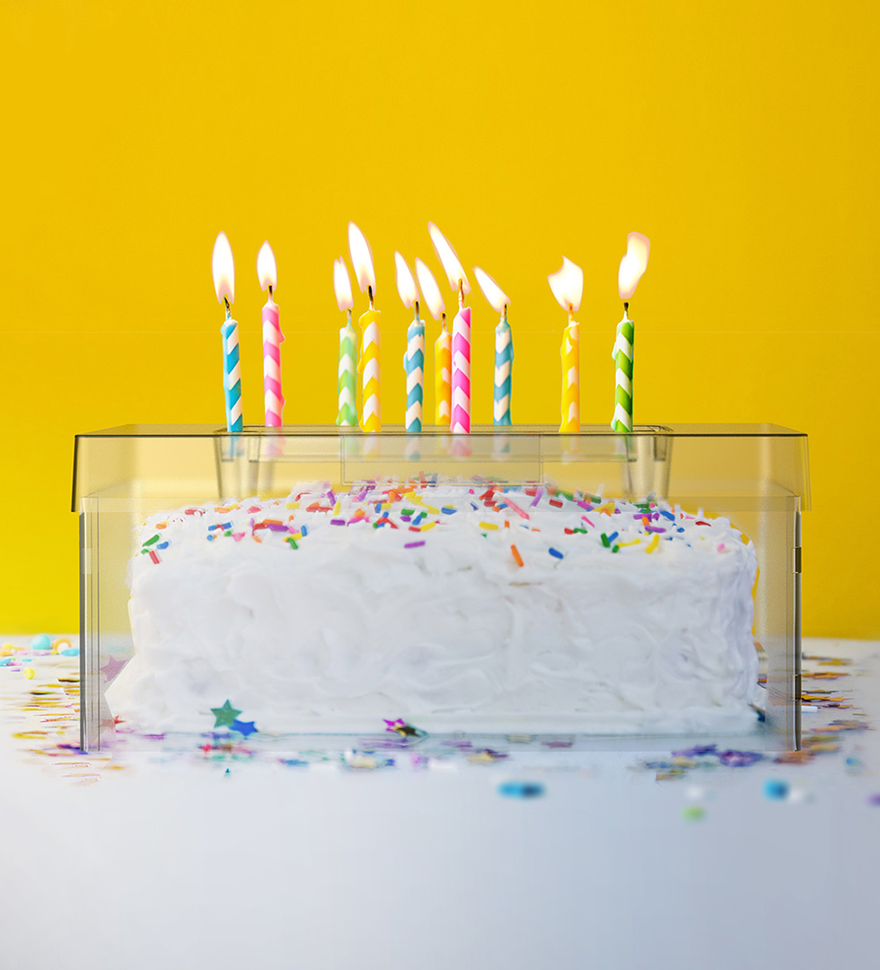 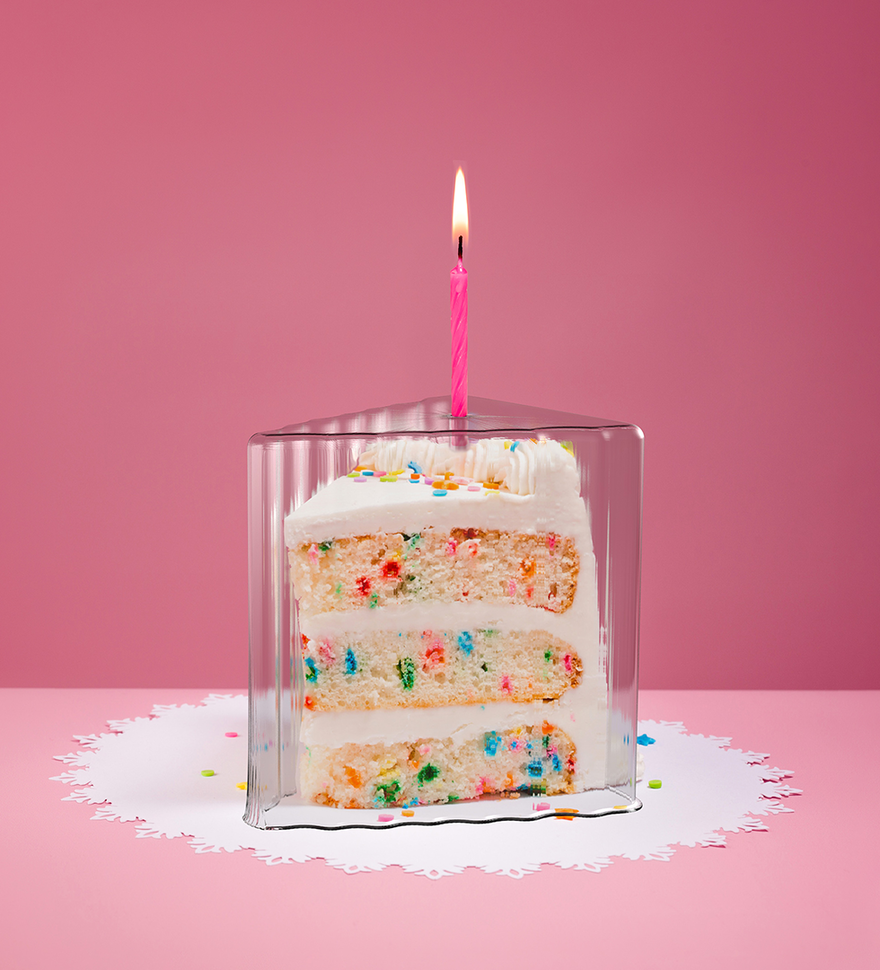 Up Next: Social distancing designs for environments and institutions.