The police response was inadequate, and the layout sure didn't help 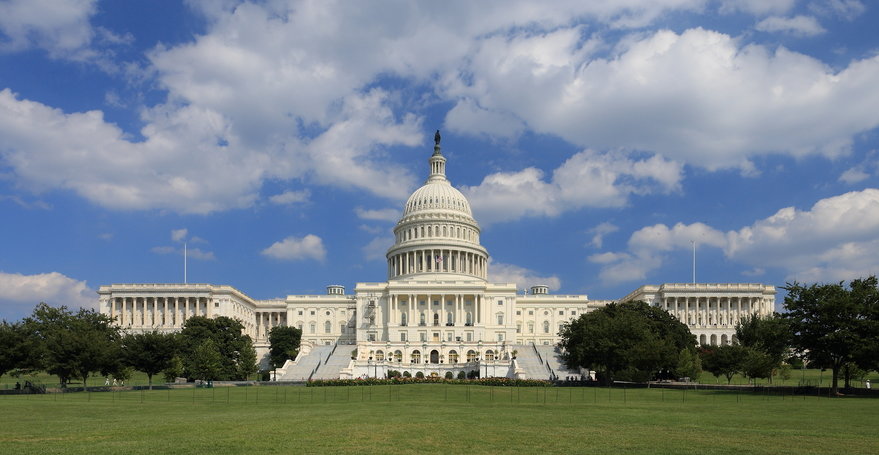 How did it happen? It appears the Capitol Police were both underprepared and badly outnumbered. On top of that, if you look at the design of the Capitol, you'll see it doesn't help matters. The Neoclassical design is ringed with windows and doors on the ground level, none of which appear to be reinforced; rioters managed to penetrate both. 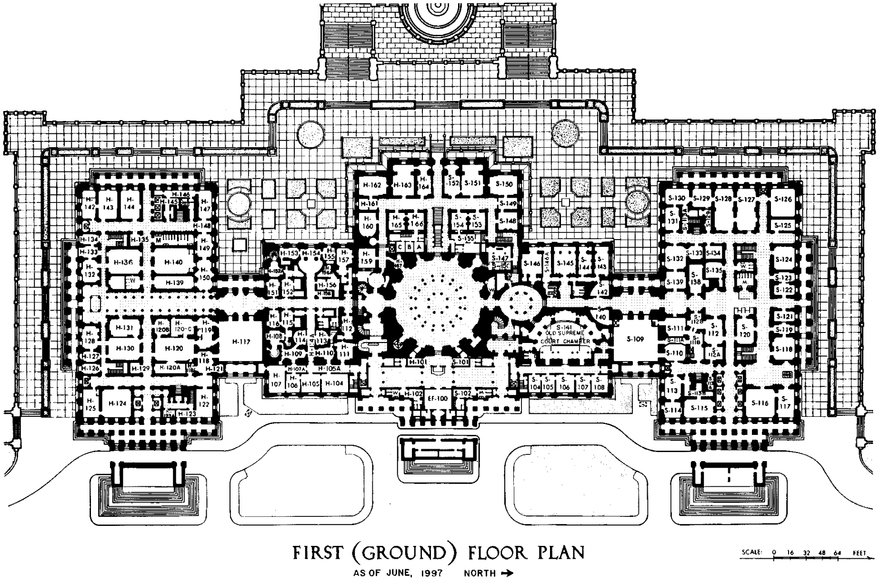 Anyone who's played a siege-style strategy game would reason that with so many potential entry points in the building itself, the dual stairs would be the obvious chokepoint at which the police could have held off the mob. 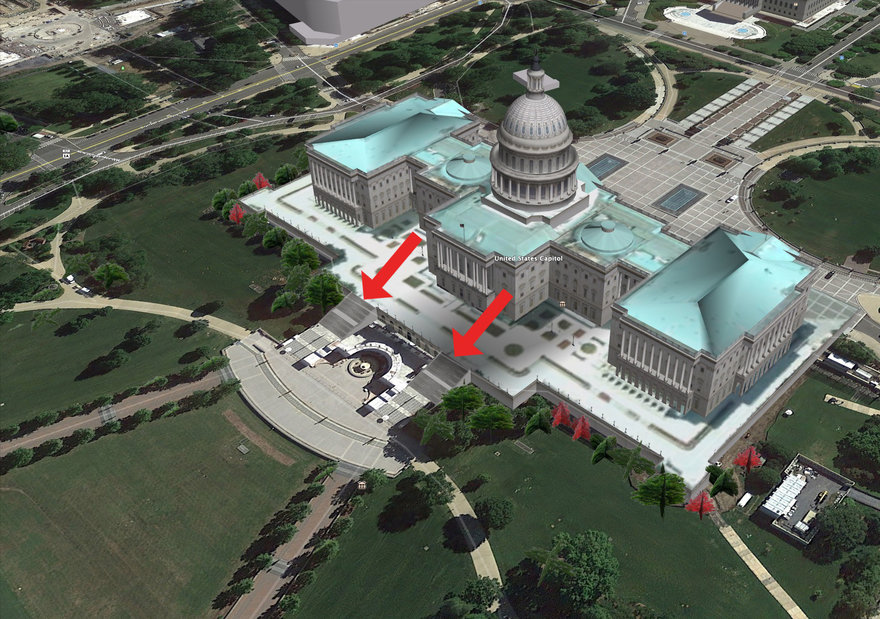 As we can see in the video below, that was exactly the police's plan, to cut people off at the steps. But there were just too many in the riot. Here's the moment at which the dam broke: 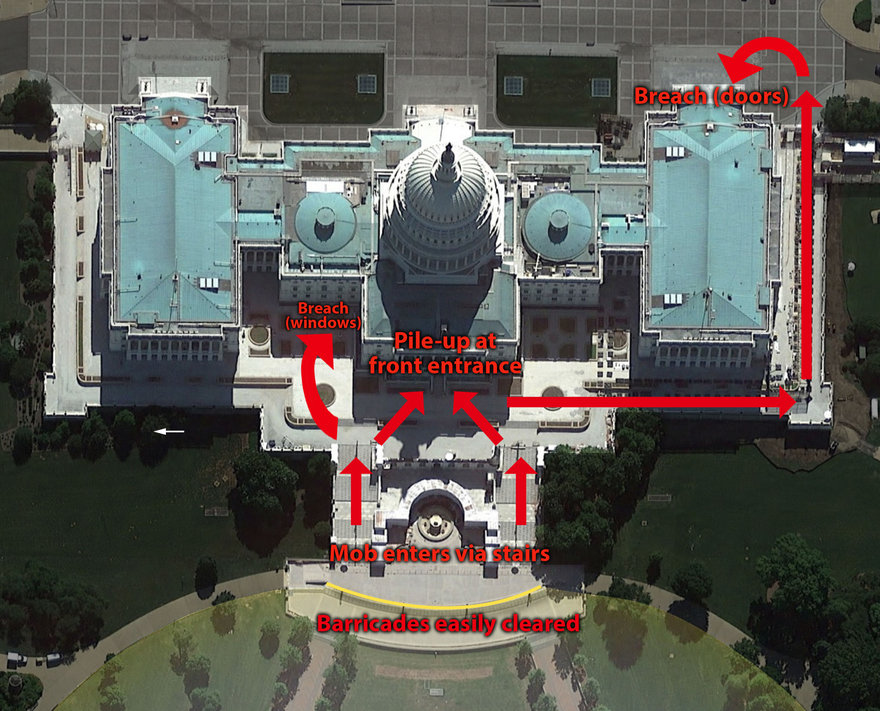 As you can see by the floorplan and where they were able to breach, below, it's obvious why it was complete chaos inside. The floorplan is a warren of rooms and corridors, with no easy way for a limited force to cover them all. (Apologies for the confusing flip, but the floorplan is rotated 180 degrees compared to the satellite images above.) 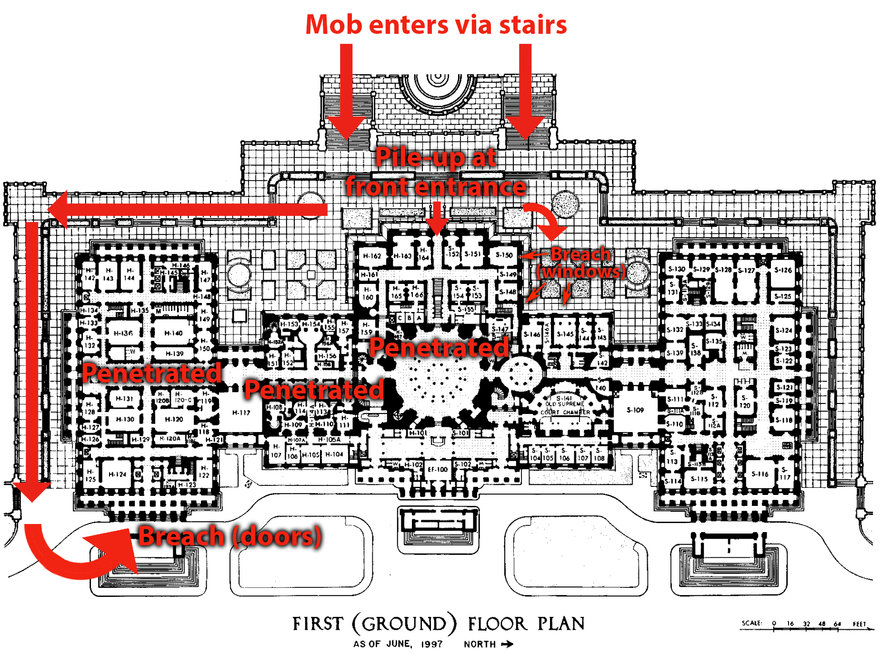 Interestingly enough, Gainer had foreseen such an event and came up with a proposal to counter it, but was turned down:

The challenges of securing the Capitol have been discussed in hearings and in reports for years. In 2013, Gainer said he proposed a fence, to be called the Capitol Gateway, to stop such a mass assault. It was never built.

"The idea was roundly defeated," he said, because members of Congress wanted to protect the public's access, and did not want the complex to look like a fortress.

I can understand that Congress doesn't want it to look like a fortress. Because that…might look bad.