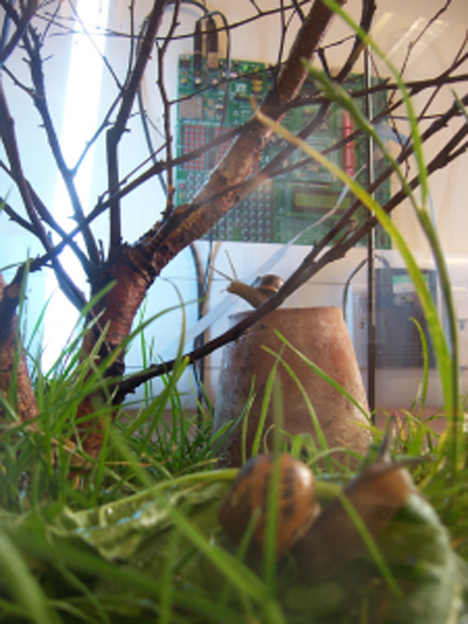 The speed and immediacy with which emails are delivered is one of the technology's best selling points, but a project by a group of British artists at Bournemouth University is challenging the notion of how best to communicate electronically.

Created by Boredeom Research,the Real Snail Mail project, which will be part of the SIGGRAPH 2008 Slow Art Exhibition in August, uses snails kitted out with RIFD chips as "delivery agents" of electronic messages. Users of the service send a message via the Real Snail Mail Website which is routed to a holding tank at the speed of light to await collection by one of three snail agents.

more after the jump. 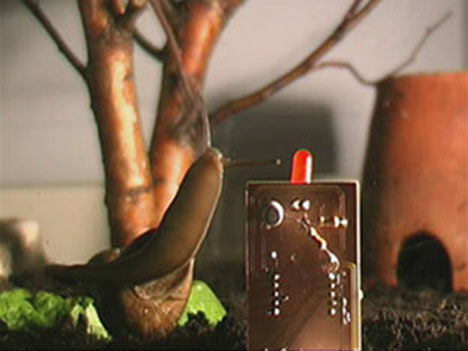 As the snails wander around the tank they eventually come into range of the electronic reader designated as "the collection point", and the first email in the queue is attached to their RIFD chip. The snail then lugs the virtual message around on its back until it slithers within range of the "drop of point," at which point the message is then forwarded to the recipient.

But patience and chance are the key factors governing deliveries. If your message is picked up by Agent 002, a snail named Austin, then you'll have the best hope of a speedy delivery because his average delivery time is 1.96 days. Agent 001, better known as Cecil, has an average delivery time of 3.26 days. But heaven help you if your message is assigned to Agent 003, or Muriel, because she hasn't delivered a single message yet.

What the folks at Boredom Research really need to do is make this more interactive by creating a tracking system so that users can track their mail and everyone can root for their favorite agent. OTB anyone?